February was a drastic improvement upon January, thank goodness!!! 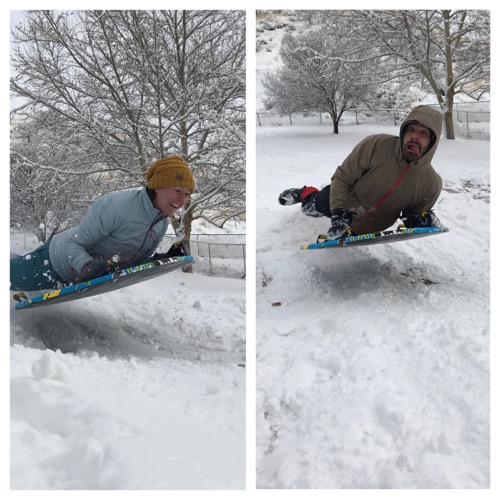 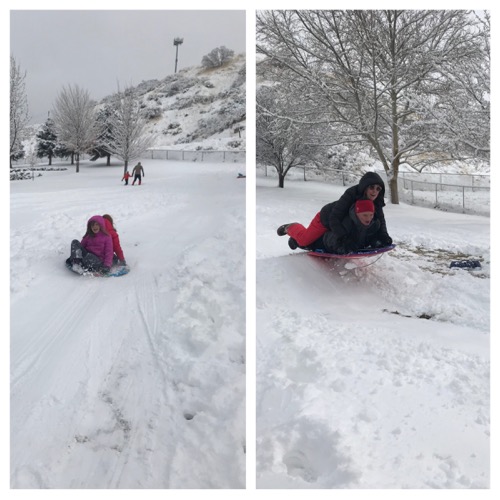 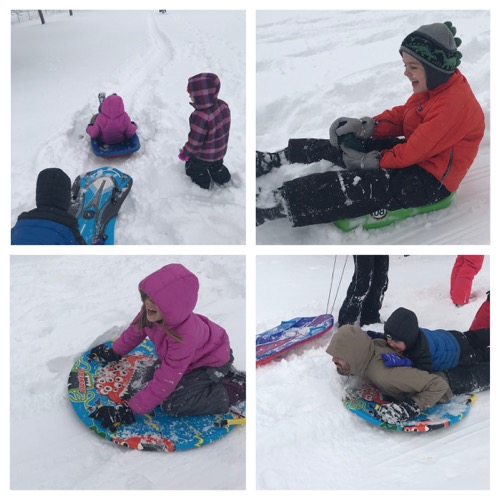 Probably my favorite Saturday morning of the year thus far: 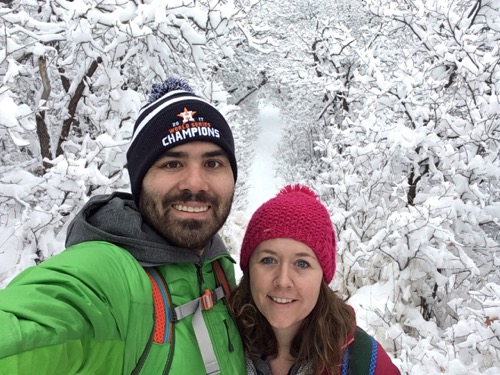 No one else was on the trail.  The snow makes everything beautiful and muffles all sound.  Heaven. 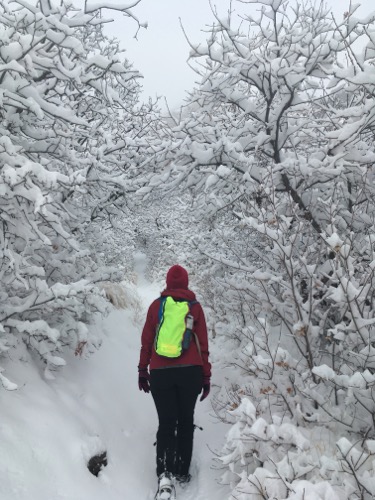 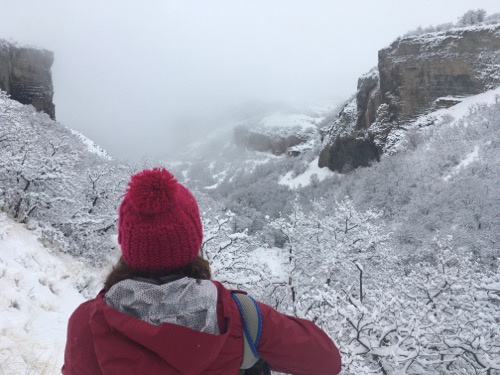 And even some sunshine. 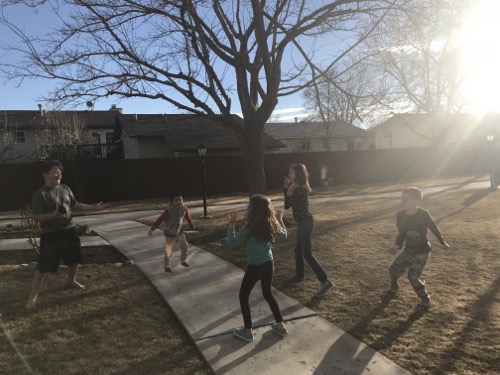 Afternoons are always better when they want to play outside after school. 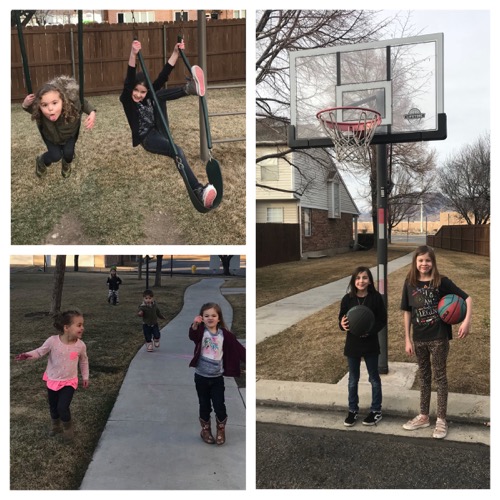 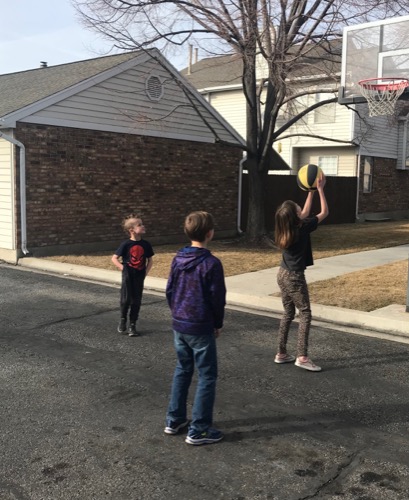 I was forced to go on the 2nd grade field trip to The Museum of Natural Curiosity, as no other parents had signed up to go. 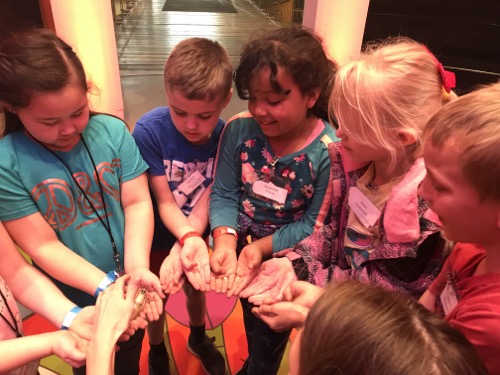 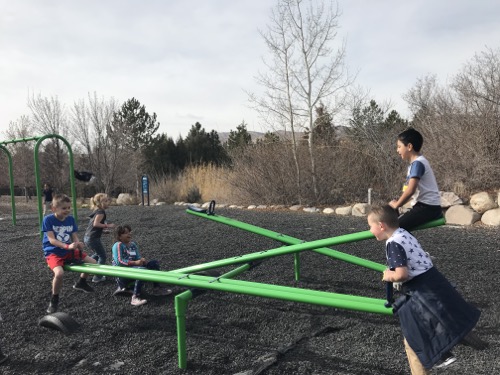 Sometimes I make dinners I want, knowing that no one else will eat them.  This minestrone soup being one of them.  This is Paul’s crazy busy season, so he isn’t ever home for dinner, so I was prepared to face 4 whining kids just so I could eat this yummy soup. 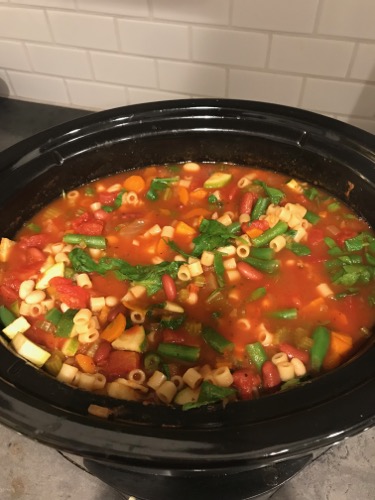 Instead it was lots of laughs as everyone did their required “Thank you bite”.  Luckily, some of neighbor moms came and scooped some out, so I didn’t have an entire crockpot full of soup leftover. 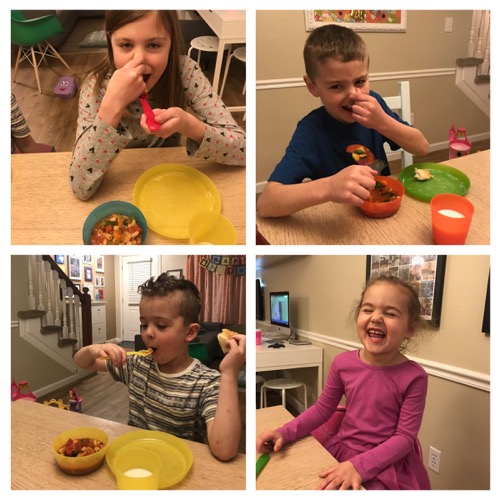 Miles and Crew were home “sick” on the same day.  It actually worked out great.  They played mario kart and mine craft most of the day together.  At dinner that night they actually wanted to sit by each other (Miles will usually only sit by an adult or Macey) and then even made up their own “best brother secret handshake”.  Glad they got some bonding time in. 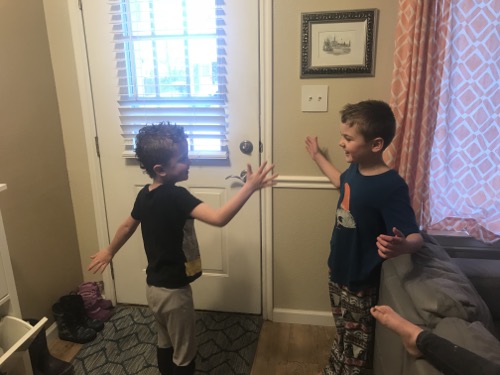 The kids favorite outing this month was a trip to the mall to ride the animals. 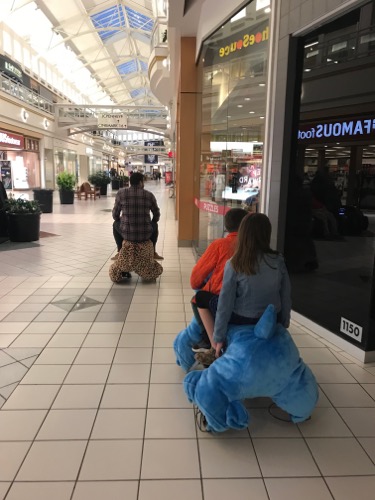 There were a few crazy drivers, but luckily the mall shoppers were light on their feet and no one got ran over. 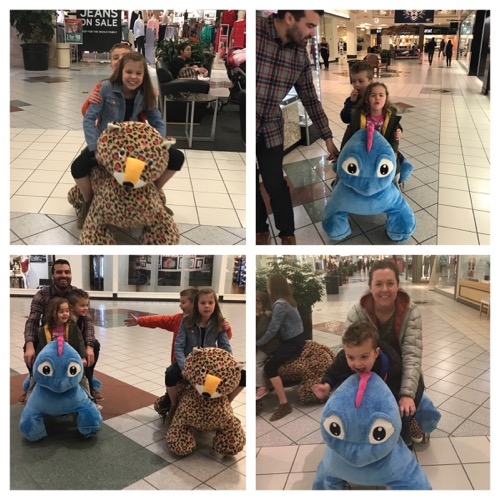 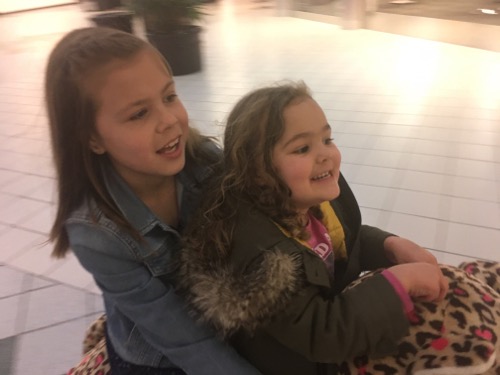 Other things I want to remember:

Ruby wanted to match me with our “kitty vests” for church. 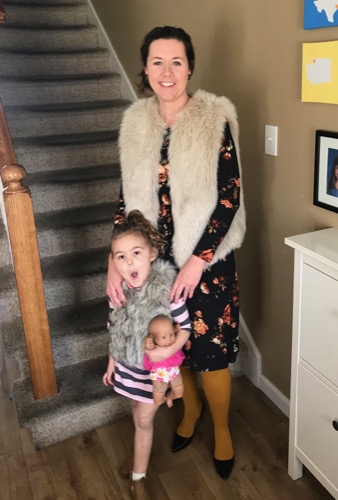 Crew is always wanting to do science experiments. 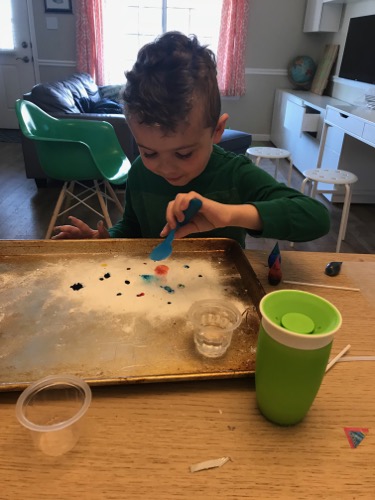 baking soda, food coloring and vinegar…always seems to do the trick. 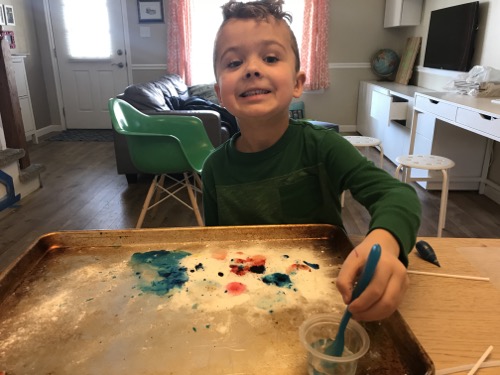 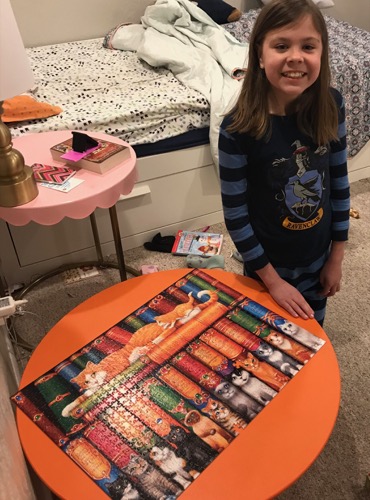 We have never owned a puzzle with more than 45 pieces, so this was quite the undertaking and was so proud of herself when she was done! 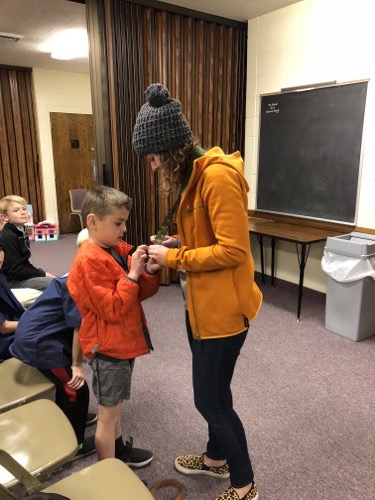 Macey took Tajen and Carmen to a BYU game. 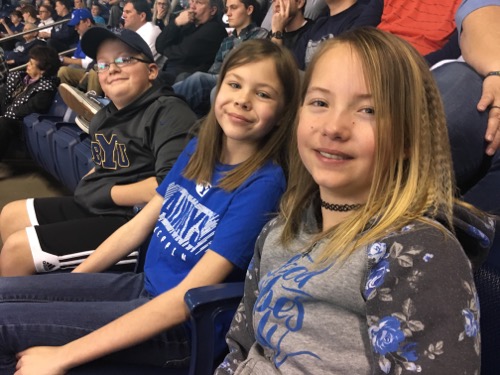 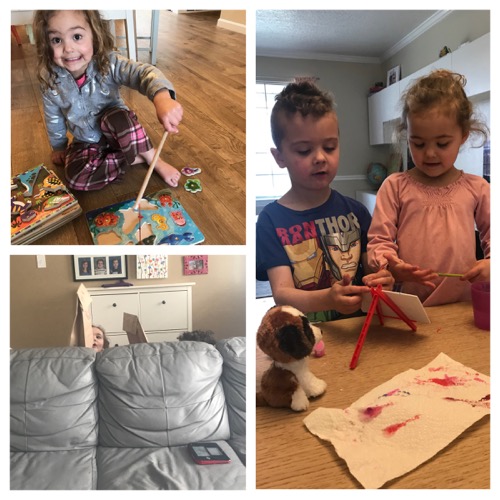 puzzles, puppets and Crew painting a portrait of Ruby. :)  Sometimes I don’t know what I’m going to do when we loose Crew to all day school next year. 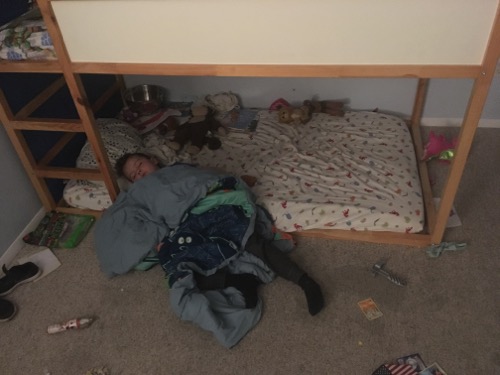 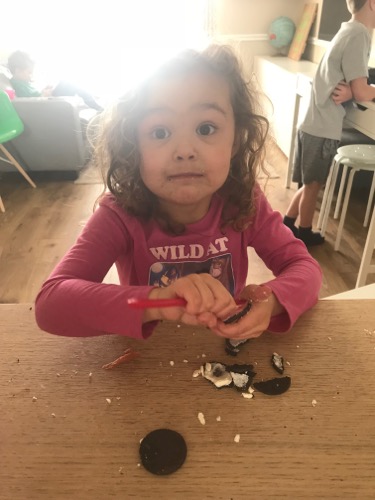 Not that I will be bored or anything with this one to entertain me. 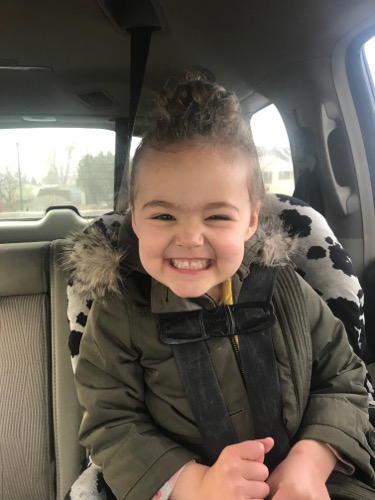 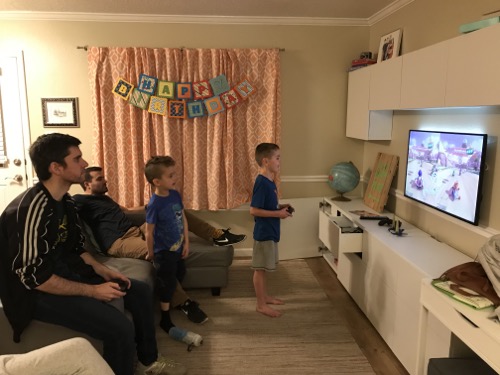