This kid is a whole hand. 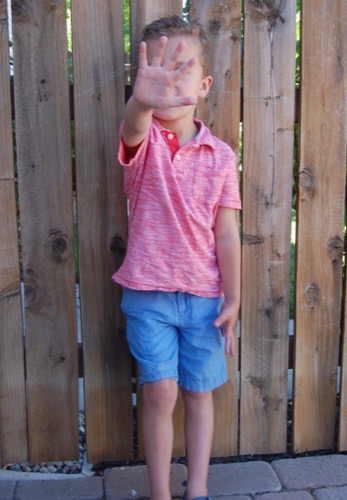 All he wanted for his birthday was a waterslide party with the neighbor kids. 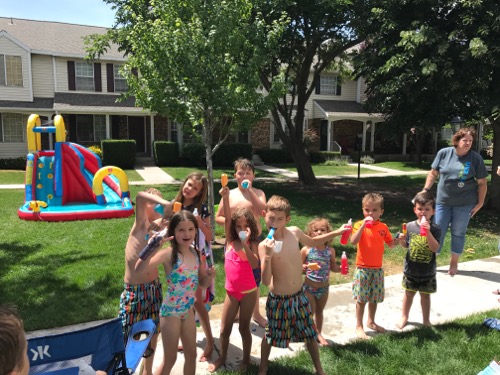 I was at the dollar store the morning of his party and thought about grabbing some balloons, but then I decided “nope”, don’t want to set the bar too high for myself. 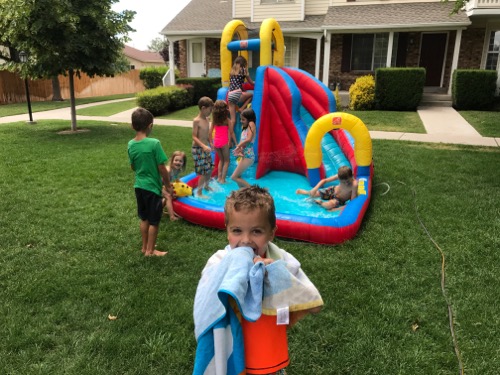 Waterslide, water balloons, juice boxes and popsicles.  No decorations, no candles, no snacks.  Just lots of fun.  It’s my kind of party. 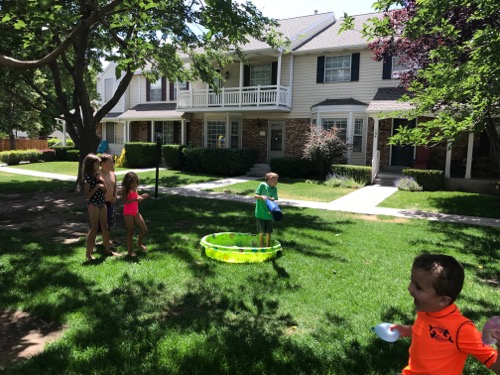 Paul pretty much provides the entertainment and had the most fun with the twins and tajen during the water fight. 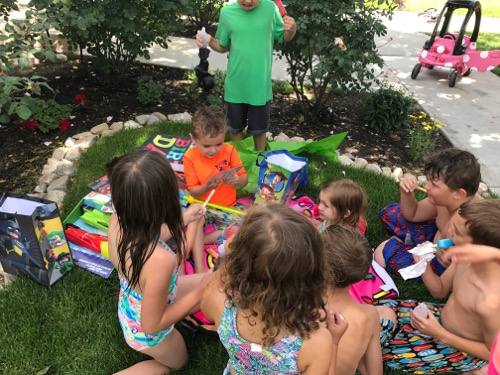 The highlight of the party for Crew was Madden coming, his new bff. 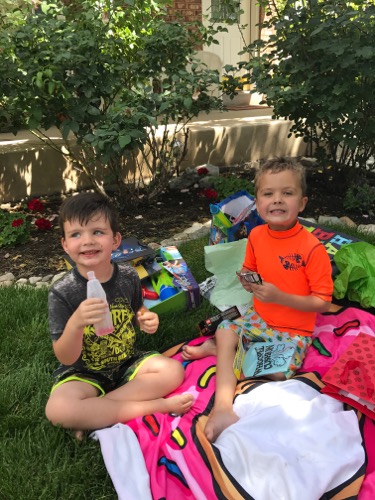 These 2 are the cutest and so similar in personality, I love that Crew finally has a friend in the neighborhood to play with (Georgia babysits him).
This is typical Crew.  All the other kids were having a water fight with Paul, so he took the opportunity to play on the slide without all the chaos. 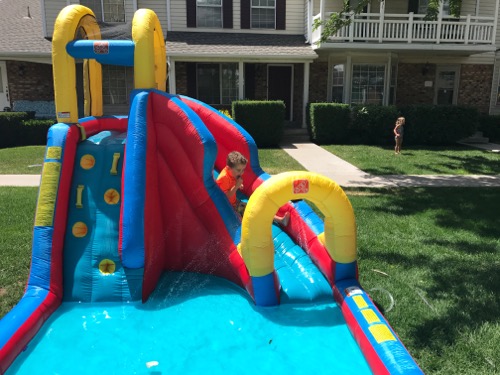 On Crew’s actual birthday we headed to Goblin Valley to stay at The Yurt. 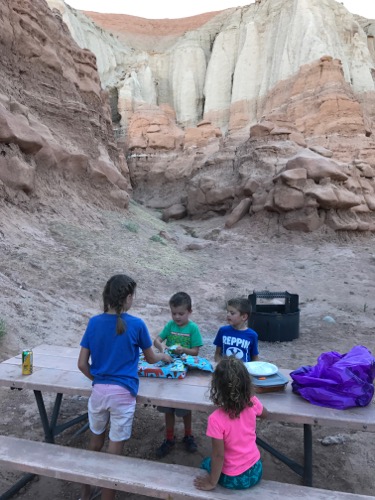 Can’t beat this background for presents and cake. 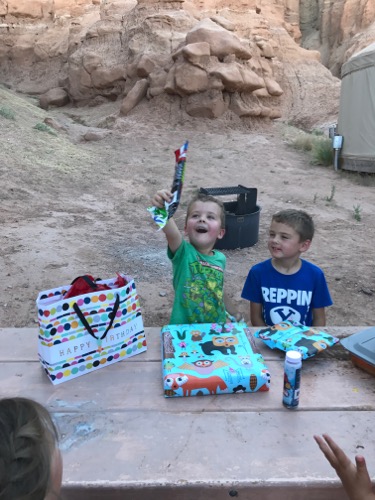 And yes, I brought the “4” candle instead of the “5”.  Mom fail.  Luckily Crew didn’t seem to mind and all the kids just laughed at me. 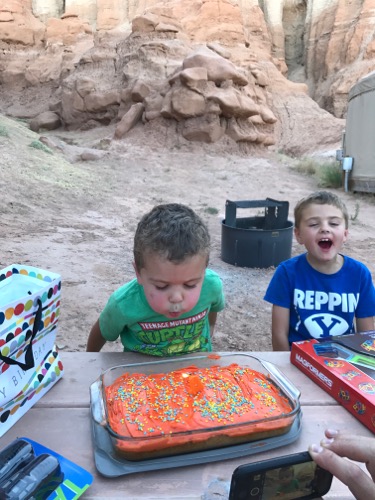 We got him Walkie Talkies.  The real kind, not the kid kind.  It was the best present ever. 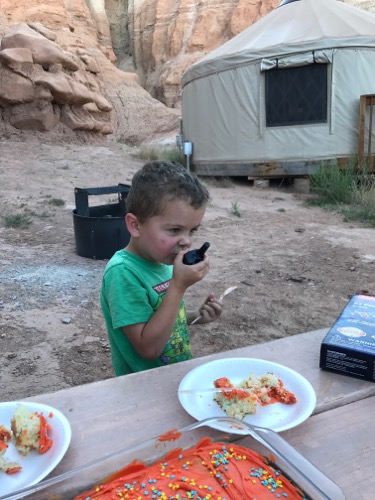 They ran around the rest of the night.  We heard lots of “Do you copy?” and “Brother! Brother!” and “I’ve captured her”.

They gave each other call signs.  Crew was Honey Badger, Miles was Cobra,  and Macey was White Tiger. 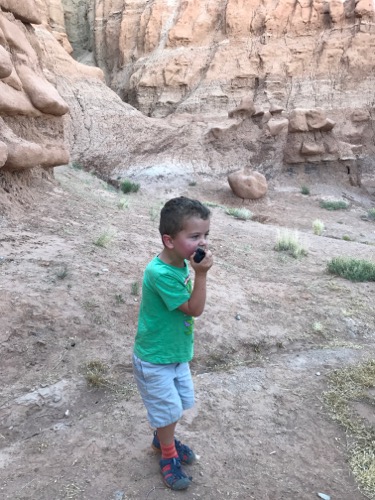 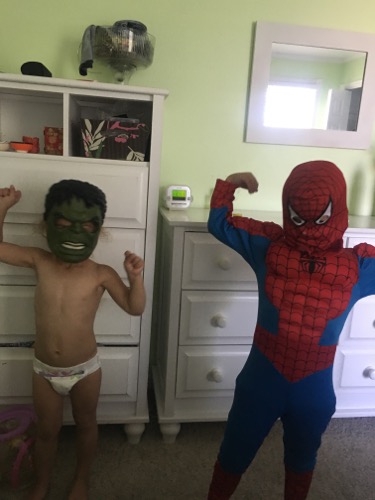 Crew is my sweet and sensitive child.  He still loves hugs and cuddles and always wants me to carry and hold him. He also happens to have the ability to move slower than any child I have ever seen.   Ruby still picks on him and he still doesn’t fight back. 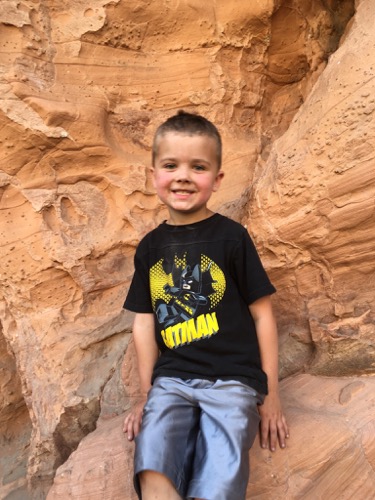 He is also very funny and always cracking jokes and using funny phrases. Currently he is obsessed with hot dogs and finds any excuse to bring them into conversation and pretends that everything tastes and smells like them.  He thinks it’s hilarious. 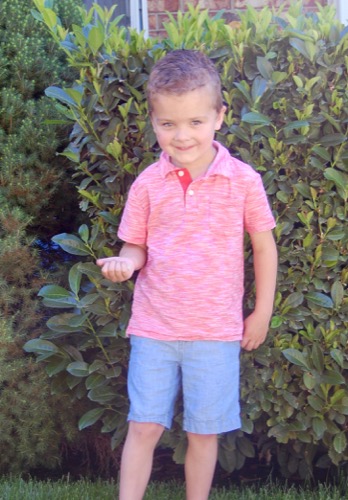 And this is the look I get every time he is about to attack me or do something silly.

He has this little red spot on his cheek and I was asking him to help me remember to ask the doctor about when we went to his well check. 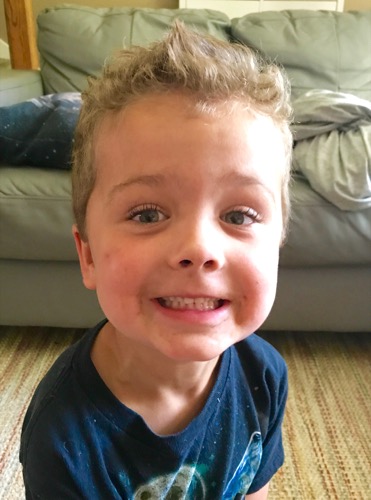 “Oh, it’s ok mom.  Some kids that are really cute just have these.”

And according the Doctor it is called spider nevus.  I like Crew’s answer better. :)

Crew’s favorite person is the whole world is Paul.  He loves to go to Lowe’s with him, play video games with him, watch Superhero Movies with him,  and the highlight of his life was when Paul took off work early to take JUST Crew to see Lego Batman at the movie theatre. 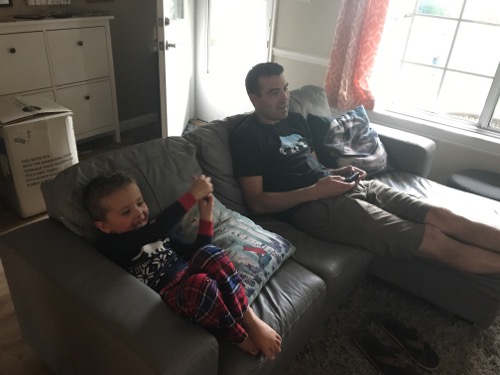 He’s an easy one to please, this kid. 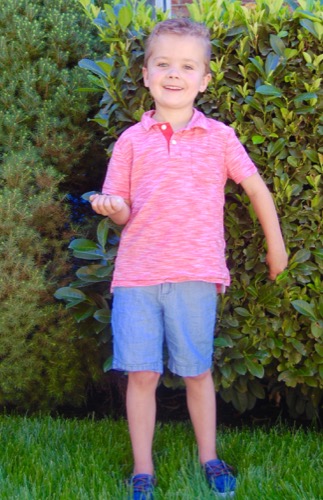 And he is holding a worm, in case you are wondering why his hand looks like that.  Typical. 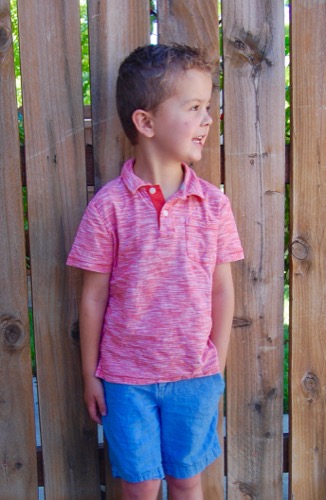 Crew is the best.  And I am so thankful for half day kindergarten, I am not ready to part with this kid for an entire school day.  I’ve got to savor these little kid days as long as I can. 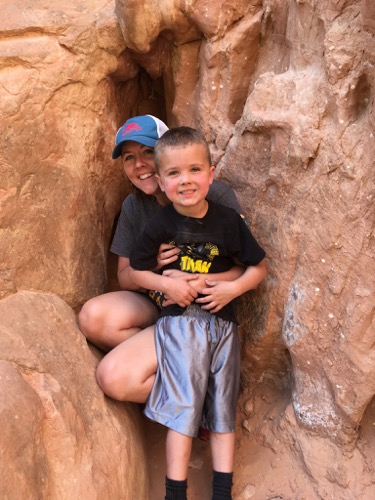