Paul and Steve took Macey and Ethan on their first overnight backpacking trip up to Silver Lake in American Fork Canyon. 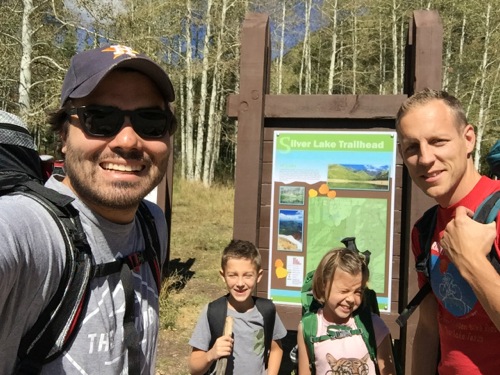 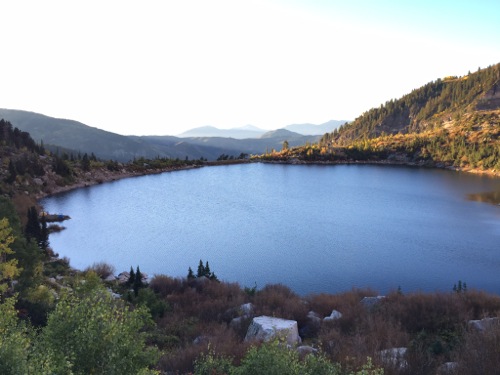 The hike was just over 2 miles in and an elevation gain of 1,450 feet. 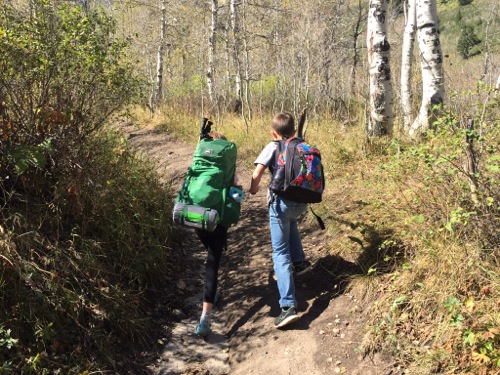 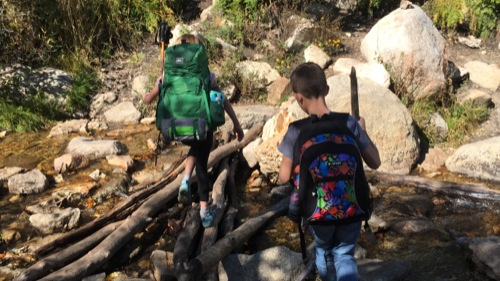 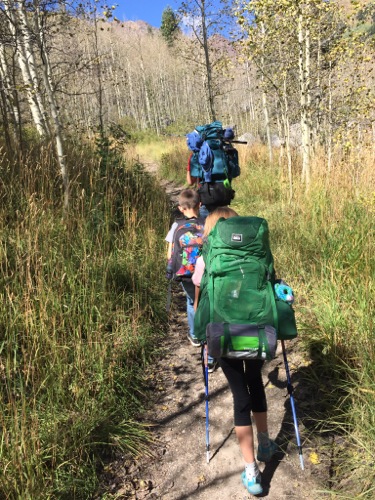 Macey was so excited that she was big enough to carry all her own stuff (sleeping bag, sleeping pad, clothes, gear…everything for her). I don’t think she was as excited about it half way through the hike, but she did it and I was impressed. 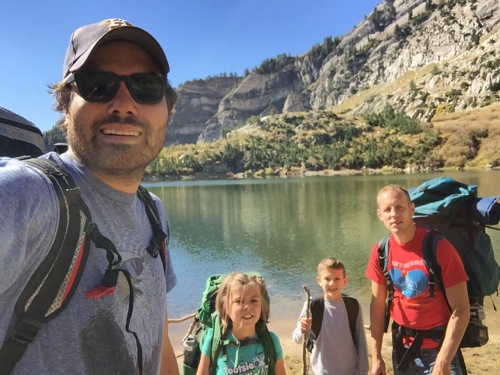 I was a bit, ok a lot, nervous about bears.

So, Paul got bear spray, taught Macey what to do if they saw one, bought a bear can, and made sure to set up their kitchen up away from their tents.  He’s a good husband to ease my fears like that. :) 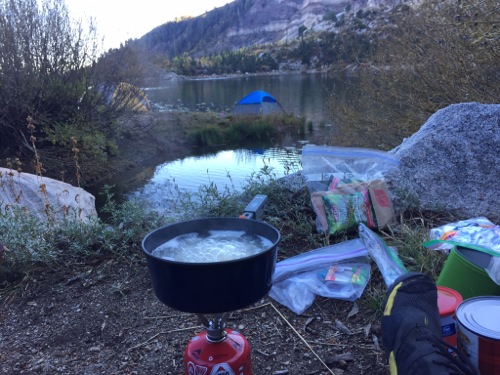 It happened to be the coldest weekend since summer, there was frost everywhere when they woke up, but they both slept totally fine (I would not of slept at all). 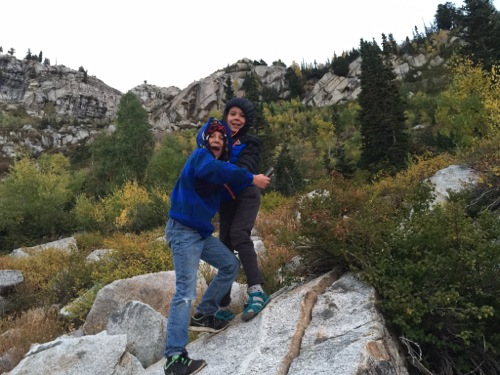 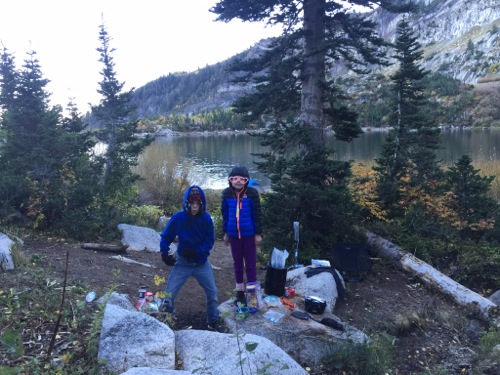 Macey gave it 2 thumbs up and said it was just as fun as Disneyland and given the choice between the two she doesn’t know which she would choose. 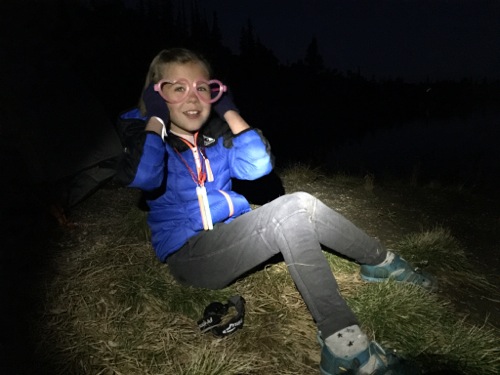 Her favorite part was climbing around on these rocks, which is her own personal heaven.  She of course ripped her pants in the process. 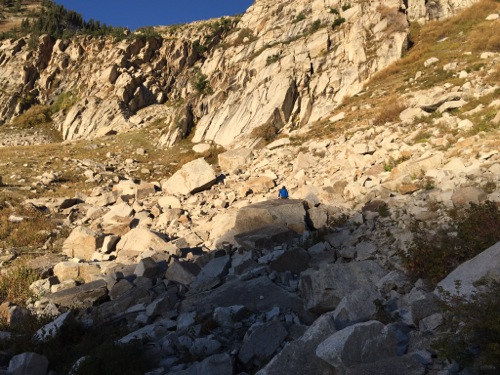 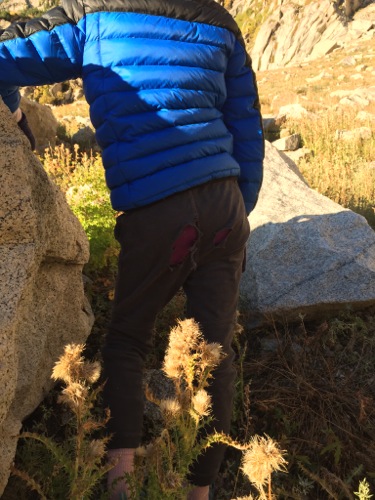 Things Paul wants to remember about their trip: 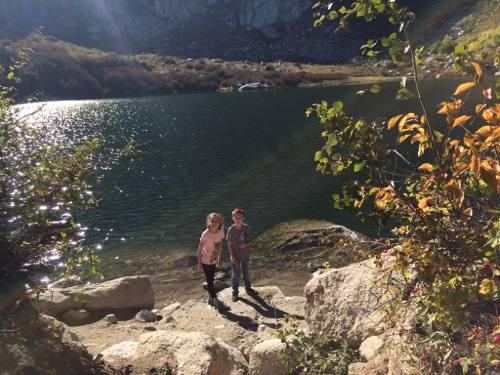 He told Macey not to go in the water, she did and then was freezing cause her shoes were wet.  She had to wear his socks and still did some pouting about it. 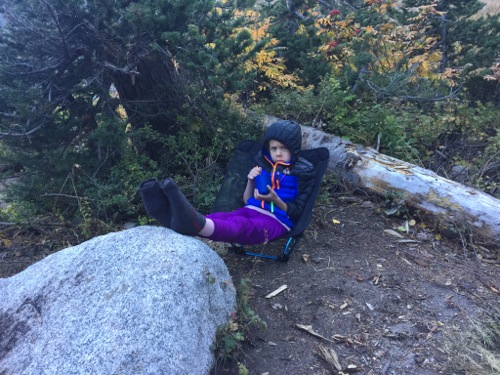 Macey kept asking “how much longer” the entire hike, but then forgot she was tired once they got there. 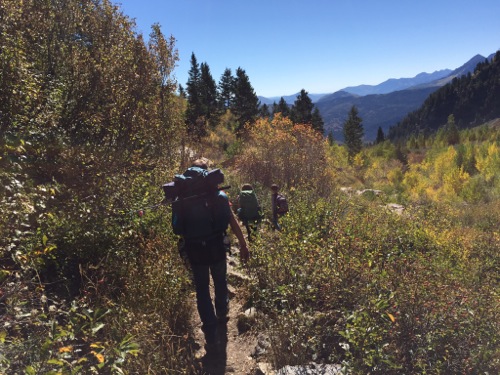 He is still mad that Steve accepted an out of state job offer immediately before their trip.  And because of that they can’t make this a tradition, and he now has to find a new (probably not as cool) friend to go backpacking with. 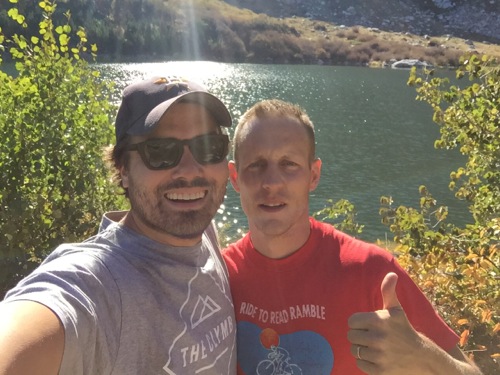 So glad everyone survived and maybe next year I can convince him to take Miles too. :) 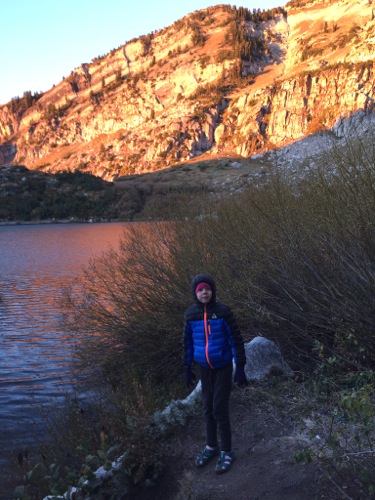 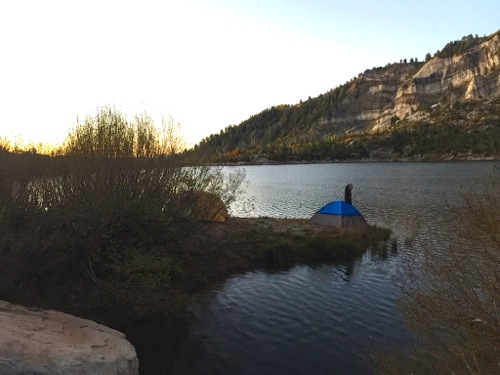 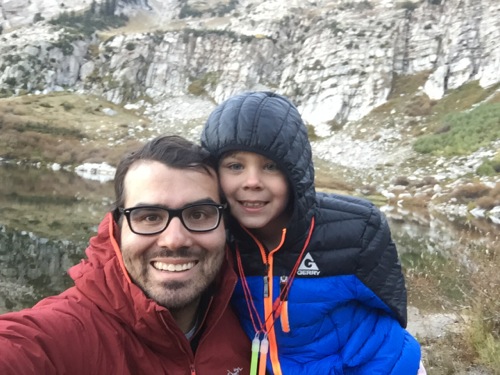