Domo was good to us in September.

First there was the annual BYU tailgate. 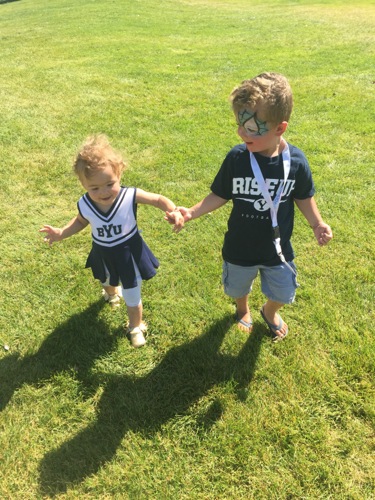 There was food trucks, bounce houses, giant inflatable balls to roll around in, drinks, candy, face painting, and pretty much anything else a kid can dream up. 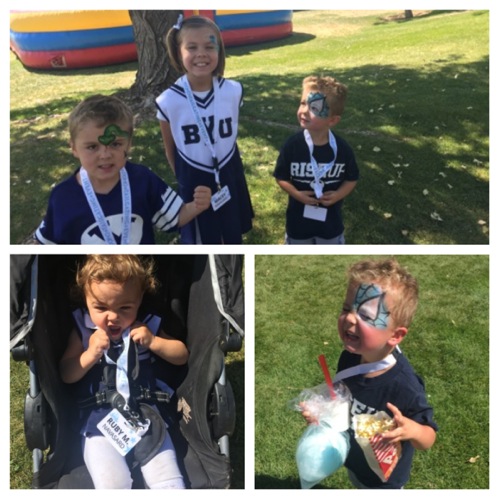 And it’s all free with very little lines (my favorite part).  Pretty much the kids think Paul has the coolest job in the world. 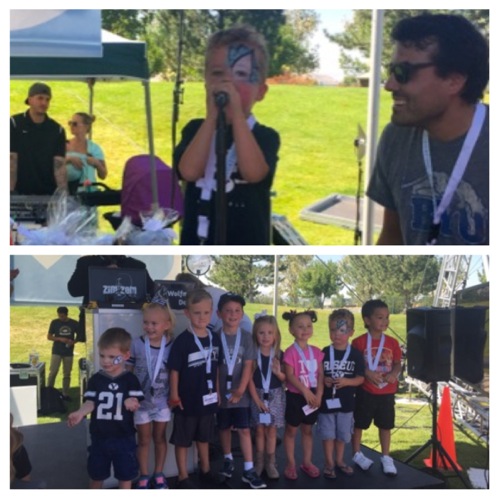 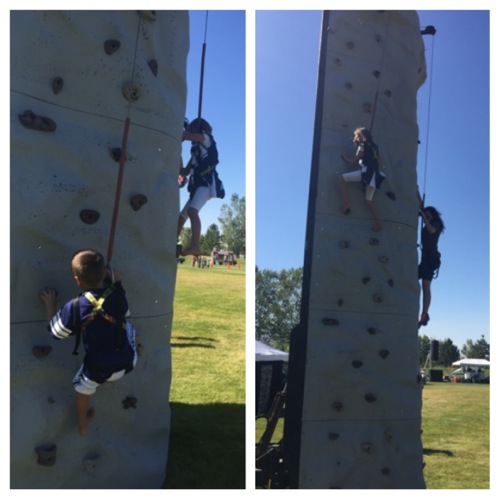 Later in the month Paul got an email from his CEO’s assistant asking if he would want 2 tickets to fly with the BYU football team to Michigan for the game!?! 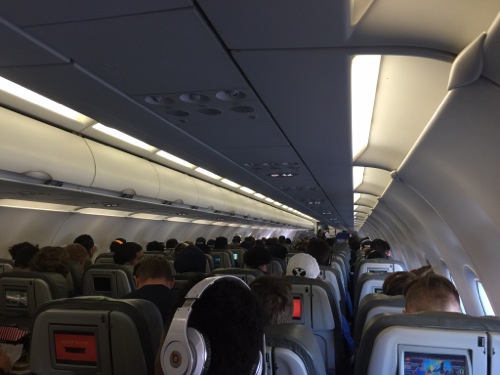 We had 3 hours to tell them yes or no, so I frantically sent out texts to my wonderful friends trying to find babysitting for my crazies for 2 days.  I got it all set up and we were off.  And seriously chartered flights are the only way I want to fly from now on. :) 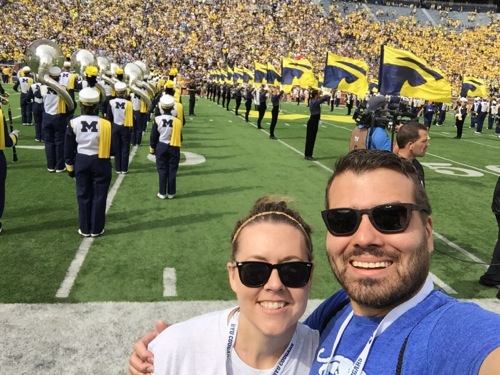 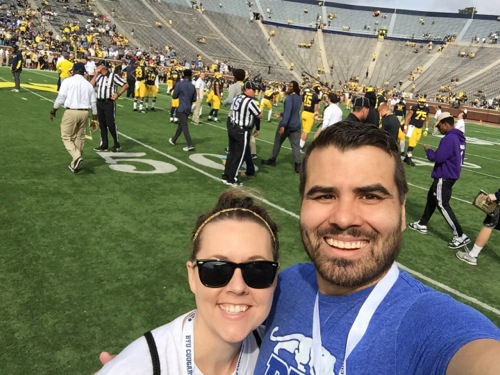 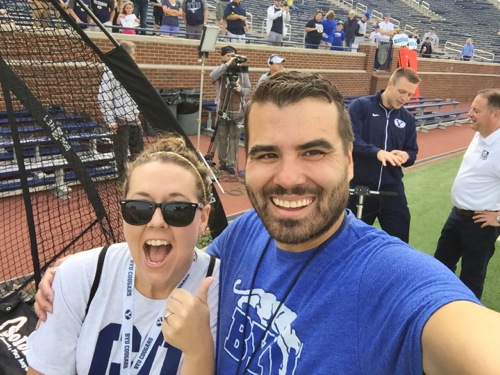 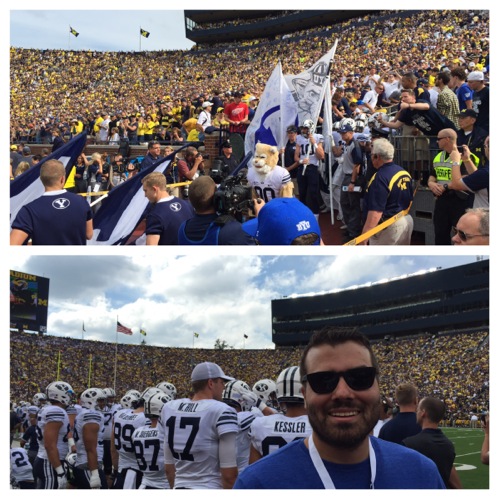 As you can imagine, it was awesome.  The Big House was huge.  The fireside the team did was amazing.  There was never a lack of food.  Everyone was extremely friendly.  Watching the game from the sidelines was unforgetable. Loved having our own personal guide in Lee Johnson. And man, was it nice to have a paid vacation away from our kids where I had to plan nothing. (we aren’t going to talk about the score though). 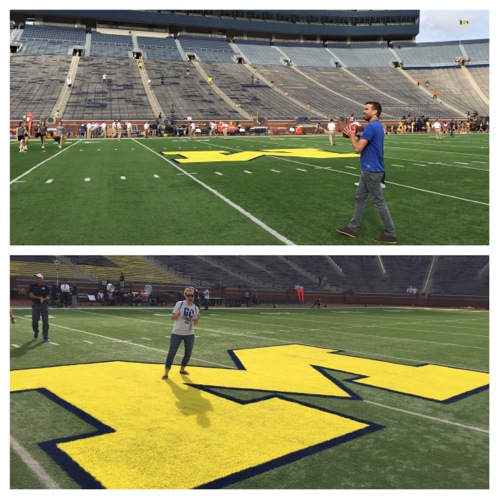 Pretty much one of the cooler things I’ve gotten to do with Paul. 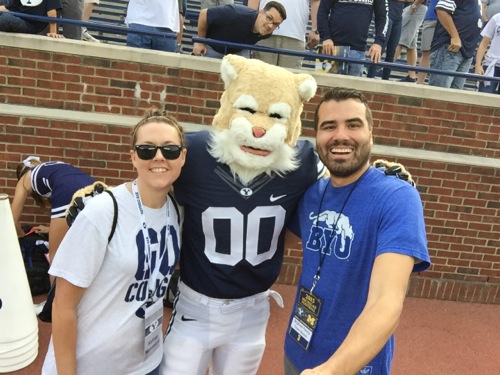 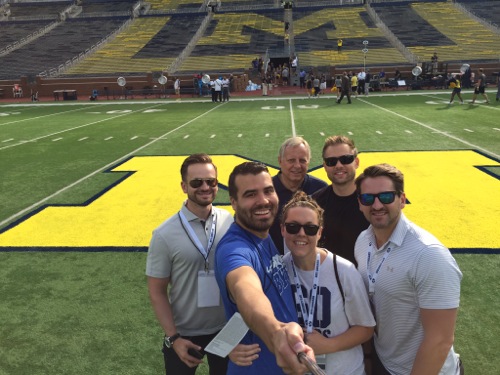 So glad Paul is good at what he does. :)