Summer is over, Macey & Miles are in school, and I am currently trying to get used to this more scheduled lifestyle.  But dang, I sure do love summers around here.

To prepare for school starting we made sure to spend time out front as much as possible. 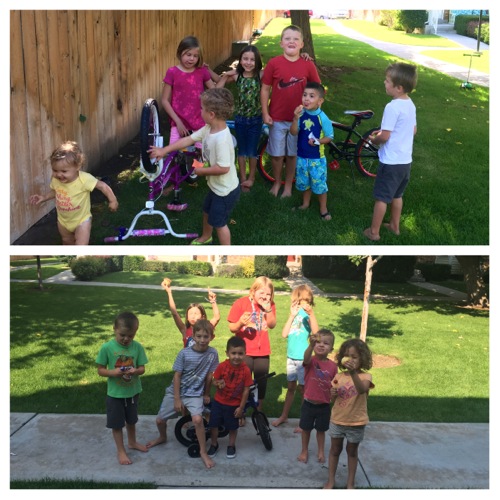 Most summer afternoons I can be found sitting in the shade, my favorite place to be, watching whatever is the activity of the day.  Be it snail hunting, bubbles, cops and robbers, baby animals, kick ball, racing, or whatever else these kids can think up. 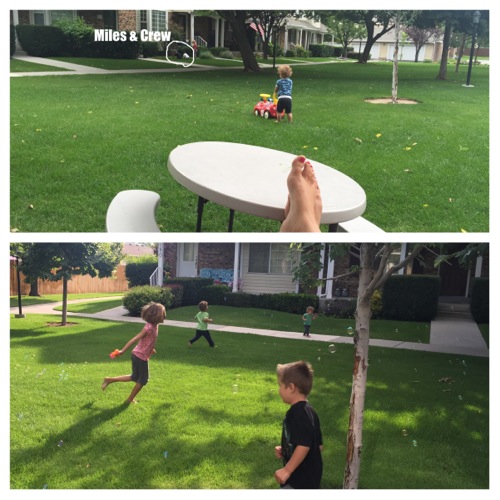 Sometimes Ruby even takes a break from her exploring to hang out with me. 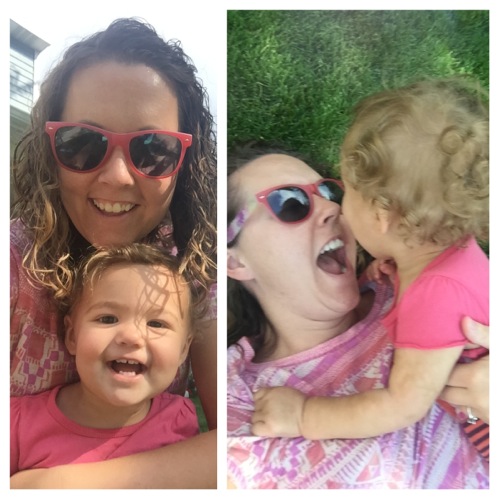 but, usually she’s out where all the action is. 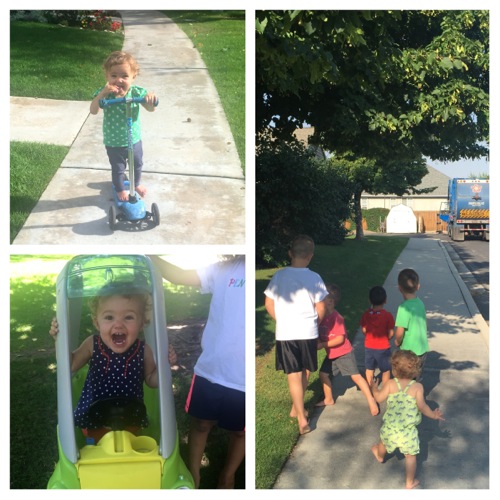 The main reason we spend most of our time outdoors is because I can’t keep Ruby from climbing and destroying everything she can reach. 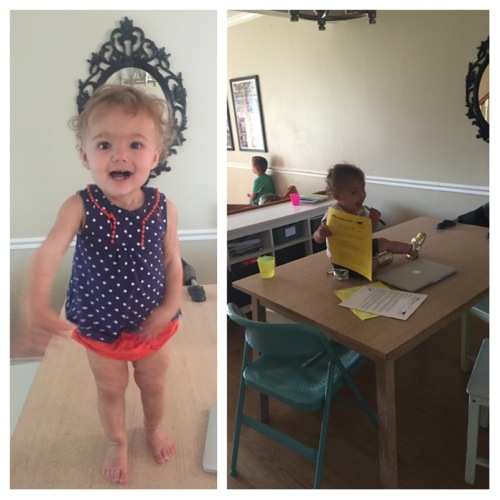 I just don’t know how I’d survive summer (or life in general) without this space and the people I share it with.

If we aren’t out front at our house, we can still usually be found somewhere else outside.

Be it the park. 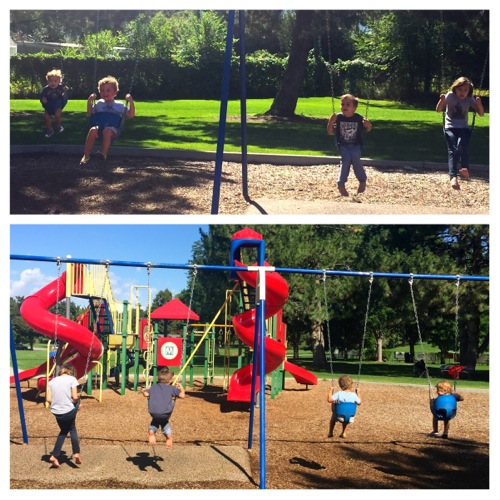 Ruby is ALMOST at a good park age, next spring I should be back to sitting on my blanket chatting with my friends, instead of chasing this girl around. 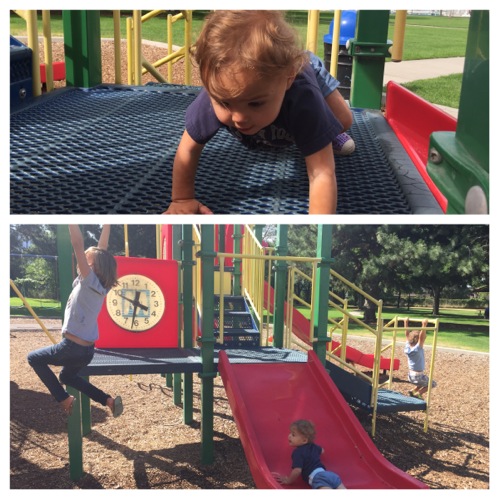 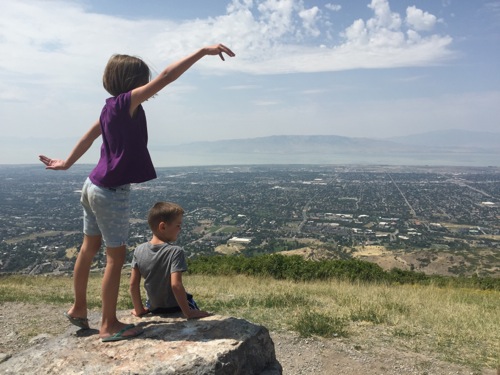 Or even cruising around BYU. 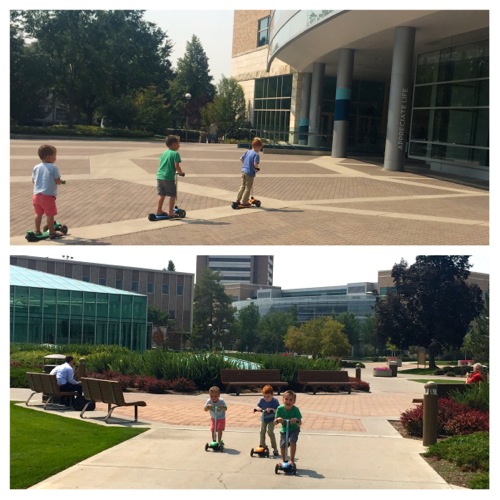 It was insane, we didn’t realize it was Education Week and it took us 30 minutes to find a parking spot. But it was all worth it just to watch these boys cruise around campus on their scooters. 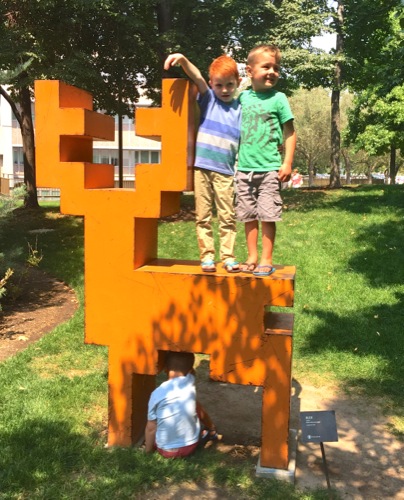 I love BYU and these boys.

Every once in awhile, we do hide from in the heat in the AC of The Dinosaur Museum or Library. 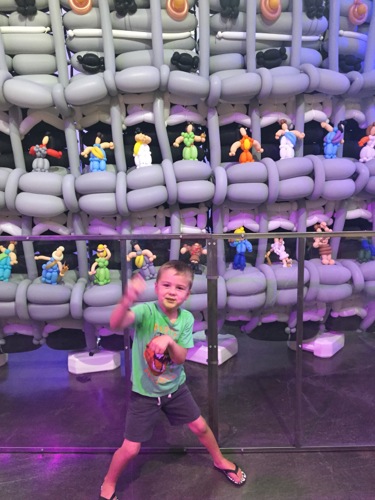 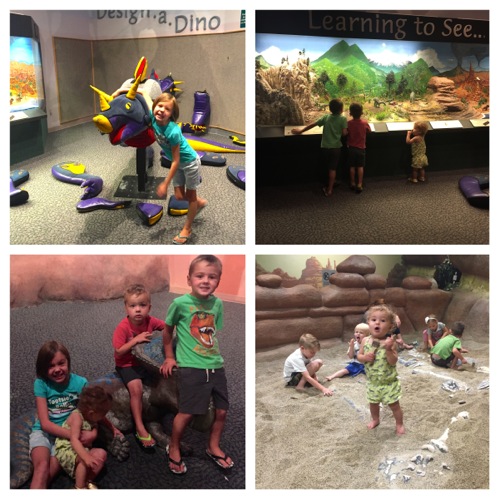 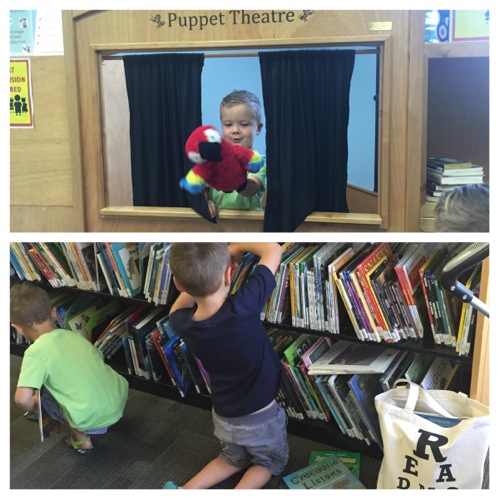 And if I’m feeling very brave, the mall. 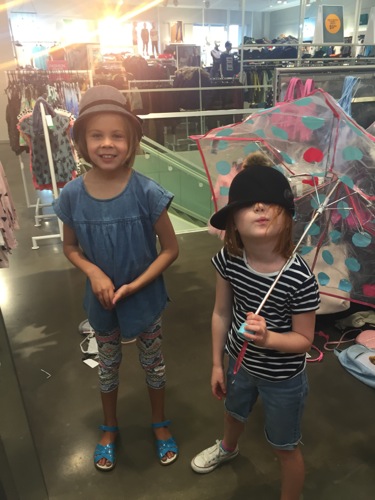 I did something slightly out of character and sent off pictures of Crew and Ruby to see if they would get chosen to be photographed for a Baby Lit catalog. 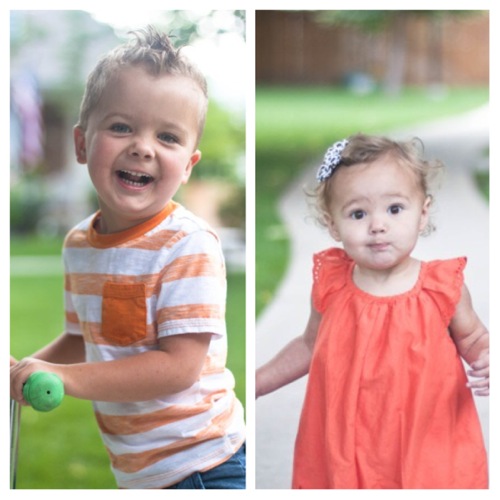 I texted Holly Monday morning, she ran over and took some quick pics for me, emailed them to me 20 min later, and a few hours after that I got an email from Baby Lit saying they were both adorable (obviously) and to bring them up to SLC for the photo shoot the next day. 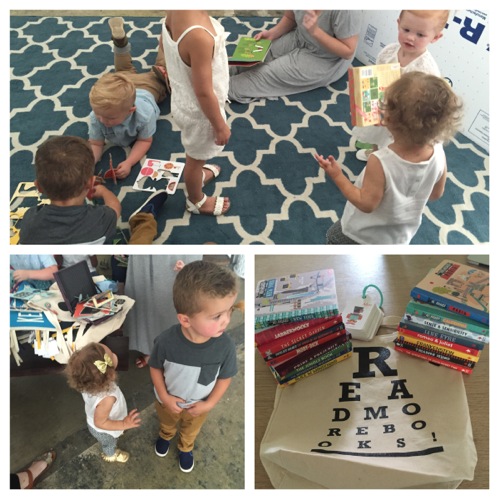 It’s not something I would want to do often, but I sure do love all the free books we got, plus it’s always nice to hear someone thinks your kids are almost as cute as you do. :) 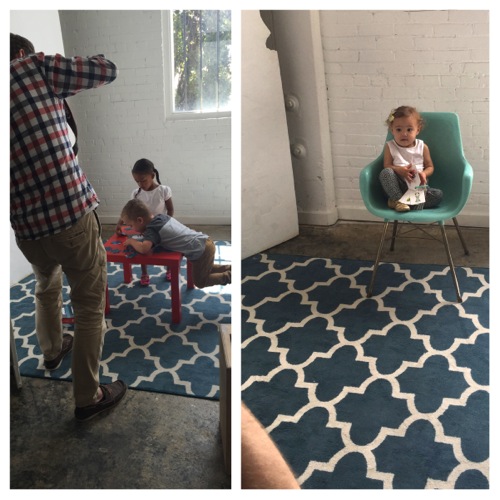 To end the summer I let everyone pick one last thing they wanted to do.

Macey picked Menchies and The Pond. 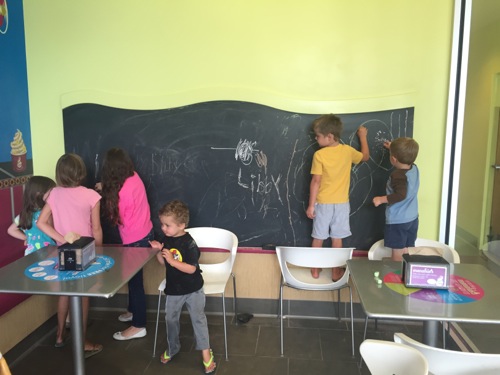 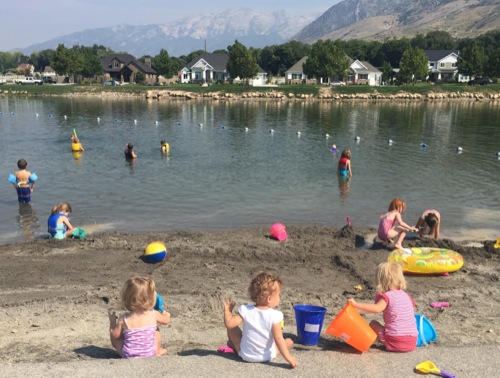 Miles picked Krispy Kreme and ChuckeCheese with The Rensink’s. 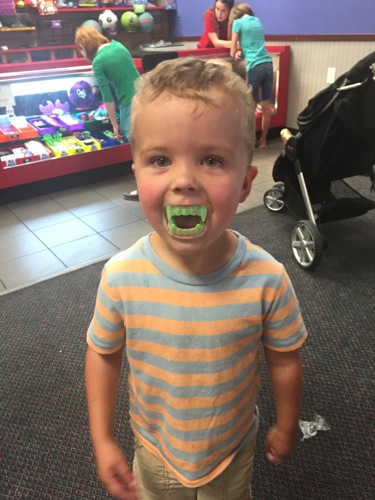 We were having so much fun, I actually forgot to take pictures. 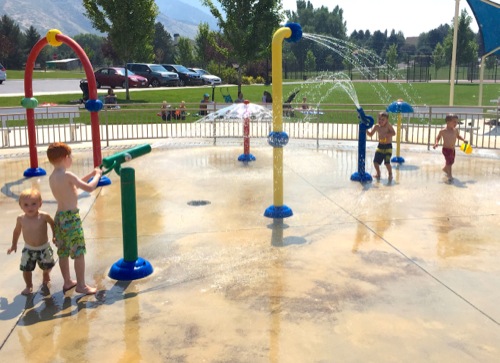 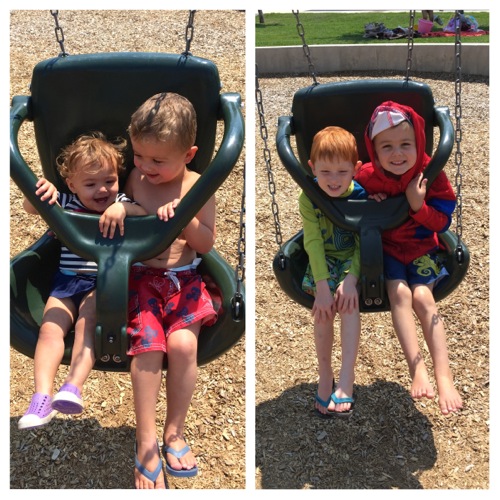 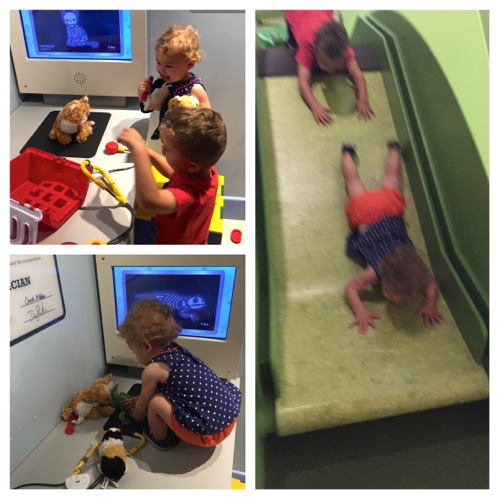 It was the first time I actually let her be free and she was in heaven. 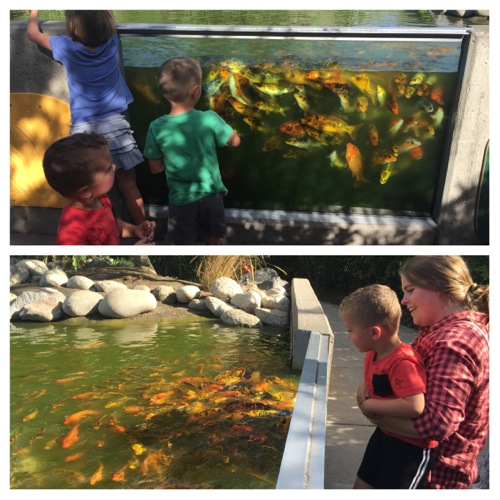 And then there was the Koi pond, those fish were dang crazy.

Paul picked hiking in the Uintas. 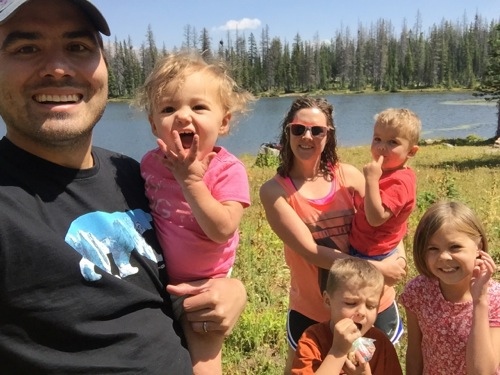 We’d never been there before and these mountains did not disappoint. 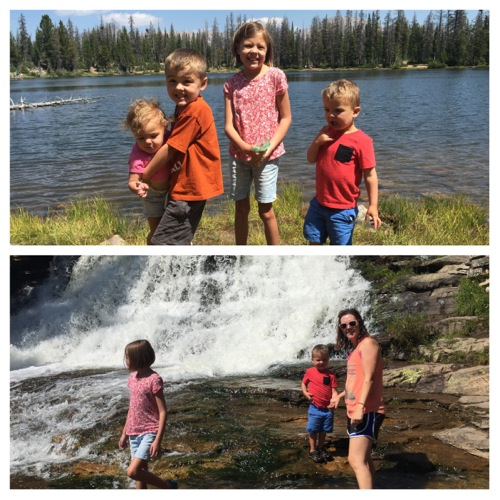 I picked an end of summer party with the little kids once the big kids went back to school. 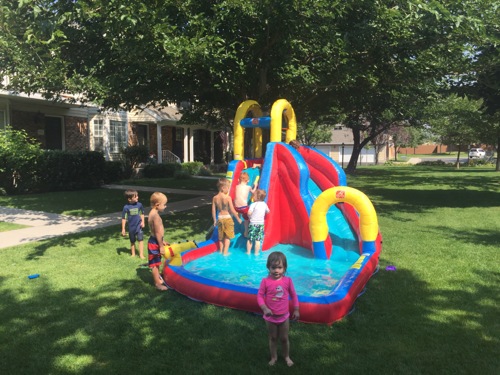 It was pretty perfect, I got to sit in the shade and talk to 6 of my favorite people while all our kids actually played pretty well together. 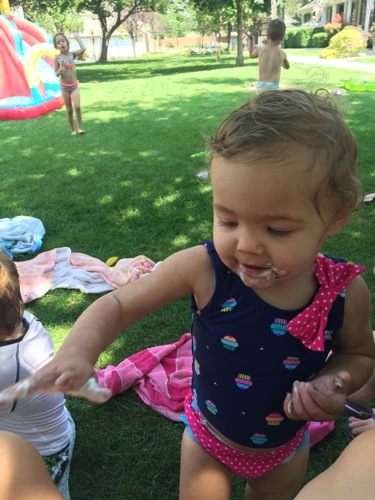 Yes, summer is the best.