My baby is one and it is sad and exciting all at the same time.  You know how it goes. 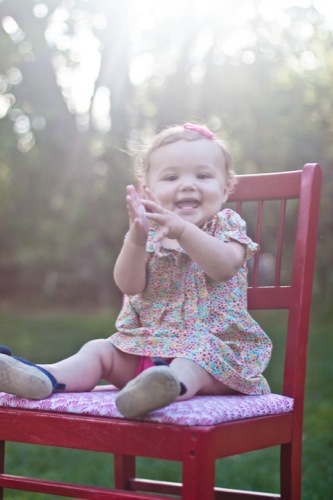 She is walking everywhere.  I never thought I’d like an early walker (she walked at 11 months vs the other 3 at 14 months), but man, it’s nice. 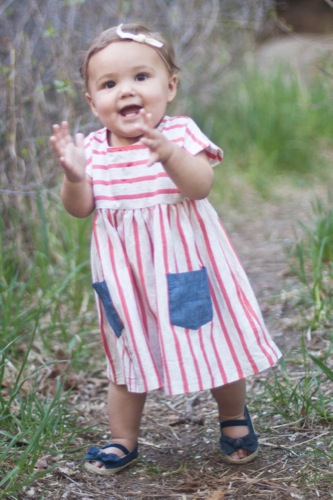 I love that the crawling stage was so short.  Besides, we would not get to spend nearly as much time outside if she was still crawling around everywhere.  And now that she has mastered walking, she loves trying to climb anything and everything. 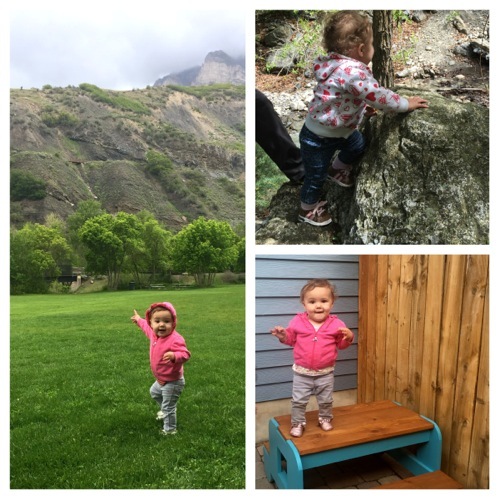 She of course loves to get into things and make messes, but that’s just part of her job. 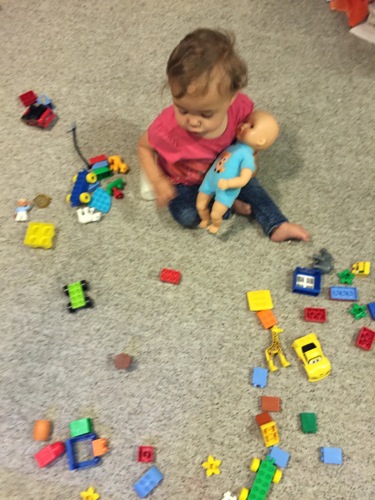 Ruby is a joy at church and I often lock her in here when I need a break from chasing her. 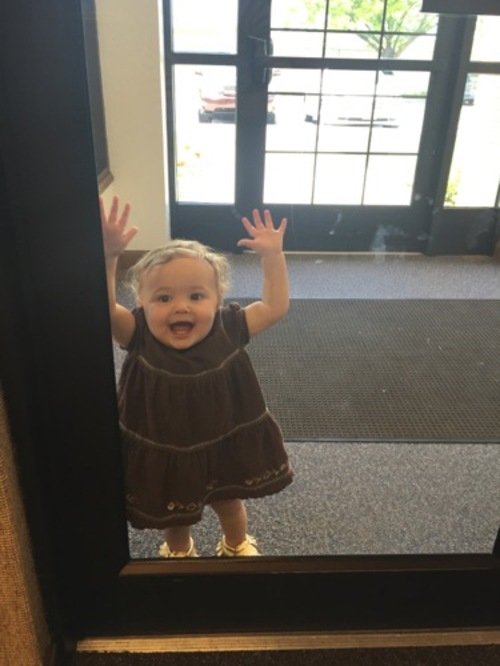 She loves real food and has very little patience for people trying to feed her things like yogurt or oatmeal, she’d much rather feed herself. 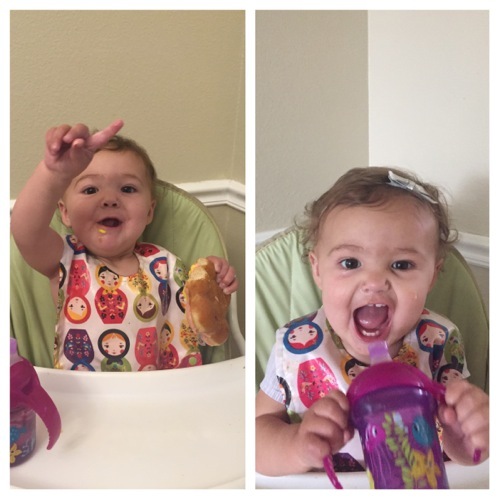 She has transitioned to sippy cups and cows milk like a pro.

Her favorite things right now are her baby doll, leaves on trees, attacking the boys, the play kitchen, and handing people things. 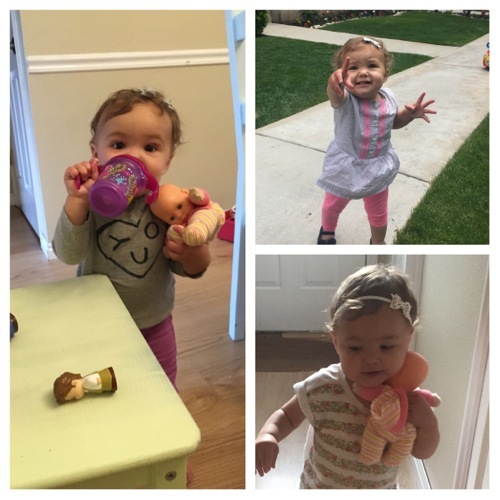 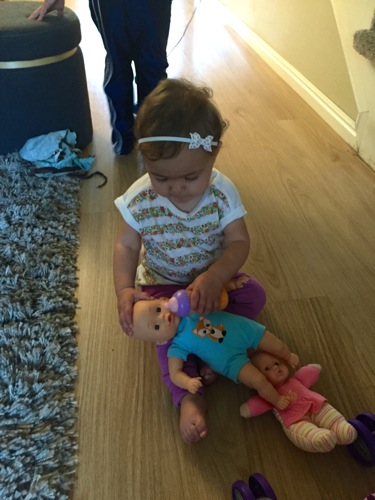 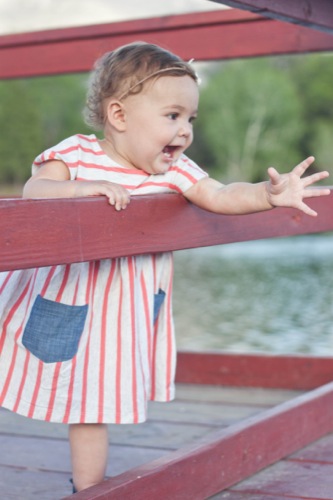 She loves to play peek a boo and watch Mario Cart.  Her signature dance move is a squat mixed with a head shake, it’s adorable.  She also can hold her own with the boys and I love it. 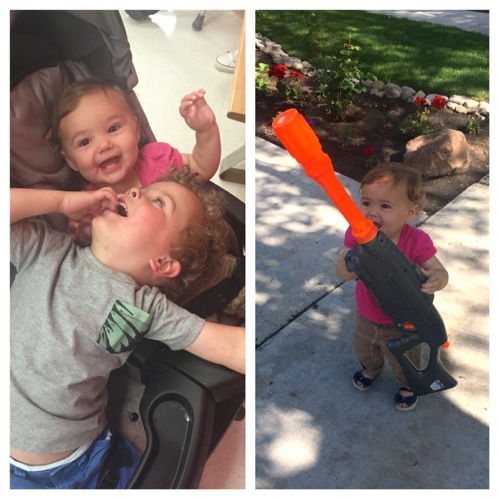 And one of the best things about her is she gets so excited when she sees you after any sort of absence.  She’s the first to run to Paul or Macey when they get home. 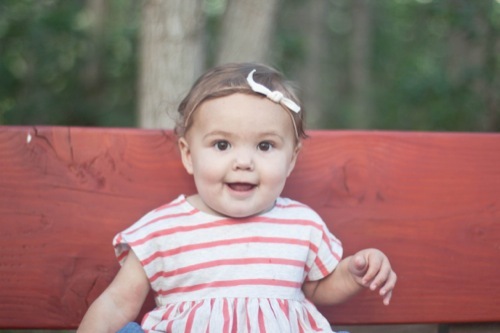 Her current words are “Hi” and “Mama”, accompanied with lots of grunting, screaming, and pointing. 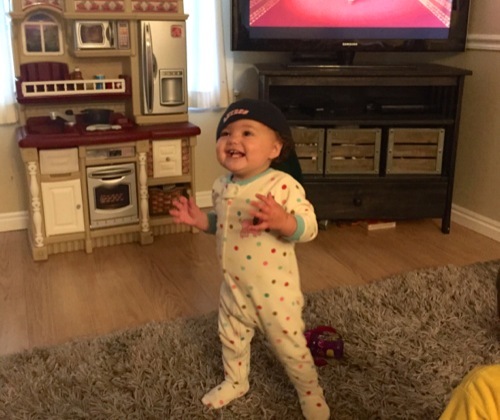 Her actual birthday wasn’t too thrilling, but I don’t think she minded one bit. 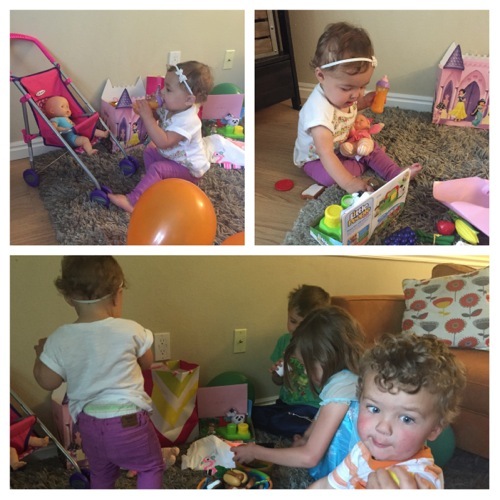 The weather finally cooperated and we threw her an impromptu party this past weekend. 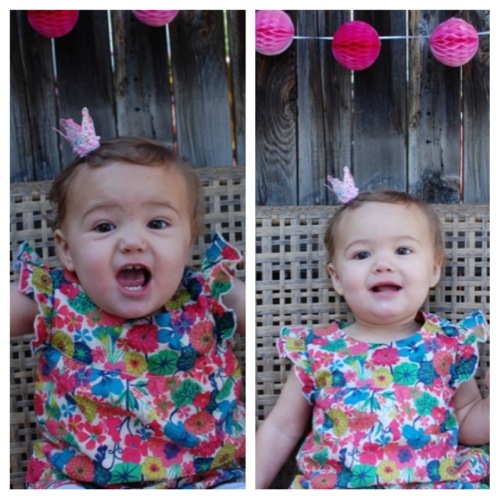 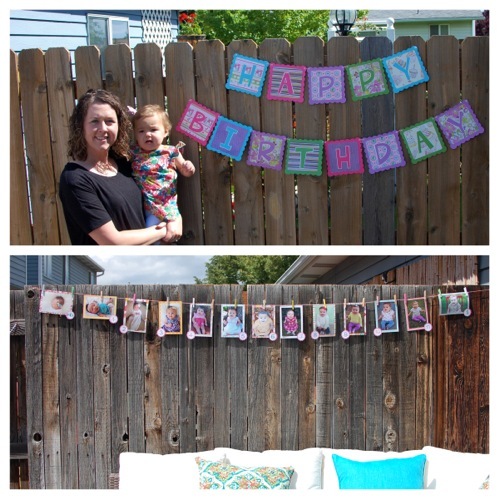 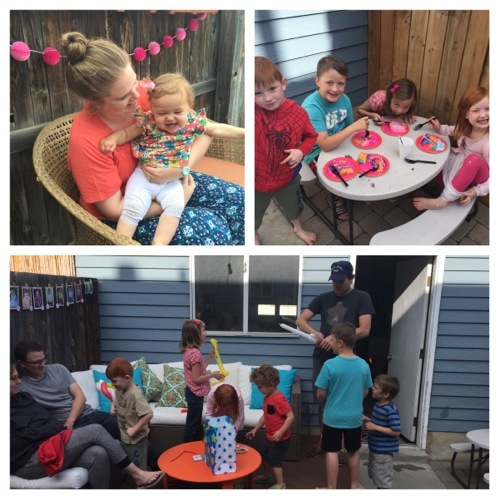 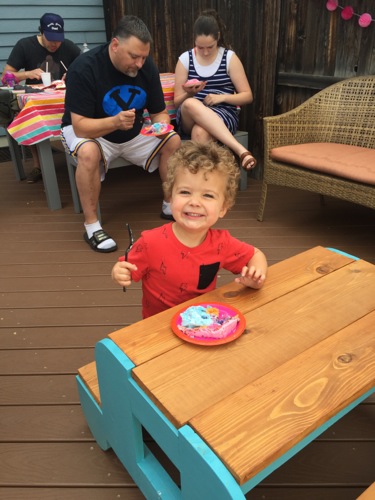 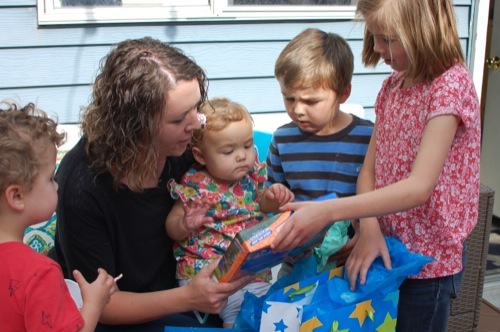 This is the first birthday cake I have made since Macey turned 5!!! It was proof to me that I am actually feeling better and am starting to be able to handle my current life. 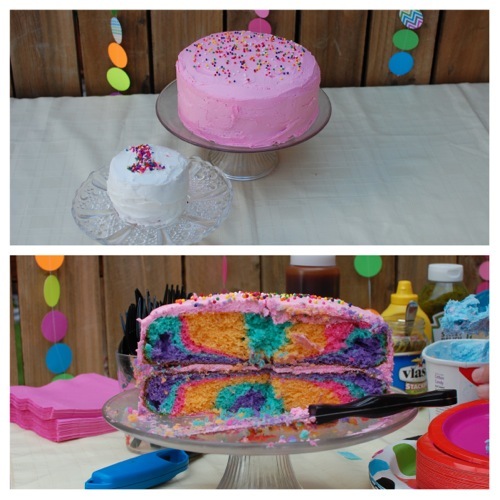 The effort was worth it too, since Ruby loved it. 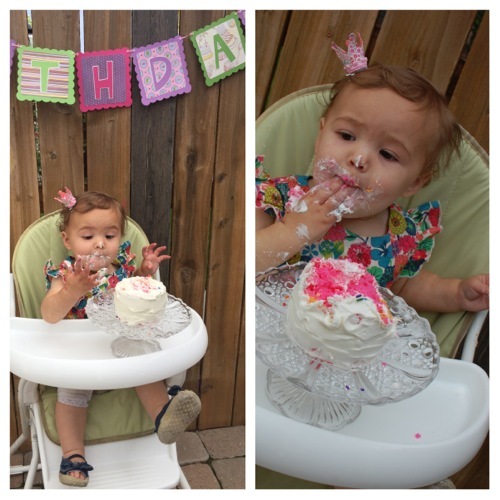 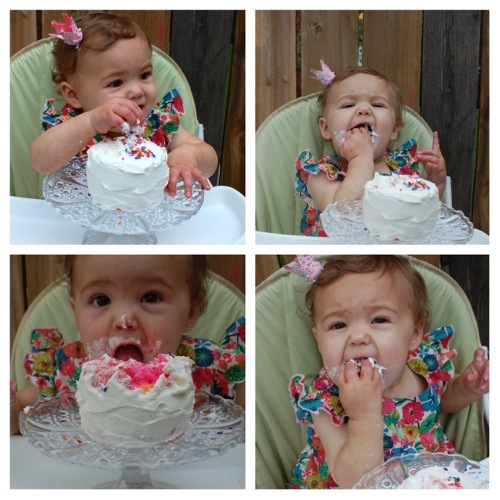 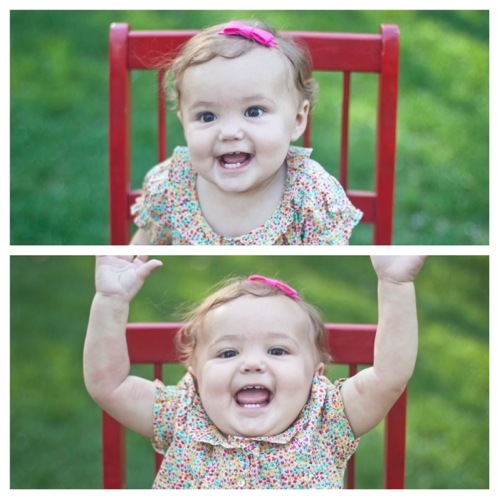 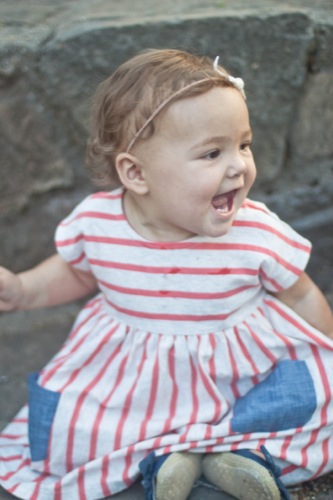 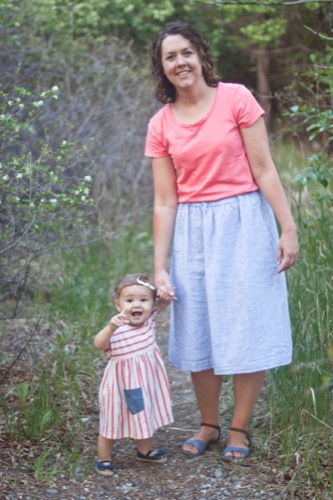 and pretty much our favorite baby! 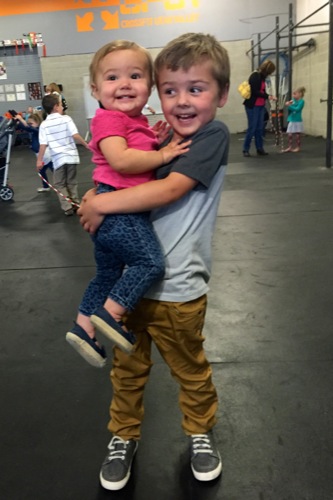 And, since I just can’t help myself here is Ruby’s first year month by month pictures: 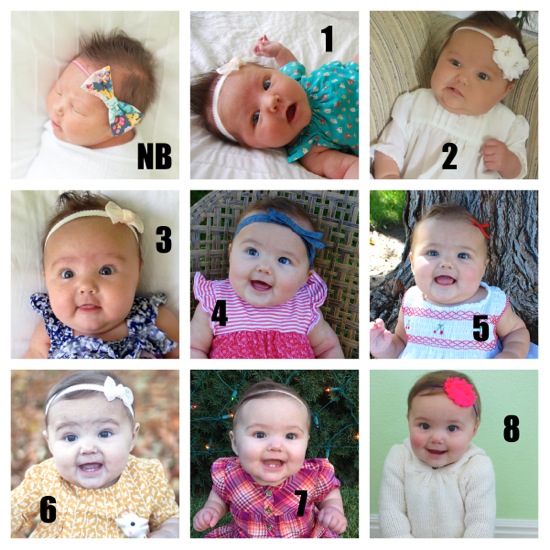 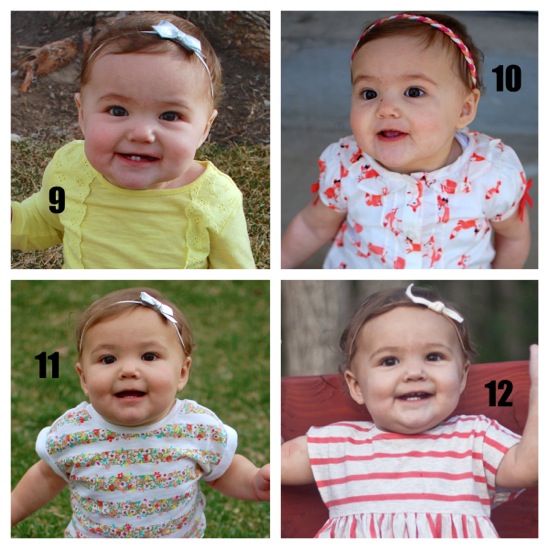 Yes, she grew up way too fast, in case you were wondering.  :)