Ruby is 11 months, which means she only has one more month until her first birthday. tear. 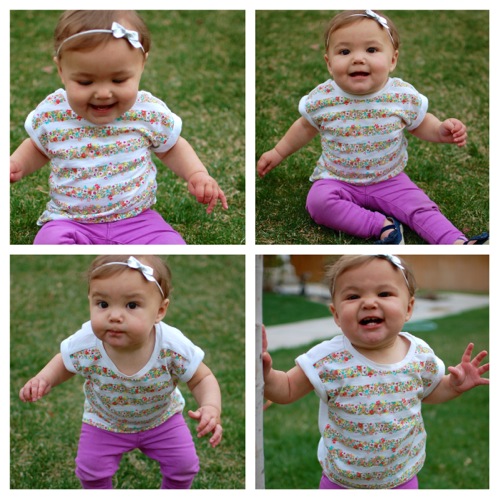 Her biggest accomplishment this past month was taking her first steps!!

At the beginning of the month she was just randomly taking a step here or there when she was feeling rather brave.  Then one morning, after family prayer, she just randomly took 8 steps towards Paul!  Her fan club erupted. 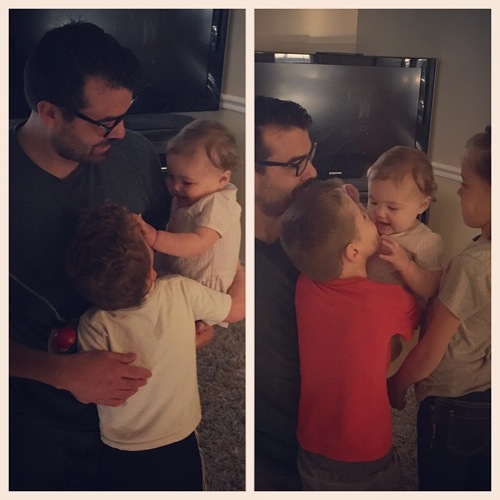 She didn’t walk much again until she was almost 11 months, and now she’s doing it as much as she can. 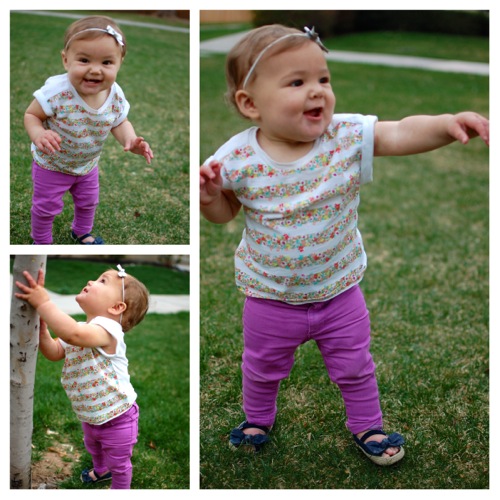 She broke Navasard tradition and took her first steps at 10 months instead of 14.  She’s just in a hurry, this one.

Ruby is happiest when she’s getting into things and able to be right where the action is. 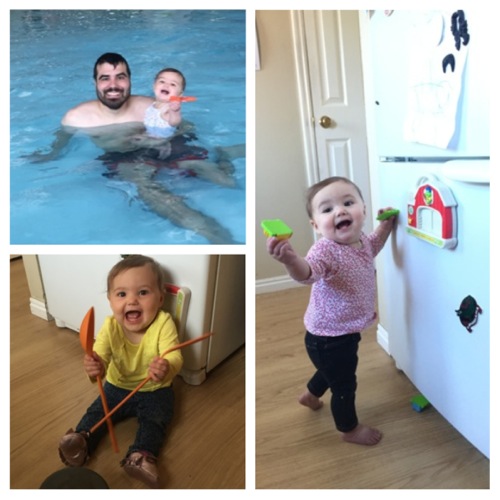 She loves to be outside watching all the kids play and keeping an eye out for her friends. 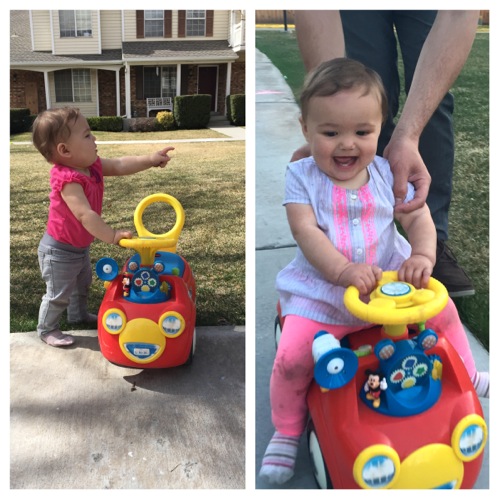 She has made many trips up and down the sidewalk pushing her mickey car, trying to keep up with the big kids.

Ruby also loves other babies and often pokes at them until they start crying, as can be seen here on the right, with one of her bff’s Lottie. It’s the result of having Crew and Miles as your older brothers I suppose. :) 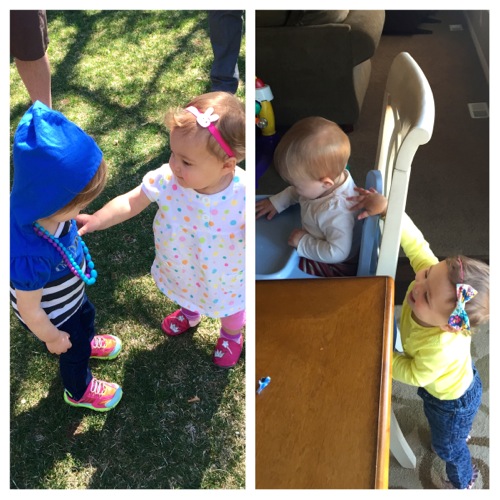 Ruby and Crew have started to play together and I love it.  They love to chase each other and play in Crew’s bed.  While getting ready for bed one night Crew said to Ruby, “Come in my bed Ruby, I read pictures to you.” I about melted. 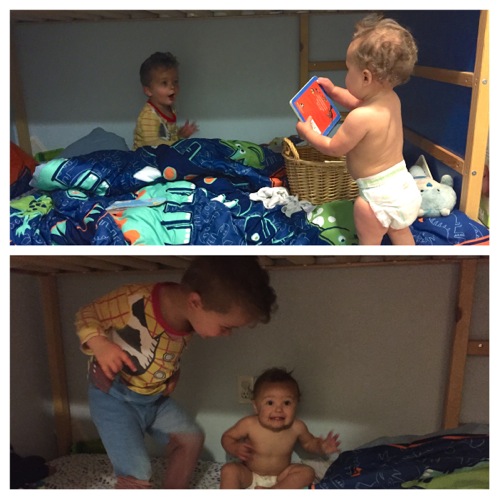 Sometimes Ruby and I accidentally match for church and get pretty excited about it when we finally notice. 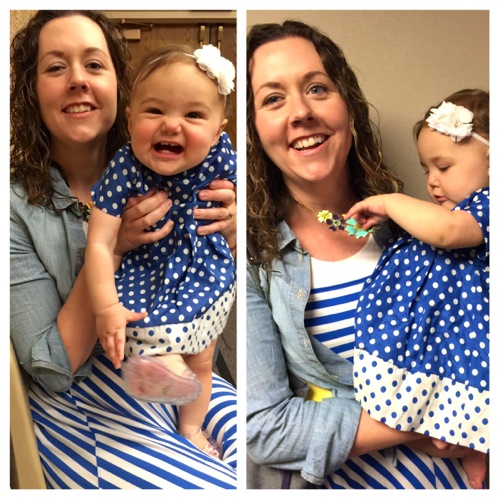 Ruby has yet to show fear of much.  This particular day she just screamed, smiled, laughed, and hugged this freaky kangaroo as she rode it around the mall.  It was hilarious. 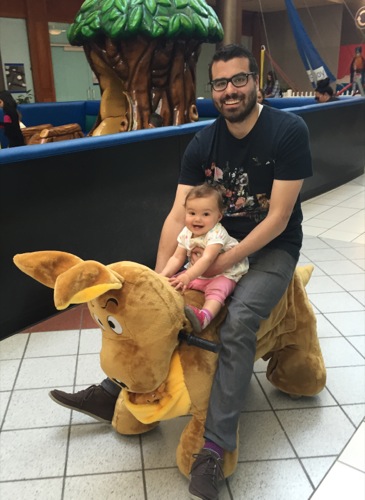 One of my current favorite things about Ruby is how her hair is starting to get curly!!! 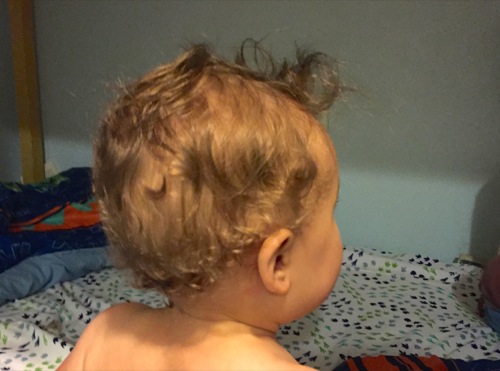 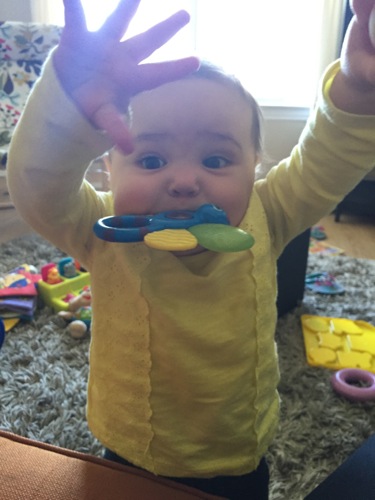 And just in case you think she’s the most perfectly happy baby ALL the time, here’s proof that she does get grouchy from time to time.  :) 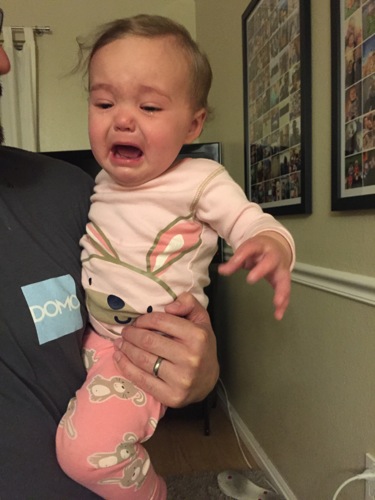 I say it all the time, but it’s just not fair that each baby grows up faster than the one before them!!