My parents came into town for the weekend of Macey’s baptism.  They just came for 3 days, since they already had a trip to Mexico planned, so we made sure to cram the fun in.

We lucked out with the weather and finally got some snow, well, in the mountains at least. 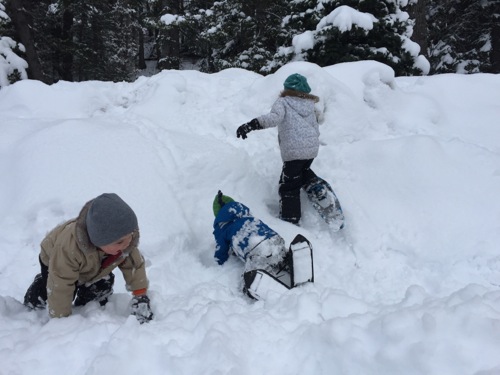 We took them Snow Shoeing on the Timp trail. 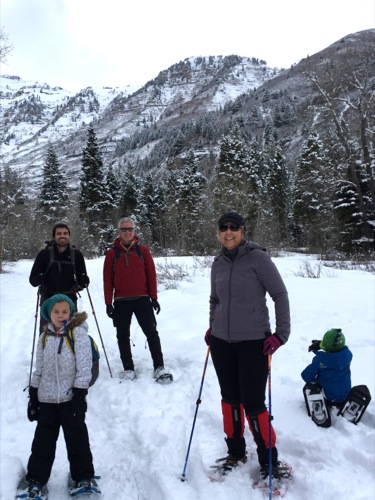 It was well worth the ordeal of hauling everyone up there and getting all the kids snow stuff on. 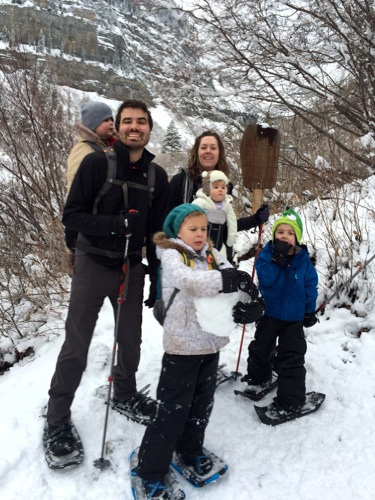 I just love snow on the trees and the peaceful feeling that comes with it. 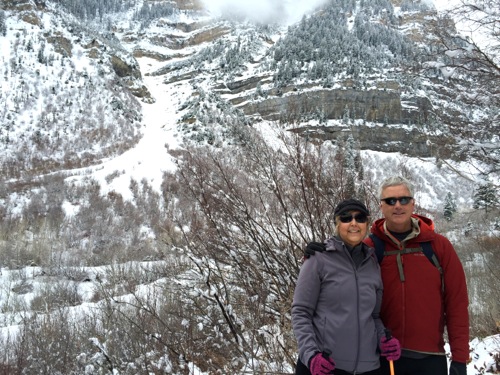 The kids were in snow heaven, and poor little Crew though just whined about having to be in the backpack carrier.  I think it’s time we get him his own snow shoes. 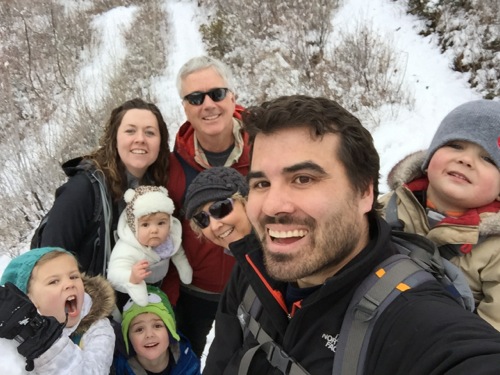 I think we have converted Nana and Pop-Pop to one of our favorite winter activities. 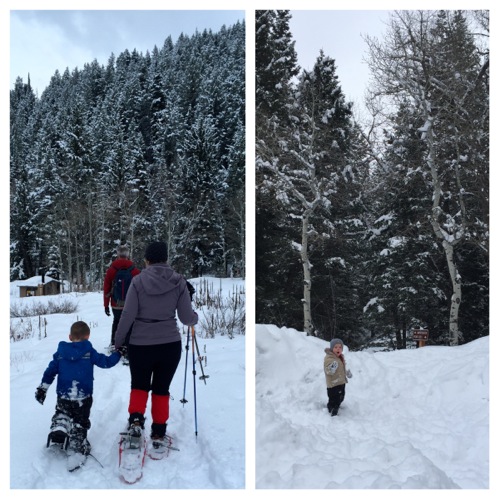 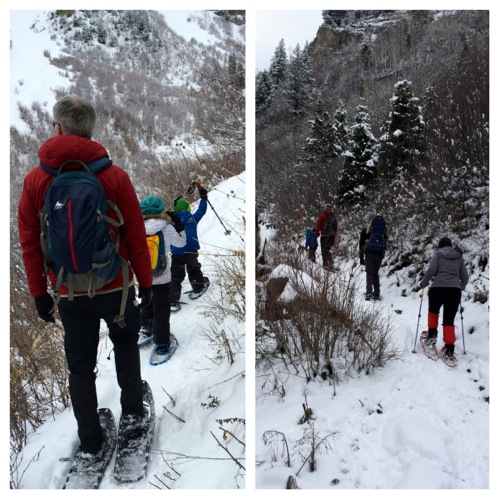 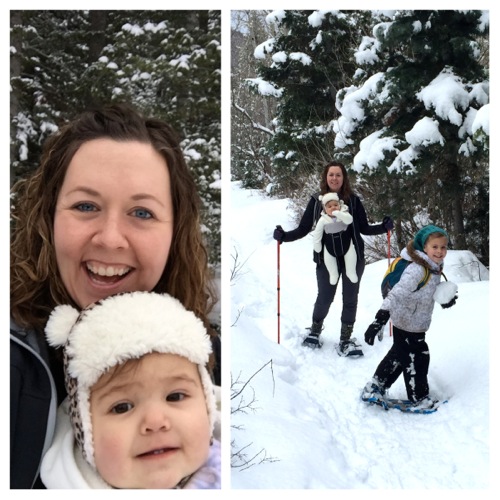 We of course had to take lots of time to stop and play in the snow, since we really hadn’t seen any since Christmas. 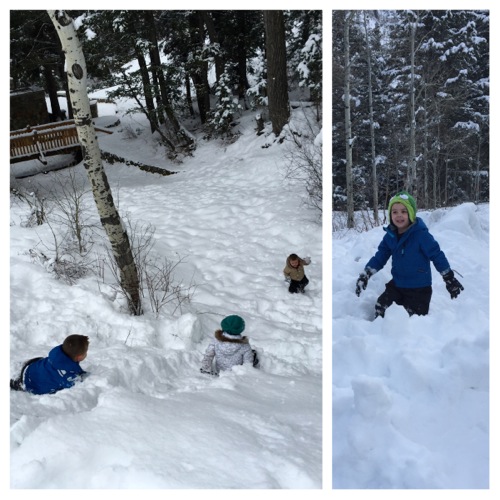 We were just sad we didn’t think to bring some sleds.

To continue with the snow fun, we went tubing at Solider Hollow the next afternoon. 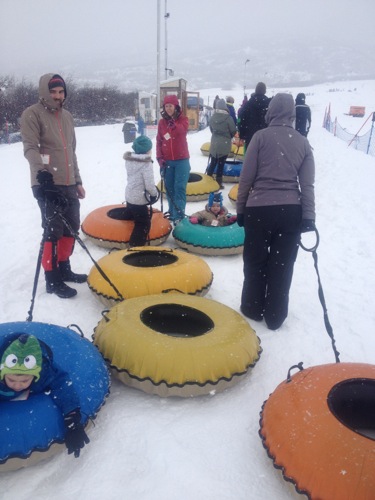 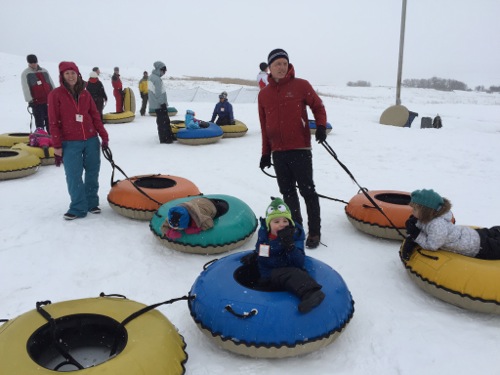 Crew was kind of my favorite part about the whole afternoon. 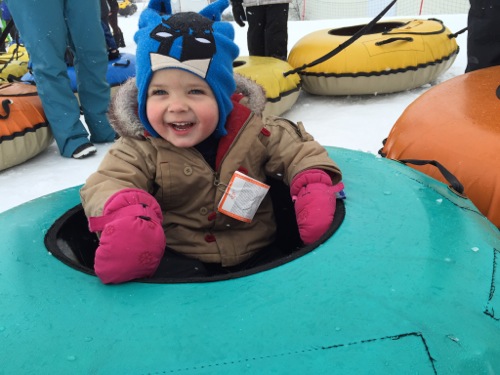 He didn’t stop smiling or laughing.  Really glad I lied and said he was 3, so he could come with us. :) 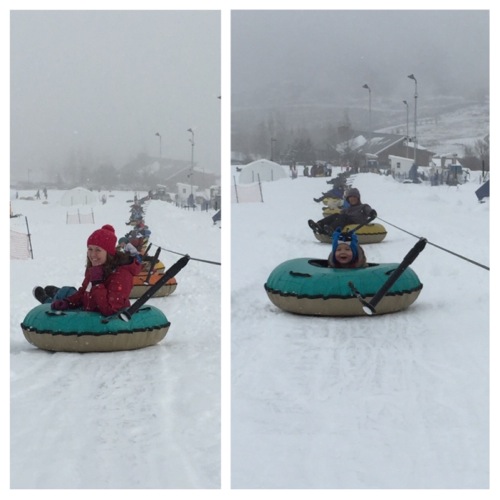 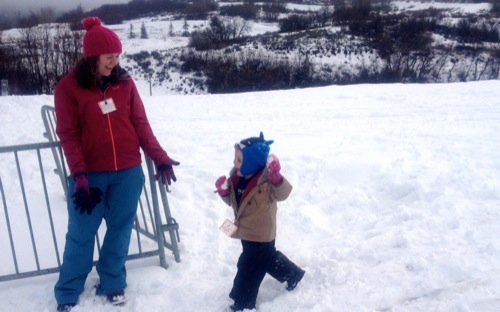 Miles and Crew were the luckiest though, because they never even had to get out of their tubes.  Between Paul, Pop-Pop, and I, we just pulled them from the bottom of the hill to the rope tow, to the top of hill, repeat a million times. 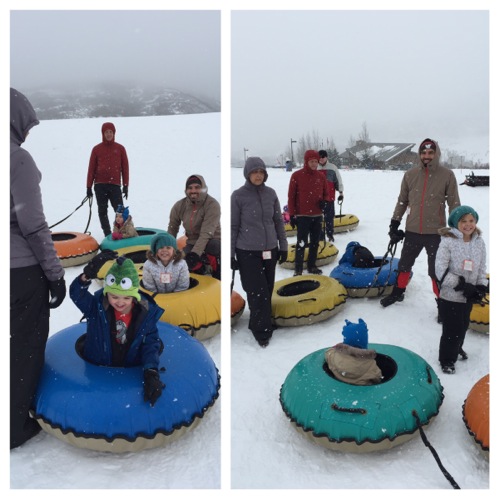 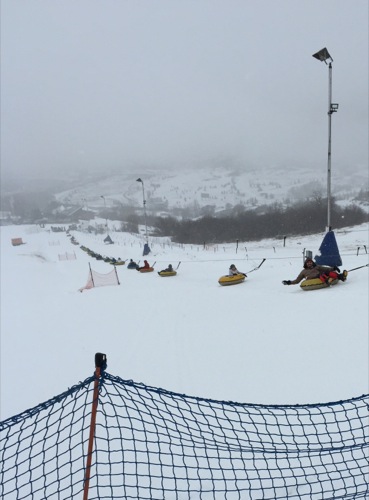 It snowed on us the entire time, so everyone ended up completely soaked through. 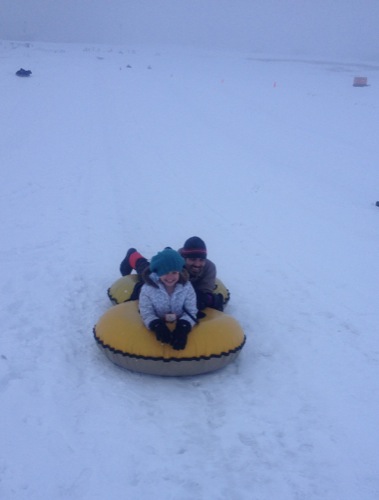 Luckily, everyone was able to hold it together until our last run down the hill.  I think the entire mountain could hear Miles’ screaming. 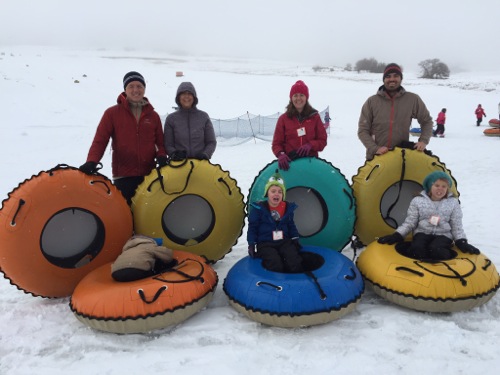 It was a combo scream of not wanting to be done and being freezing cold.  We sent him down with Nana and Pop-Pop for that run. :)

Not wanting to kill the old people though before their Mexico trip, we made sure to just hang around the house too. 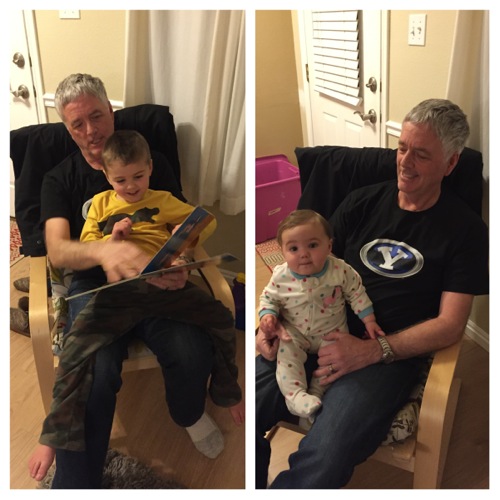 There was lots of book reading, game playing, and movie watching going on. 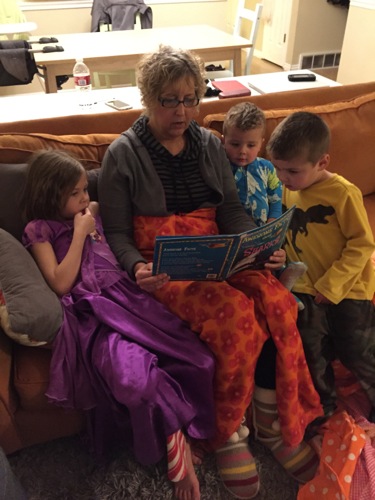 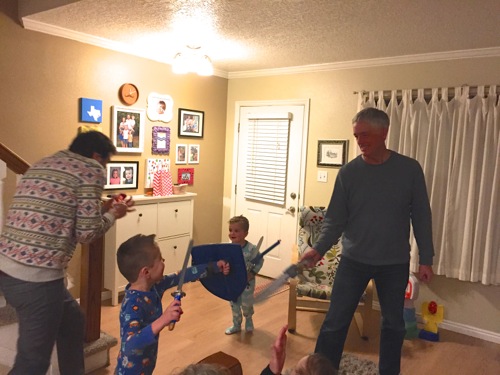 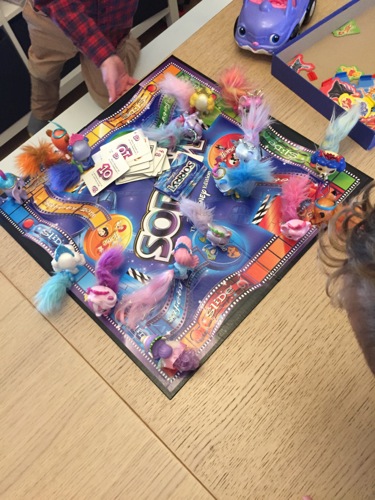 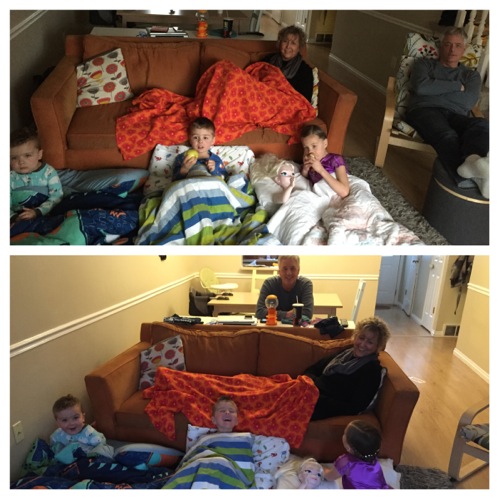 It was a pretty great weekend!