Here is a brief (or not so brief) summary of Ruby at 10 months: 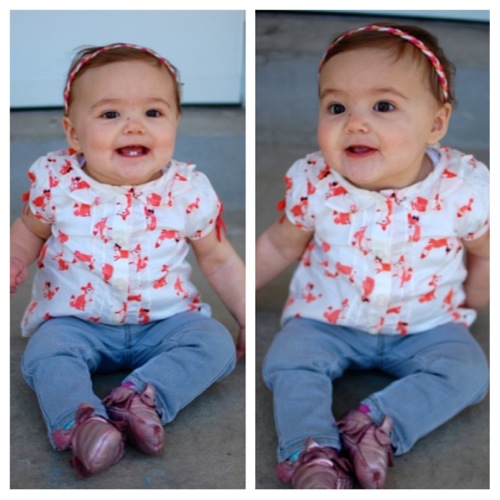 She is ridiculous about sitting still for pictures, as I am sure is common for most 10 month old babies.  She also loves to give you her awesome frown. 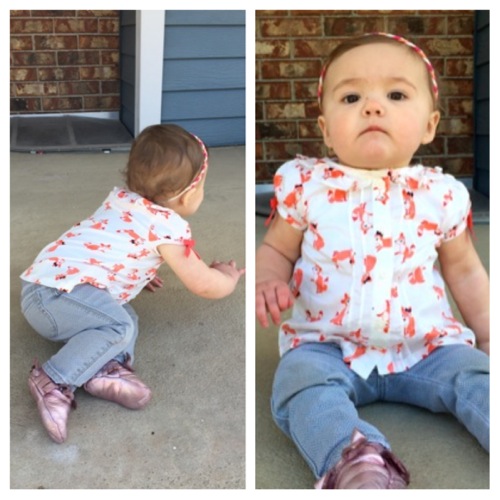 2 new teeth broke through, bringing her total to 8.

She still isn’t a fan of much table food, but when she realizes we aren’t giving her anything else, she usually ends up eating it all. 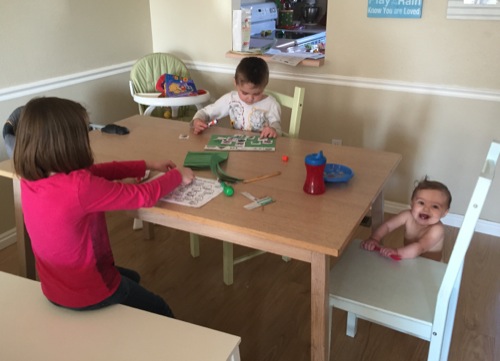 She stands on her own now and only needs a little bit of help getting to a standing position. Who knows, maybe she will be the one to break Navasard tradition and walk before she’s 14 months. 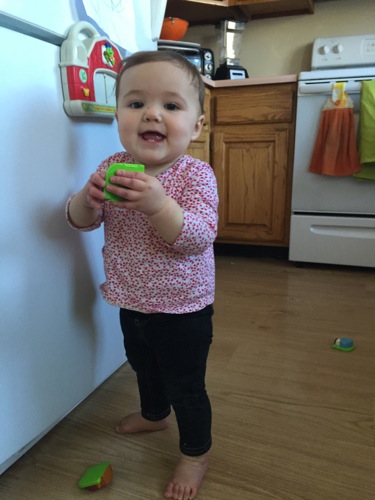 Ruby is feisty.  And has gotten in trouble for purposefully stepping on Crew’s head and smacking him during his diaper changes.  It’s pretty hilarious, especially since she goes after him knowing exactly what’s she is doing while smiling and laughing.  The first time she did it I yelled, “Ruby, stop!”.  She just looked at me and started crying hysterically. Paul and I could not stop laughing. 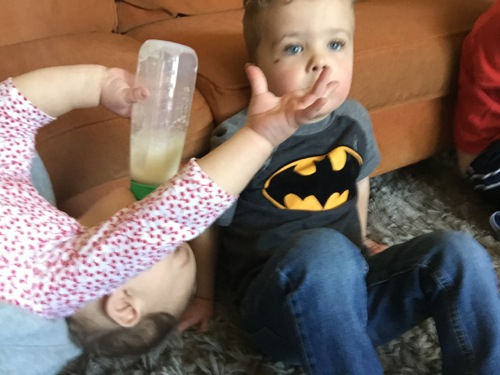 Even when she drinks her bottle, she is trying to smack Crew around.

It’s Ruby’s defense though, we have discovered the way she shows she loves you is by smacking you in the face.  I guess that’s what happens when you grow up with Crew and Miles constantly in your face. 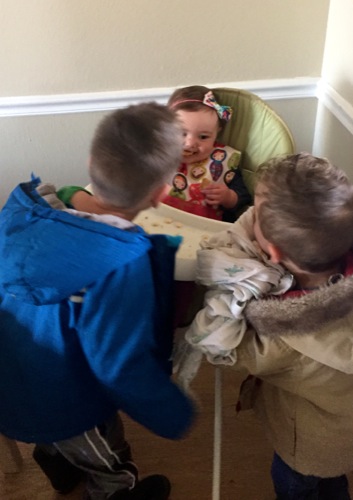 She’s super curious and I love it when she discovers a new part of our tiny house. 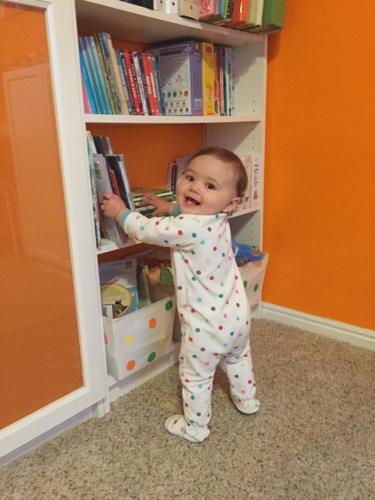 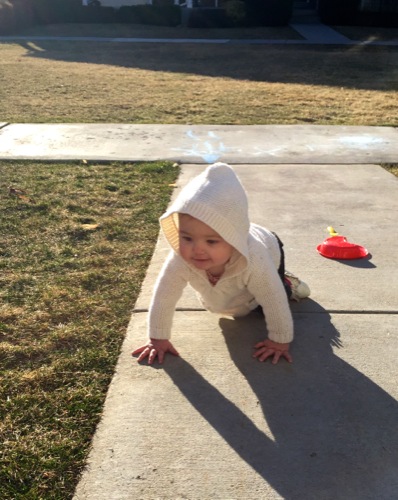 We’ve been spending lots of time outside, and she loves getting dirty and watching all the kids play. 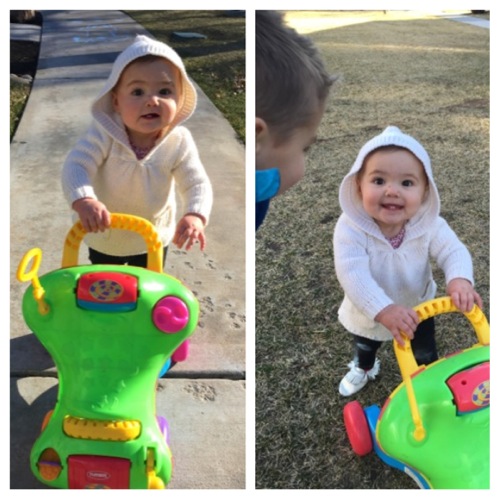 She got sick this month and actually wanted to be held! I was soaking it up, knowing it wouldn’t last long. 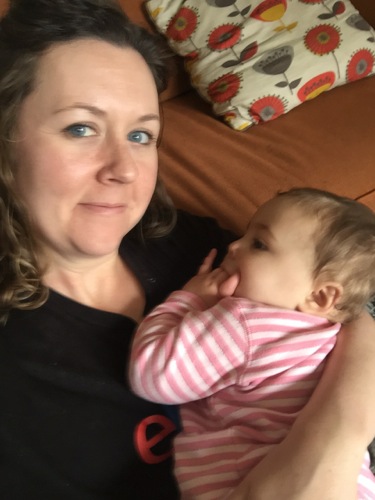 and yes, she still sucks on her middle fingers the moment she gets tired.

Her current obsessions are babies and the boy’s scooters. 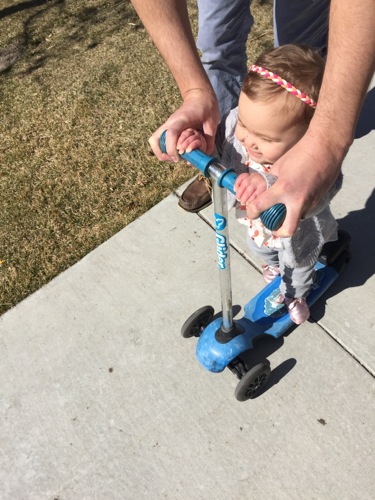 My favorite things about Ruby at 10 months are how when she sees me in the morning she flaps her arms, screams, flings herself at me, and gives me her crazy smile. It’s a pretty good way to start the day.  I love how she says “Mamamama” all the time. I love how she does her turbo crawl when she spots a baby or when Paul comes home from work.  And, I love how her hair is starting to get curly!! 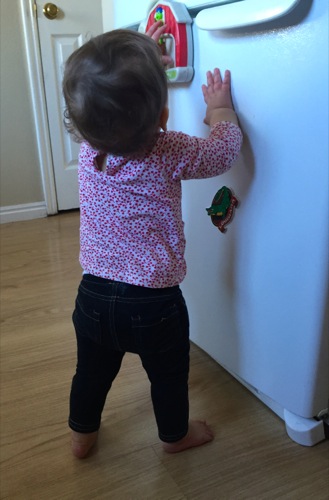 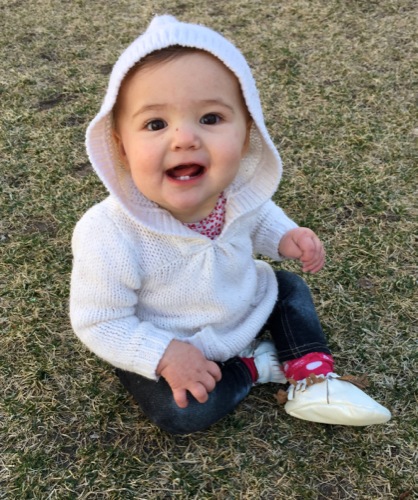