Macey’s birthday happened last month and it was awesome.

Still can’t believe I have an 8 year old, but I’ll cry about that fact in my room later. 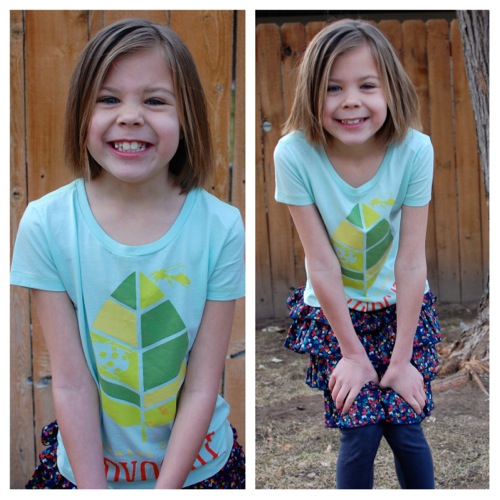 Macey loves school and is a strict rule follower while there (home is a different story though). :)  Her favorite thing about school is art.  She loves to dance, sing, play games, ride her bike, play with Palace Pets, and read.  She is a very good friend and is always thinking about other people’s feelings.  And her favorite color is still white! I think we are going on 5 years as white as the favorite color. 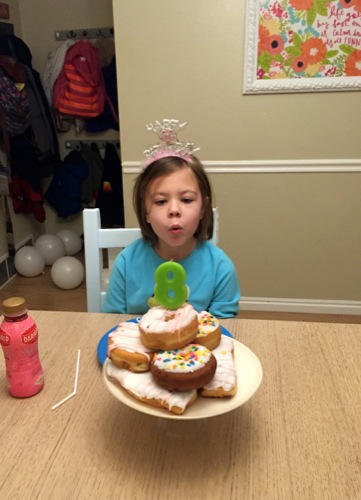 Macey always asks me, “Aren’t you glad you had me first?” And I certainly am glad I did.  Our house is always better when Macey is home.

She has been dying for a life size Elsa doll, so when I finally spotted one, I could not pass it up. 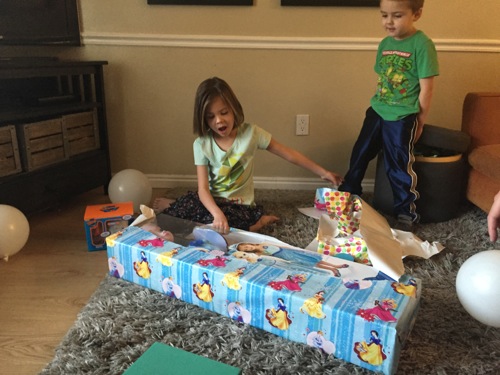 First thing she had to do was see who was taller, Crew or Elsa? 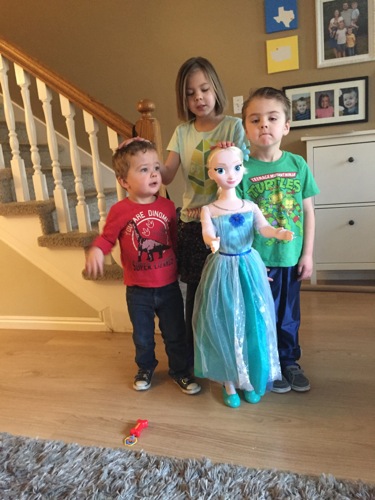 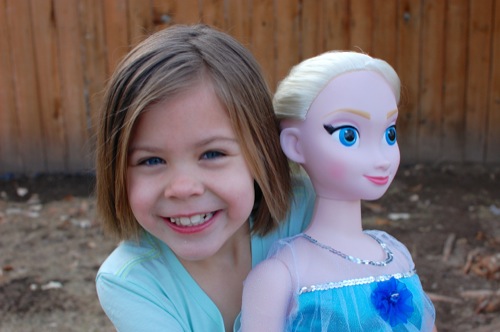 Macey’s been dying to have a birthday party at Chuck e Cheese, but I have always said no.  This year though the stars aligned for her, as I was both too lazy and too crazy, to handle kids in my house during the winter, so Chuck e Cheese it was. 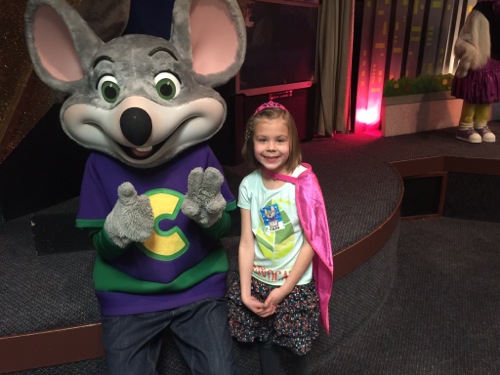 Turned out to be an awesome decision.  It was the most fun I have ever had at a kid’s party as an adult. And Macey didn’t stop smiling the entire time. 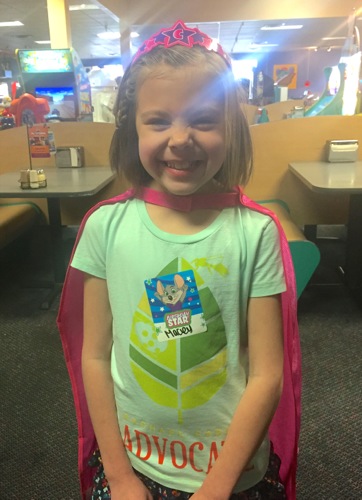 Since we did the party at 9:30, we pretty much had the place to ourselves, which was amazing. 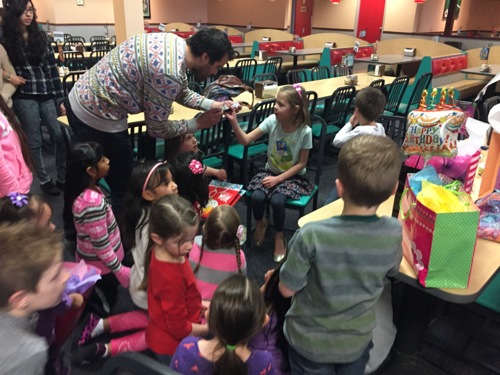 I love getting to hang out with Macey’s friends and getting to know them better. 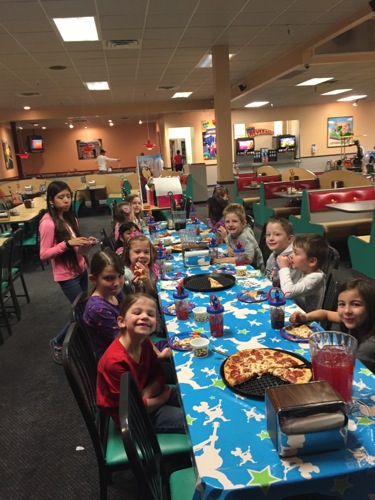 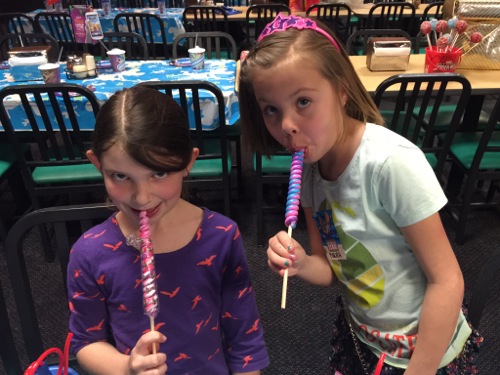 I had plans to bake a cake, but ended up getting bronchitis, so the Target Bakery pulled through again with a Frozen themed cake. 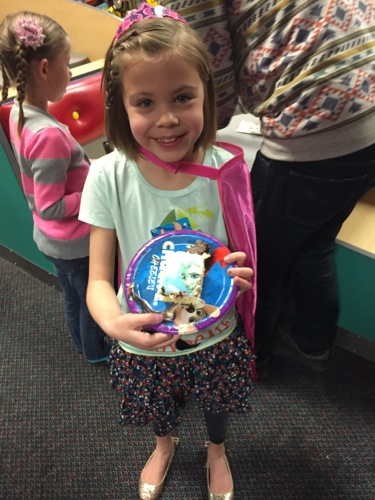 Paul did a great job of helping kids win tickets, while I was in charge of drink refills, ticket holding, token distribution, and prize picking out helper. 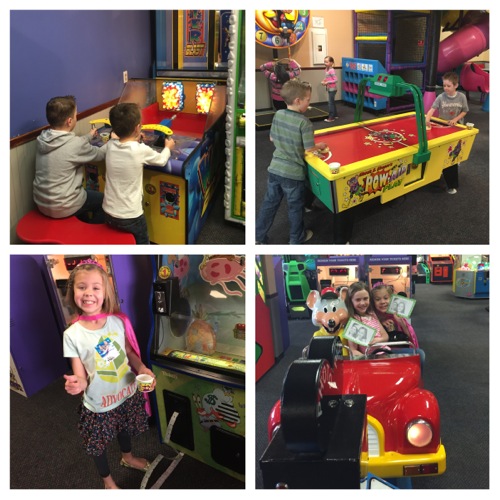 Macey’s favorite part was grabbing the 1,000 ticket paper in the ticket blaster! 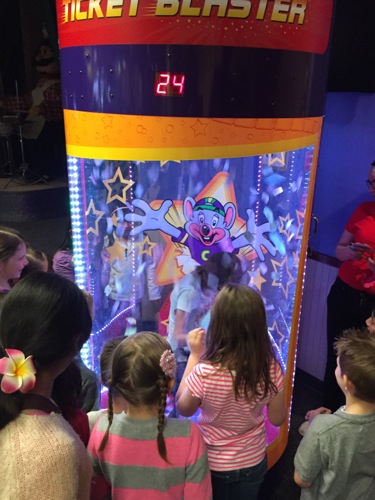 My favorite part was the party helper who brought all the pizza and pitchers of pop to our table and the fact that I didn’t have to have all these kids running around my house. 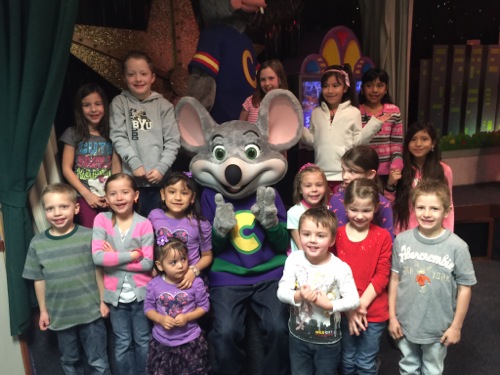 And this cardboard cutout was quite entertaining as well. 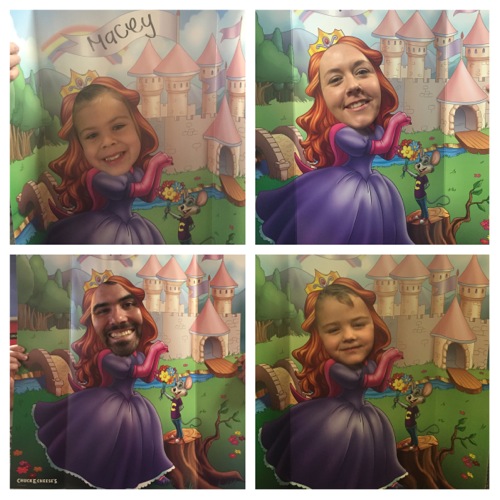 Pretty much I want my next birthday party there. 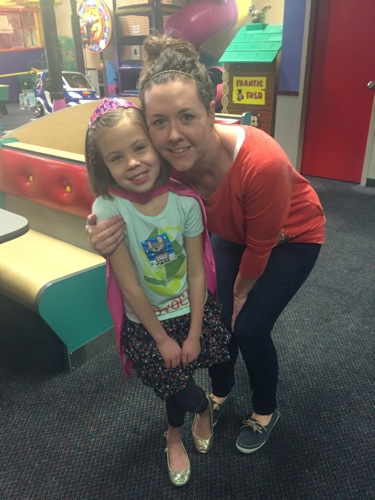 Love this girl of mine and I’m so glad she still thinks I’m cool enough to hang out with her.