January proved to not be as dreary as I anticipated.  With 2 trips to break it up and more sunshine than normal, we ended up surviving quite well.

Ruby got her first underdog from Miles and seemed to enjoy it. 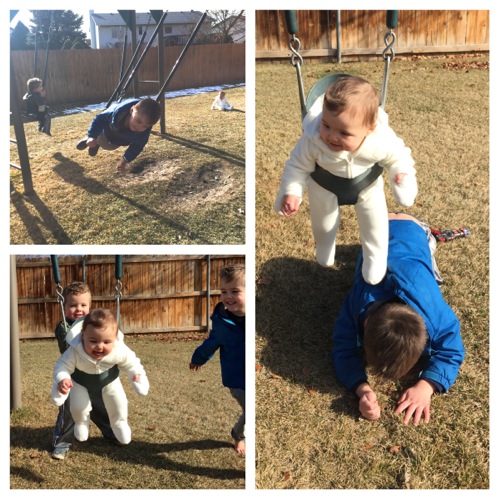 Due to the lack of snow this month, the boys have taken to playing in the lovely snow piles in the parking lot. 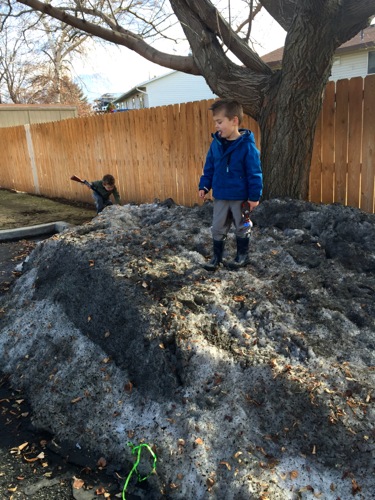 Due to a variety of factors, sunshine included, I have finally begun to come out of my funk.  As a result I’ve been trying to play with Crew more while Miles is at preschool.  You know,  instead of sticking him in front of the TV or banning him to the basement the entire time so I can get things done in peace. 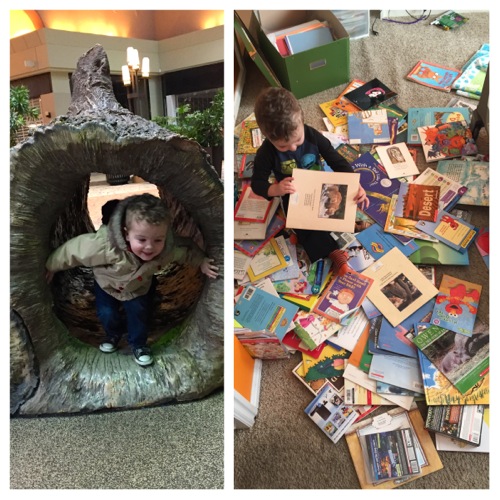 It’s been pretty hilarious and I have discovered he’s a whiz at puzzles and dominos. 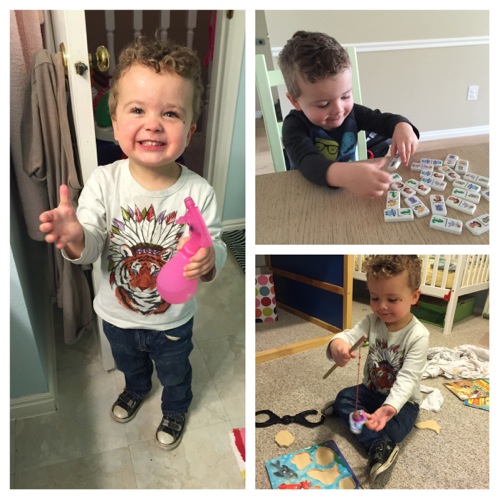 And instead of doing all fun things while Crew is napping, we’ve decided it’s time to include him from time to time, when my sanity can take it. 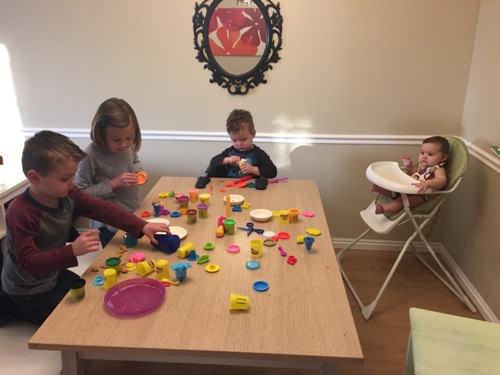 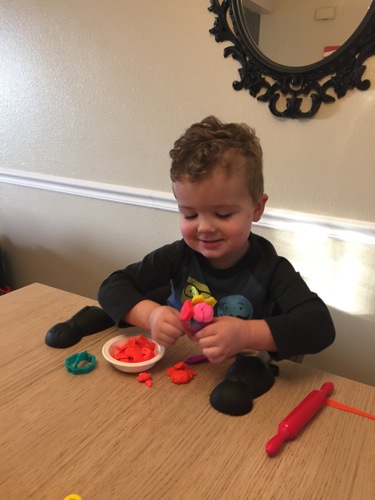 Like every month, we made multiple trips to Thanksgiving Point. 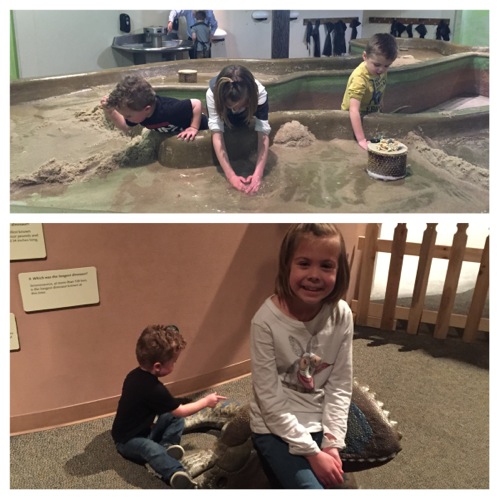 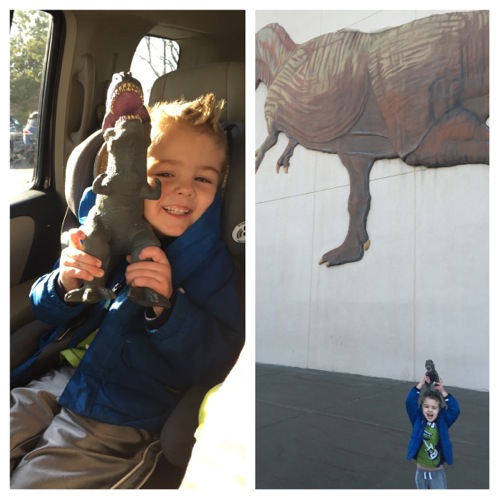 Every time we go to Museum of Natural Curiosity we discover something new. This time it was a tunnel between 2 exhibits and Ruby’s new love of the water table. 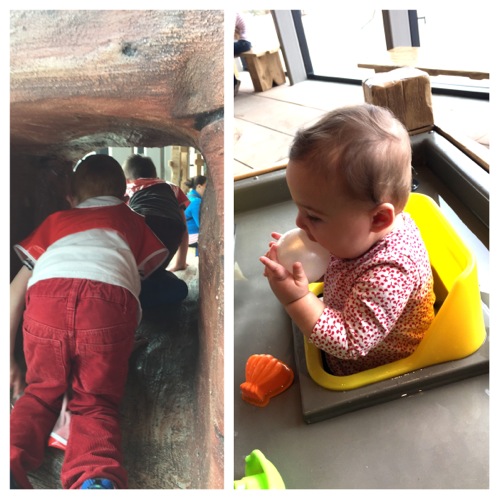 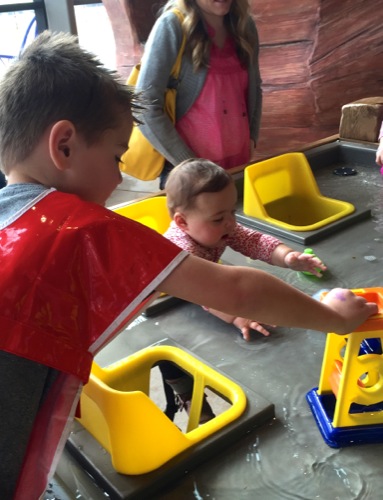 We even pulled Guitar Hero out of retirement for a few evenings. 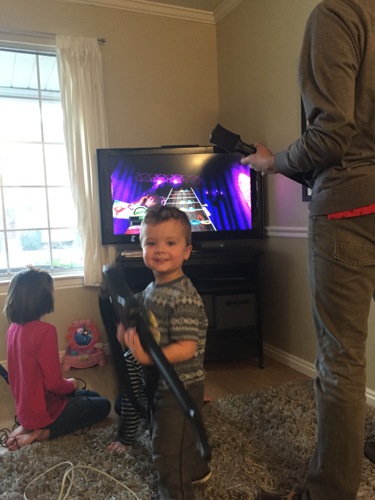 Ruby continues to be the most content and easy baby, and often the only reason I survive most days. 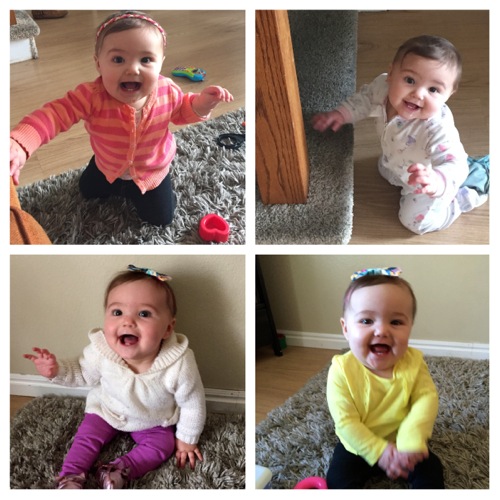 She loves to crawl around exploring, while keeping an eye out for any cereal or shoes that have been left laying around. 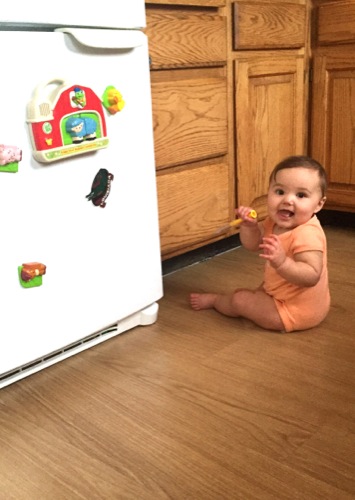 Ruby has yet to meet a baby food she doesn’t like. 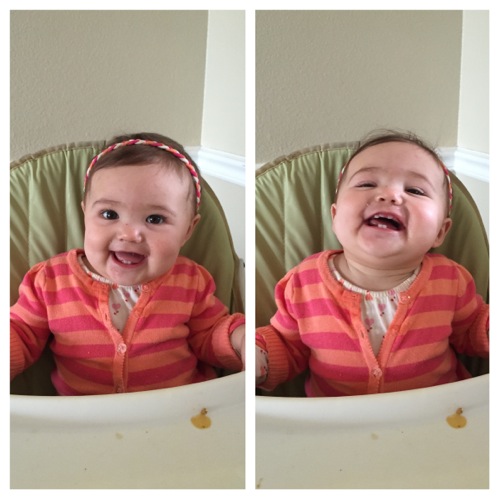 She also has the best frown! 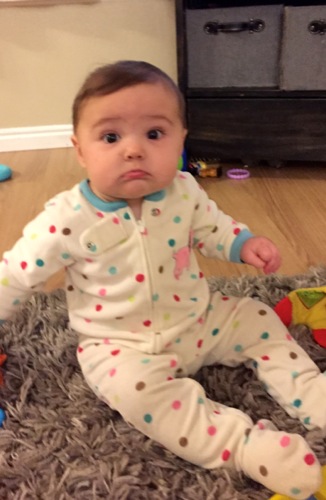 Crew has taken to reading her books and it is quite entertaining to watch. 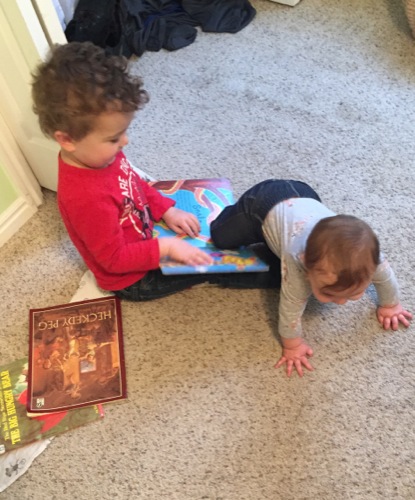 She also loves to spend time with her fellow baby friends and thus far has been a very gracious host. 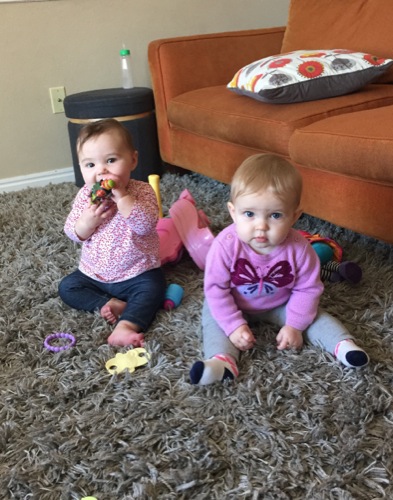 Yes, I am slightly obsessed with this chunky curious girl.

Miles though is obsessed with these Who Would Win books.  He was thrilled beyond belief to finally find a captive audience in Tajen and that I actually allowed him to take them outside. 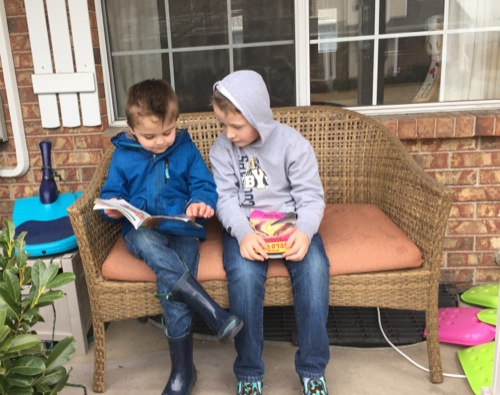 Macey and Kaylin had their first facetime chat and it was hilarious.  I can’t wait for them to have more. 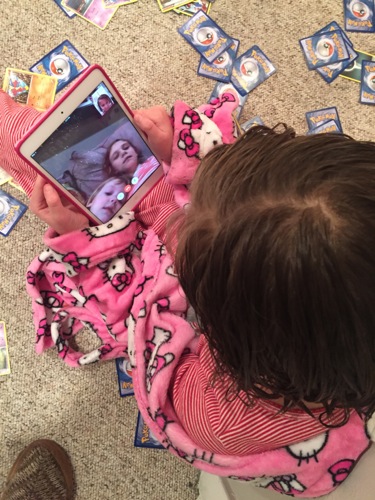 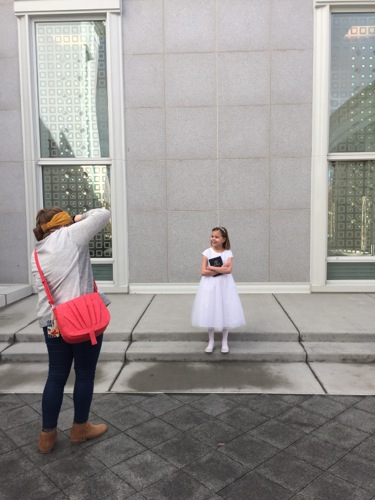 She was hilarious the entire time, cracking Holly and I up with her comments and observations. It’s become less rare to see the true Macey when other people are around and this was one of those moments where she was her true self and we loved it.

In total randomness we found these amazing magnets at Target and could not pass them up. 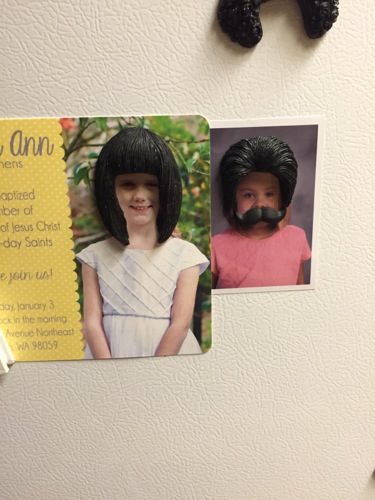 To celebrate surviving January well, we took the kids to dinner in public! It did not prove to be a total disaster, so I will count that as a success. 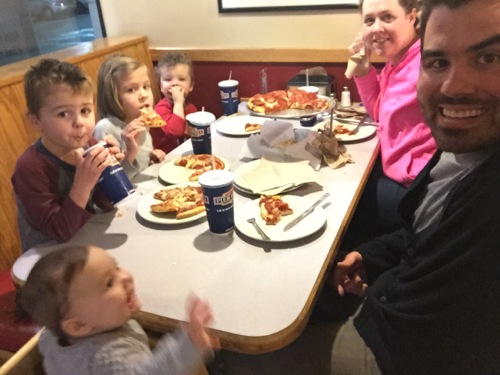