This girl just keeps getting more and more fun. 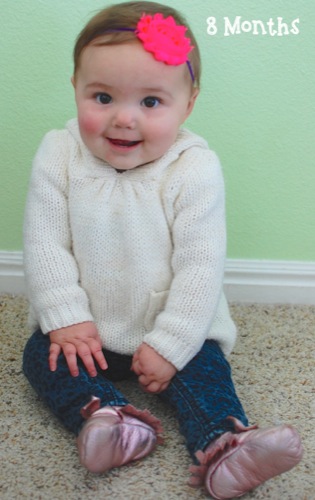 When we are home she spends most of her time rolling, crawling, and scooting around the living room as happy as can be. 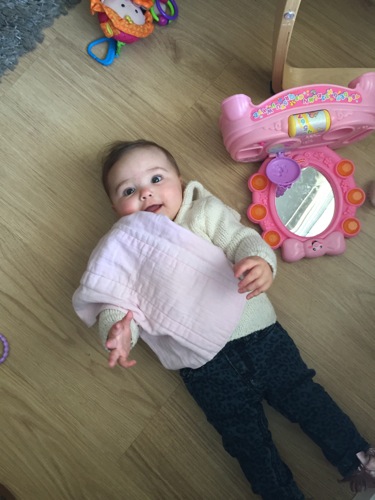 She loves to get over to the front door and chew on whatever shoes have been left there.

I was dreading the beginning mobile phase, but so far she has not choked and died, so we are counting that as a success. 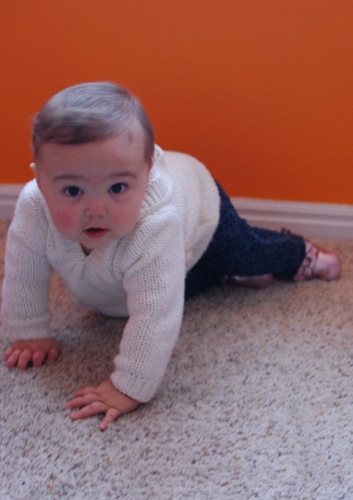 It also helps that I throw away all Barbie shoes and Ninja Turtle weapons, the moment they enter the house.  And Miles keeps an eagle eye on her, so he is usually the one to get the fruit snacks and things Crew has left behind out of her hand before they reach her mouth. 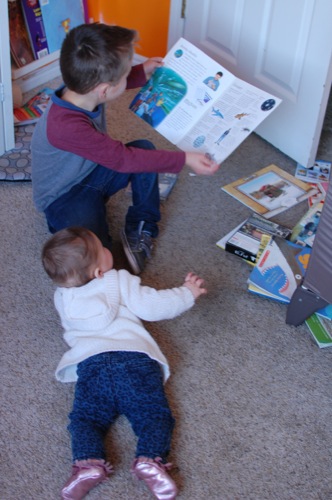 She’s still in love with Miles and he eats it up. 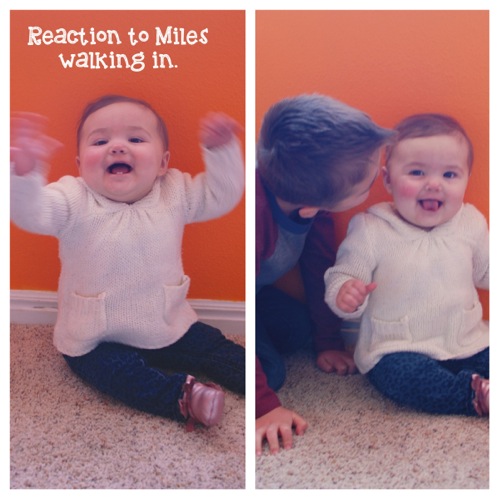 He is still the first one to run over when she whines and he loves to read books to her.

Everyday I catch her doing a real crawl more and more.  She pretty much can get wherever she wants to go with enough time and focus. 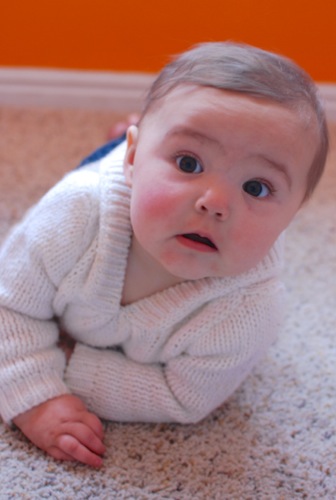 This month she learned how to get from her stomach to a sitting position too and it has made for much less whining while playing with her toys.  I love it! 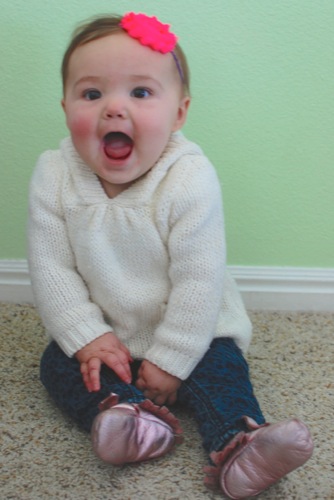 She graduated to sitting in the grocery cart at Costco. 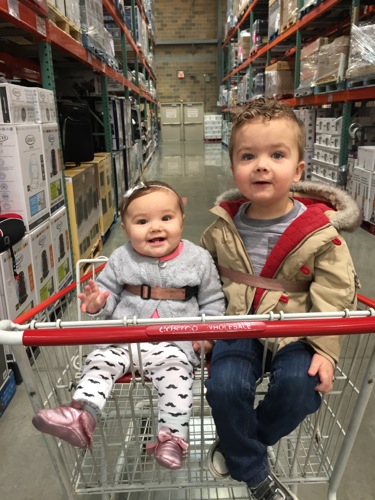 Crew was the most excited though and told every single person that stopped to talk to them how “This my Ruby, she a big girl.  She my happy baby”.  It was hilarious.

He rode with his arm around her the whole time and kept patting her back.  There were of course a few times I had to remind him to be soft, when his pats turned into hard hitting.  Other than that it was quite successful.  Much more than Crew and Miles’ first time riding together in the costco cart. :) 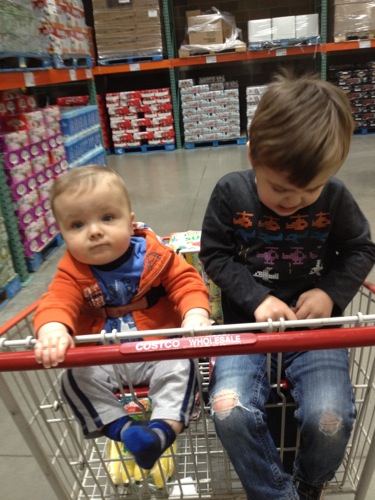 Due to her mad skills at wiggling out of the Bumboo chair, she graduated to the real high chair this month. 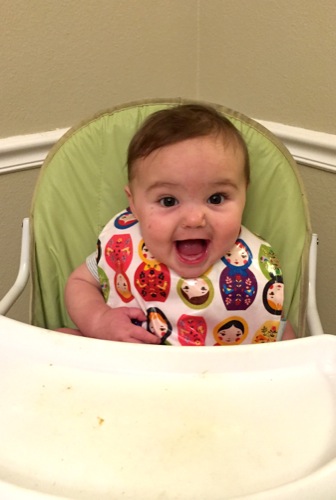 She has yet to meet a baby food she doesn’t like.  She also loves gerber puffs and baby mum-mums. When I stop being lazy I will give her some real people food.
She still just has the 2 bottom teeth, but is working on the 4 top ones right now. 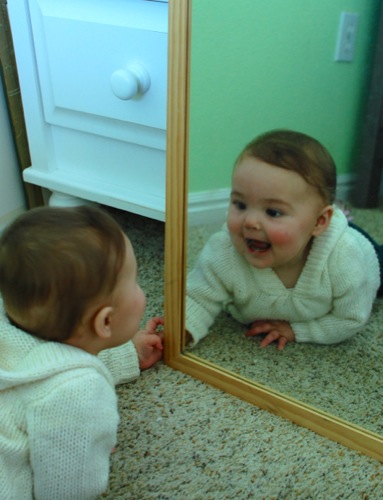 Ruby is also the least cuddly baby I have ever had. She doesn’t mind being held, just be prepared for lots of diving for the floor, food, toys, and anything else cool she spots while up there.  She will not even consider falling asleep while being held, which is awesome for naps and bedtime, but not so great for 3 hour church. 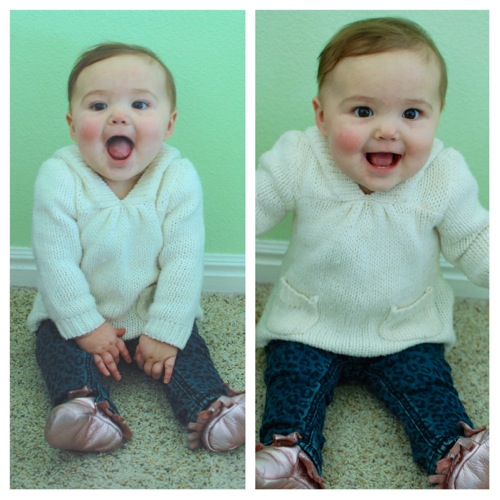 Pretty much we are still obsessed, but who wouldn’t be. :)