Before January gets away from me, I have to record the rest of our awesome Christmas Vacation with Paul.

Paul’s office was closed for the break, so it was pretty much his first real vacation where he didn’t work at all.  There was no one else at the office to call him with issues or questions…it was amazing.  Plus, not traveling and being on our own schedule, made for a very restful break.

Paul took advantage of being home and got a lot of projects down around the house. The main one being finishing the closet under the stairs in the basement, that my dad and him started last year. Or ”The Hideout”, as the kids refer to it. 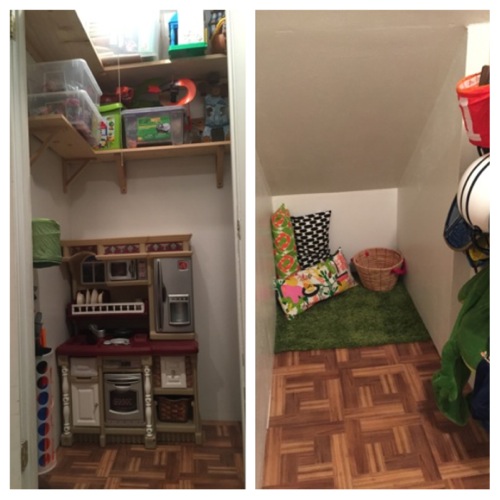 All 3 are in love with The Hideout and have already spent many hours playing in it. And I am happy to have gained an extra 30 square feet to help us get through winter in our tiny (but loved) house. 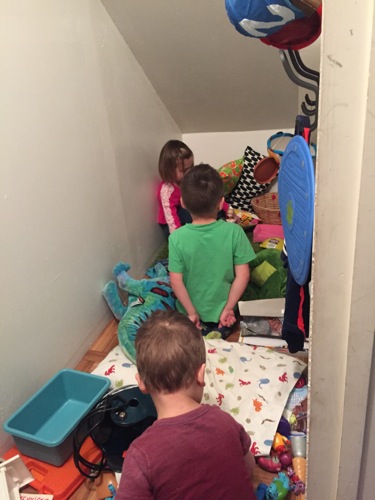 After Paul finished his work around the house, we had lots of time left over to play.  We went swimming, to the Bean Museum, SLC, byu basketball games, sledding, lots of playing out front, braved public restaurants, and ran lots of errands. 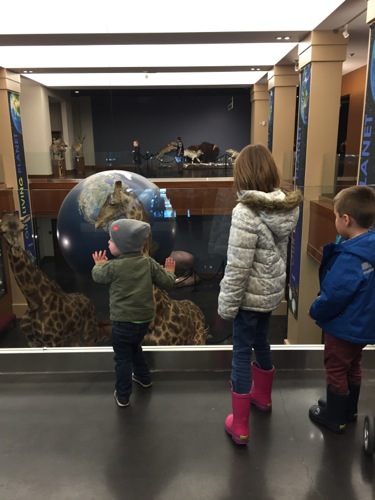 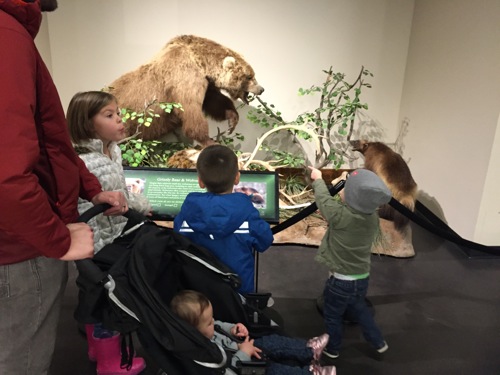 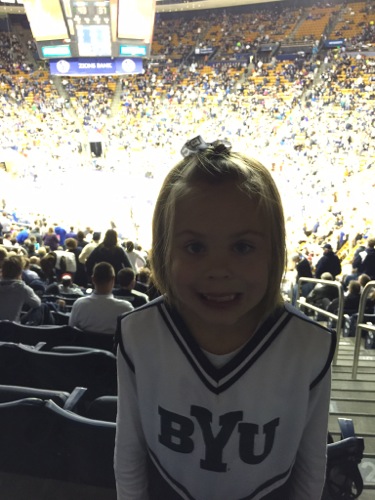 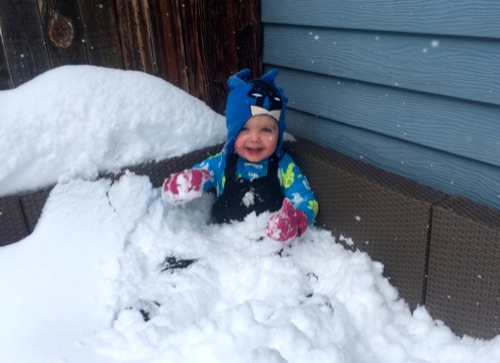 One particular snowy day we took the kids down to Rock Canyon to sled on some bigger hills.  It was snowing hard, so there was lots of powder.  I took Crew down after Paul and M&M had made a track, thinking he wouldn’t get too much snow in his face. 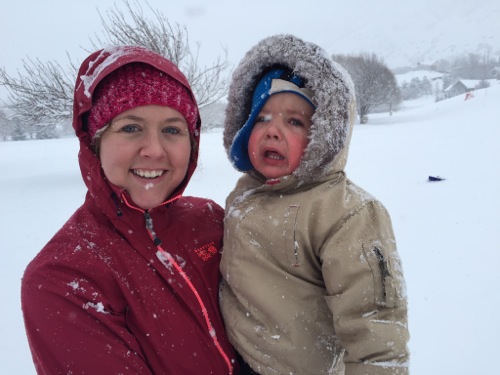 We ended up covered in snow, he was completely white from head to toe and screaming about how a big snowball got him.  I could not stop laughing and screaming (due to all the snow that went down my clothes). 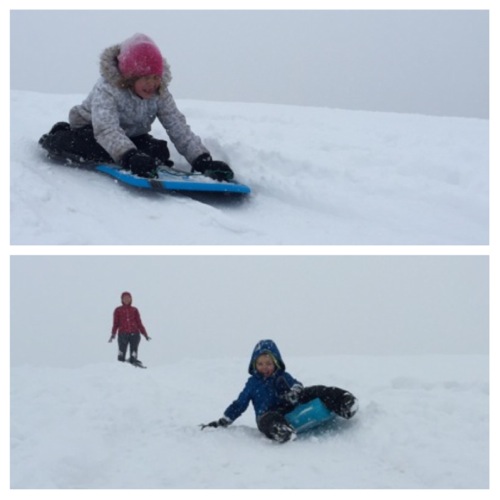 Crew and Miles spent 75% of the time crying and pouting.  Paul, Macey, and I spent 100% of our time laughing at them and having a blast in the crazy snow storm.  I was just glad we had dropped Ruby off at Holly’s.

While Crew was crying in the car afterward we asked him if he’d want to go sledding again and he answered between sobs, “Maybe Later”.  We were rolling. :) 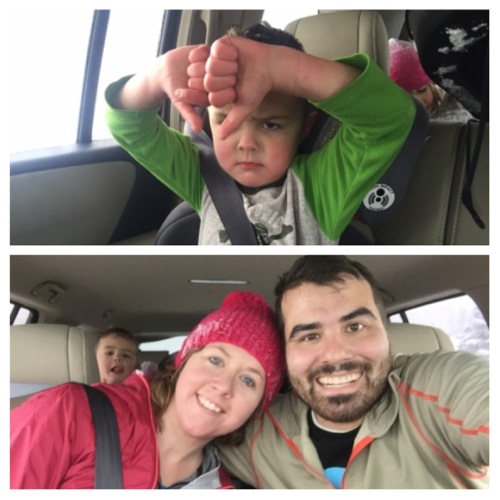 We had New Year’s Eve with The Browns and the kids all behaved exceptionally well…meaning they played in the basement and left us alone. :)  We even had time to learn and play a new card game while the 6 big kids entertained themselves downstairs. 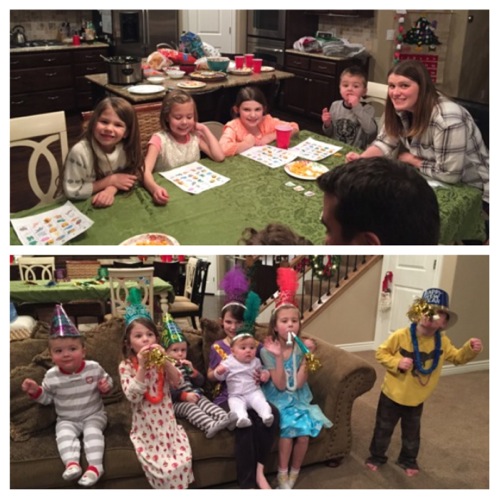 Crew and Liam were pretty hilarious all night playing together.  They only got in “trouble” one time, when they locked themselves in Michelle’s cold storage to build and then knock over towers of soup cans. 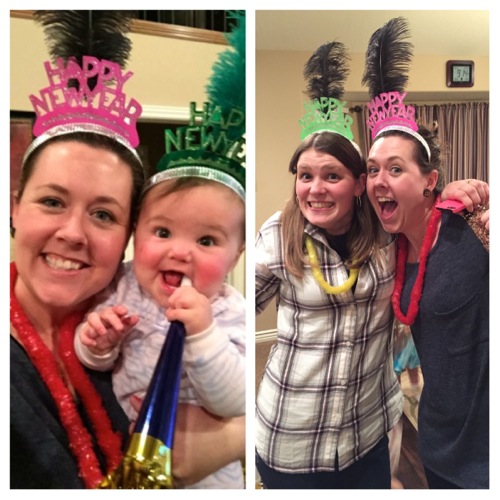 We put on a fake countdown just after 9:00 and then had all our kids tucked in bed and fast asleep by 10:00.  It was a perfect evening. 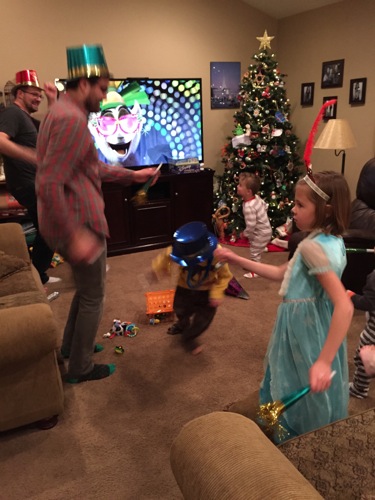 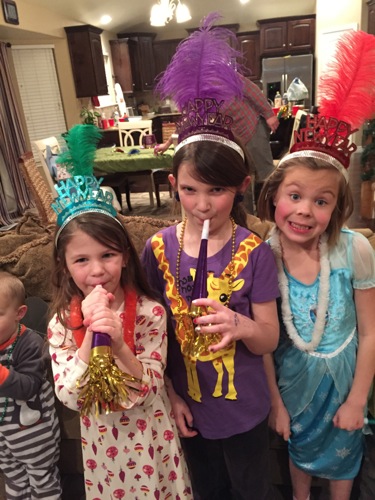 There were also lots of movie nights.  The favorite being the introduction to The Princess Bride.  All the kids loved it.   Crew would hop up and sword fight right along with them. 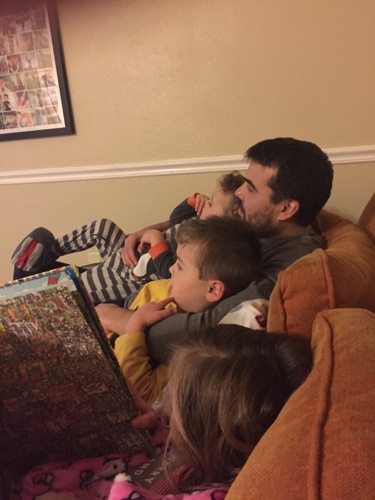 We were sick with the flu the Sunday before Christmas, so I tried to take a picture of the kids in their Sunday Christmas Clothes the next week.

This is all I could get.  Typical. 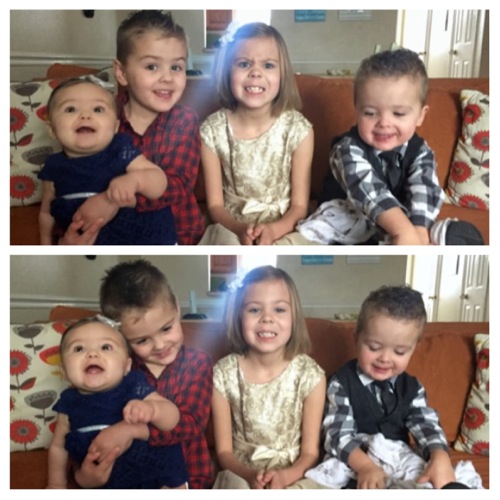 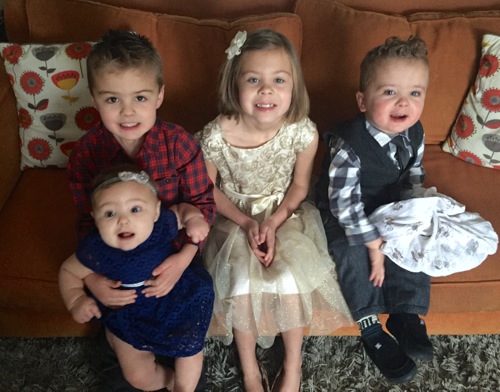 We also got babysitters, a lot. 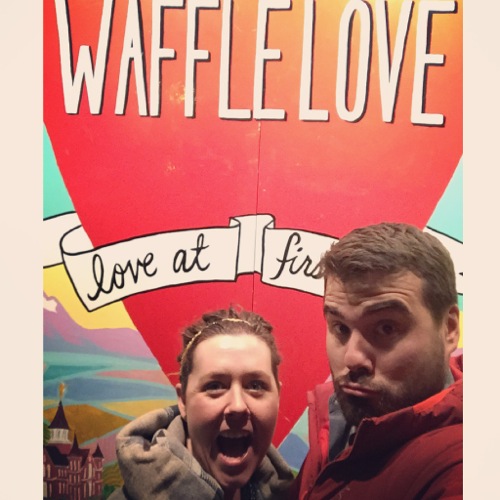 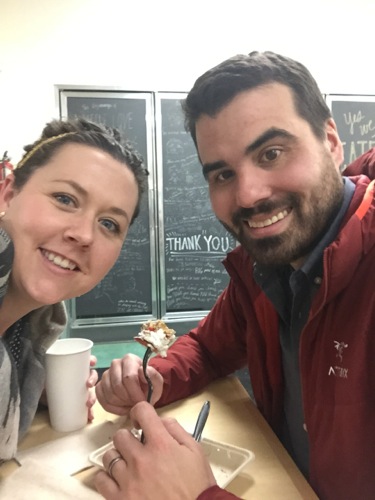 We are back to real life now and I am actually ready to face it.