I don’t remember a November where we spent as much time outside and I am not complaining one bit.

We had one random day with a tiny amount of snow, which was of course thrilling. 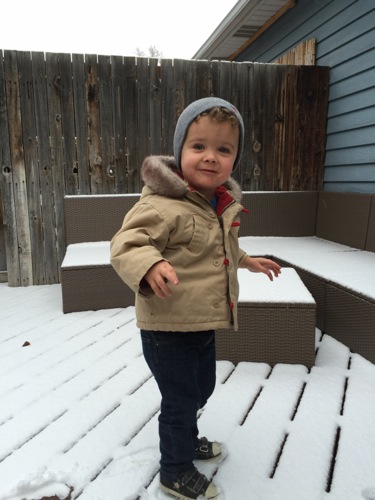 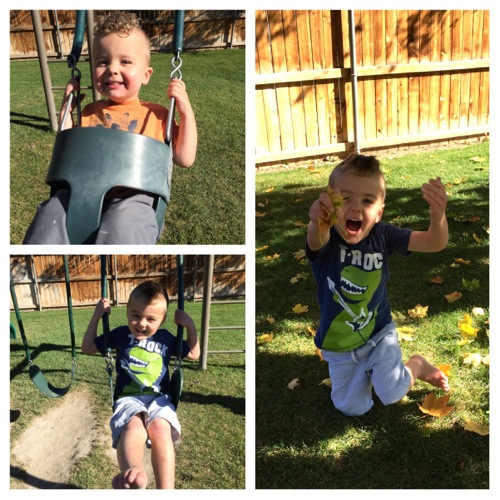 And a few colder days, but just right for leaf jumping. 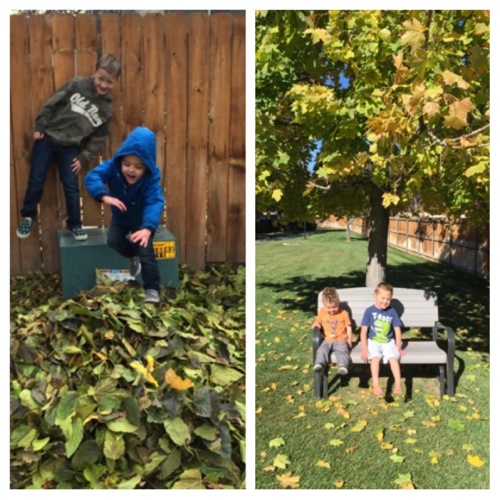 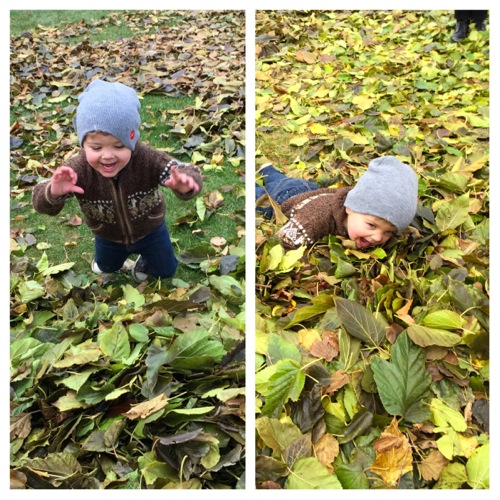 And Crew’s current favorite “fight”, which is always safer done outside. 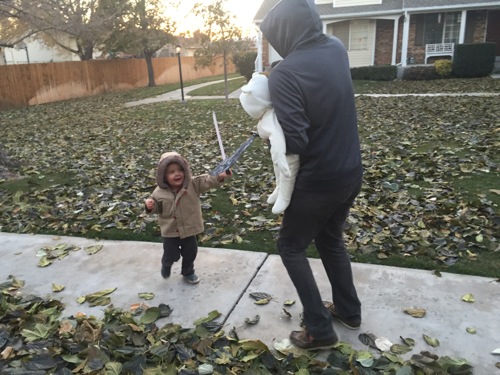 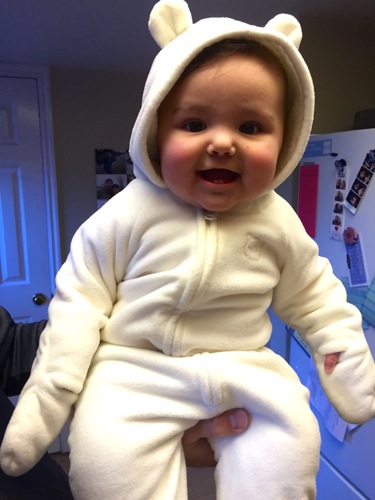 Miles’ preschool class even had their Thanksgiving Feast outside in the sun. 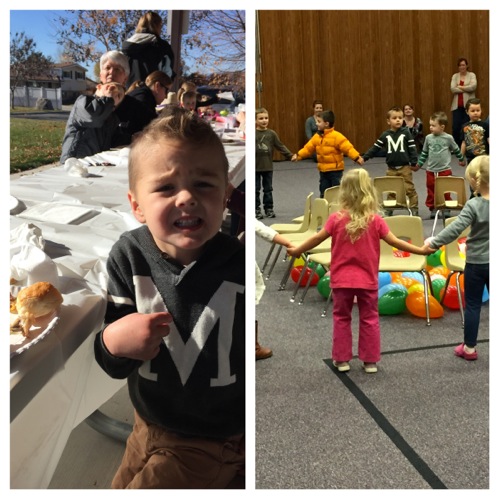 and I want to note that Miles kept burping during the feast and the dads we were sitting by could not stop laughing.  This obviously didn’t help and I had to give them the evil eye.    I guess we need to practice having nice manners during dinner.  But, seriously, it was pretty hilarious and I would of laughed hard if I could. :)

One warmish day, we ran down to Holly’s house and she took some quick pictures of these handsome dudes. 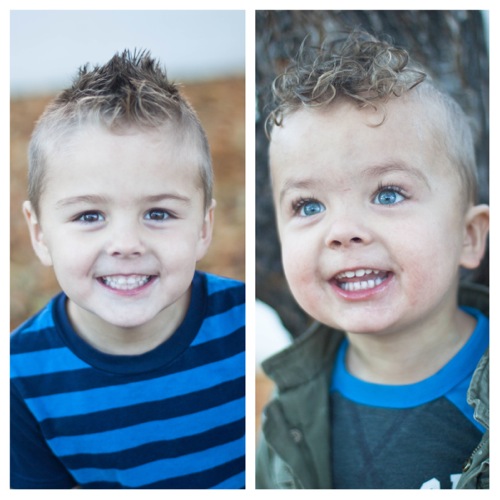 There has also been many fun afternoons playing and climbing around in the basement like the monkeys they are. 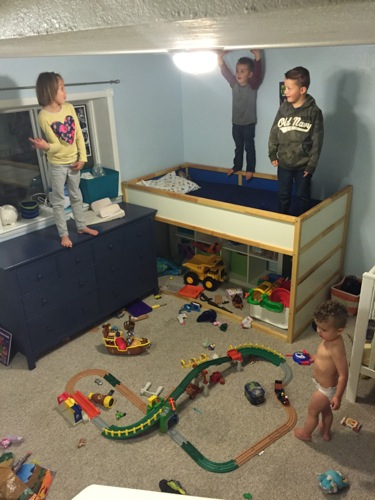 Sometimes I stick Crew in Miles’ bed (when Miles isn’t home of course), so I can get the laundry done in peace.  He LOVES it. And don’t worry, he’s only fallen out one time. :) 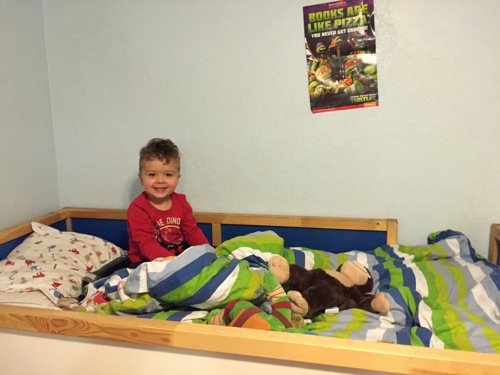 Speaking of Miles’ bed, this is a common sight when Paul goes to check on him at night. 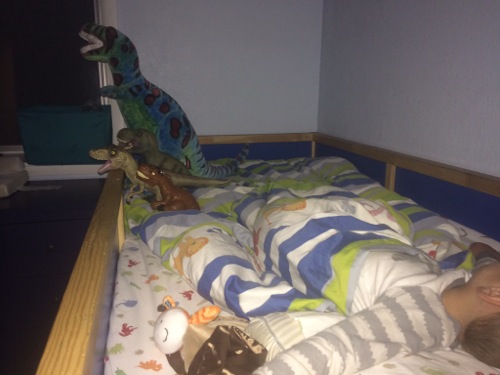 Since Winter is slowly approaching we planned a neighborhood girls night to The Chocolate, before we all go into hiding for the winter. 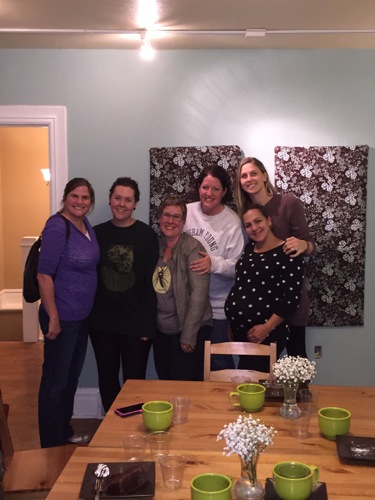 I love these ladies.  If it wasn’t for them there are many days I might not of survived.

One thing I am barely surviving though, is church. 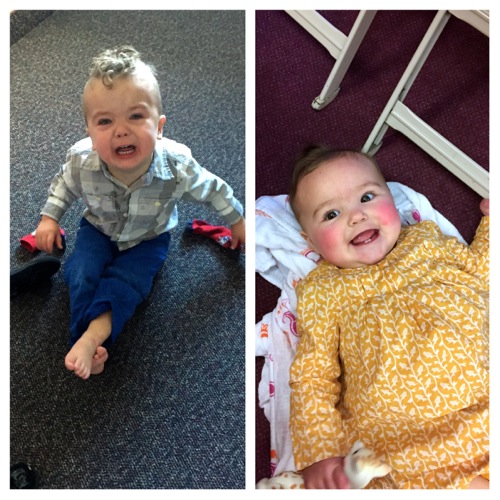 Luckily Ruby is an angel, a loud one, but an angel non the less.

Miles’ spends most of Sacrament Meeting sitting in a classroom practicing sitting on a chair.  Which usually involves lots of screaming, tears, and my large muscles blocking the door.  Crew also spends a lot of time screaming and crying, as seen in the picture above.

Last week, while taking Miles out to the hall after having to break up a fight between him and Crew, he went limp and I had to drag him out, as I was carrying Ruby too.  He then proceeded to grab the door jam, so I then had to bend down and pry his fingers off.  It was awesome.  I now have a renewed love for maxi skirts.
And that’s just the first hour, I’m not even going to get into the 2nd and 3rd hour with Miles.

In good news, Macey FINALLY learned to tie her shoes!!  I seriously almost shed tears of happiness and relief. She’s a double knotter pro and I love that all the frustration is finally gone. 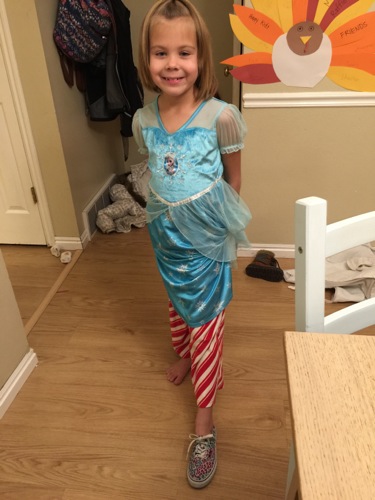 We got to go to The Brown’s house for Thanksgiving and it was wonderful. 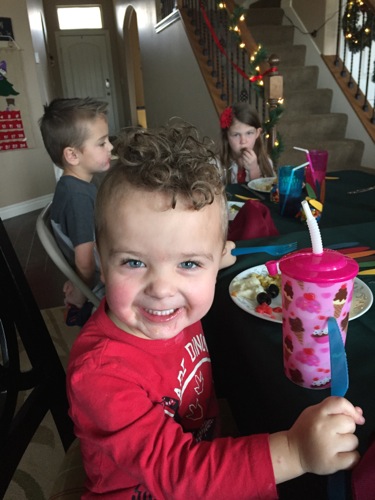 Macey was a little sad at school that week when they kept talking about how Thanksgiving is a holiday where you spend time with family.  I believe her exact quote was “Mom, why don’t we spend Thanksgiving with family?  You’re suppose to be with family.  We always just have it with our friends.” 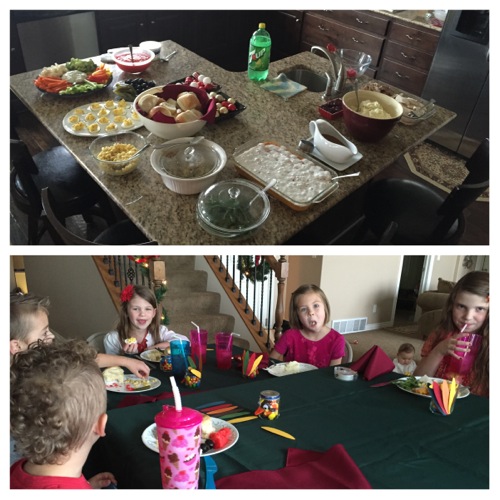 I think she forgot all about being sad though when she got to hang out with her bff’s all day. 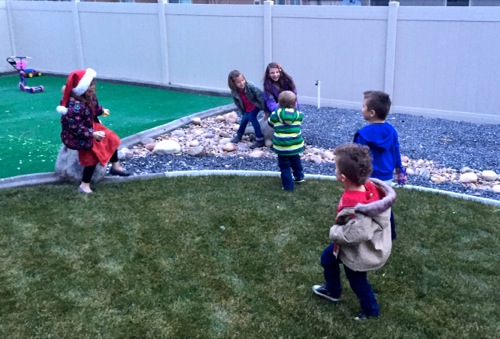 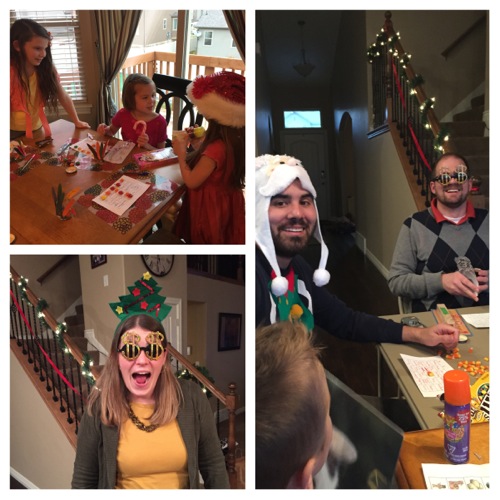 We also put up our tree, before Thanksgiving. :) 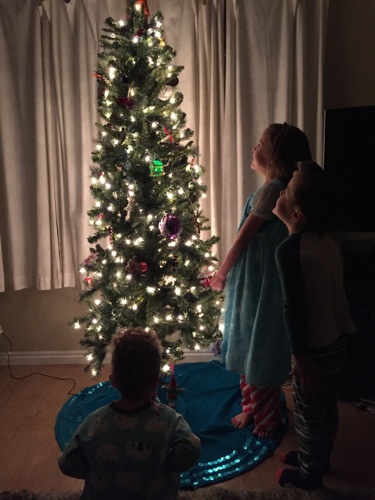 The kids are in love.  There really isn’t anything much better than watching them soak it all in.

We also discovered our new favorite local BBQ place, Bam Bam’s.  It is the closest I’ve had to Texas BBQ in Utah and I’ve been dreaming about going back ever since we left. 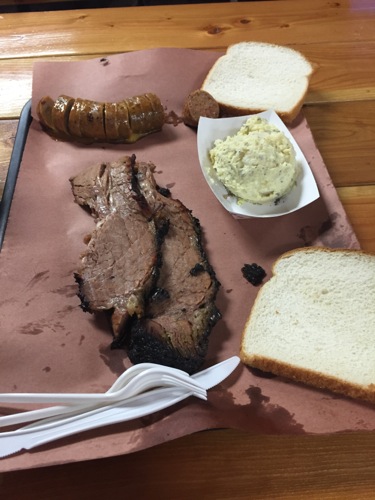 My biggest accomplishment this month though was going through my baby boy and girl clothes.  We are in desperate need for room in our attic, so I buckled down.  I got 4 tubs down to 1, there were just things I could not part with yet. There were some tears shed, but I am making progress. It’s weird/hard/sad/exciting to be leaving these baby days behind. 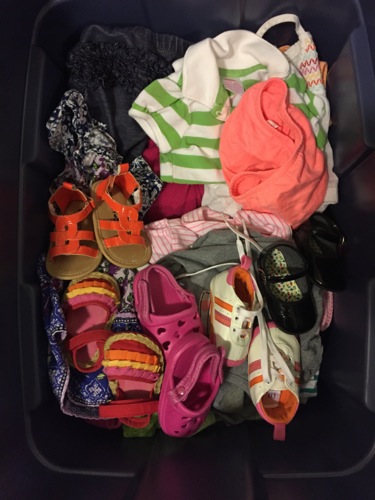 Like always, it was a crazy busy month.  Maybe things will slow down in January, at least I can tell myself that, right?