So, Christmas was pretty much the best this year.  But, I suppose that’s how it should be with 4 kids 7 and under. 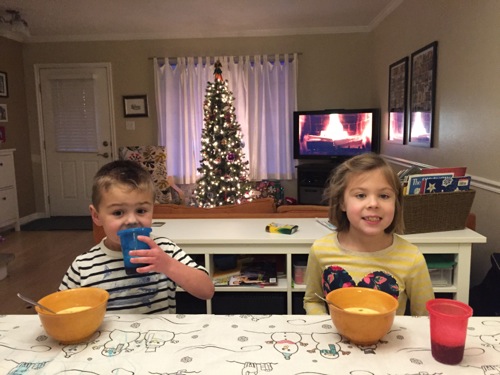 They were given explicit directions not to come upstairs until 8:00am. 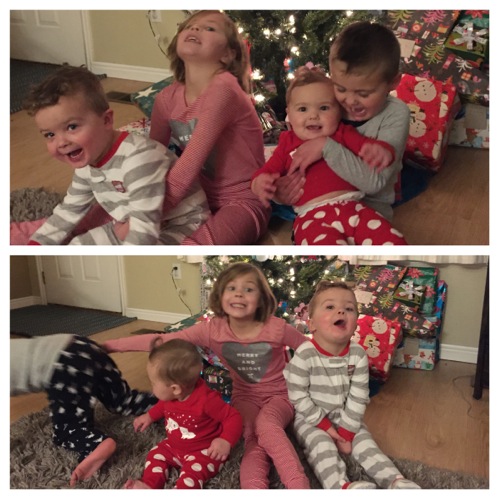 As you can see from the pictures above, I was slightly worried about the whole going to bed thing. 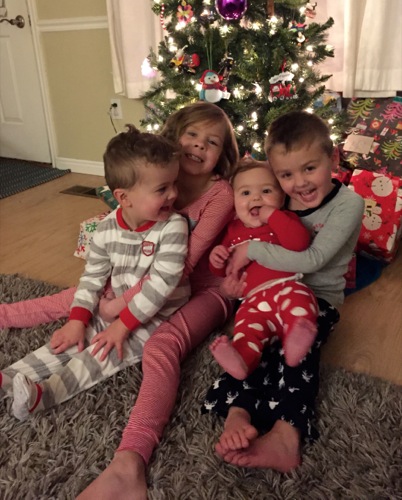 But, they did surprisingly well, and we had to go get them at 8:00 as we were the ones up and ready to go. 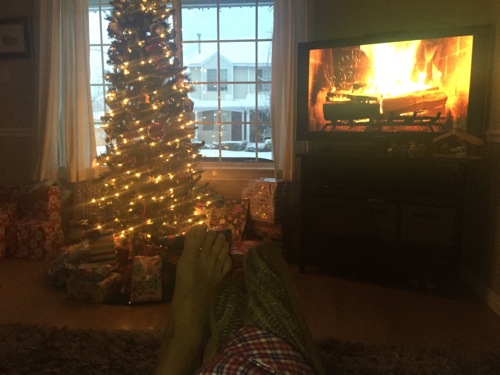 Did I mention it snowed?!  As in our first real snow fall of the winter? The kids went to bed with little hope of snow that night and woke up to lots.  Yes, it made for a pretty magical Christmas Morning. 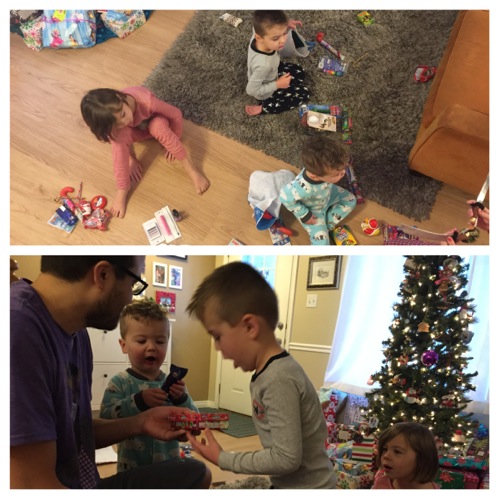 And after we did stockings, we just had to go out for a min. to enjoy it before breakfast. 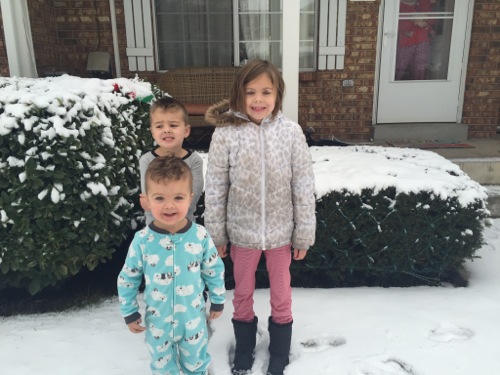 We opened presents in many shifts and just enjoyed the morning, as we had no where to be until 2:00. And even then, we only had to trek 2 doors down. 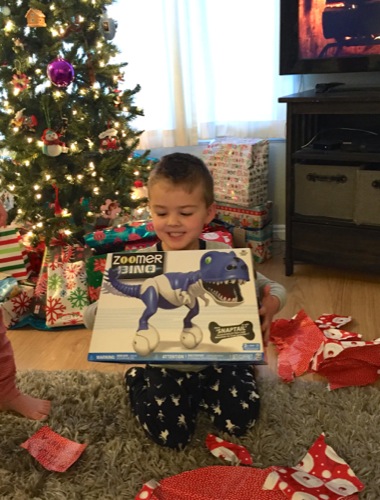 Miles’ efforts to be good paid off and he was thrilled Santa brought him exactly what he asked for…Zoomer Dino. 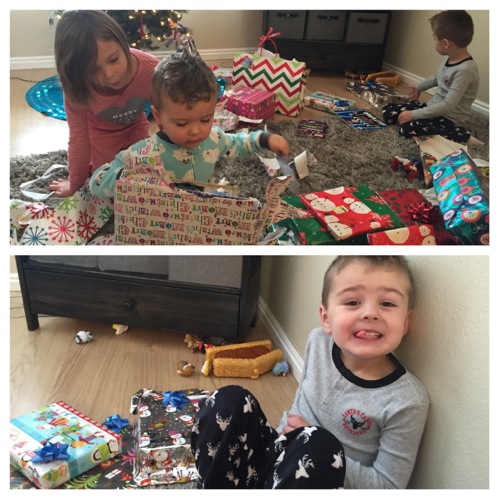 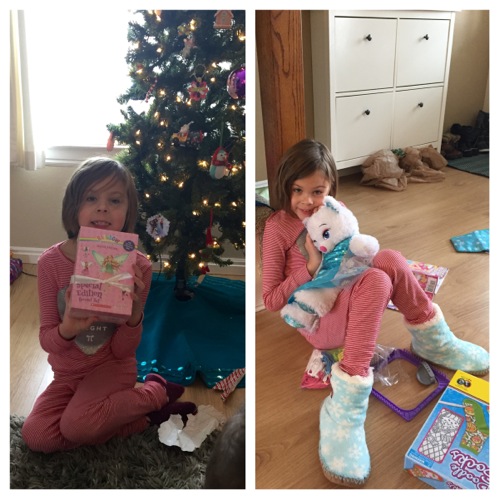 Santa put Gerber Puffs in Ruby’s stocking and all the kids had to take turns to giving her one.  She was not a fan at first. :) 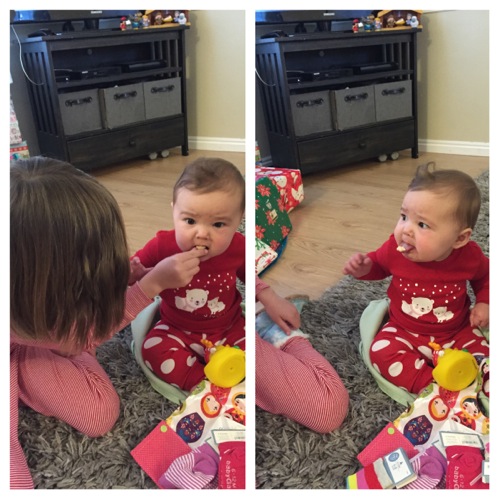 The first thing Crew said when he came upstairs was “Where my Buzz?”.  Luckily Santa delivered and we had one happy 2 year old. 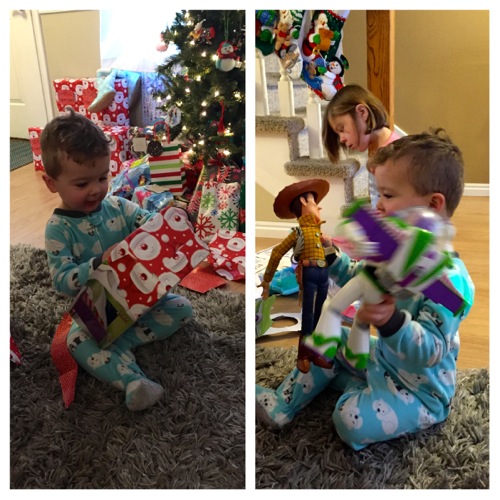 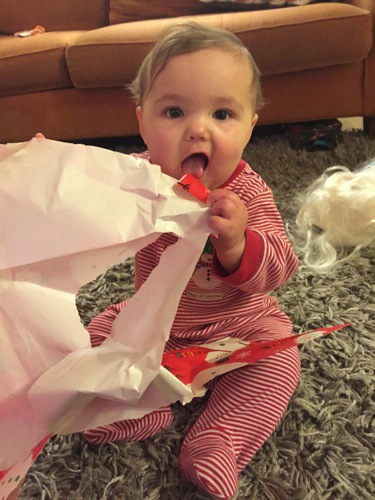 Another popular present of the day was when all the boys (paul included), got new swords.  ”Fight” is a popular activity around here, and we now have plenty of weapons so everyone can be adequately armed. 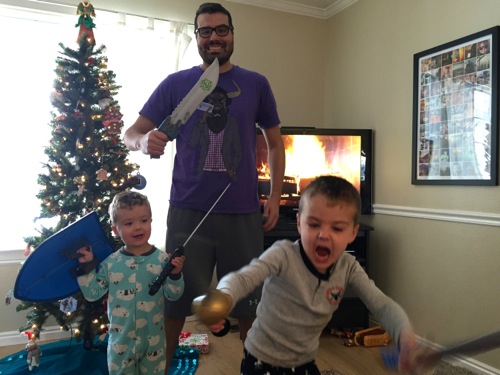 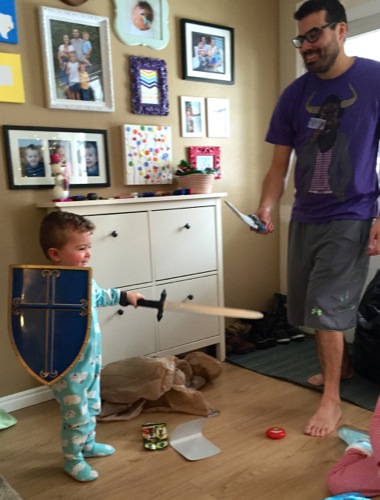 In between present opening we pulled out the snow clothes and went and played for a little bit. 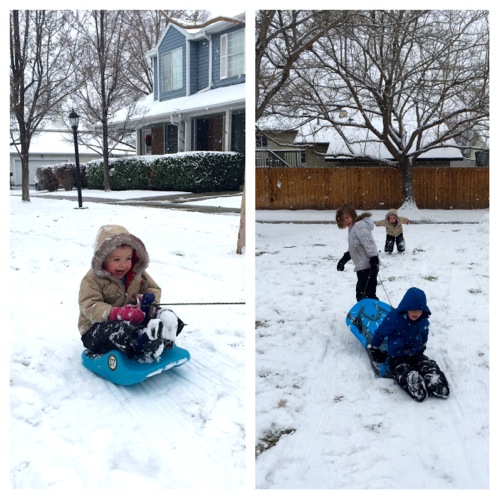 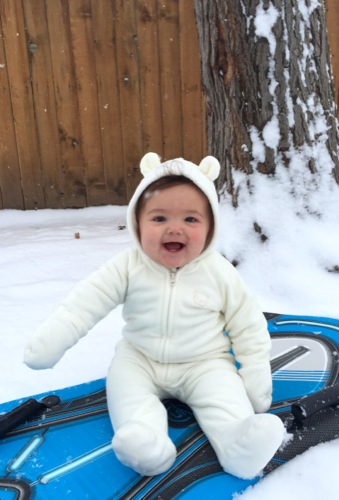 Then it was off to The Everett’s for Christmas Dunch and games. 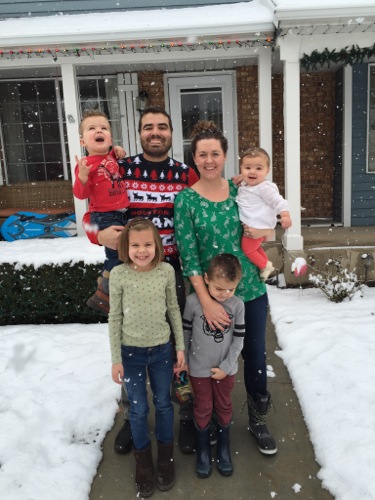 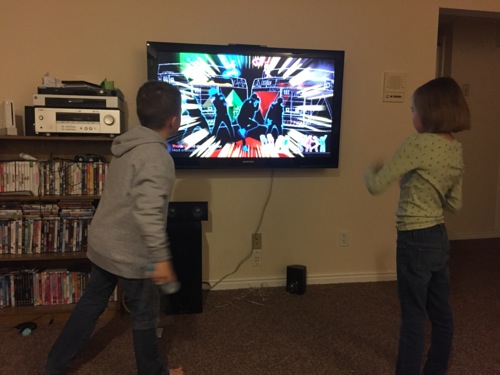 While we were eating we all decided we couldn’t pass up a perfect Christmas snow and decided we had to go sledding. 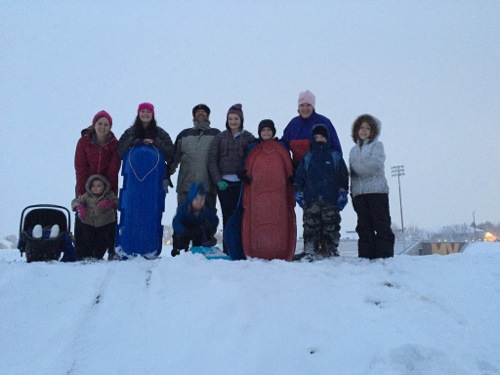 There was no crying and complaining about being cold…it was an actual Christmas Miracle. 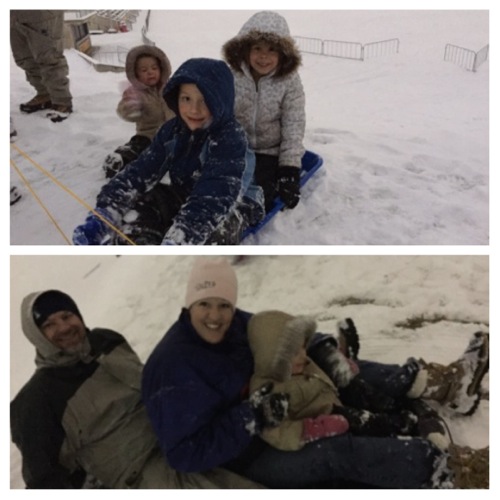 Ruby even loved it. 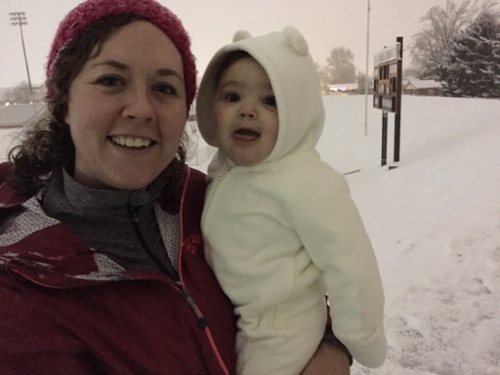 It really was a perfect Christmas where we got to just enjoy each other and the spirit of the day.