Since my children got the shaft last year with all things Halloween related, I decided we better take them to a pumpkin patch this year so they wouldn’t start to think we were neglectful parents.

Even though I am no longer puking my guts out (like last halloween), I still could not handle the craziness that is Cornbelly’s.  Luckily my children had no idea what they were missing and were thrilled with our visit to Pumpkin Land.  Plus, we were the only ones there!!  Seriously, the only ones. 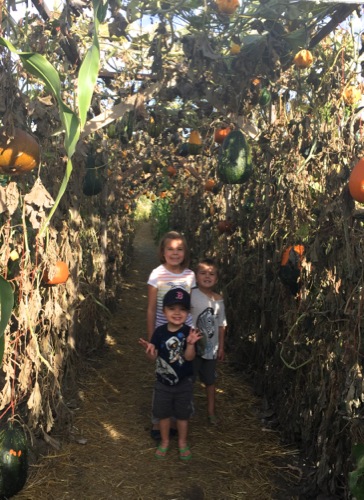 they all loved the pumpkins and gourds growing up the sides and on the ceiling at the entrance to the corn maze. 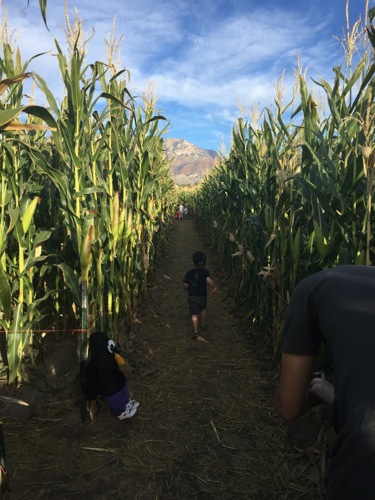 Poor little Crew could not keep up with M&M.  But, seriously, that view.  Love it. 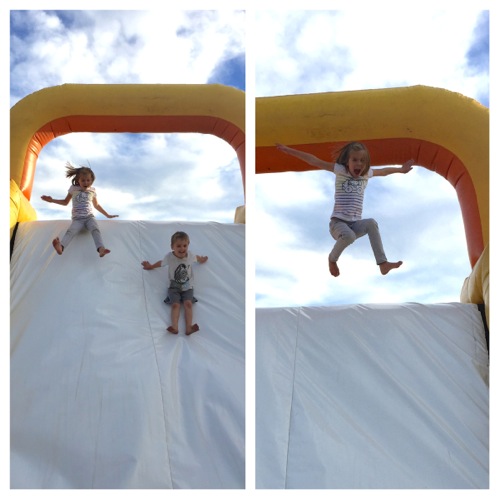 Having the inflatables to ourselves, was obviously Navasard Children heaven.  Expect Crew would not get near them.  So, since there was no one there to judge, I did what any good mom would do…I shoved him in kicking and screaming.  He of course remembered that he loved them, as I knew he would. 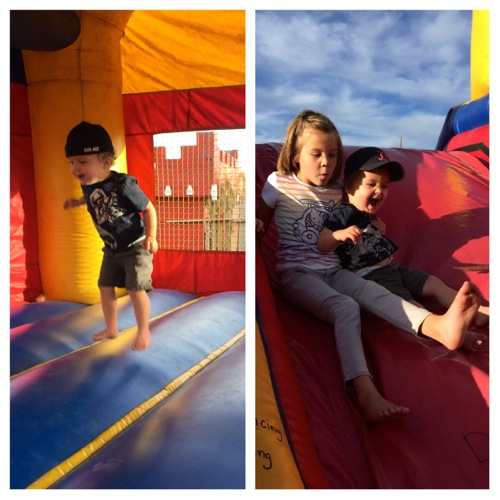 Pumpkin Land is filled with these cutouts and we had to stop at everyone.  These are my 2 favorites. 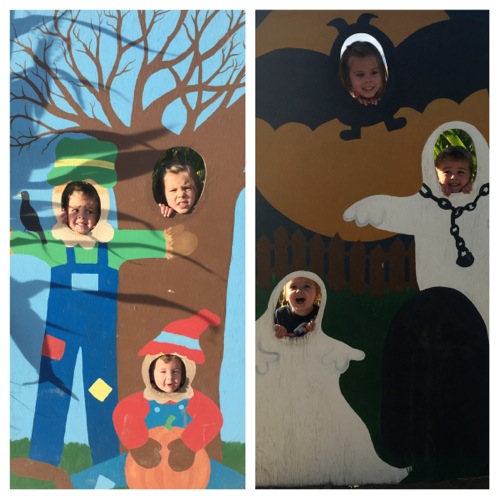 And it wouldn’t be a trip to Pumpkin Land without a picture in the giant Jack O’Lantern. 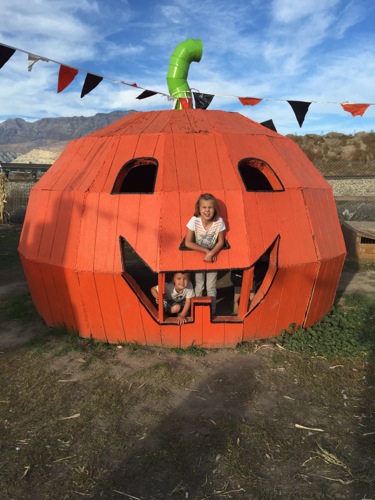 One of my favorite Halloween traditions is Fright Fest.  This was year 8!

We let Ruby and Wren join in on the festivities, don’t tell the other kids. 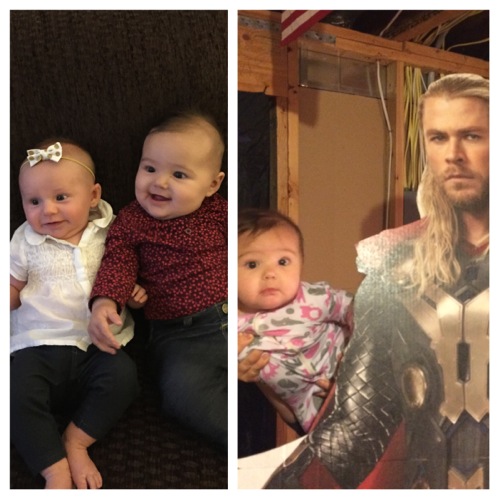 Funny story, we all forgot our pumpkin carving kits, so we had 1 good knife between us to share. whoops. 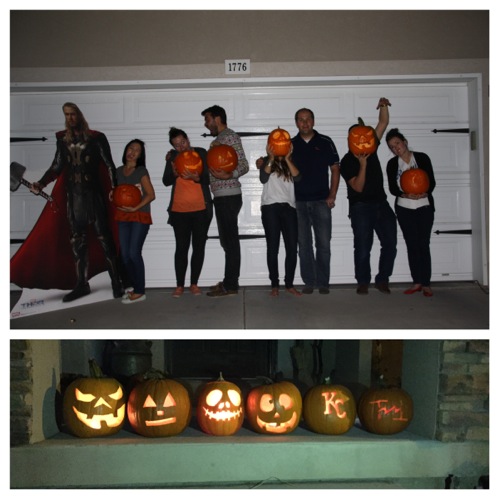 Man, I really do love these people.

Now onto one of the best days of the year…HALLOWEEN.

I got roped into being the Room Mom for Macey’s class. Even though, I really didn’t want to be in charge, I of course ended up having a blast planning the party.

Macey’s favorite was the marshmallow vampire teeth game.  I found it highly entertaining as well. 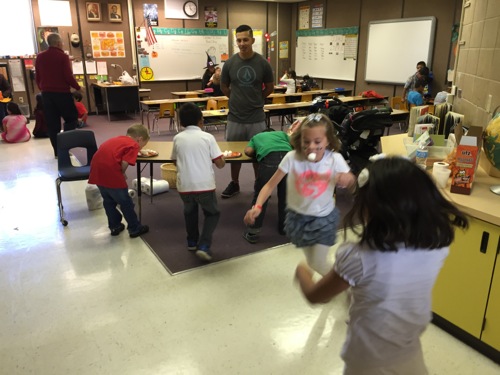 She also loved the Halloween Parade and made sure to smile and wave when she walked by. 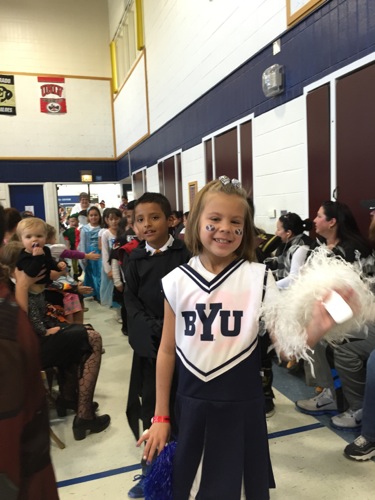 Onto this year’s costumes. 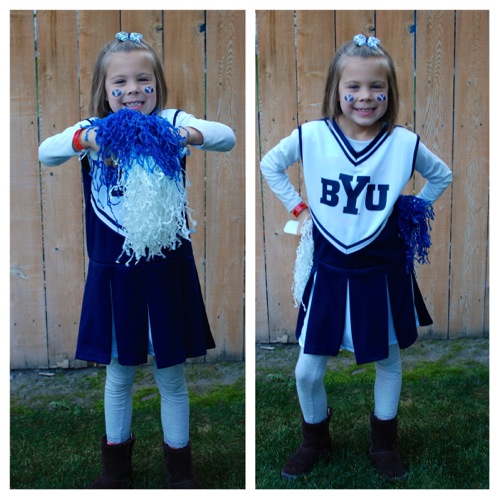 The Paleontologist riding an Allosaurus. 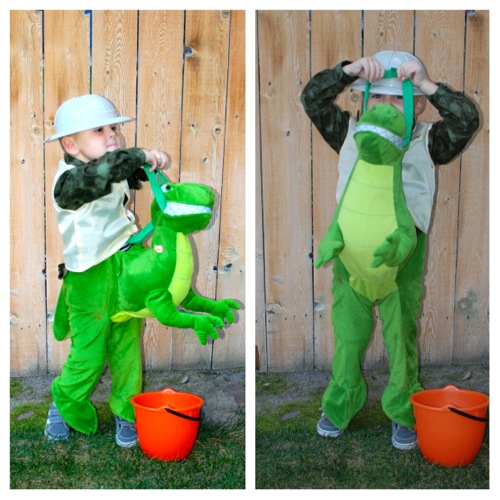 Not to be confused with a T-Rex, as he quickly pointed out to everyone.  And then proved this by counting the three fingers.  As any true dinosaur lover knows, T-Rex’s only have 2 fingers.  :) 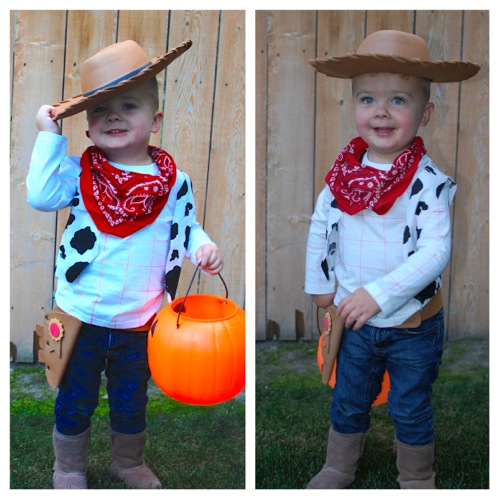 All night Crew was saying “howdy partner” and “dare a snake in ma boot”.  It was adorable. ** 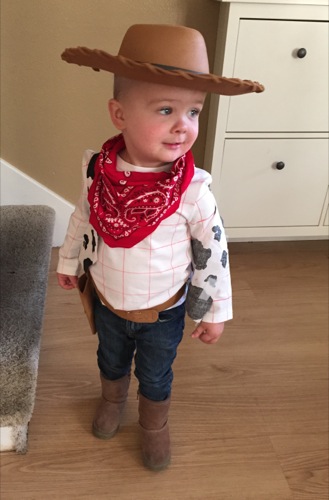 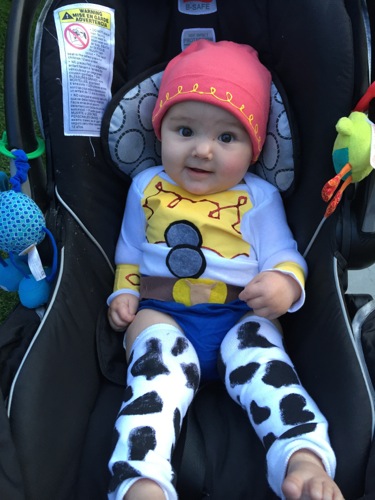 Ruby’s costume unfortunately had to be disposed of at the end of trick or treating, due to a poop explosion.  I was just glad I decided against carrying her in the front pack. 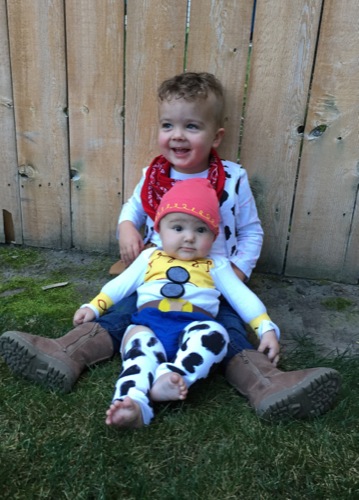 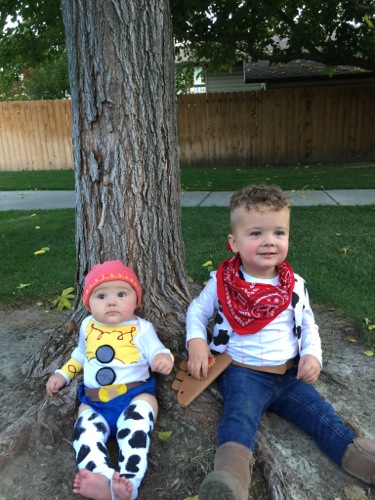 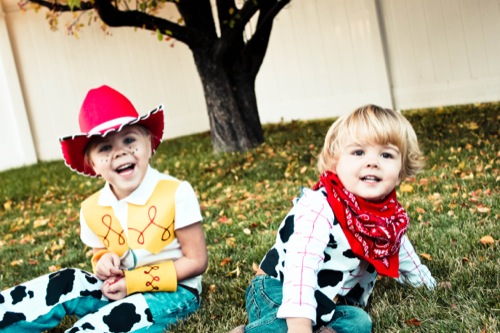 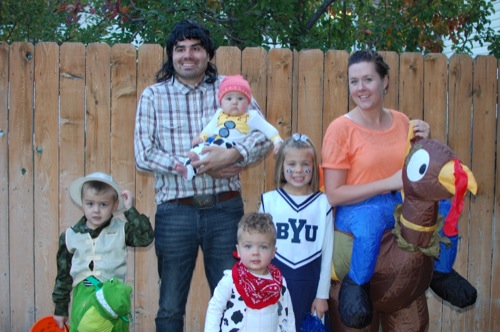 Trick or Treating was thrilling, as always.  Trina saved our sanity once again and came along for the fun.

Crew was adorable all night long running after M&M holding his hat and pumpkin.
** 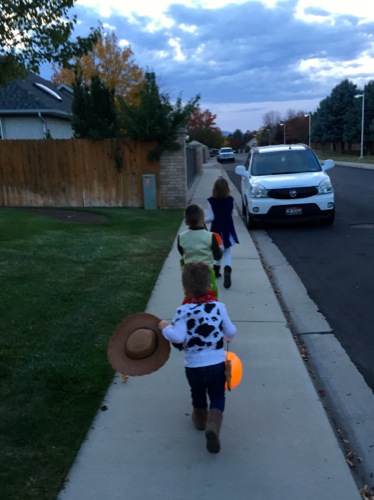 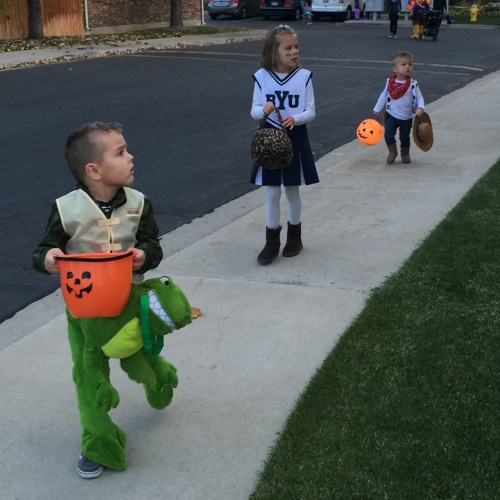 He was also adorable saying “Tank You” after he got his candy and ran toward the next house.
** 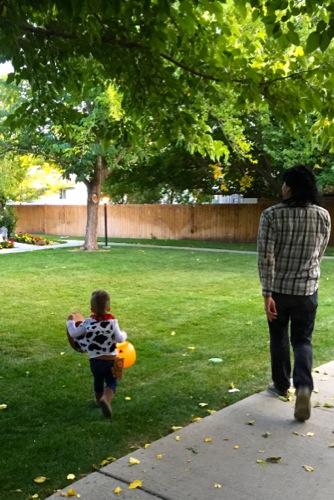 **Miles was often heard asking for 2 pieces of candy.  When we’d reprimand him, once again, for not being polite, he’d respond, “I not be rude, de just forget to give me two.”  Luckily, everyone knew him and his antics. 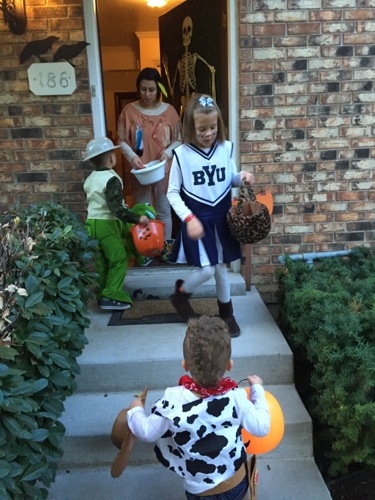 **Trina was the official bucket carrier for the boys when they could no longer haul their load themselves. 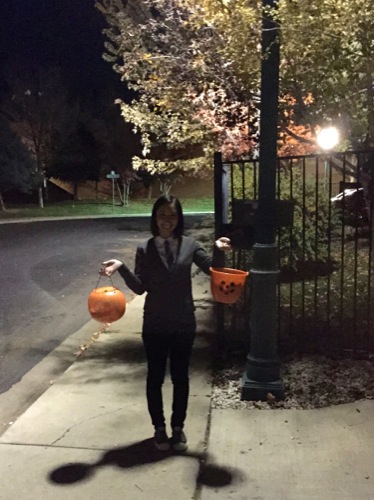 The night then ended by showing off their haul to Nana and Opa. 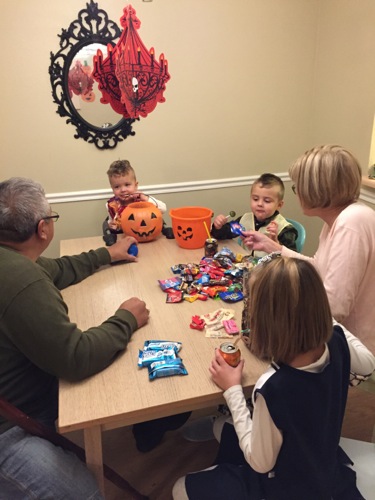 I’d say it was a pretty awesome Halloween.