I love fall in Utah, especially this year, since we’ve been enjoying pretty much an entire month of perfect 70 degree days.  So, we’ve been trying to soak up as much sun as possible before the snow comes.

We got to enjoy a perfect day at the Zoo with friends. 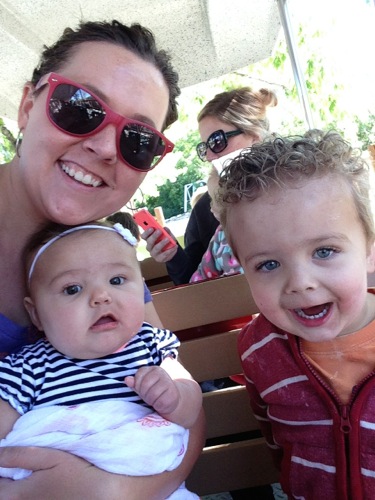 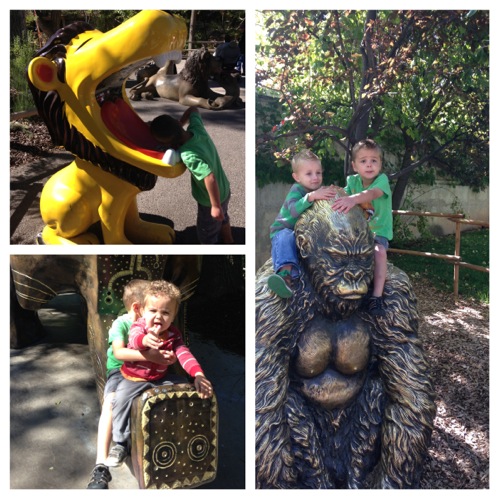 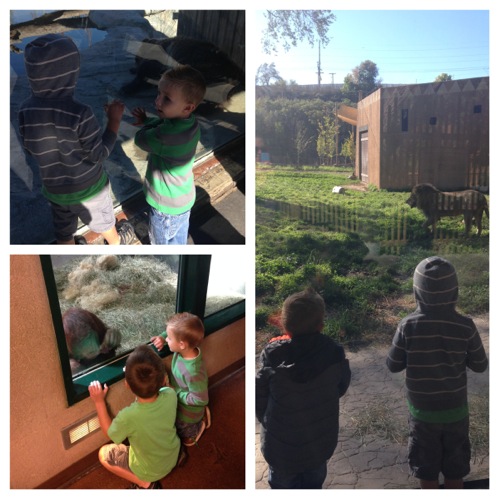 We’ve of course spent many afternoons at Thanksgiving Point. 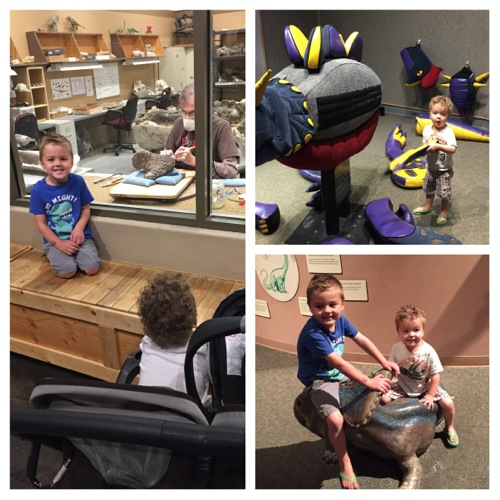 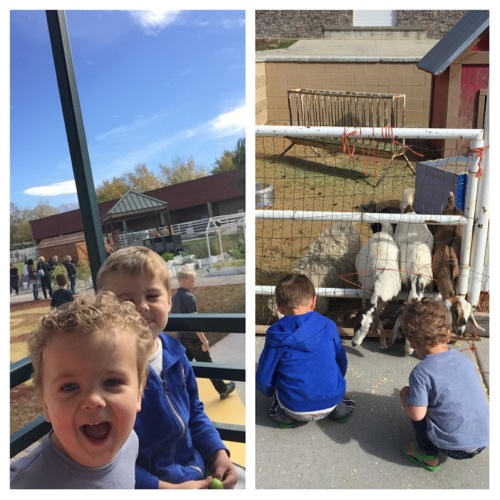 Domo has been extremly good to us this month.

They threw a tailgate for the BYU vs Utah State game.  The game sucked, but the tailgate more than made up for it. 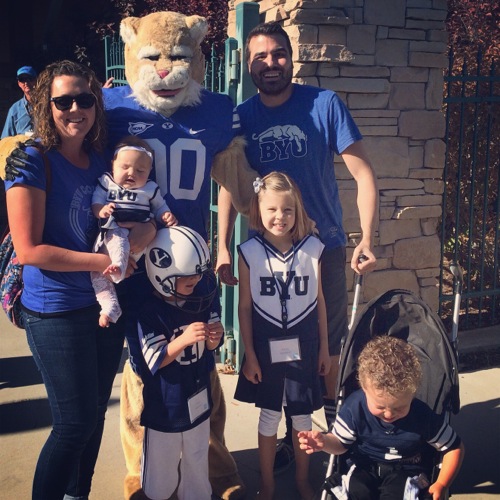 We ended up needing to make a trip to the BYU bookstore to get some new BYU clothes for the ever growing kids. 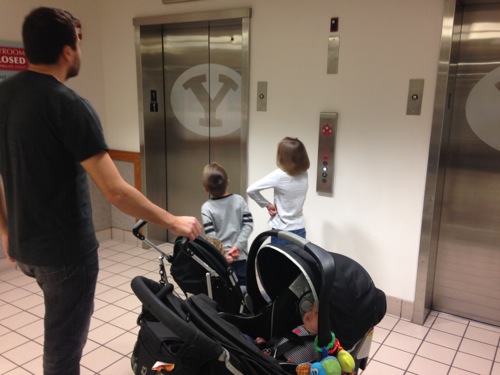 It is always weird being back on campus with a herd of children in tow.  Makes me realize, that even though it feels like just yesterday I was there, I am indeed old. 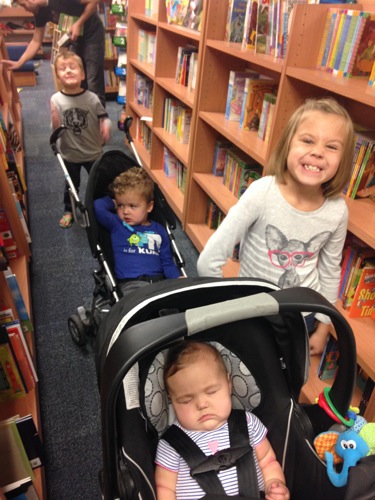 At the tailgate there were inflatables, games, food trucks, face painting, the byu dunk team, Cosmo…yes, it was pretty awesome. 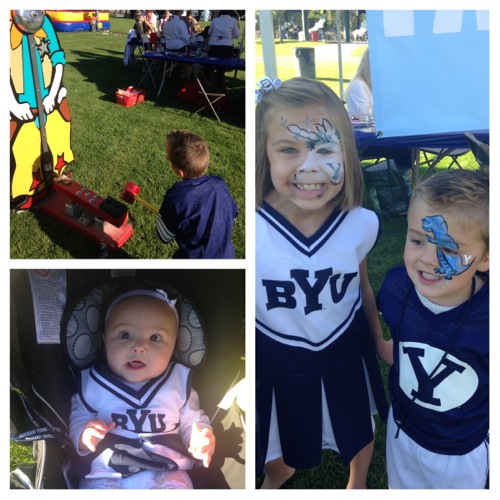 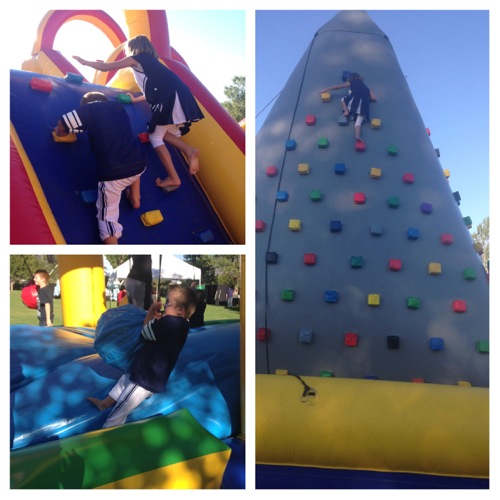 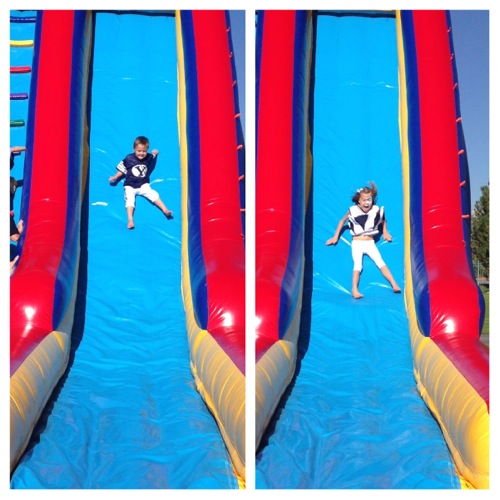 Food, ice cream, drinks, friends, and amazing seats made it pretty easy to forget how bad BYU was playing. 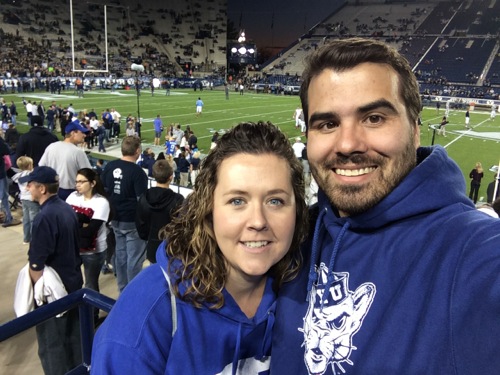 And box seats to Real. 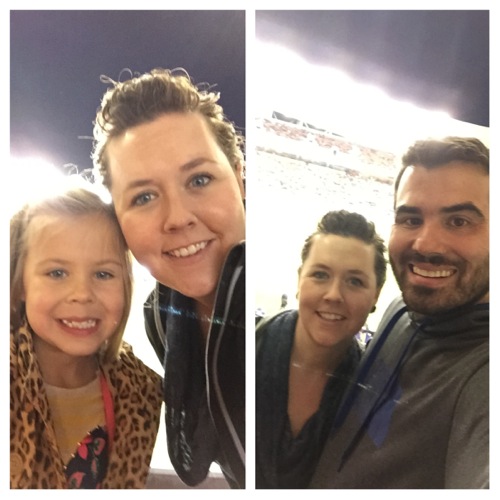 Macey and Miles were in heaven.  Macey said on a scale from 1-10 it was a 100 and Miles said it was infinity. 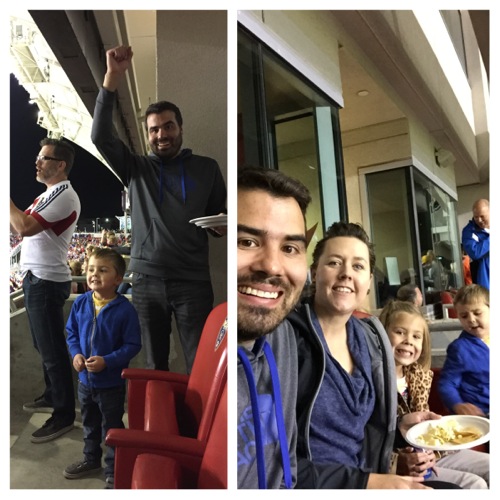 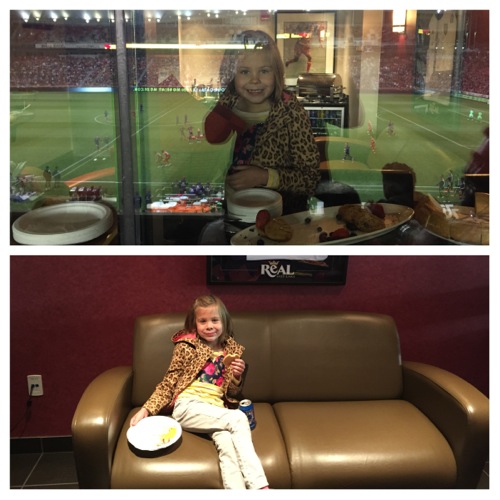 I don’t know if they will ever be content with our normal tickets again. 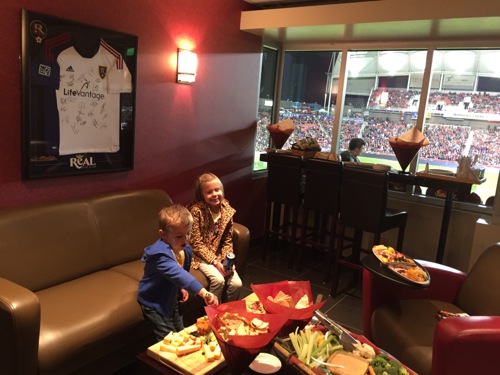 We’ve also been enjoying our neighbors and park, before we all go into hiding for the winter. 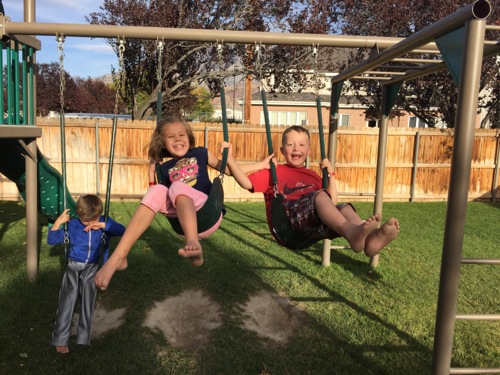 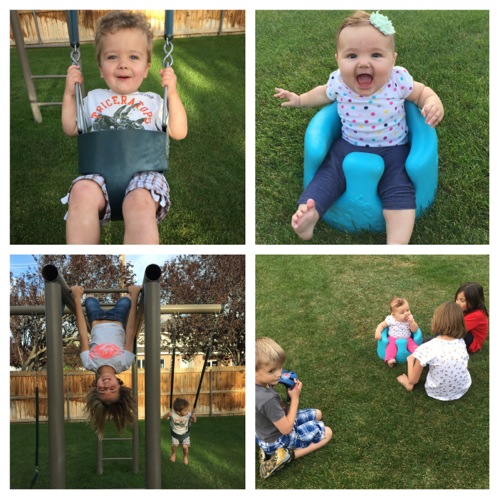 Then there was the time Miles got stuck in the baby swing and had to wait for Paul to get home to be rescued. 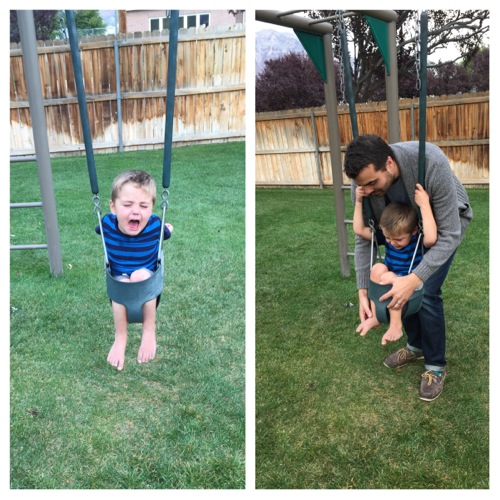 We had our annual neighborhood carnival and it was great, as always. 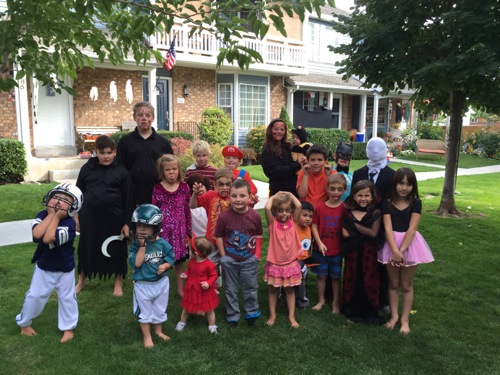 I decided to keep things interesting and switched things up this year and did fishing instead of our normal bean bag toss. It was quite thrilling. 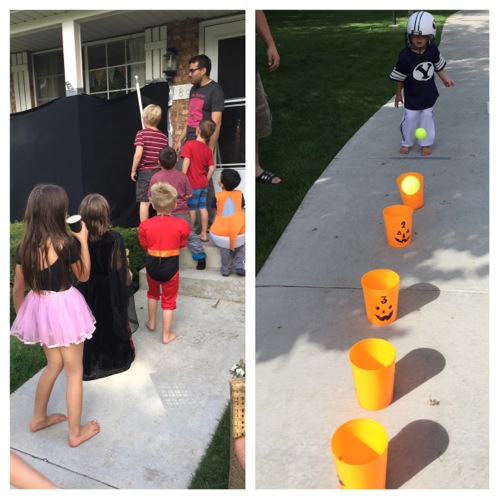 And really, these two were just too cute in their costumes. 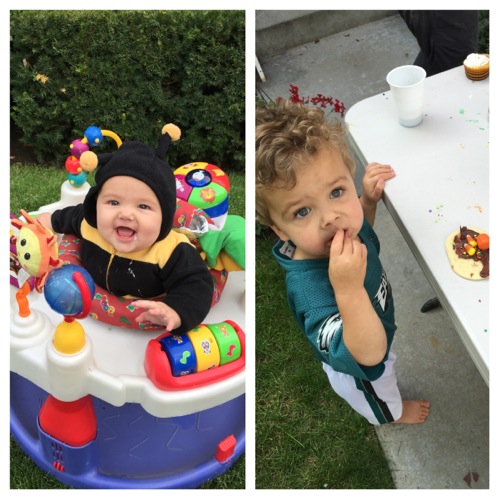 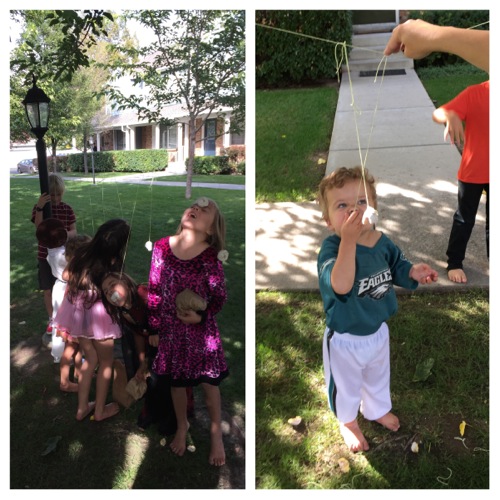 We got to have Macey home for a few days during her fall break.  It was awesome having no homework, no schedule, and having someone there to keep Miles in line.

Since the entire state had the same days off though and I currently don’t do crowds, we just played at friend’s houses and went to the never busy, Chuck E. Cheese. 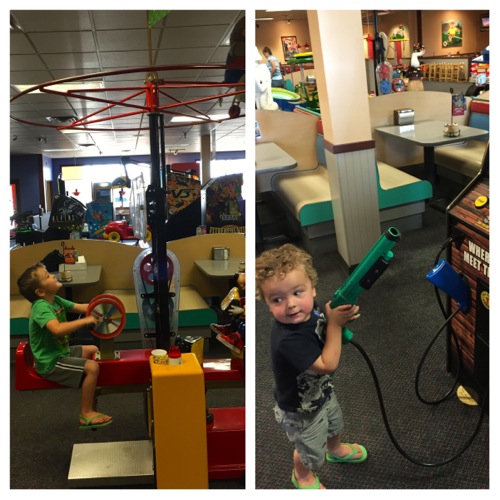 Since Crew never stopped running and never finished a single token on a game, I was very happy the lovely Holly came with us. 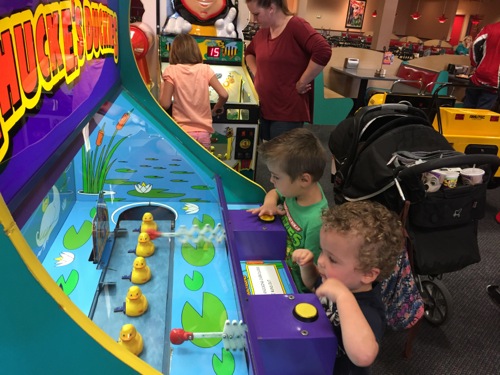 We of course got together with The Brown’s.  And since Michelle feels the same as I do about crowds, we decided to throw the kids a Halloween Party instead of venturing out in public.

We played Pin the Eyes on the Monster, made by Macey and Tajen the night before. 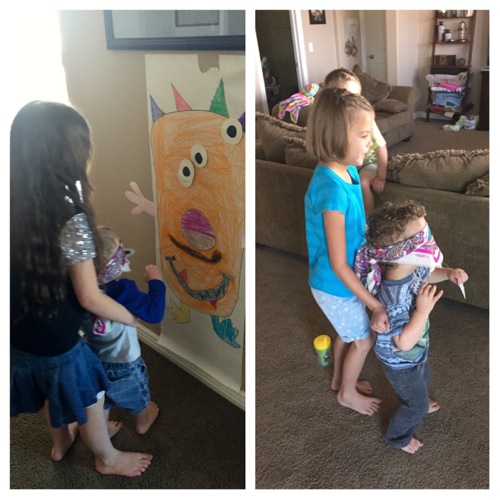 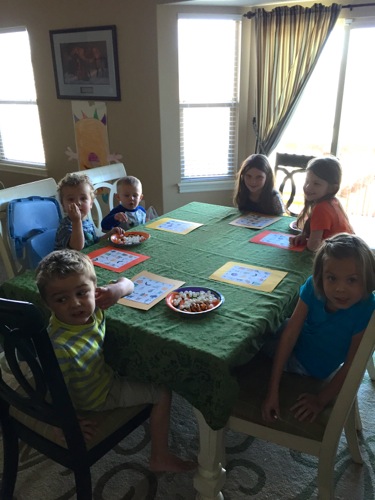 The girls made spiders out of donuts. 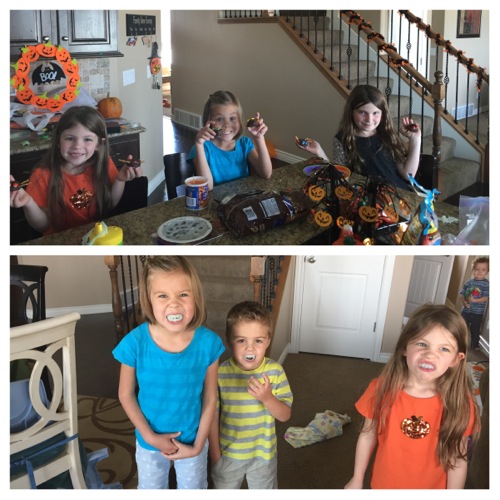 And we served the simplest Halloween lunch ever. 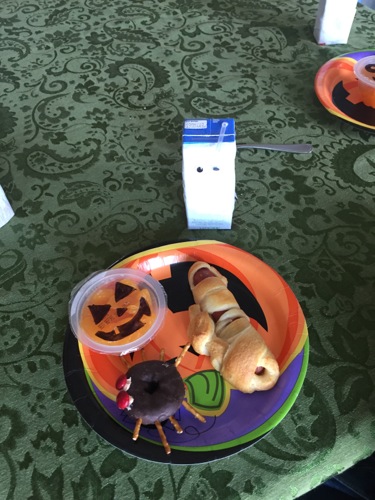 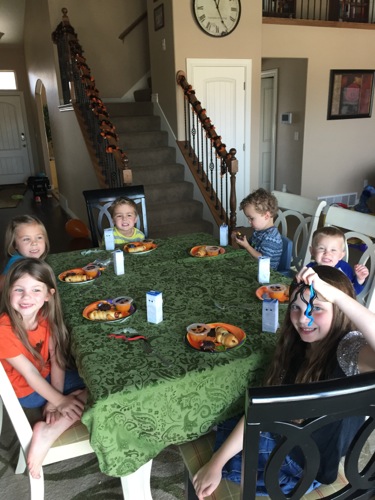 Crazily, that is only a portion of what we’ve been up to in October!  No wonder I am so exhausted.