You know Holly?  One of our most favorite people in the world?  Well, earlier this year her mom, whom we also love and adore, was diagnosed with Breast Cancer. Macey has been concerned and intrigued through it all. 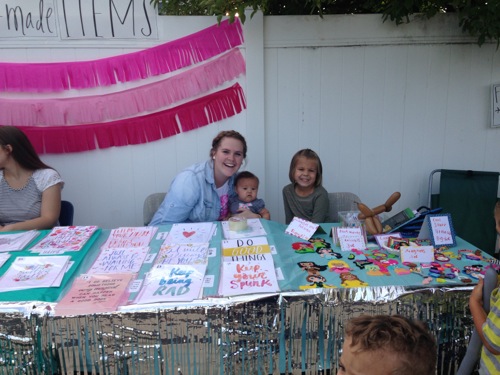 She has asked question after question about how one gets cancer.  What does radiation do? how does Chemo work? Why do you loose hair?  ect, ect.  There hasn’t been a prayer said in her room at night without asking a special blessing for ”Joanna, Holly’s Mom”. 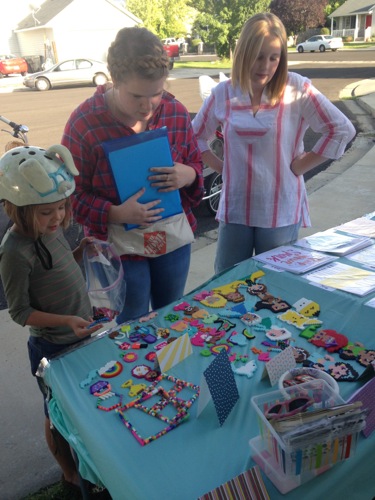 So, when Holly asked if Macey wanted to sell something to help raise money for Cancer Research, Macey was all over it.  Thus, it became the summer of perler beads.

I wanted this to be Macey’s thing, with little or no direction/help from me.  She found and came up with what she wanted to make, made a list of what color beads were needed, set her own prices, made and labeled the tags, and spent the time she wanted to working on them. I was just the official ironer. 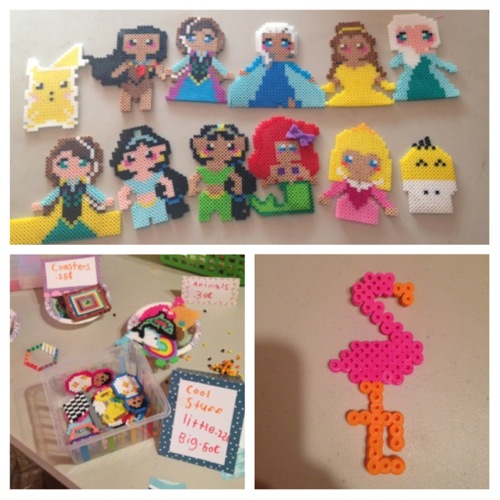 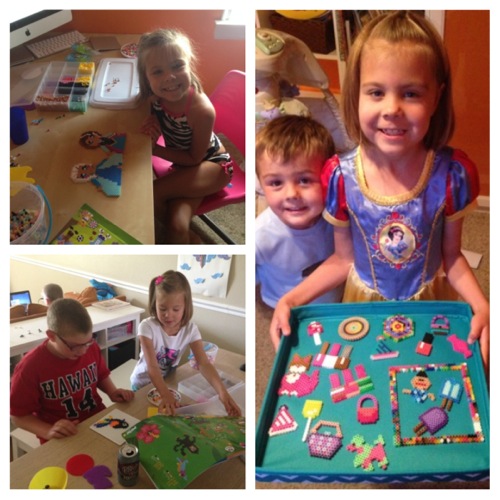 I don’t even know how many hours she spent, but it was a lot. By the end of the summer the entire neighborhood was into it and they all wanted to come help Macey make beads to sell for Holly’s Mom. 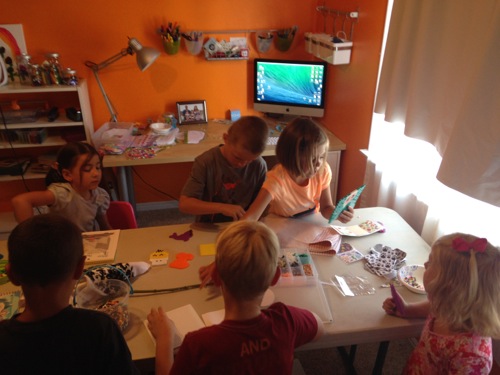 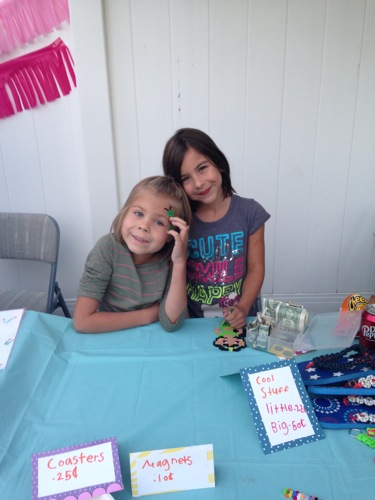 Macey ended up making $70, thanks to our generous friends and neighbors! 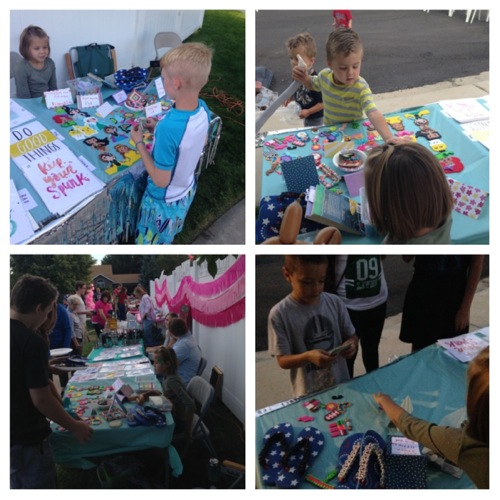 Leading up to the sale she was going back and forth on whether she was going to keep some of the money or donate it all.  I told her it was her choice and then sat back while she counted it all. 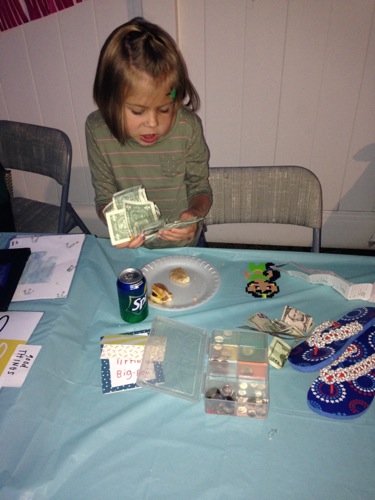 Without any prompting from me, and grinning ear to ear, she handed every penny over to Holly without even thinking twice.  She was so proud of herself and I loved that she knew she had done something awesome. 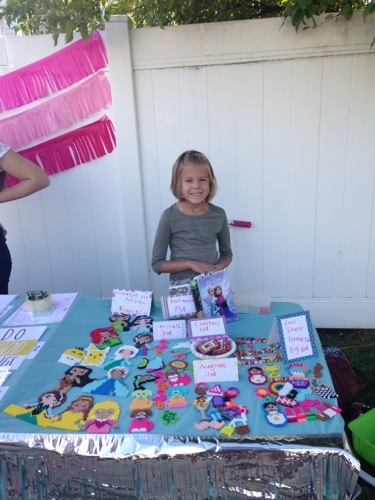 I hope she will always remember that feeling!