June is my most favorite month of the year in Utah.  No school, perfect temperatures, and the beginning of summer enthusiasm, make for an ideal time.

We’ve been busy this month (hence the millions of pictures to follow), well as busy as I can be with 4 littles.

Some (ok, a lot) of highlights:

Neighborhood Fun
Potluck and movie night started. This is one of M&M’s favorite parts of summer. 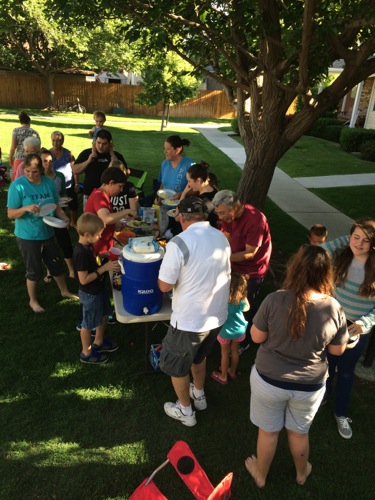 Most of my neighbors are much nicer than I am.  This particular day, one of them took the time to paint all the kid’s faces and when Miles wiped his off, she painted it again. 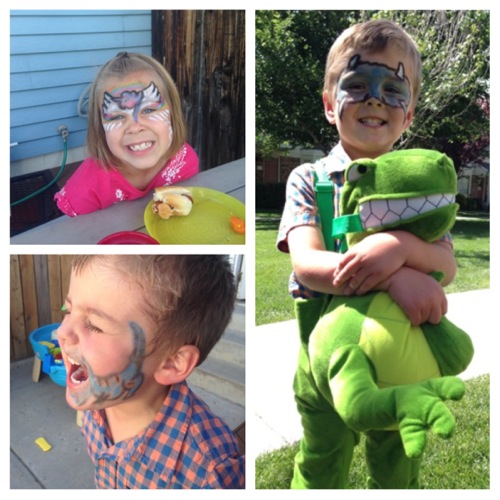 Sometimes though I can’t take the chaos out front and we retreat to our little backyard. 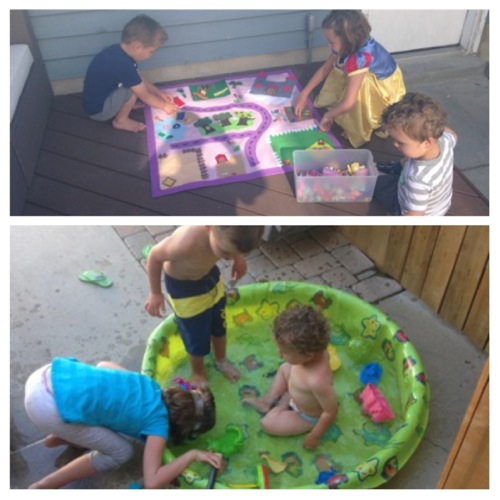 Even though it’s a huge pain to take all 4 of them anywhere, it’s usually better than having them trashing the house and me eating every treat in the kitchen to cope.  Besides, I have some of the best babysitters and friends around, and we have taken advantage of the extra hands on some of our outings.

We checked out the new and improved Bean Museum at BYU.  It was awesome and we can’t wait to go back.  We of course had to feed the ducks after and this was the highlight of Crew’s week. 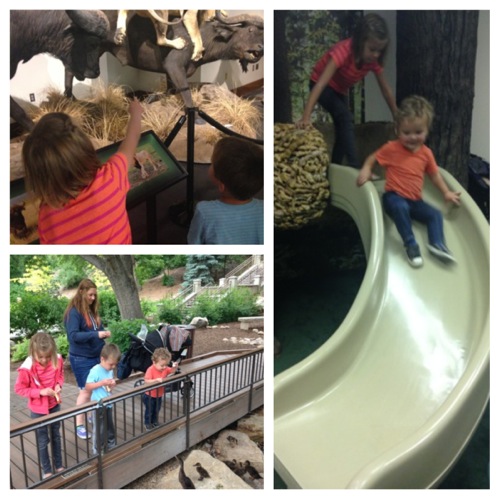 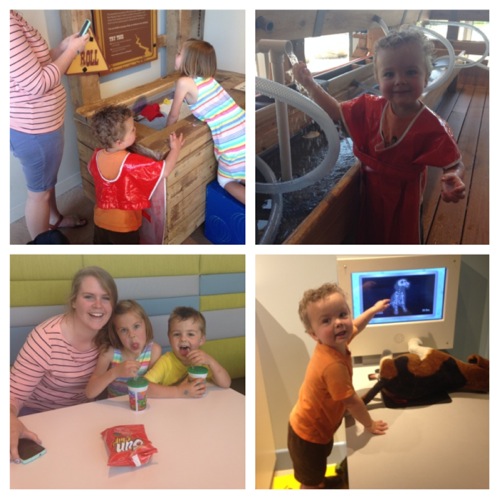 One of our new favorite places to take the kids is Scheels, who would of thought? 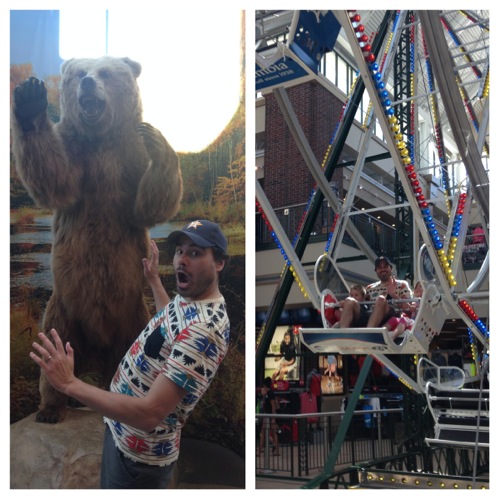 And sometimes I get desperate enough and I have to take the kids shopping.  Thus far it hasn’t proved too difficult, but I also come home exhausted and drenched in sweat. 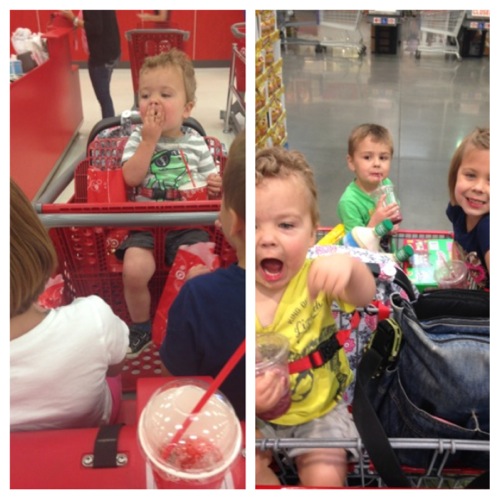 Seriously though, nothing makes me feel more Bad A, then successfully taking all 4 of them out on errands by myself.  It’s tough work people.

M&M did lessons the beginning of the month and I now have them in private lessons with a neighbor.

Both of Miles’ teachers told me he is one of the more high energy children they have worked with. Which is a nice way of saying, “your kid is crazy”. :) 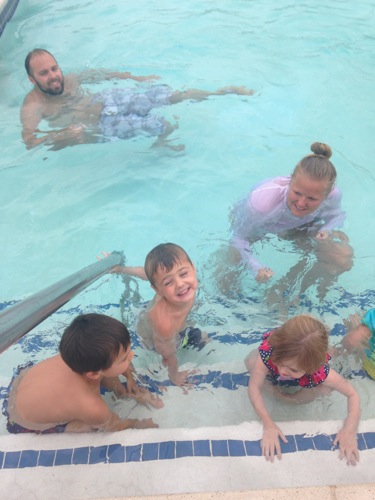 I tried going to the pool and leaving Crew and Ruby with a babysitter.
And then taking the babysitter with us to the pool.  I prefer leaving the littlest at home. :)  Can I tell you how easy the pool was with just M&M?! Probably the most relaxing day at the pool I’ve had since having children. 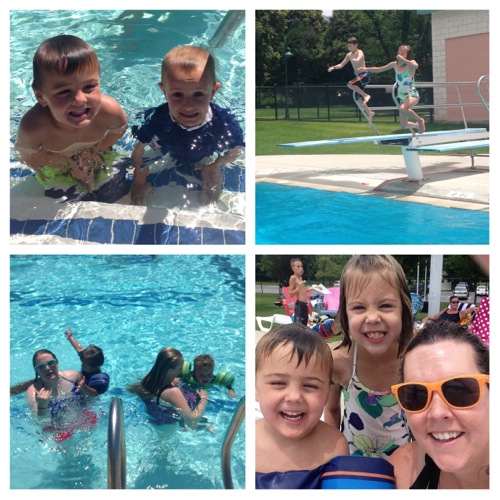 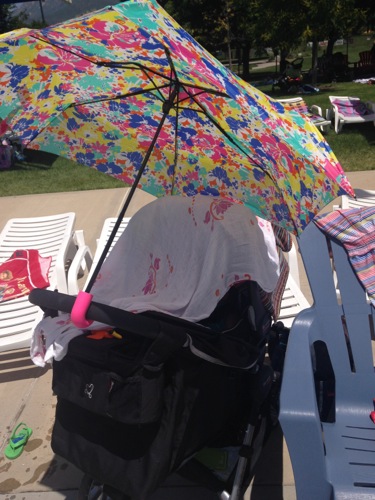 Paul took the boys on the Fathers and Sons campout with our ward.  To say the boys loved it would be an understatement.

They came home covered in dirt and bruises.  The signs of a good time outdoors. 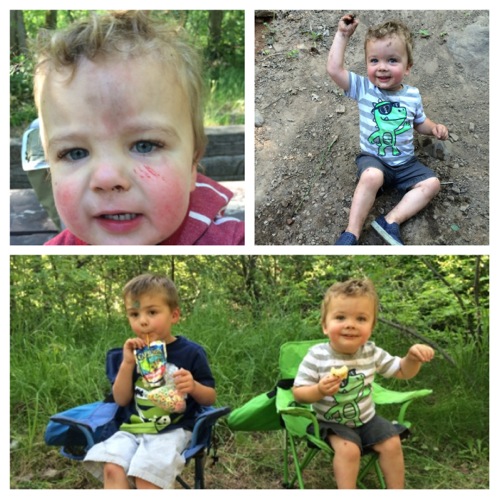 Us girls soaked up our peaceful break with shopping, dinner out,a movie, and cookie baking.  Can’t wait until they go again next summer. :) 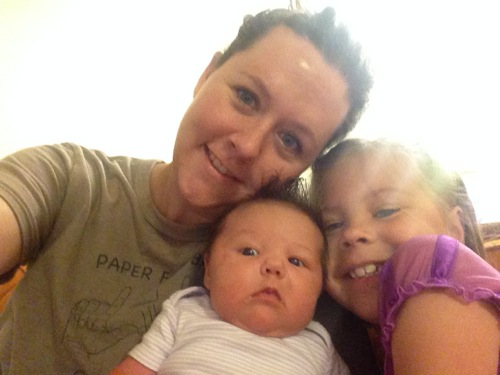 Michelle and I left the 3 boys with a babysitter and took the 5 girls to Chuck-e-Cheese and Shave Ice last week.  There was no fighting, whining, or children to chase.   It was heaven. 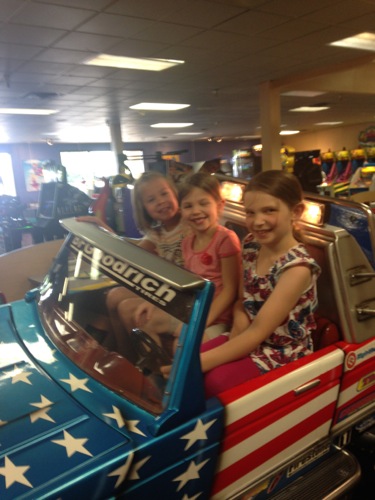 You can’t mention June in Orem without Summerfest.  Paul and I left the kids with a babysitter and checked out the festivities kid-free for the first time.  We ate delicious food, listened to music and of course people watched.  Good times. 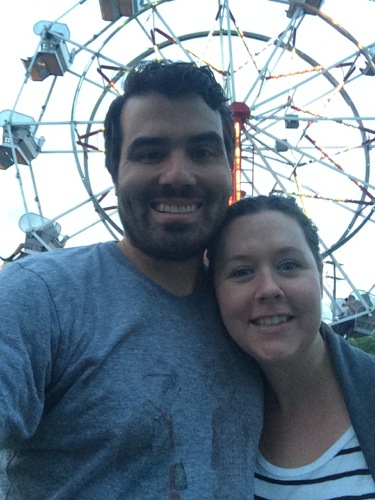 The kids loved the rides of course.  Crew only tried to stand up on one ride, which they then stopped for Paul to get on and keep things under control. 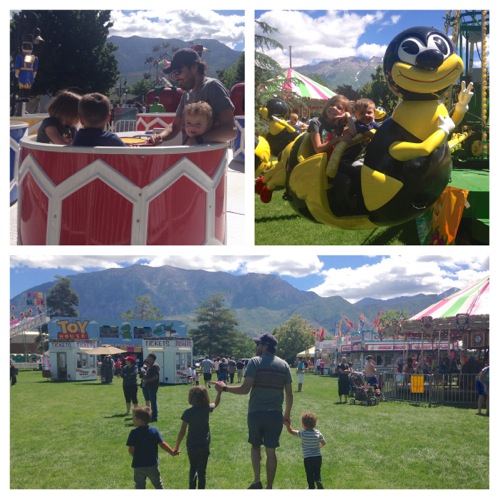 The parade this year was insane.  I say we are going to skip it next year, but I know we won’t.  Luckily we were with the Everett’s, so our children were well entertained and taken care of. 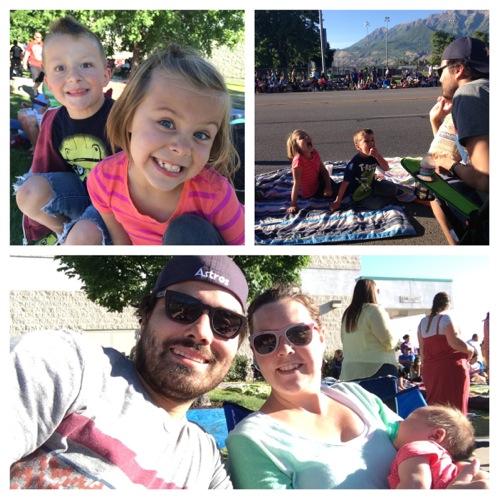 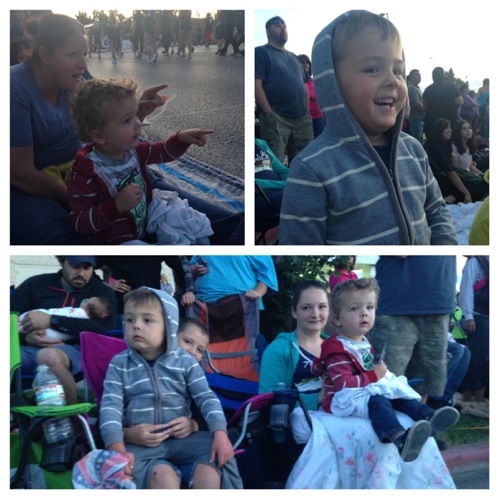 We pretty much have a standing appt. Saturday nights with our favorite babysitter. It’s been a lifesaver getting to go out with Paul every week. 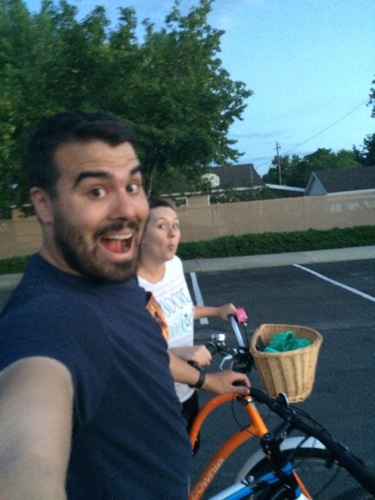 And sometimes we just put the kids to bed and get take-out.  Nothing like some good Pho on a random cold night in June. 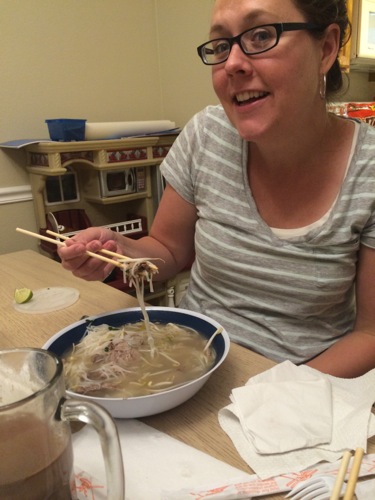 Poor Paul had a pretty lame birthday and Father’s Day this year, but I promise to make up for it in the future when I have things more under control. 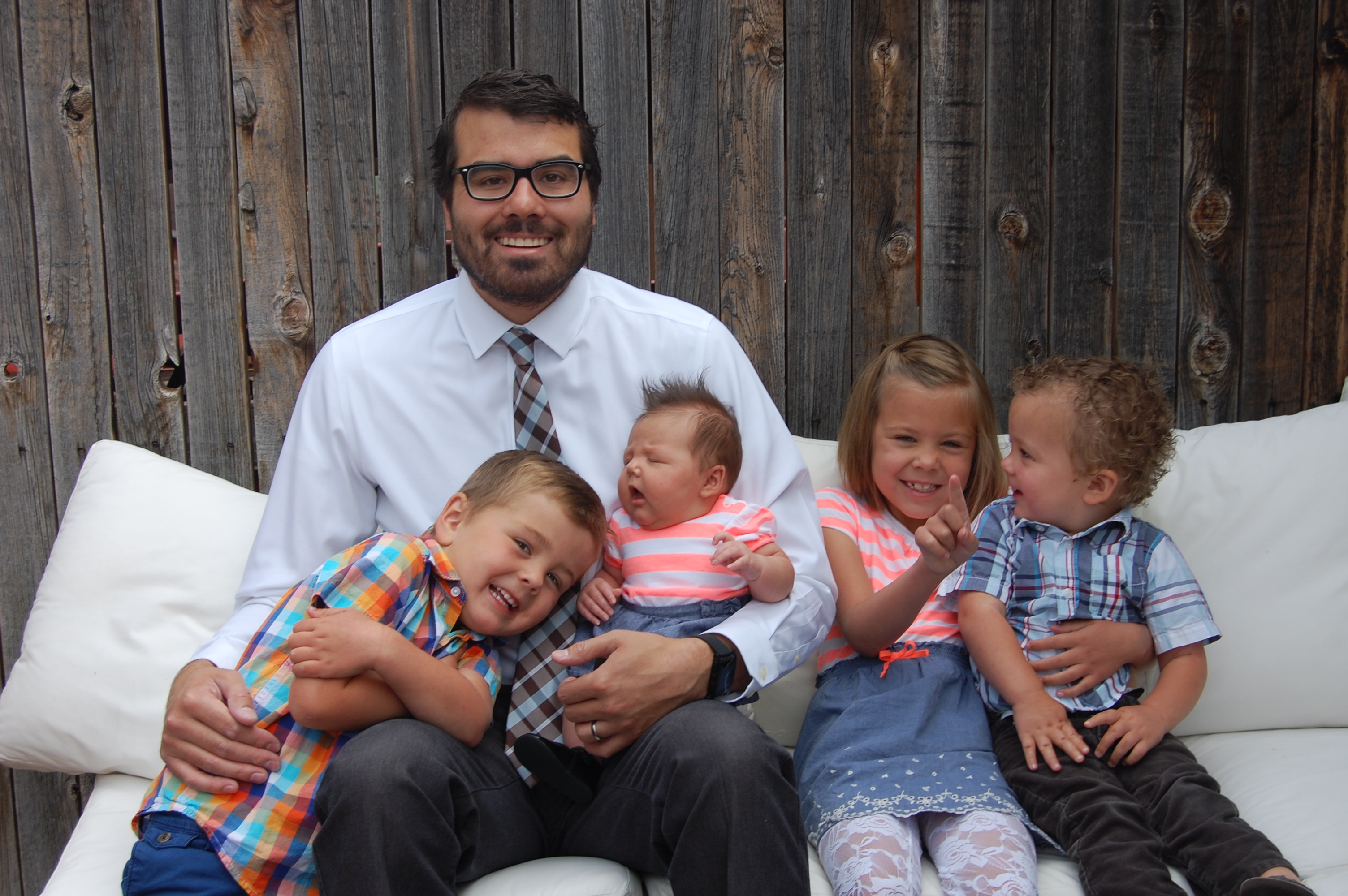 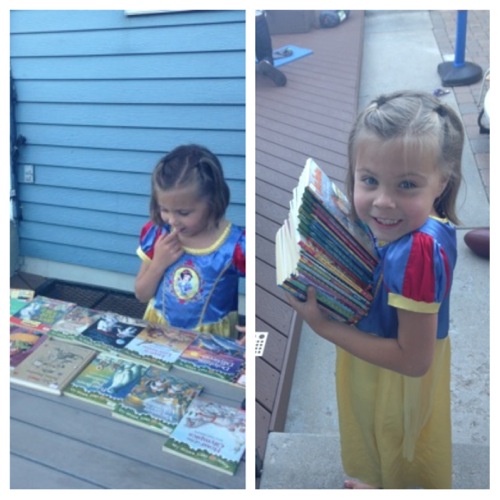 And watching this girl **grow. 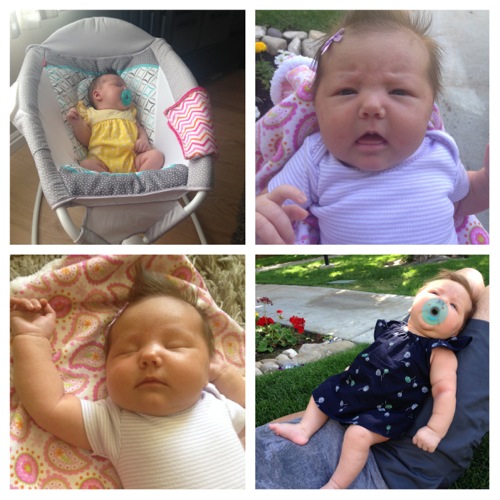 Her first smile was of course on  my birthday! She is always such a thoughtful girl. 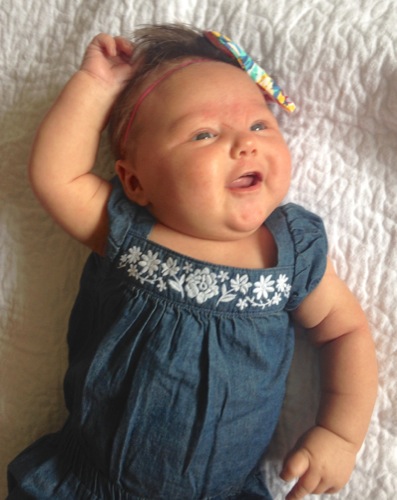 Speaking of my birthday, Crew was the best and kept saying “Hoppy Birtday” all day to me.  Loved it. 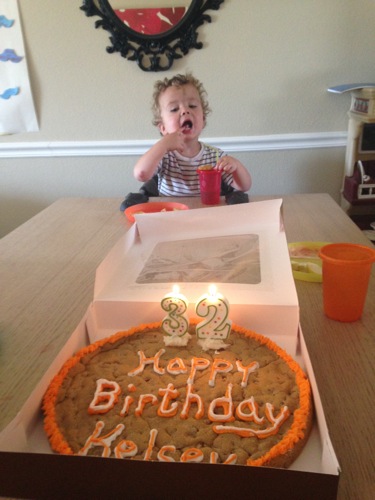 Then we had 7 kids this weekend.  My kids loved it, but I think we will stick with 4. 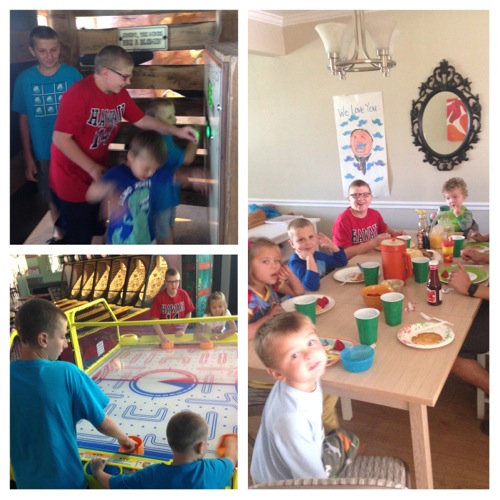 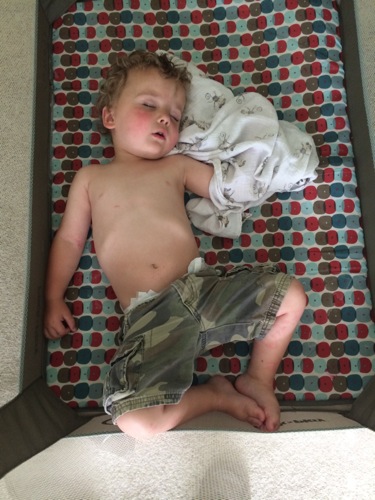