I planned on taking it easy and just having the kids play outside for most of the break, while I laid on the couch or lounge chair.  But, after 1 day of fighting, whining, constant snack wanting, and some sickness, I decided it’d be easier to survive if I kept them busy.

Macey’s always sad that we do fun stuff while she’s at school, so we let her dictate most of our activities for the week.

First it was a trip to the Dinosaur Museum.  It’d probably been about a year since she’d been able to come with us. 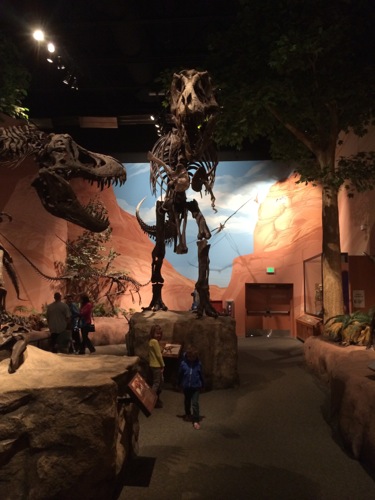 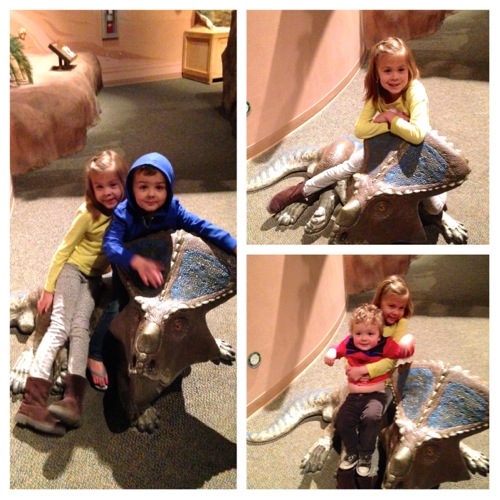 I’ve been dying to take Miles to the Dinosaur Park in Ogden, but have been too much of a wimp to attempt it alone in my current state of constant sickness.  So, we got Paul to take the day off work and go with us.

The boys wore their matching T-Rex shirts and were pretty adorable. 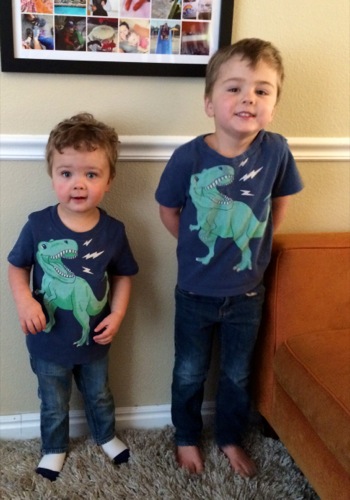 Miles and Crew couldn’t contain their excitement when we first walked in.  Crew spent his time screaming, growling, and pointing from the stroller.  And Miles was practically impossible to keep up with as he ran from Dinosaur to Dinosaur. 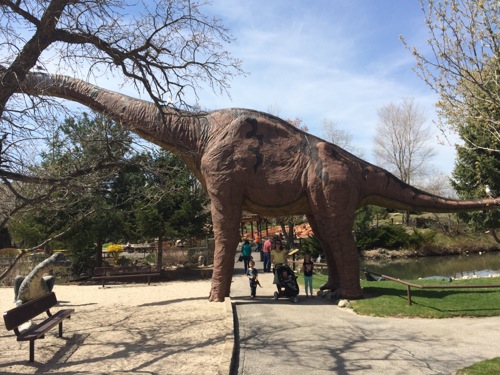 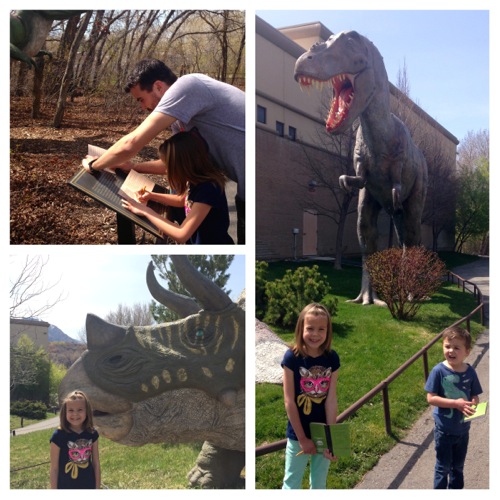 Macey spent her time filling out her field guide and reading the facts to us.  If Crew is still dino obsessed in year, I have a feeling we will be making another trip up there.

The weather was pretty perfect, so there was still lots of time spent outside at home. 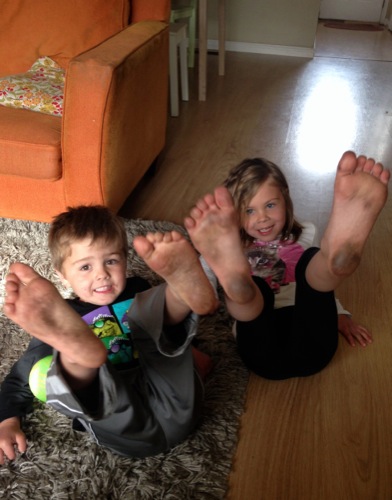 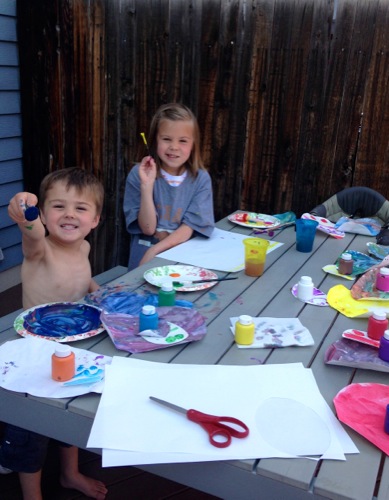 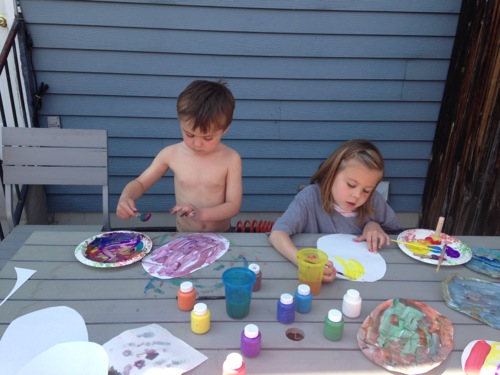 For some reasons toys on the deck are way more entertaining than toys in their rooms.  I don’t mind it one bit.  They spent many hours out there. 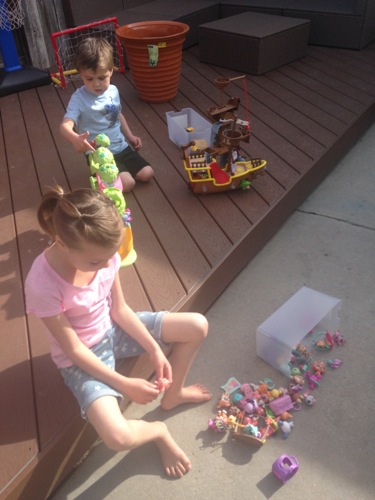 And there’s nothing like sibling bonding over animal videos. 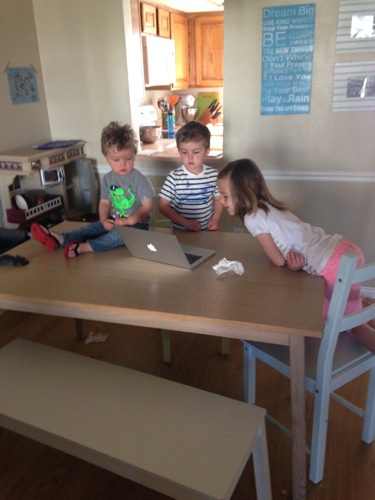 I had a lapse of judgement and took the kids to Farm Country.  It was of course insane, but they didn’t mind one bit.  I on the other hand thought I might die in the scorching heat of 72. 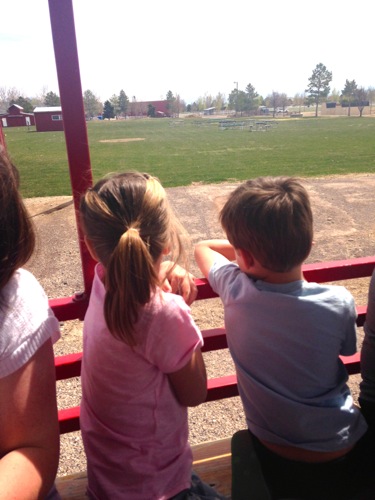 We got Holly to come to the zoo with us, which was of course also crazy with spring break crowds.  But, thanks to Holly we had a blast.  If I had the kids there alone I might of ended up crying in a corner or going into labor. :) 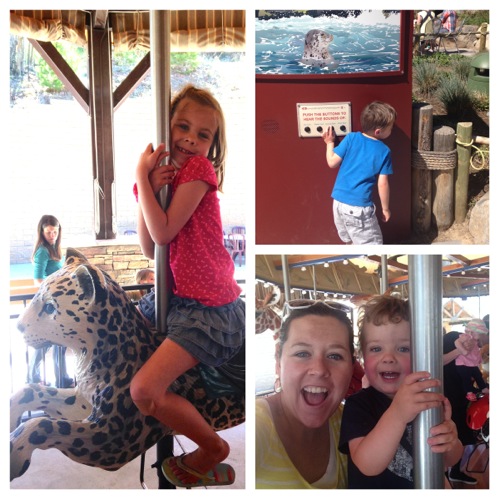 Someday I might be able to get a picture with everyone looking. Until then, this will have to do. 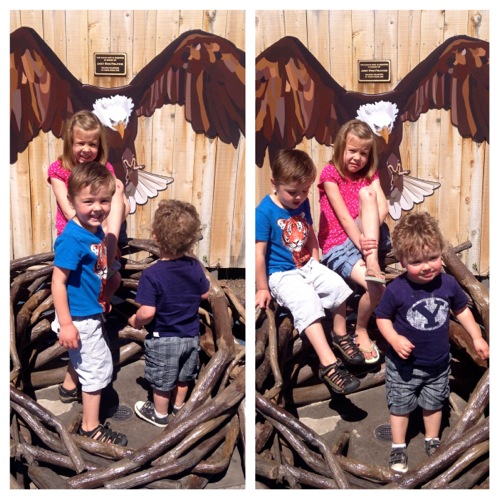 One of my favorites part of the break though was when we were running errands at The Riverwoods and the kids spent over 30 min just dancing and performing on the stage there. 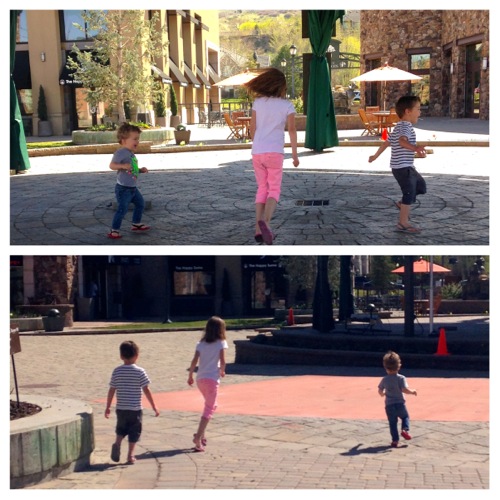 Love it when they are entertained by something so simple and love having no schedule!

I also got to spend many early hours with this kid.  I have suffered from the worse pregnancy insomnia I’ve ever had and usually end up on the couch around 1:00 am.

Miles joins me in the morning before the others wake up and we get to spend time discussing our favorite animals, dinosaurs, and who would win when pitted against each other in a fight. 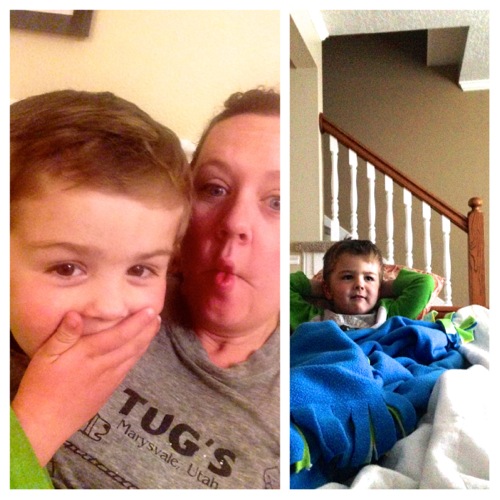 He also told me he’s going to marry me when he grows up and live with me forever. Sounds good to me!

I’ve now tasted what summer is going to be like, and it’s going to be hard to live our normal scheduled life until then.