We survived Jaunary and I am so happy it’s over…it’s always the month I dread the most each year.

The best thing about Jaunary though is I am still continuing to feel better, not good, but better.  I was cleaning, shopping, socializing, and even going to the gym.  Sadly though, I over did it, and the last week of the month I was back to feeling horrible again.  Here’s hoping I can find a better balance this month.

With feeling better though I was actually able to interact with my kids. 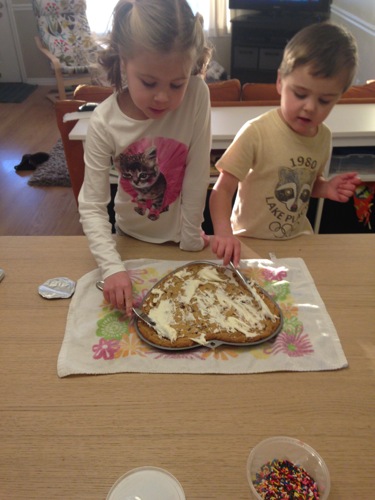 Paul was shocked to come home and find that I had baked and was sane enough to have help from the kids. 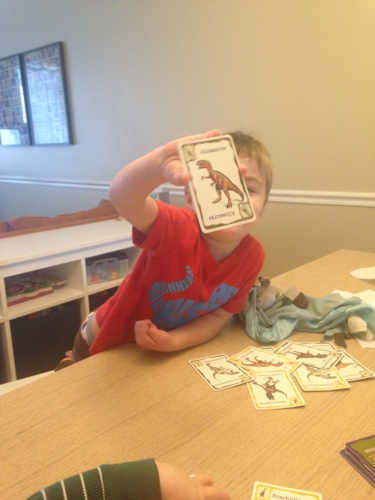 I went with him on his field trip to Texas Roadhouse.  He LOVED it and was dying to take Macey there so he could show her all the stuff he learned. 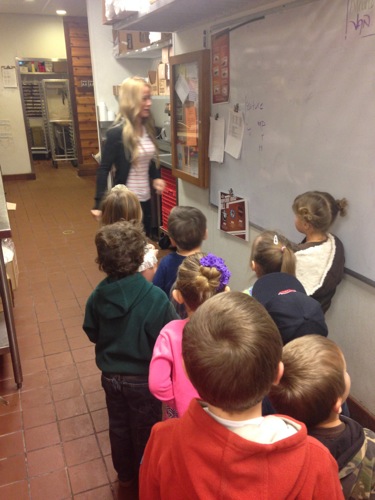 We had a moment of poor judgement and took all the kids there for dinner one night.  While Miles was thrilled about it…we were reminded the moment we sat down of why we always get babysitters.  Real restaurants with kids are never worth it. 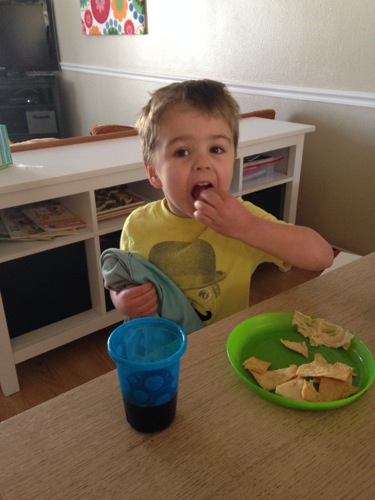 Miles also continues to be the healthy eater of the house and chooses humus and pitta chips over potato chips and cupcakes every time.  It has started wearing off on Crew too, and he now says “hu hu” for humus.  What one year old says “humus”?

Macey put her performing skills to work and choreographed and performed at the first grade talent show.  I was worried, really worried, about how it would turn out.  She didn’t want to have specific moves planned out, she just wanted to move how the music made her feel.  Luckily, she listened to reason and came up with moves for each part and it actually came together quite nicely. 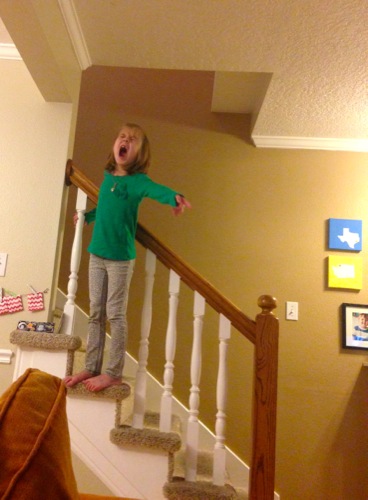 She had a blast and her classmates loved her music choice…“Let it Go”.

This kid has been reeking havoc at every turn. 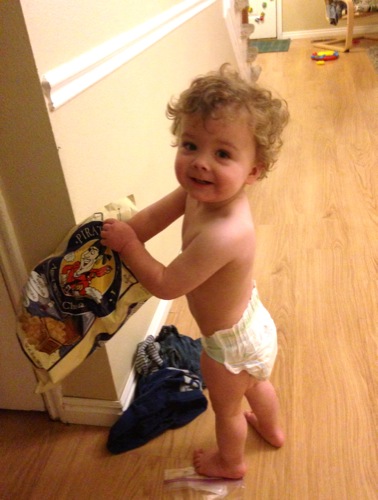 He has become extremely loud and we are working on using words instead of just screaming at us to get what he wants.  So far we are starting to get the basics down…more, up, mom, dad, all done, drink.  The problem is getting him to remember to use them. 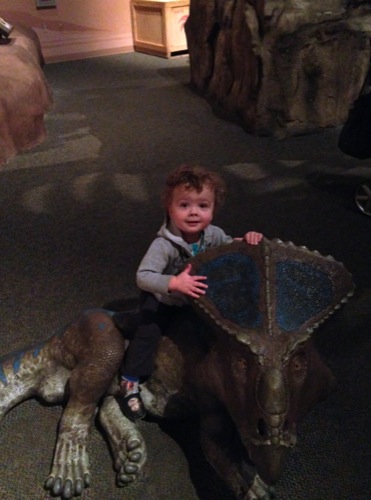 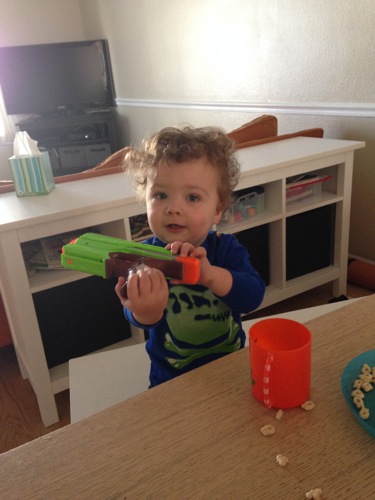 He has become obsessed with guns and shooting people. 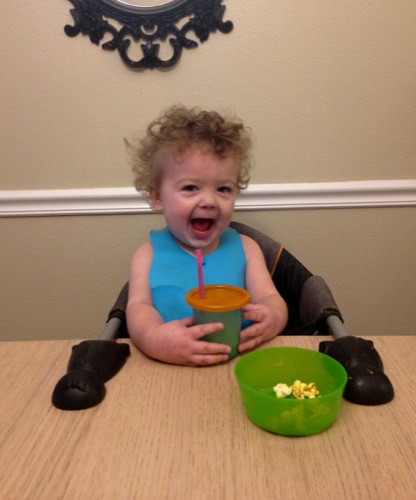 He is also obsessed with Paul and pretty much wants nothing to do with me if he is around.

This was a particularly bad night for him.  Paul came home from work, grabbed Miles and left for the BYU basketball game.  Poor little Crew was running behind them, coat and shoes in hand.  Luckily I was able to ease his pain with the iPad. 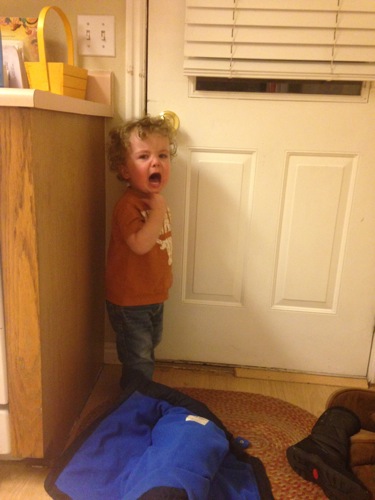 He also wants to be a big kid and was very mad at me when I tried to give him a sippy cup at Pizza Pie.  He was screaming and throwing food.  Paul had a genius idea and stuck his sippy in the cup the kids were using and he then happily picked it up and started drinking. Babies. 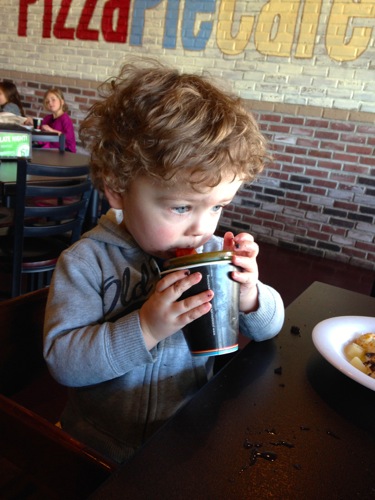 They are still loving their classes at The Little Gym and it is the highlight of the week for both of them.  There is just something about the way they run these classes that keeps my kids smiling the entire time. Even Macey, who gets frustrated extremely easy, has happily been working on cartwheels even though they are really hard for her.  Love it. 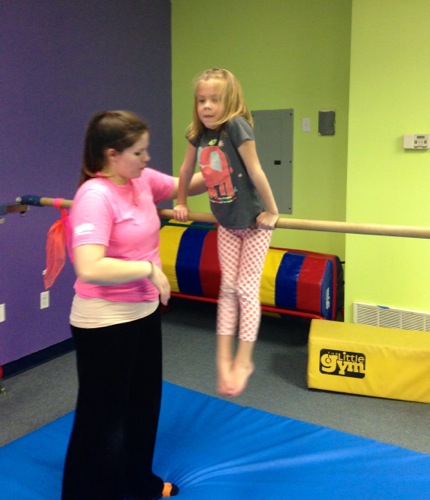 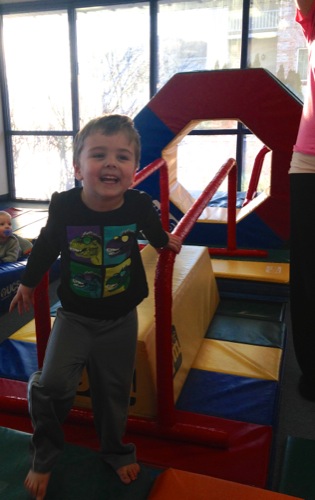 I also finally felt well enough to pull out my chapter books and let Macey pick some.  She has been dying to read real chapter books and has just been waiting on me to get my act together. She’s already flown through 2 and we are starting book 3 this week.  I love it.  And I love that I have boxes and boxes for her pick from.  Gotta love first graders. 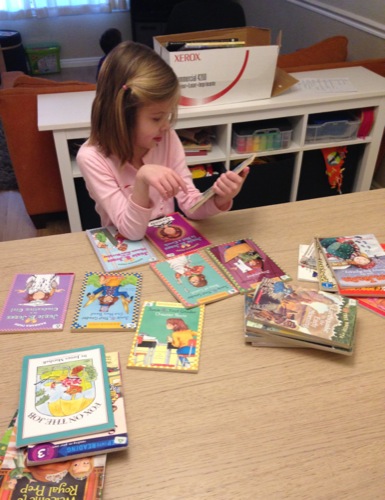 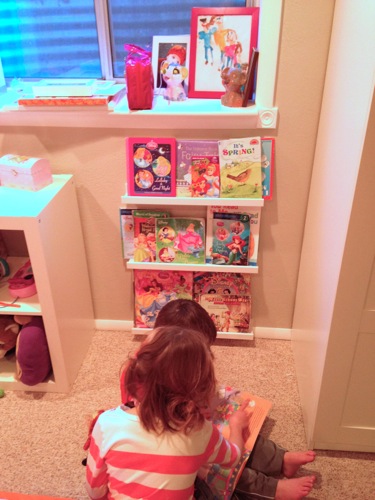 Miles has been having huge issues with Crew at mealtimes.  He freaks out when Crew’s face is messy from eating. He finally found a solution for his problem and uses cereal boxes to block his view, it has made our house slightly more under control at mealtimes. 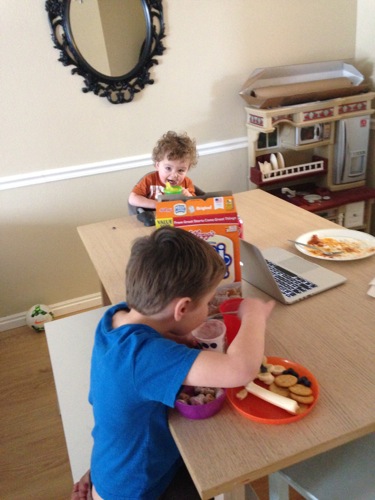 More proof I am feeling better…crafts!

I made this Jr. Yahtzee game for Macey’s class Valentine Party.  Plus, no help from pinterst, which is rare for me these days. 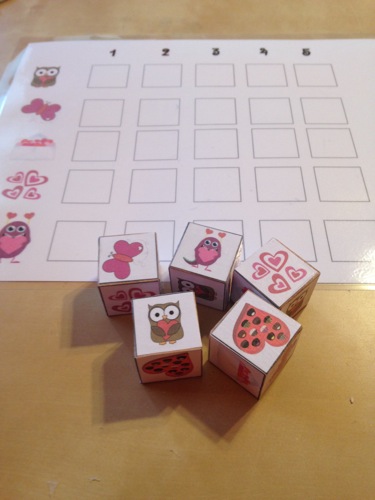 I am still in survival mode and have to apologize to my kids every night for being so grouchy, but at least it’s looking like I might get to avoid bed rest this pregnancy!  A grouchy semi functioning me, is better than me being in the hospital or stuck on the couch, right?  :)