In case you missed it, I am pregnant, due May 13th! 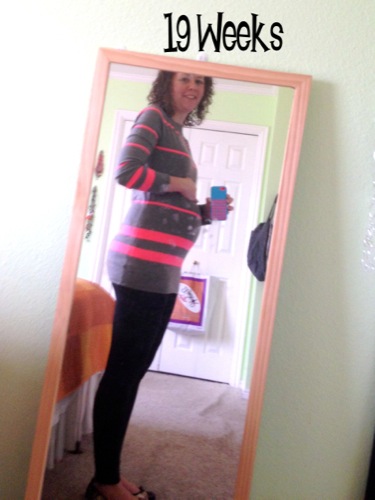 Prepare yourself because I am about to complain, a lot, about being sick. I only had to endure the worst of it until about 18 weeks and I know people who never get any relief, so for that I am EXTREMELY grateful and feel very lucky. Plus, I get to have a fourth baby, which I could not be more excited about!!

But, sometimes I think people need to know what is really going on and why I might look slightly annoyed when you recommend I try ginger or B6 or you share your stories about “morning sickness” or being nauseous or wishing you could throw up.

So, I thought I’d give you a little glance into what life in our house has been like for the past few months.  This is so maybe you’ll understand why I don’t answer my phone, why I quickly walk past you in the hall at church (where I’ve only been attending the last hour to teach my primary class), why I wear the same clothes 3 days in a row, why none of my children’s hair is ever combed and Miles wears sweat pants everyday, why I seem unfriendly or less talkative than normal… 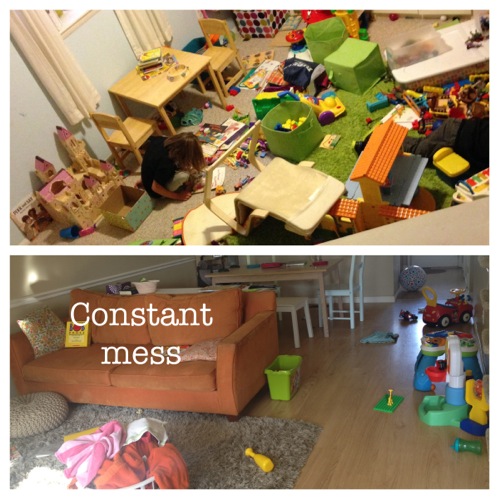 I also want to record this just in case I get a crazy idea in my head to have a 5th kid.  I can’t even count how many times I have cried to Paul about not being able to do this and swearing I will never do this again. But, now that I’m through the (hopefully) worst of it, one more pregnancy doesn’t seem so bad. ;)

I wanted to keep track of how many times I threw up this pregnancy for curiosity sake, but when I hit 30x before the first week was out, I stopped.  It was just too depressing. 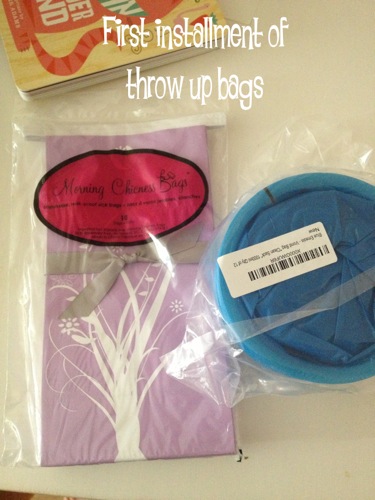 I was lucky this time around though, for the first 2 months I was pretty much able to keep an apple (w/ no peel of course), 1/2 a slice of PB toast, and a popsicle down every day. This kept me somewhat functional and kept me off an IV. Sadly though, even Dr. Pepper made me sick, the one thing I’d always been able to rely on before.

This pregnancy has really affected Macey, which has also made it worse.  She worries about me being left at home alone, because then who will bring me water to the bathroom when I’m throwing up.  She’s been having anxiety problems and doesn’t want to have kids anymore because she doesn’t want to get sick like me. She was having accidents at school and I had to go pick her up multiple times because she was feeling sick (I of course looked a mess…hair in a high bun, no make up, dried throw up on my clothes…you get the idea).  I couldn’t go on her class field trip and she just cried. Way to break my heart. I actually had to tell her I was pregnant when I was about 8 weeks along, because I swear she thought I was dying.  She was a little better after that. 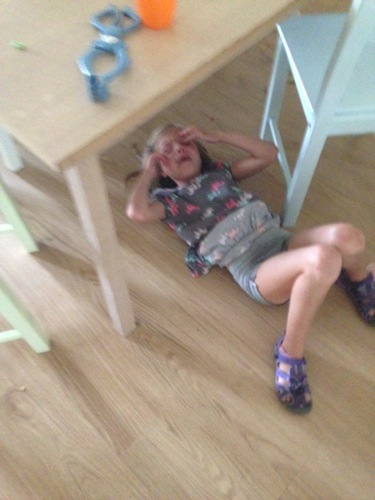 I’ve tried to not disrupt their lives with this.  But there is now constant talk of throwing up at dinner.  Macey and Miles are always saying how they need to throw up and will run into the bathroom at random times during the day.

In order to help us survive I hired a house cleaner and Holly as a part time nanny 3 afternoons a week, which has helped to keep our lives sane. Paul has also been able to stay until the kids are off to school, so he feeds, dresses, and packs lunches.  It’s been a life saver and he’s a Saint. 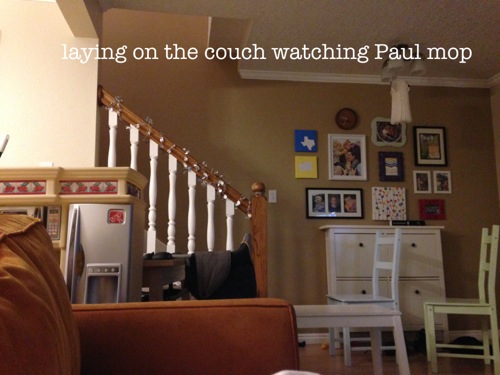 We’ve also been blessed with incredible friends who were able to see past the facade I was putting up and stepped in to help with meals, watching kids, picking up my house, and letting me come lay on their couch for a change of scenery.

At one of my many ultra sounds, I was throwing up while on the table. The ultra sound tech then told my doctor zofran wasn’t working, so I got on reglan.  While the side effects were pretty annoying, drowsiness mainly, it actually made a difference and there were moments throughout the day where I could actually interact with my kids.  Sadly, I had to stop taking it after 5 weeks, because I developed a bad reaction, which could of turned permanent.   But, it got me threw 5 weeks of life with throwing up only a few times a day and a slightly more manageable haze of nausea and allowed me to slowly follow my kids around Trick or Treating, with the help of the stroller to keep me upright.

During the first month or so I was actually taking about 5 or 6 different medications a day to help me function and I have just now started attempting to take my pre-natal vitamin.  Thank goodness for good drugs, even if they don’t completely take it all away. 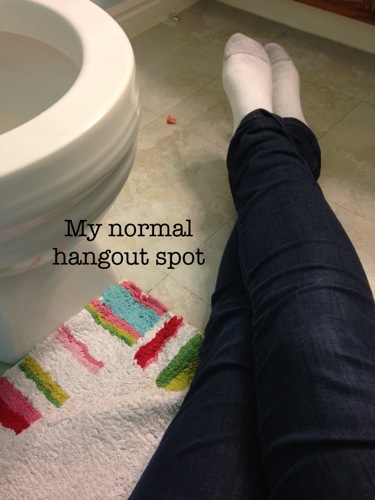 The biggest issue I’ve had this time around is my throat though.  I don’t think it healed all the way from Crew’s pregnancy and is constantly irritated and bleeding (yes, I”m taking an antacid).  Usually my throat doesn’t start bleeding until about week 20, this time it was week 5.  It has made it so I cannot read books to my kids, it makes me sound like I have a constant cold, and it just plain hurts. Otter Pops have become my friend and luckily I could keep them down pretty well at the beginning and they helped to numb my throat for a few min. each day.   Don’t worry, I have an appt. with a throat specialist in Feb. 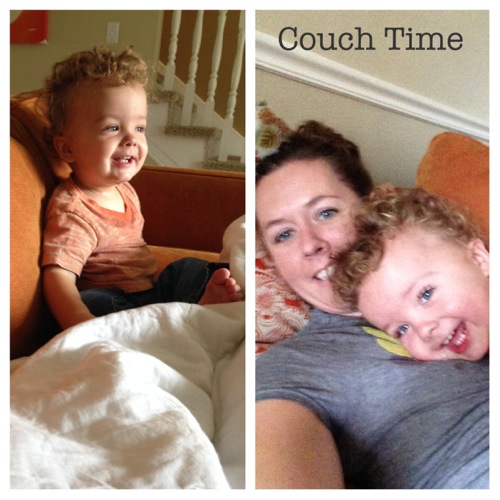 Just before Thanksgiving though I saw my first glimmer of hope…I made it through a trip to Target without having to throw up!  Once the beginning of December hit, I didn’t base my food decisions solely on what would taste best coming back up.  I have also noticed that the moment I walk into a store, restaurant, or person’s house I’m not scoping out bathroom location first thing.

While I still spend a good portion of my day laying on the couch, I have started doing light cleaning, I’m trying to cook dinner twice a week, I can make it through carpool without the need of my throw up bag, I even went to a BYU basketball game last week without the need to run to the bathroom. It’s been awesome and I think my kids are the most happy about it.  Plus, with Holly’s help, I’ve actually been able to take Miles and Crew places once a week, that I still wouldn’t be able to manage on my own. 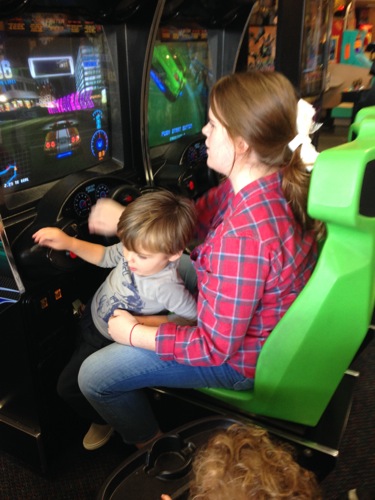 I figure now I’m more like a typical 1st trimester pregnant person: slightly nauseous, tired, and only throwing up a few times a week.  If it stays like this for the rest of my pregnancy I will be thrilled.  The fear is still there about it coming back, it has before. And then there’s the threat of bed rest, but that’s another story.

So for now, I’m just enjoying the ability to get through a Costco or Target shopping trip without the need of a throw up bag and still having my dignity slightly intact at check out.

This is the end of my complaining if any of you made it through all that.  And bless you pregnant people who are sicker than me, may you get a calm, happy, and fat baby. :) 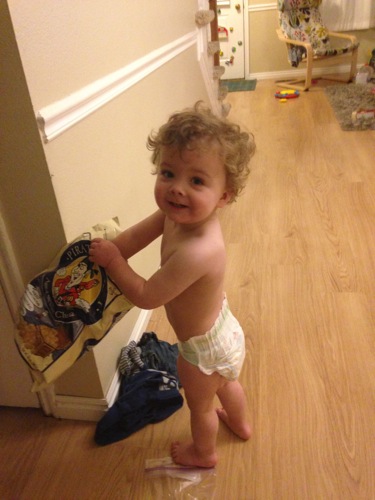