I love the weeks leading up for Christmas, always something to do and look forward too.

The kids favorite thing we did this holiday season was looking at the lights at Thanksgiving Point. Even though they are the same every year, they cannot get enough. No pictures, but believe me they are awesome. :)

Paul’s favorite thing that we did this month was introducing all the kids to his favorite winter activity, snow shoeing. 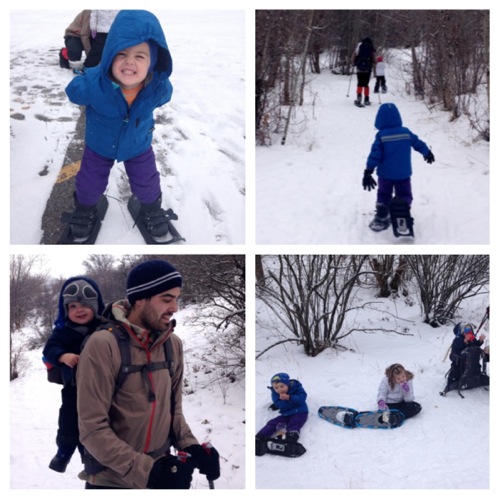 He had already taken Macey once, so she was a pro and was getting slightly annoyed at Miles’ pace.  It was pretty hilarious watching Miles run around in his big snowshoes and falling every 20 feet, but he didn’t mind and had a great time.  Although he was slightly disappointed when he realized it was just like hiking, I think he was hoping a sled or something would be involved. 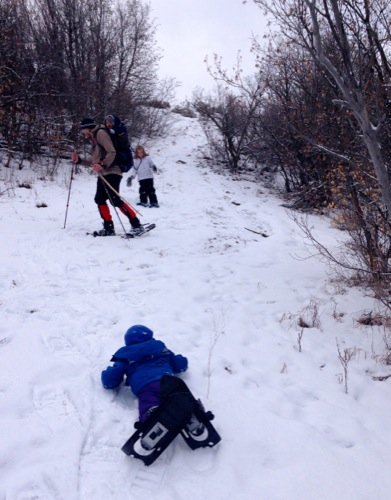 While it was fun to take all the kids, I’m excited when we can go without them. :) 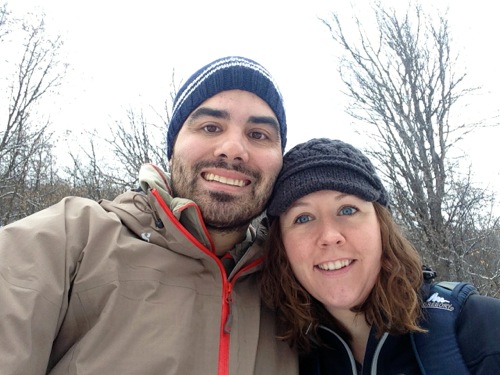 My favorite part was getting to see the kids’ school programs.

The first grade sang “Jingle Bell Rock” and Macey nailed all the moves.  She pretty much practiced every day for the entire month, so I was glad to see it had paid off.

Miles’ preschool did a little program and I had no idea if Miles would participate or not, he can be slightly unpredictable.  But, he did awesome and sang almost all of the songs.  His favorites being Up on the Housetop and The Dreidel Song. He can still be heard randomly singing them throughout the day.

Plus, I got him to wear a non-dinosaur shirt and jeans! That alone is practically a miracle these days. 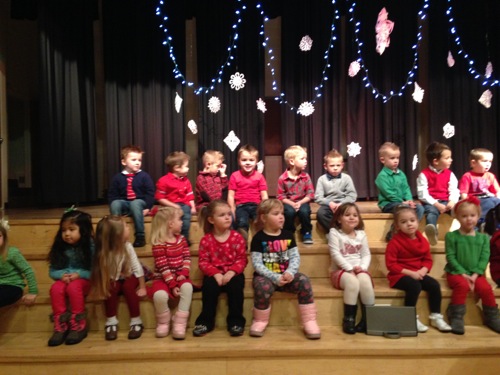 I was in charge of Macey’s class party and had a blast planning and running it.  Macey’s favorite part was Holly’s station where they decorated sugar cones to look like Christmas Trees. 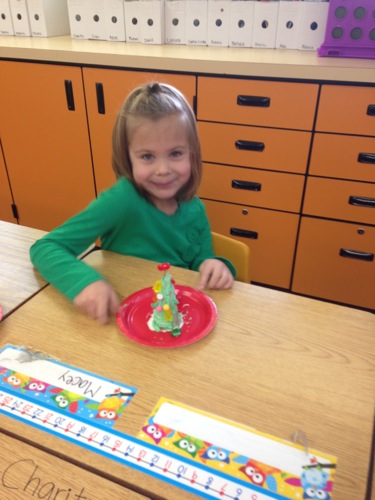 Another highlight was the snow we got the day before we left for Washington.  I was planning on laying on the couch while they used up all their energy out there, but when Miles asked us to come play, we just couldn’t resist. 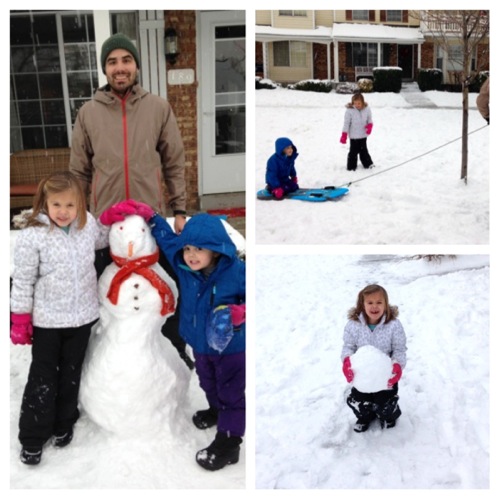 This month I also singed the kids up for classes at The Little Gym.  With the air quality being so bad, I haven’t been letting them outside much.  As a result they were tearing the house to shreds. I’m hoping this will help get out some of that excess energy. 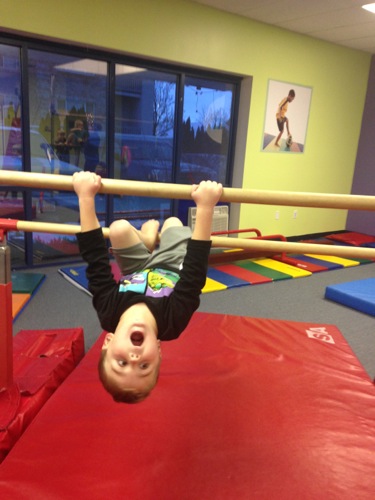 I’m always sad when December is over, but I’m hoping January won’t be so bad this year or at least move by quickly. 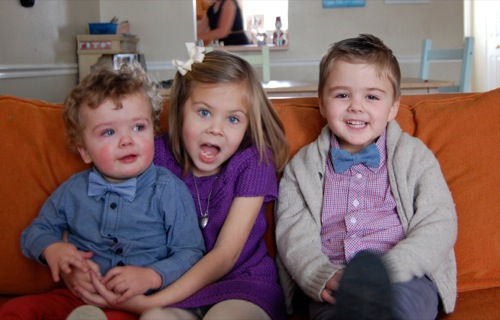 But with these 3, I’m not too concerned about getting bored.