Here’s a recap of the festivities (for those that actually care): :)

I tried to do a birthday photo shoot, which he refused to do until I suggested Raffy could join him.  But then he decided he only wanted to do birthday jumps. Typical. 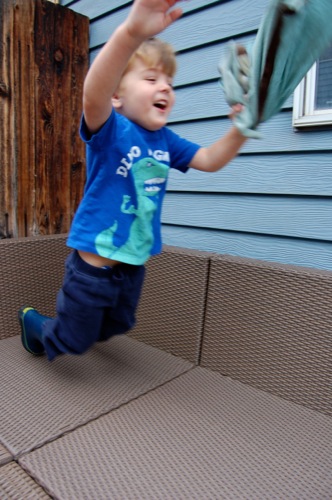 And don’t judge me for his clothing choices.  He’s obsessed with comfy pants and he will only wear T-Rex shirts (he rotates the 5 he owns) and I figured it was his birthday after all.  Plus, he can scream really loud. :) 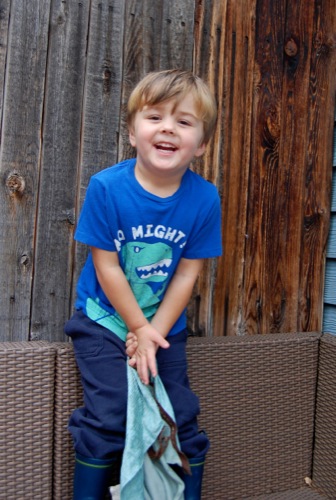 Miles had the traditional birthday donut and couldn’t of been happier.  I am way too lazy to be the kind of mom that makes pancakes in the morning. :) 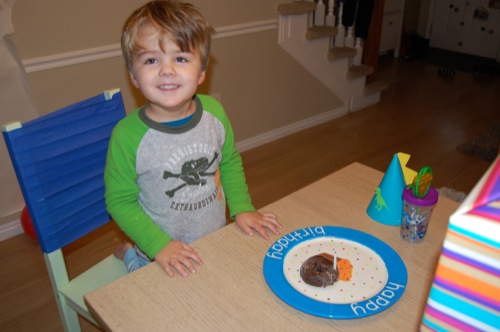 Miles is still obsessed with T-Rex’s and was instantly in love with his new giant one.  His other T-Rex’s had to come and fight him immediately. 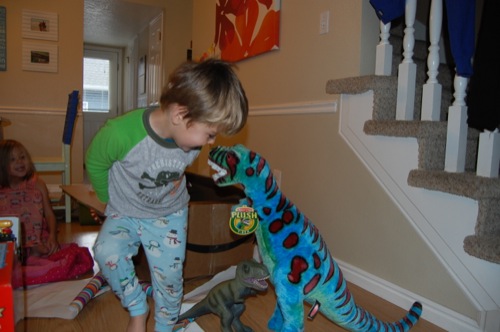 The train we got him provided endless entertainment for the remainder of the week. The best kind of present. 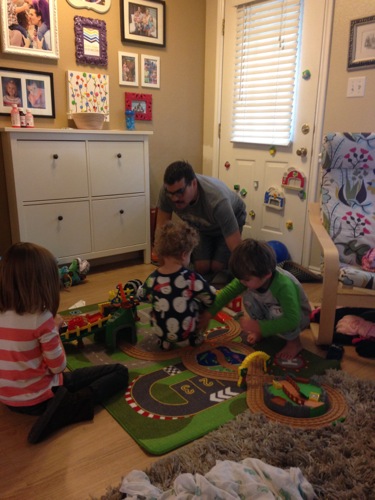 That night for dinner we dined on gourmet pizza at Chuck-e-Cheese and won lots of tickets.  I didn’t actually get a picture of the birthday boy, since he was running wild everywhere, but I did get lots of this cute kid. 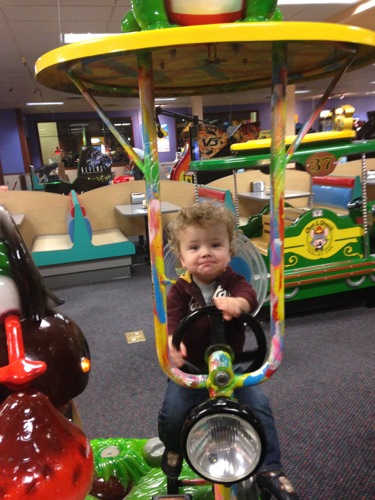 I also went super lazy on the cake and let him go to Target and pick out one of the pre made ones.  He was beyond happy with his choice of Spiderman. 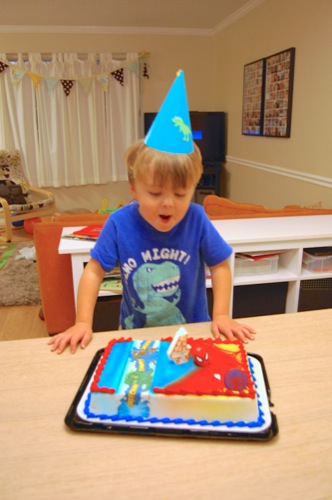 Most days I still don’t know what to do with this kid. Lucky for both us I find him so darn cute, that I can’t stay frustrated for too long. 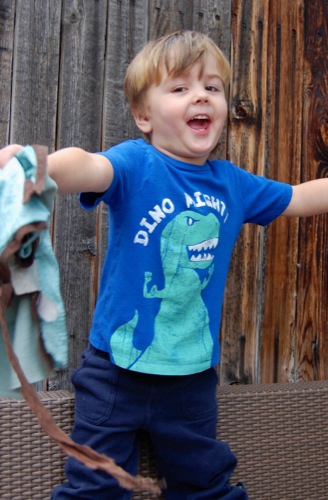