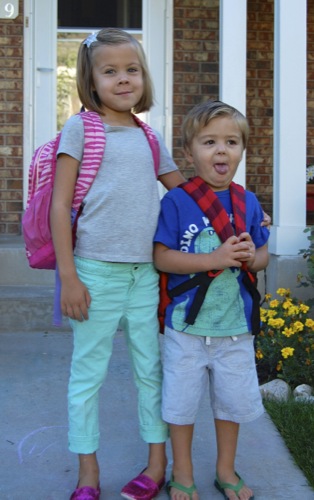 I thought it’d be an easy transition for him and he’d be so excited to do something without babies around.  (he claims one of the teachers was wearing their baby and that he didn’t like that.  So much for big kids only.)  :)

I should of known better, since nothing ever seems to be easy for Miles. 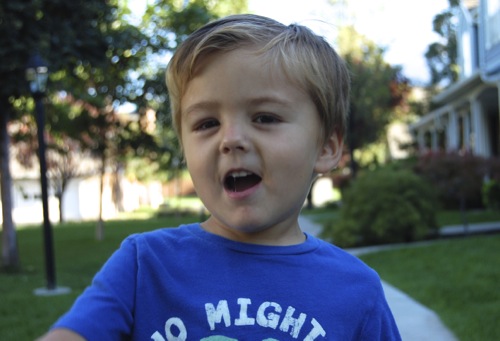 The kid clung to me and cried when I dropped him off. He kept saying, “me want to stay with you forever.”  ”me want to stay at home with Crew!” I had to pry him off and hand him over to his teacher.  I did not in the least expect him to act like this.  Way to break my heart.

I probably would of just stuck him back in the car and drove away with him, if the thought of 2 1/2 hours with just Crew wasn’t so tempting. 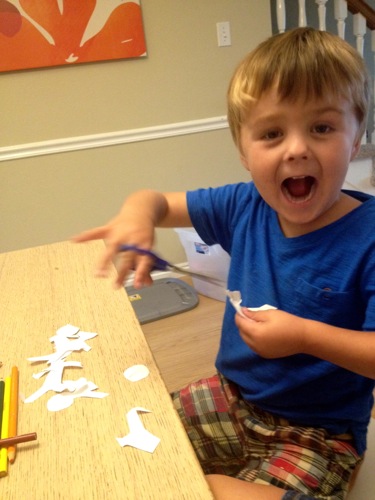 When I picked him up at noon he can running out with a huge smile on his face and gave me a giant hug.  He was missing his backpack though and the art project all the other kids were holding. When I questioned him about his art, he responded, “Me did it, but then me rip it up”.  Of course. 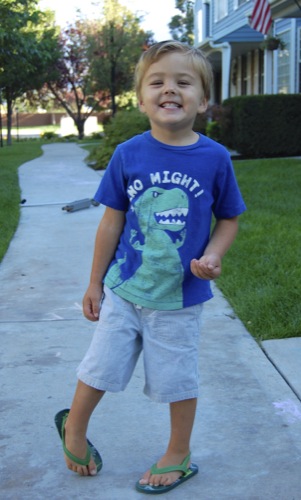 The only thing he told me about his day was that they sat on the floor and he didn’t want to sit.

Sometimes I just don’t know what to do with this kid. 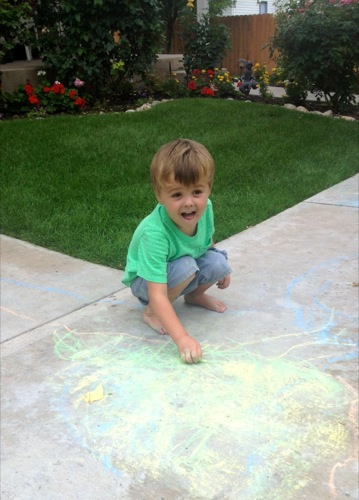 I think it was a successful first day though.  He used the bathroom, he made new friends, and he can’t stop smiling.  I’m just praying his teacher has a lot of patience and love for this kid, because they are both going to need it.

Since we are on the topic of Miles, I need to share a few incidences that are typical Miles:

After getting in trouble for punching Crew, he responded “But it was a nice punch.” 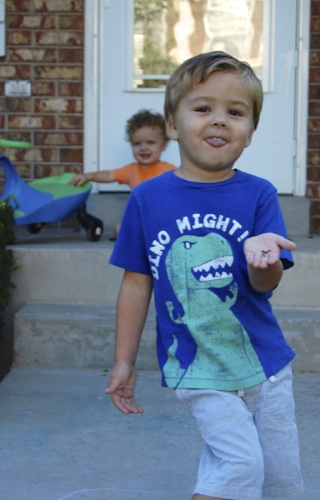 During our first day of school photo shoot he found a worm and could not be parted with it. I even caught him trying to sneak it in the house.  boys.

This summer he went though a phase where he kept sticking his head in the toilet. One day I heard screaming and I found him with his feet off the floor, head in toilet, arms trying to hold himself up on seat.  If I wasn’t afraid of him drowning, I would of grabbed my camera.  It scared him, so we are hoping we have reached the end of self swirlies.

When he wants to do something sneaky he says, “Go Away!” 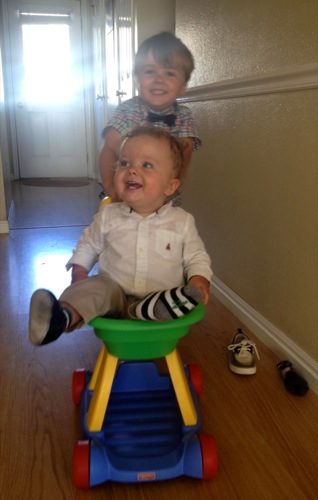 When he’s hungry instead of saying “I’m hungry, can I have some cereal?”  He says “My tummy is rumbly” or “My tummy not full yet” or “Me wanna eat something”.

He told me he is too big for hugs and kisses and that I kiss him too much and he made me promise to never hug or kiss him again. Luckily, he soon forgot his disdain for motherly affection and was soon found cuddling on my lap. 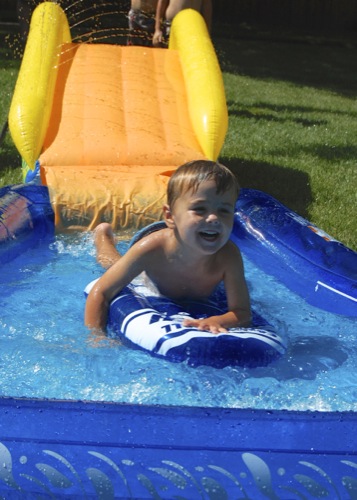 Sometimes I just don’t know what to do with Miles, but then he smiles and gives me a hug and it somehow makes it all worth while. 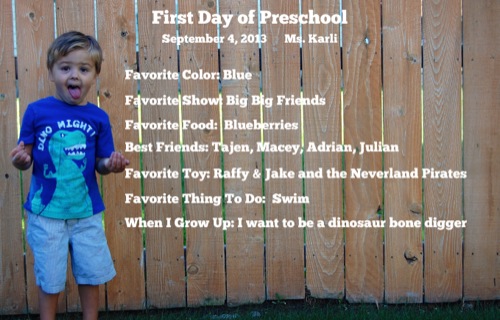