We decided to be brave/stupid and make the 15 hour drive to Lake Pearrygin to camp in tents for a week with our crazies. 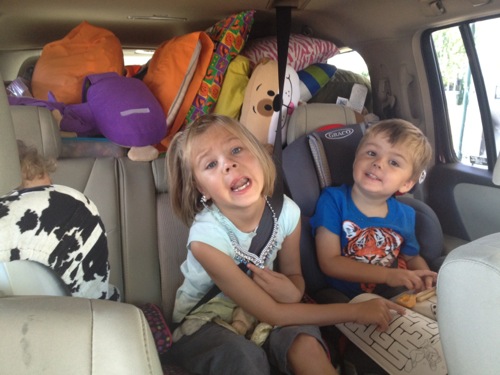 On the way there we took a few detours to ease the pain of driving.  Shoshone Falls being one of them. 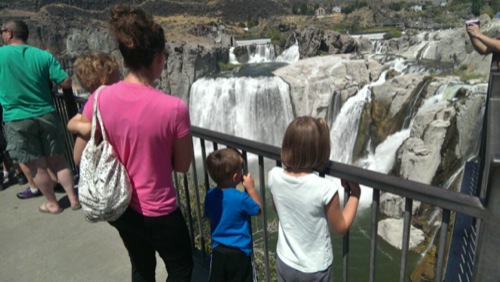 The week before we had many flashbacks to the screaming sleepless nights we experienced on our previous 2 trips to the lake.  We convinced ourselves that it would be better this year, and luckily we were right.

Our kids slept like champs and Macey and Miles even slept in their own tent this year.  They slept through 2 rainstorms and even some crazy wind and thunder. 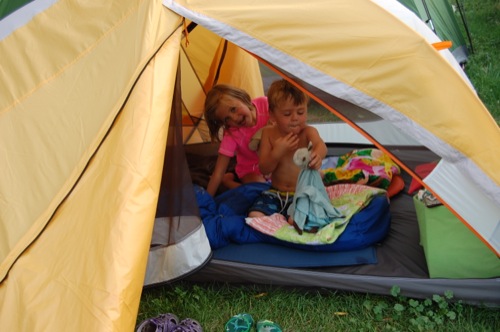 The GTX was once again a favorite.  Miles especially fell in love with it this year and was constantly asking Pop-Pop for a ride and we were constantly prying his hands off the handles so other people could have a turn. 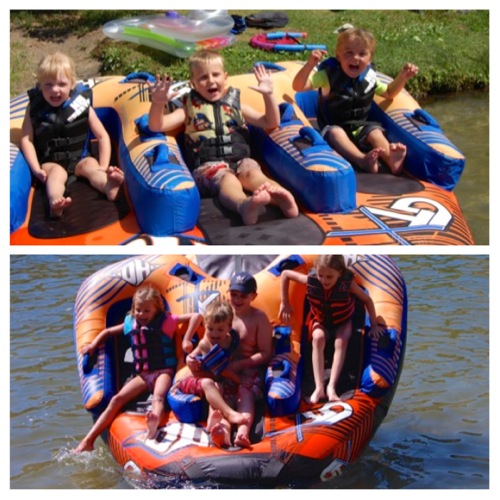 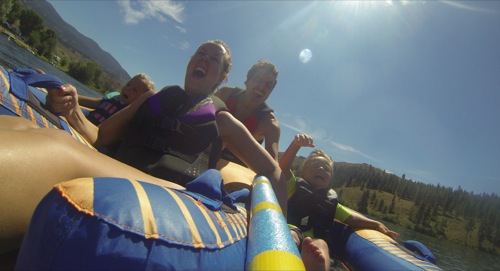 Knee Boarding also became quite popular.  We had the brilliant idea to have Dave and Paul ride with Owen and Miles on the back on their boards.  It turned out way better than we expected. 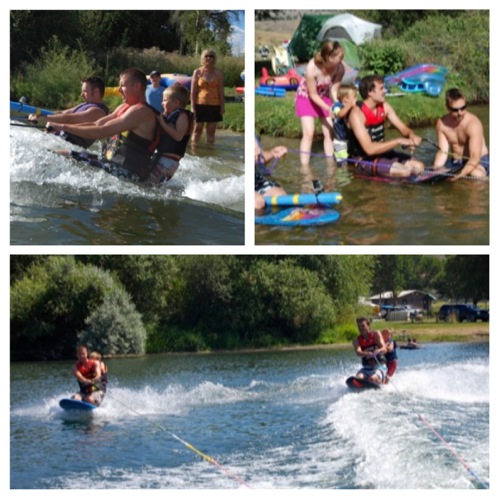 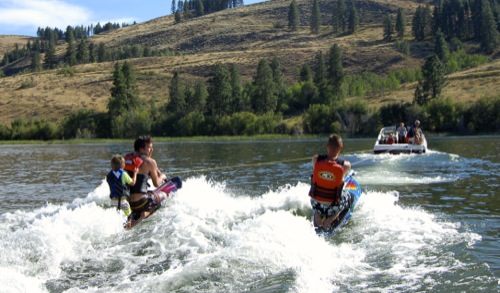 One of my favorite pictures from the trip.  Thank goodness for Paul’s GoPro. 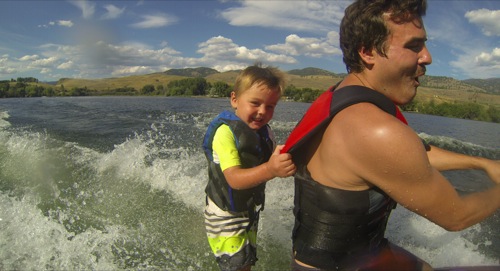 I of course had to get in on the knee boarding action and ride with Paul and Miles.  It was one of the best parts of the trip riding by Miles and watching him grin and scream the entire time.  Even when he bit it on a big wave. 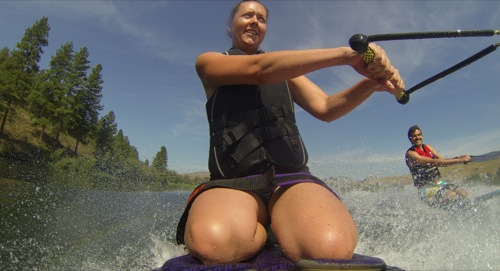 Macey could not be outdone by Miles and proved to be an awesome knee boarder herself.  Even when Paul crashed, she held on until we made it back to him.  She also got caught in the strap and had her handle get stuck on the camera, and she calmly solved both problems. 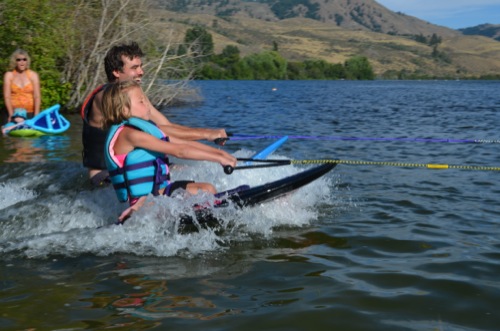 This was her first try getting up and I love everyone clapping and cheering in the background. This is what Pearrygin is all about. 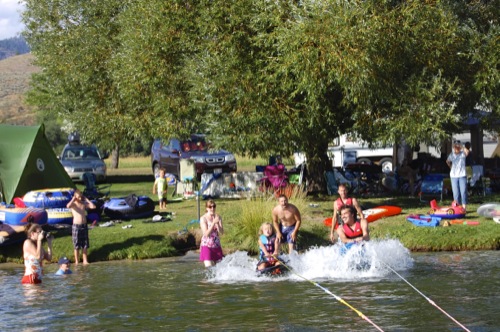 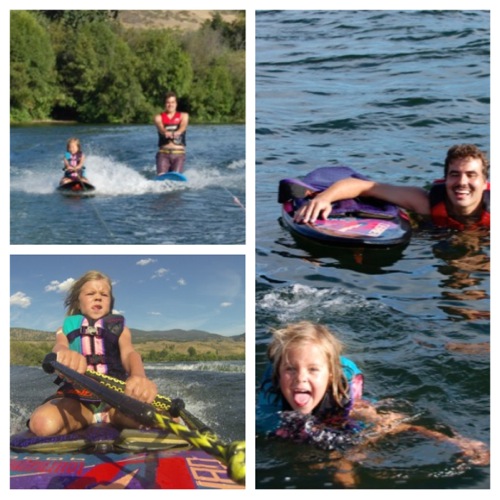 Paul also showed off his skills and looked pretty hot doing so. 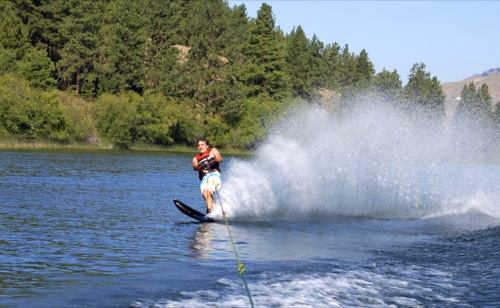 We made a few visits to Sheri’s to enjoy some of our favorite ice cream. 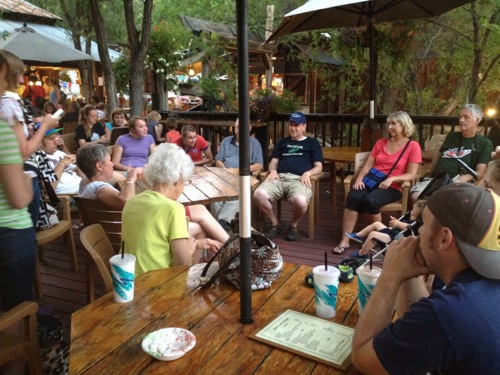 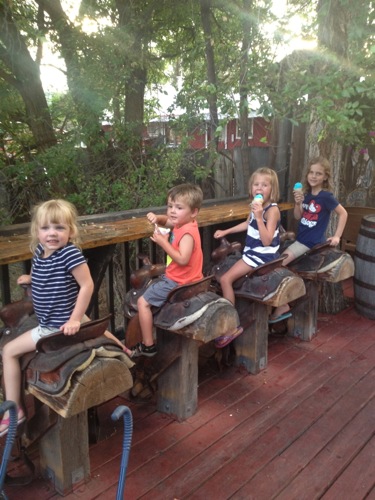 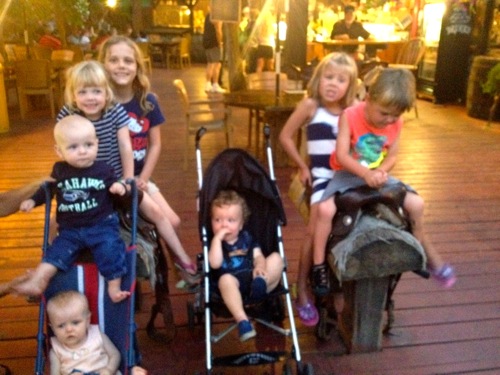 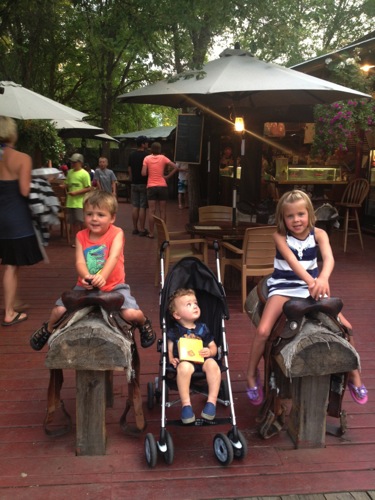 There was of course lots of swimming, floating, watching babies, and just hanging out. 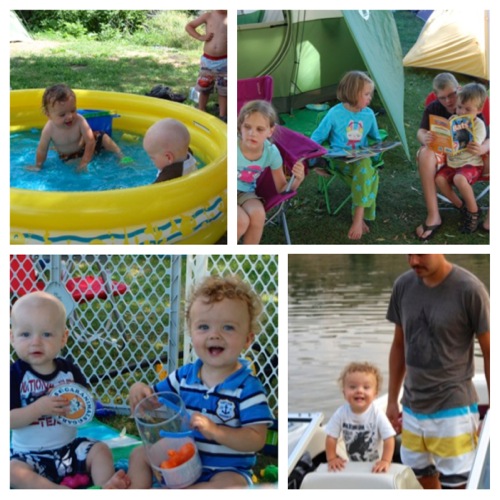 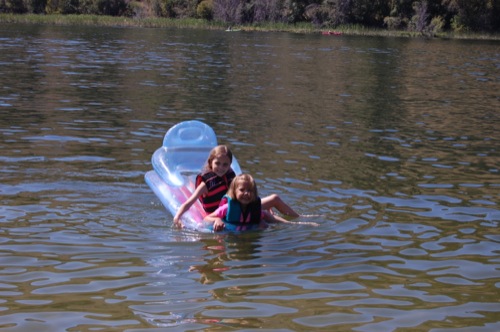 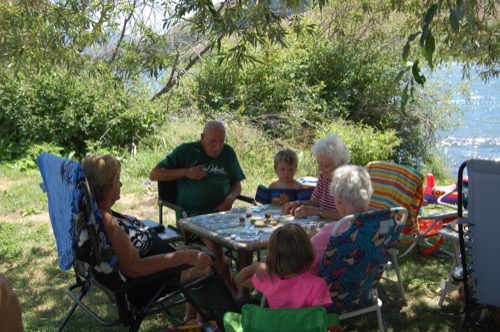 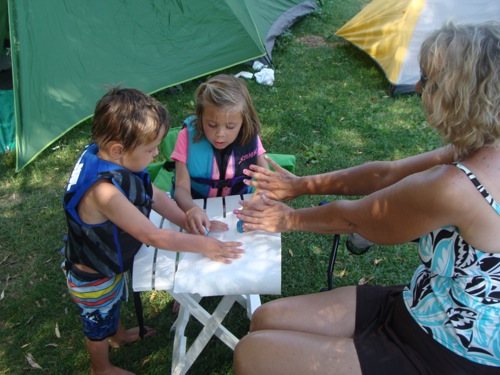 We invested in a giant play yard to keep the babies contained.  It worked like a dream and it was hilarious watching Mason and Crew together. 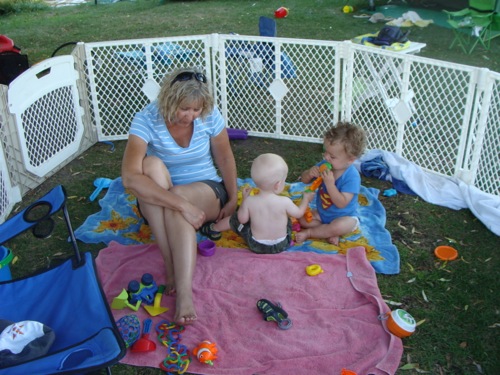 We also brought a blow up pool for the babies for the times we were too lazy to deal with them in the lake.  It proved to be a hit too. 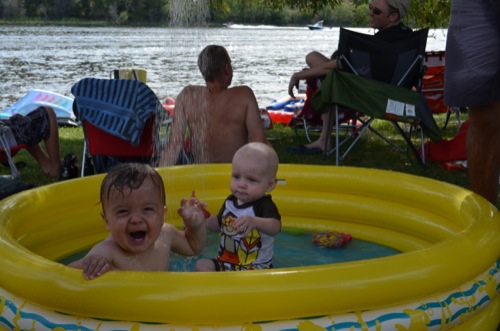 My grandmas also camped with us, which was so fun to get to spend a whole week with them both.

Grandma B. took a few rides in the boat. 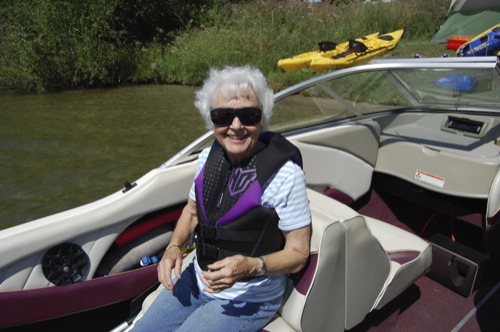 And I got to go on a 4 generation GTX ride with GiGi.  Who gets to do that? 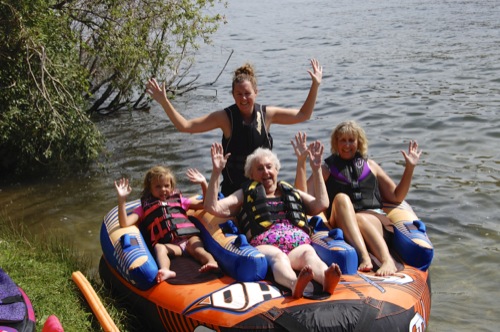 My grandma’s are pretty awesome.

The boat was always full of kids, which worked nicely for babysitting. Although they weren’t the best spotters. 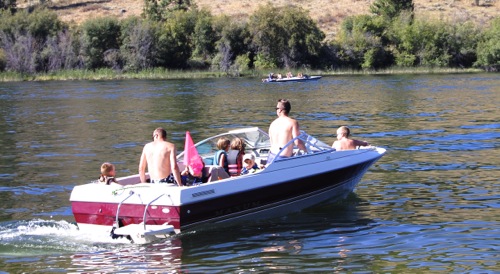 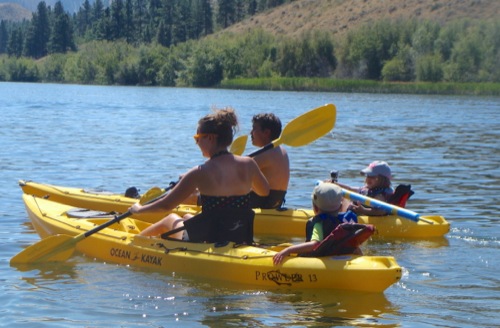 Macey and Miles were not happy at all about leaving.  Macey cried for the first 30 min of our drive and Miles constantly kept telling us to turn around and go back to the lake.  I’m glad they love it, makes the long drive much more worth it. 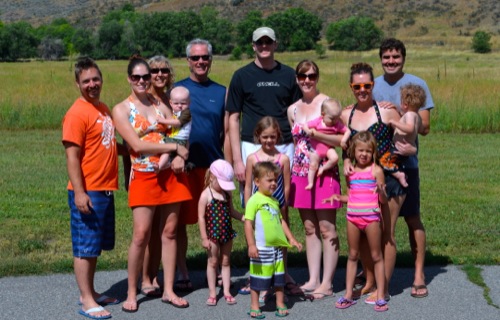