We just finished our first full week of summer and I’d say it has been a success.

We signed for the first session of swim lessons this year and I was worried it might be too cold, since I now won’t get in the water if it’s below 80 out.  Luckily the weather has cooperated and even been hot for us. 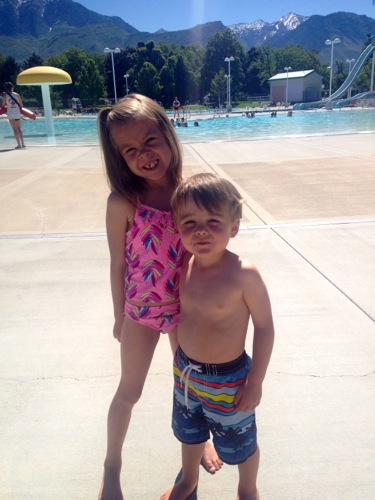 Miles surprised me once again and is LOVING swim lessons.  His teachers say he listens most of the time and everytime I look over he has a giant grin on his face.  He was also the only kid who would dunk his head under the first day, I have higher expectations for bathtime now. :) 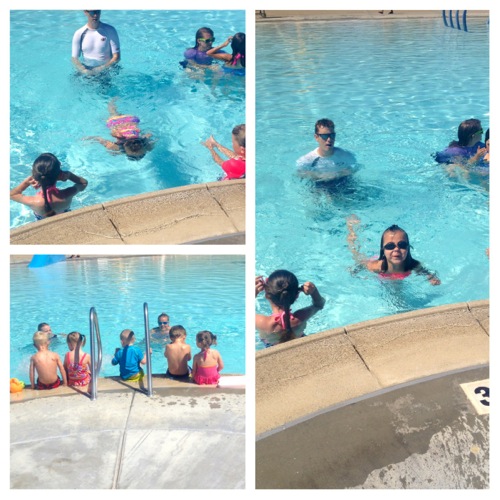 Macey has requested that next year I sign them up for 14 swim lessons in a row.

We made our first of many visits to the pond.  And just like last year, I never had to leave my chair.  That is the best kind of afternoon if you ask me. 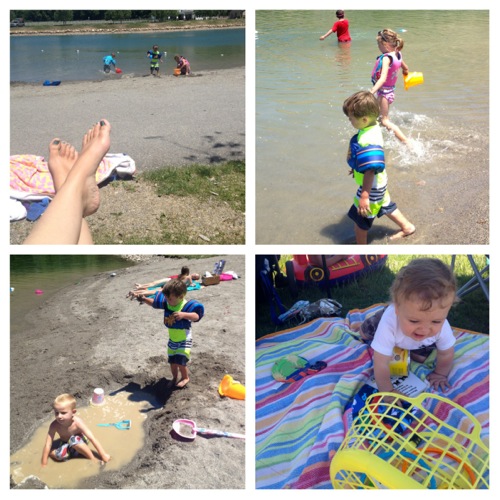 We are also pretty much obsessed with our new deck and I’m just happy that I have some more livable square footage.  Most meals are spent on our deck.  Macey and Miles use it as a stage and Crew just yells for someone to start shooting a ball in the little basketball hoop. 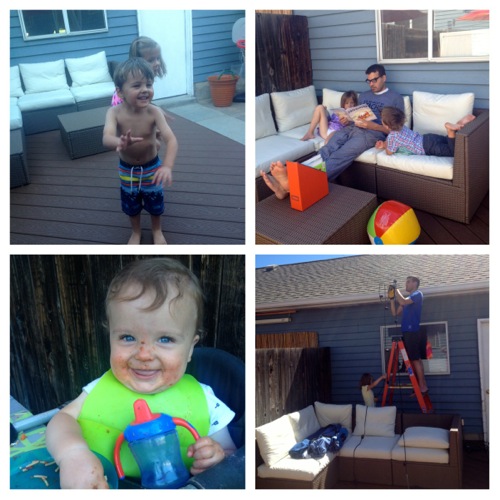 We’ve had many sprinkler and slip n slide sessions.  Crew surprised us all by his love of the slip’n slide, and luckily the older kids were quite patient with his slow crawl down.  We are hoping he will love the water just as much as M&M do. 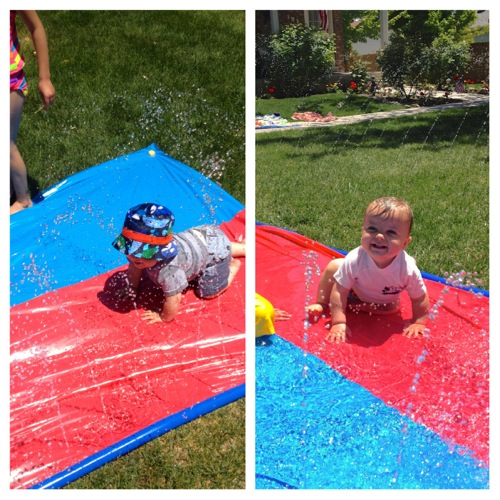 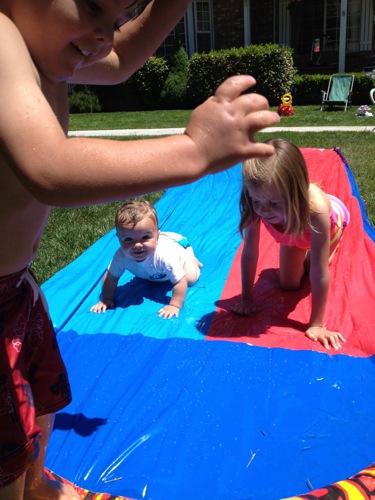 Macey’s favorite thing about summer is our neighborhood potluck and movie night on Fridays.

I impressed all the kids by making sand pudding and they totally thought I’d brought sand to feed them.  Luckily, they liked it better than the sand at the beach. 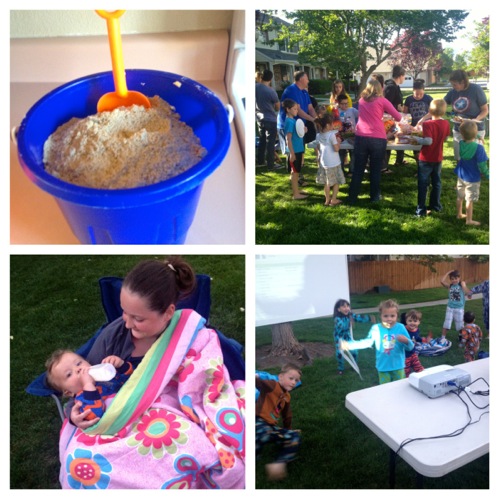 Having kids in and out all day, and dealing with all the messes Crew has been making, has resulted in me giving up on the whole cleaning thing.  Perhaps I’ll get my motivation back next week.  But it really has become impossible to clean anything with this kid at my feet. 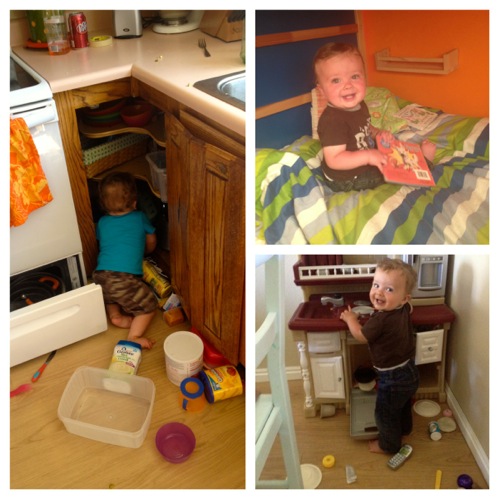 We also made a visit to our favorite pool and Miles once again surprised us all by going down the big slide (the yellow slide behind them) by himself! 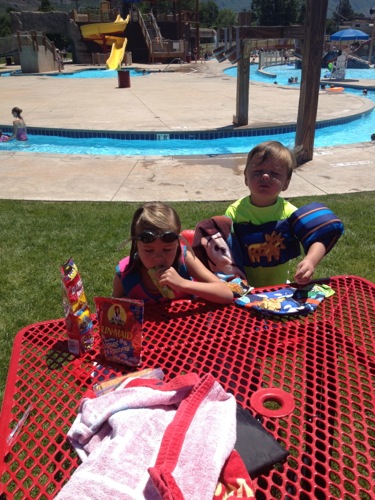 Lucky for Crew we decided to not torture him and let him hang out in his floaty, and chew on Macey’s dive sticks, while M&M took turn after turn on the slide.

Miles also decided today was the day he was actually going to sit with his class during primary!  We are 6 months into Sunbeams and he finally did it.  While he did turn into a Komodo Dragon twice, his teacher was quickly able to resolve the situation and he quietly climbed back into his chair. :) 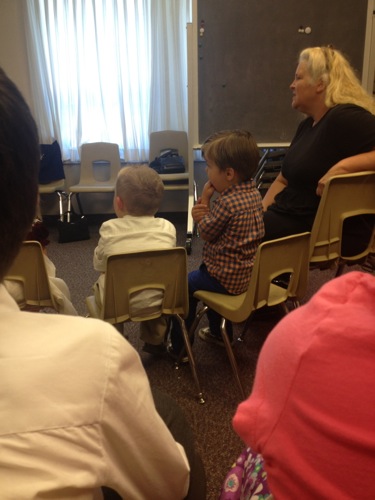 So while there has been more mess, more fighting, and less quiet time around here, we are loving summer.  And Crew is just happy when they include him in their games every once in awhile. 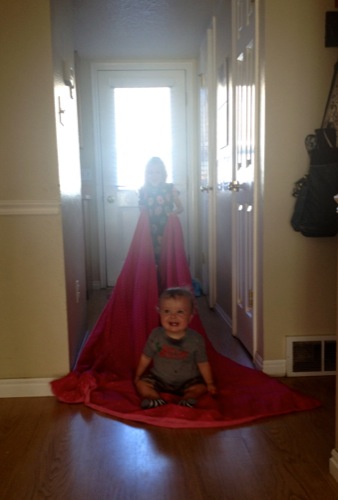