We were pretty excited to have my parents come stay with us for a week, but no one was more excited than Macey.

She could not contain herself when we pulled up at the airport and she saw Nana and Pop-Pop standing there.  She could not get her seat belt off fast enough.

Directly from the airport we went to City Creek and did some shopping, since my mom is looking awesome and needed some new clothes.  Macey is pretty in love with City Creek now (and Trina’s condo there) and keeps asking to go back. 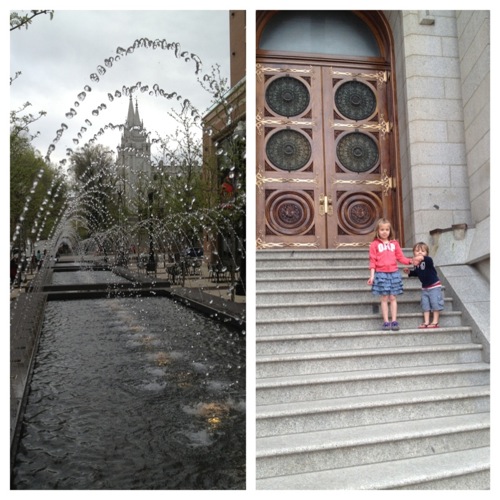 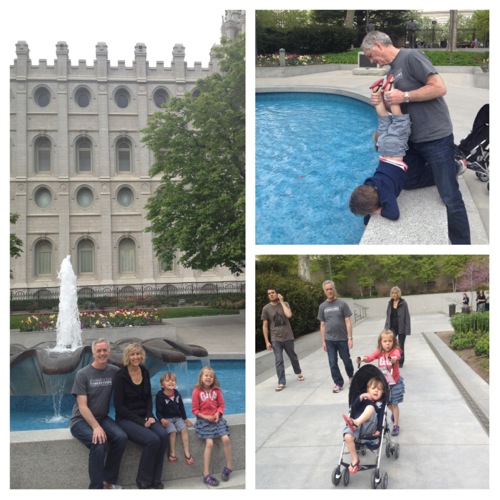 We of course spent lots of time enjoying the sunny moments, before the afternoon rain would hit. 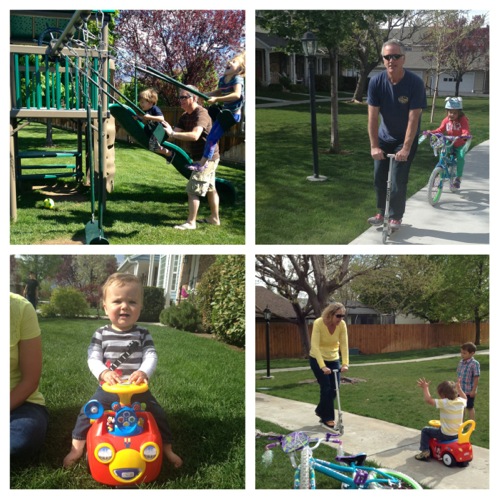 Nana and Pop-Pop even got Crew an early birthday present, he was pretty happy to have a car whose buttons actually worked. 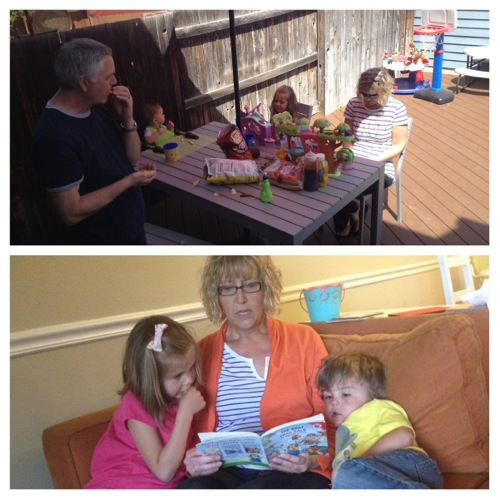 Nana was the designated story reader, she’d try to pass it off to Pop-Pop, but Miles wasn’t having that.  We just had to purge the books a few times, to get rid of those long ones and replace them with some nice short stories. 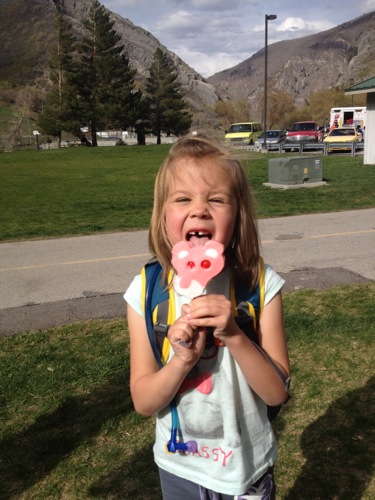 We treated Macey and Miles to their first ice cream from the ice cream man while we were up the canyon.  They were pretty excited to say the least and are still talking about it 2 weeks later. 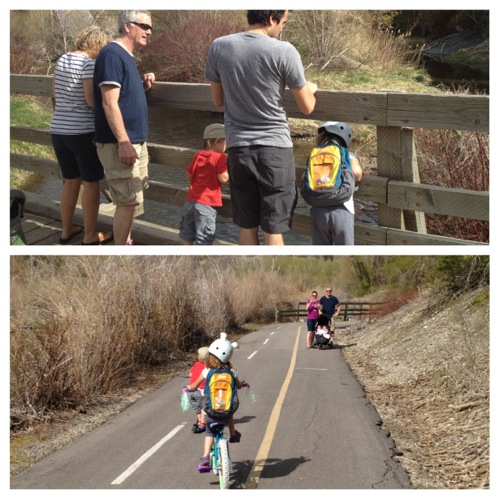 The highlight of the trip though was taking a trip down to Zion.

It rained on us about half the time, but luckily being from the Northwest helped us out on that one.

We hiked the Emerald Pools first and Macey was a champ.  Miles on the other hand was “brave”, meaning he didn’t want to hold anyones hand.  This caused a few moments of screaming and crying, but we managed to get him to obey, most of the time. 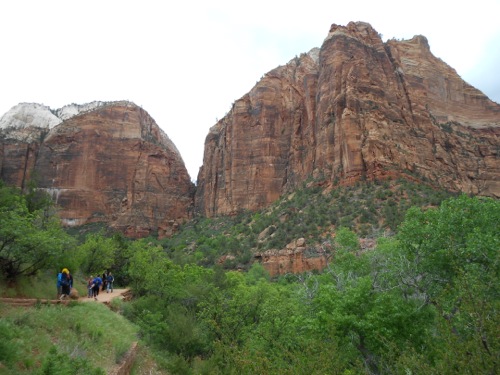 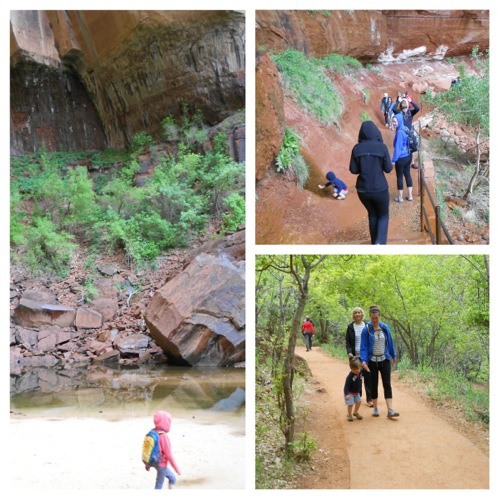 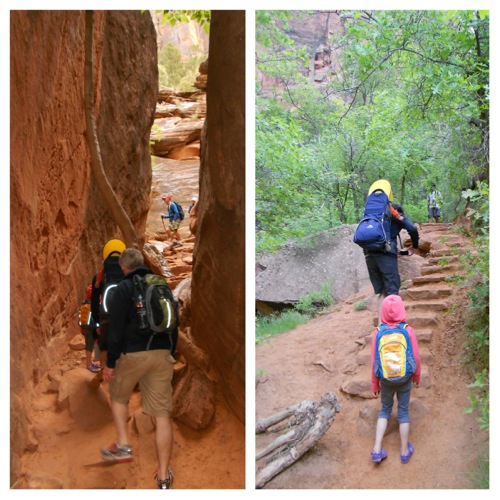 We went up to Weeping Rock next, but decided we needed to come back again the next day so my parents could see the awesome view without all the rain and clouds. 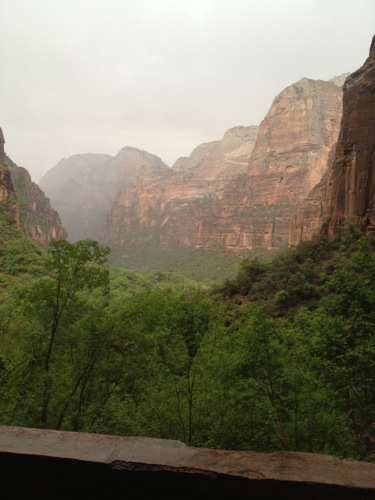 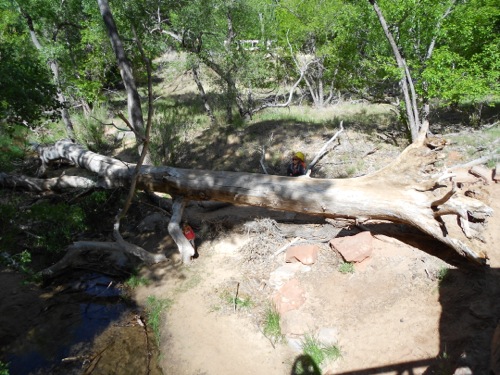 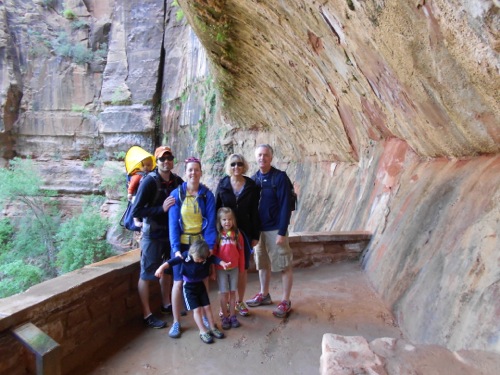 I think the highlight of Zion for Macey and Miles though was the squirrels on the River Walk trail.  Miles would scream at the top of his lungs, “Mace, Mace, squirre! Mace! Mace!” everytime.  Macey had acorns in her backpack from our last hike, so she was pretty excited when she found that the squirrels loved them.  I wasn’t a fan of the squirrels, especially when they stole my bag of cheese nips! 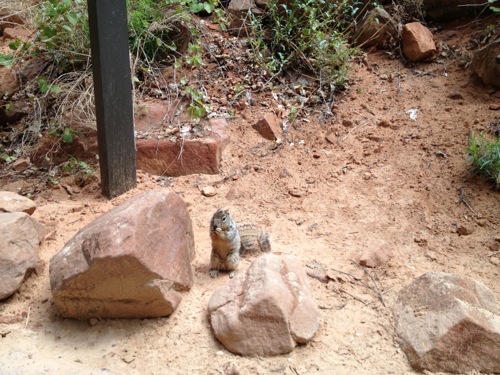 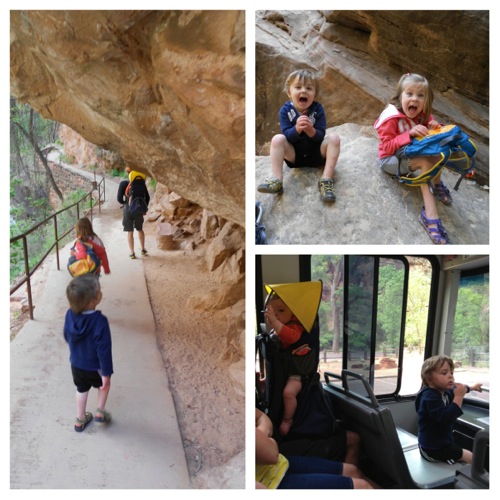 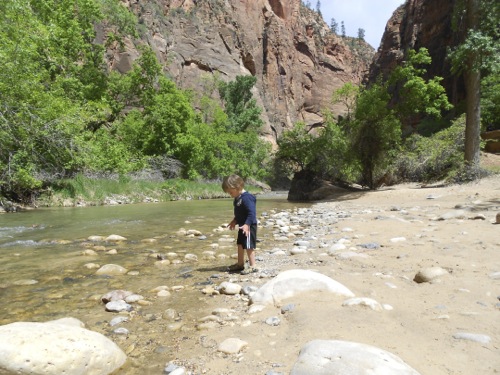 Despite Paul getting sick, Miles whining, and Crew being a stinker in the middle of the night…it was well worth the trip. 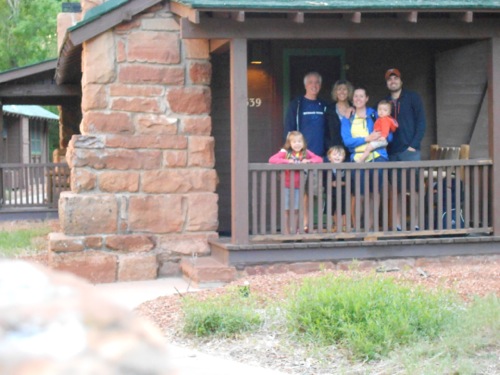