Nothing too exciting has been happening around here lately, except that Crew keeps growing. 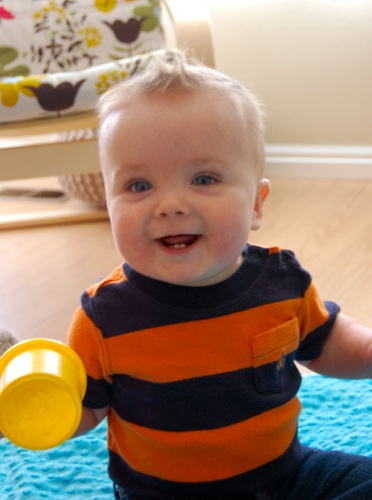 Here are some of Crew’s recent happenings:

He’s been sick lately, but he is still just as mellow as ever. That is as long as someone is in his eye sight. Turn the corner and he’ll start screaming at you. 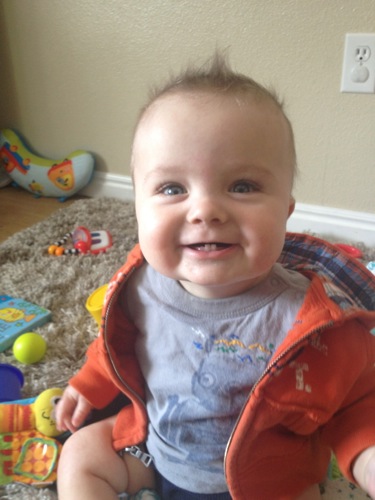 He just got his 3rd tooth. 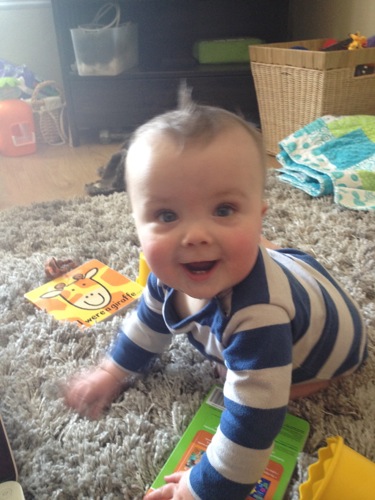 He has also turned into a thumb sucker, put him in his crib with a blanket and he goes right to sleep sucking that thumb. I know it will be annoying later, but I just think it’s so cute right now. 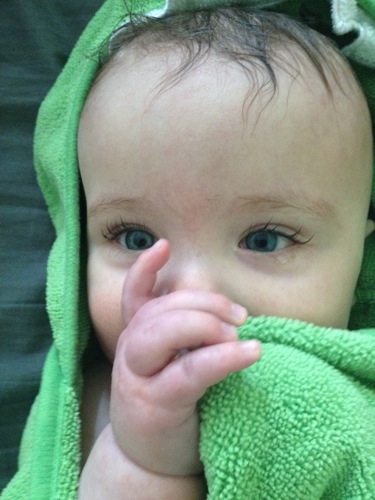 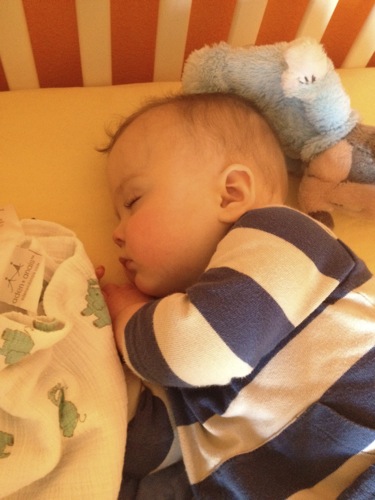 Miles still constantly informs us that he does not like Baby Crew, but he did give me some hope this week that his disdain won’t last forever. He announced that when Crew is 2 he will go to Disneyland with him and take him on the Pirate Ride and that they will be friends then. Let’s hope. 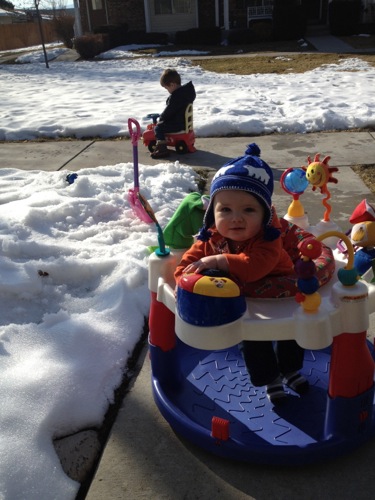 Crew is still our happy, mellow baby. He is starting to find his voice though and gets a little noisier everyday. He can’t help but smile everytime he sees Macey and Miles, even if they don’t give him the time of day. And he’s at my favorite age where he can’t move too far yet and is content to sit and play with his toys.

Here is a post about Miles at 8 months, they really are looking so much alike.