Tuesday night as I lay curled up in a little ball on the couch I was devestated I might have to miss out on one of my favorite holidays! But thanks to paul’s help, drugs, and skipping things such as a Halloween themed lunch, I was able to make it through. Even though poor Miles had only had half his costume on for Trick or Treating.

We barley got our pumpkins carved and painted this year, but luckily the weather cooperated this week and we got it done (Miles is not allowed to paint indoors). 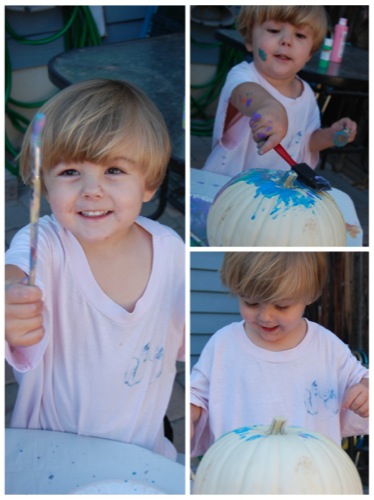 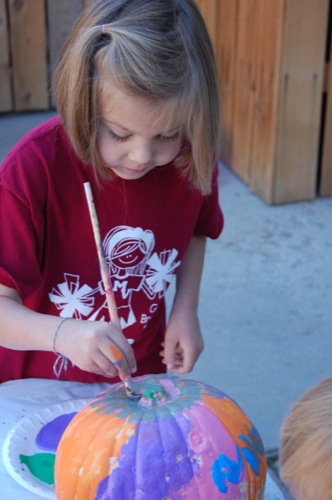 Macey loved pumpkin carving this year and I even got her to clean out the goop herself. 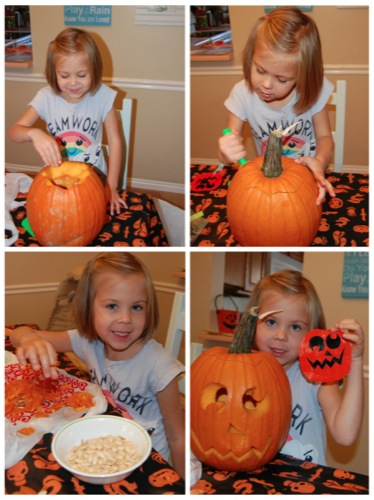 Miles was a different story. 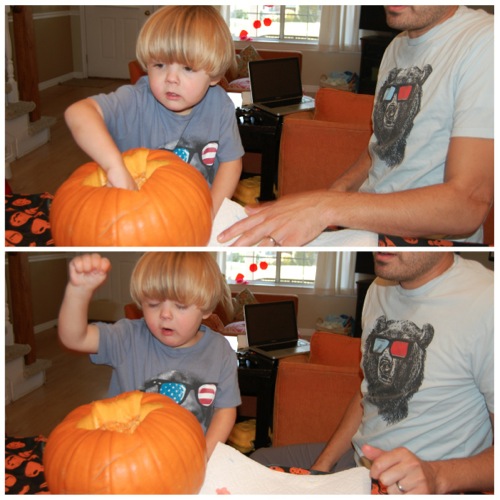 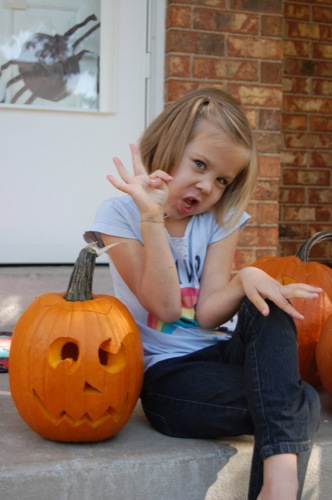 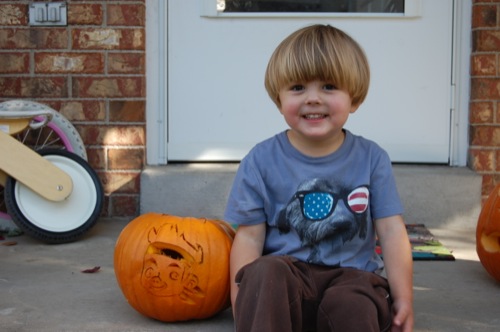 Macey got to dress up for school, so we tried to get a picture of all of them in their Toy Story costumes but Woody wouldn’t cooperate. He kept yelling, “No Halloween, it’s too scary.” 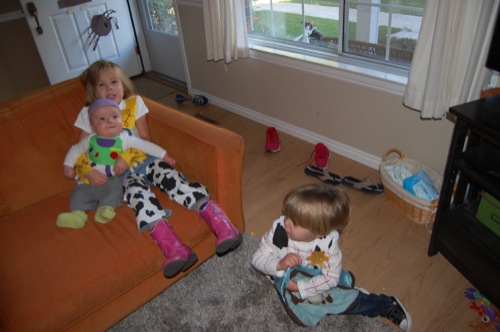 Luckily Jessie and Buzz were cooperative. 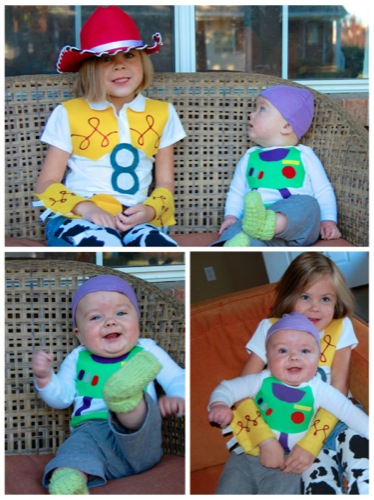 Ever since I stopped teaching Halloween just hasn’t been the same, so I was so happy to go watch Macey’s school Halloween Parade and help in her class halloween party this year! 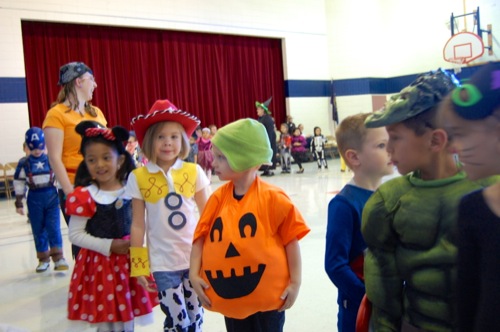 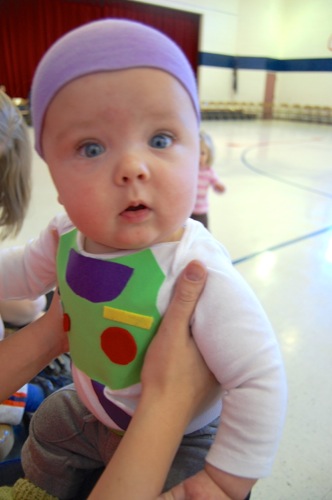 We had a bit of a rougher start than normal for Trick or Treating, but we pushed through and it turned out to be just as much fun as always.

Our group shot kind of sums it up: Crew screaming and Miles trying to run away. Pretty sure Paul was happy to be stuck in his cage. 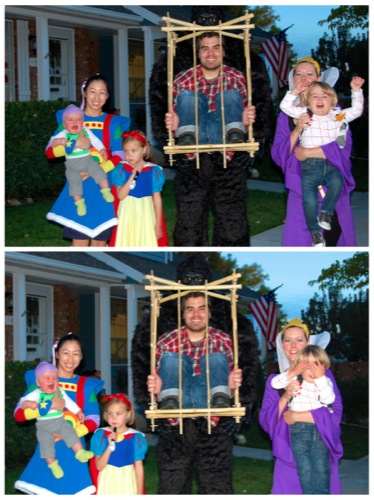 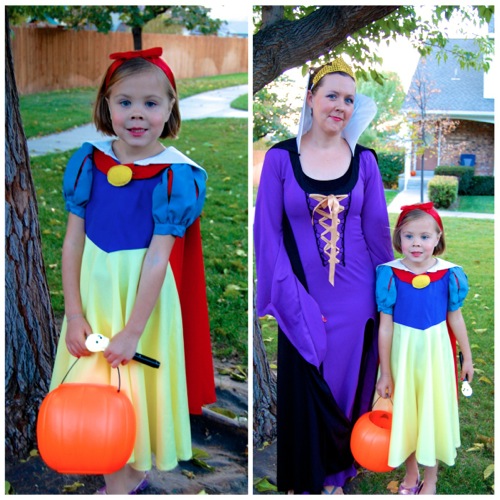 Miles was that annoying kid who wanted at least 2 pieces of candy and got mad when he only got 1. Luckily, most of the houses we went to are all too familiar with him and think he’s cute, so hopefully they didn’t judge us too harshly. 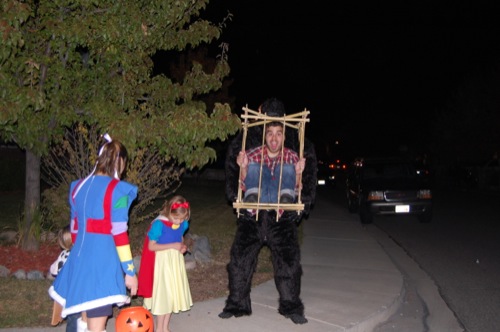 And yes, Paul’s costume was awesome and a huge hit with the fellow Trick or Treaters.

I was worried how Miles would end up liking Trick or Treating since he’d been yelling at everyone all day to get out of their costumes. But, he figured it out and was in Heaven. Even when Macey had given up towards the end and got into the stroller, he was still going strong. Then when we pulled into the garage he kept yelling, “Let’s do that again!”.

Sad Halloween is over, but now I will hopefully have time to start planning Miles’ T-Rex birthday party.