I never thought I’d love a car as much as I loved The Beast, but I think The Beast has now been replaced in my heart by the Pilot, AKA Bucky (think Jake and the Neverland Pirates). 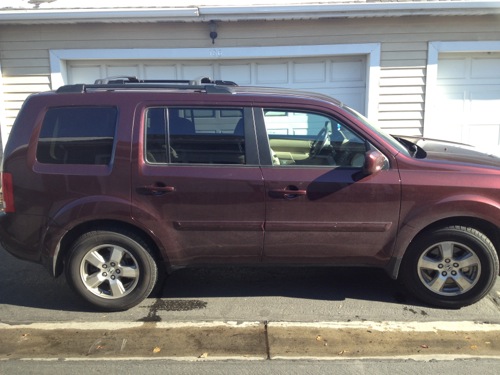 This car has pretty much become my sanctuary, as it is one of the few places where Crew and Miles aren’t whining and crying. Everyone is contained and happy to look around. It’s one of the few places Crew naps without putting up any sort of fight. It’s semi clean, thanks to Paul’s dedication, and I get to listen to good music! 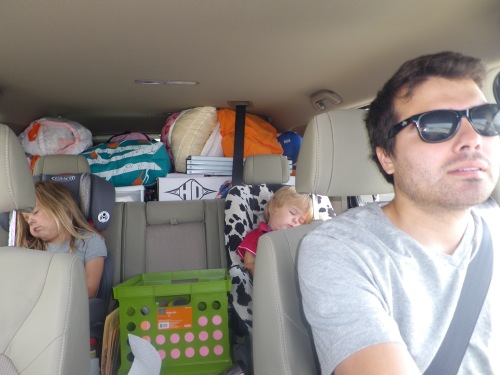 Last week Bucky also proved to be a beast in the snow. While everyone else, including snow plows, were slipping and sliding on a hill, I just pulled into the snowy turn lane and made it up without a problem. All the while listening to Miles chant, “Go Bucky, Go!”

This week when I had to take 3 extra kids to school, in addition to my 3 kids, it was no big deal.

Then this morning after listening to Miles and Crew cry through our entire morning routine, they miracously stopped the moment I strapped them in. So, after the school drop off we continued driving to Sonic where I drank DP and ate my breakfast in peace. 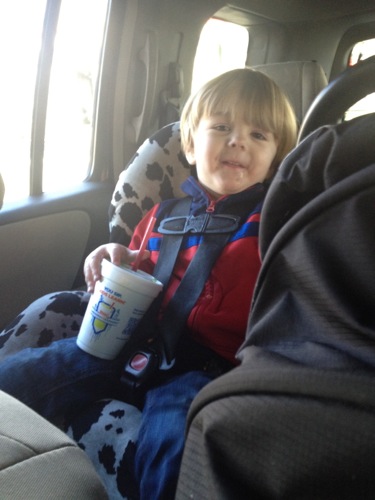 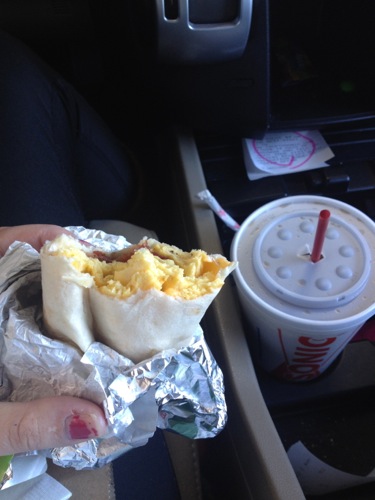 I have also started getting to Kindergarten pick-up about 15 min early, because I have found it is the only time where I can get my scriptures read without distraction.

Sanctuary I tell you.