We had Miles’ 3rd birthday party this weekend. I wanted to do a Jake and the Neverland Pirates party or perhaps Toy Story, but MIles has always been a child that knows exactly what he wants, so T-Rex it was.

He wanted to invite ALL of macey’s friends. We ended up settling on 2 of Macey’s friends (who are his friends too) and then 2 friends his age. But, can I just say Macey and I are lucky we got to attend, there was a few days there where he said that no girls were allowed. I was getting worried. 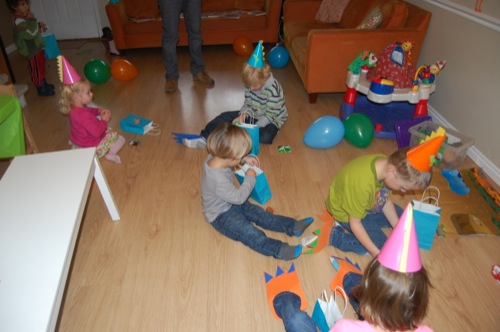 As Miles is very particular on what he wants, I made sure to run all my ideas through him. I showed him some dinosaur hats and feet I wanted to make. His response, “no Dinosaur feet, T-Rex feet! No dinosaur hats, T-Rex hats!” I learned pretty quickly this was going to strictly be a T-Rex party, no other dinosaurs allowed. 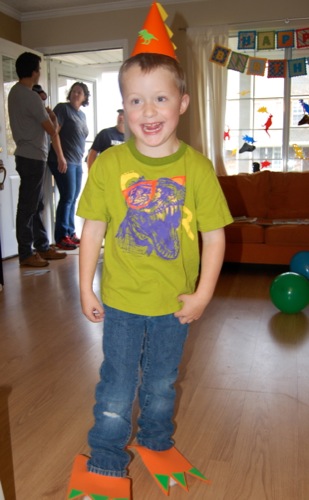 Here is Tajen modeling the hats and T-Rex feet, since my children were uncooperative in this area.

I used this party as my inspiration and of course changed everything from “dinosaur” to “T-Rex” to please the birthday boy. And Paul used his awesome skills to make me this invitation: 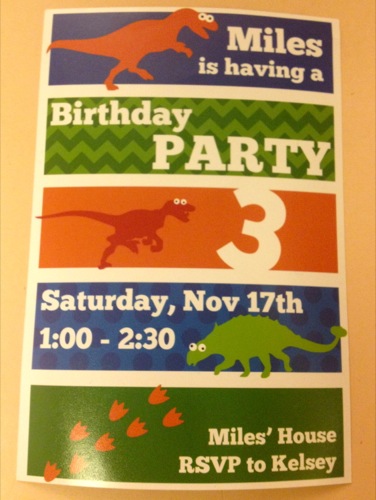 Miles knew exactly what he wanted for his cake: it had to be from target, be chocolate and of course have a t-rex on top. Luckily Target never disappoints. 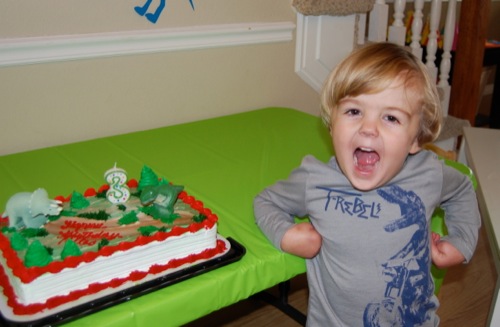 Some of the decor: 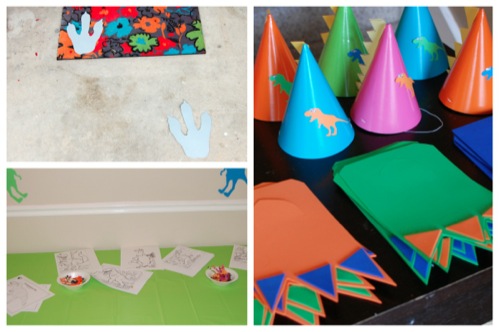 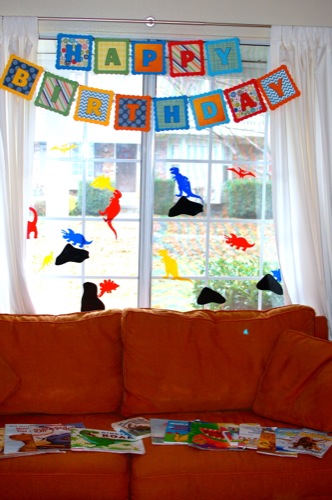 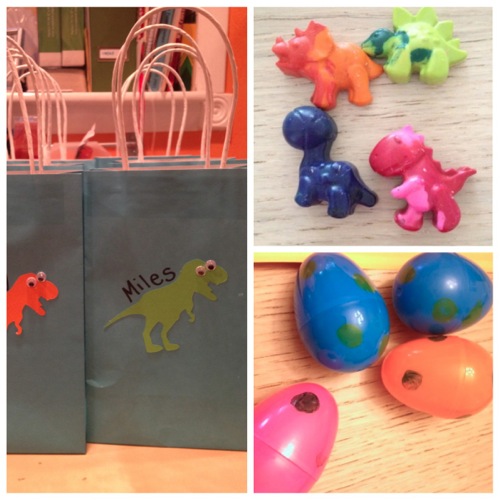 Like Macey’s 3rd birthday we had a coloring table, but this time Miles and I also searched through all our books for the dinosaur ones and this proved to be the most popular activity. 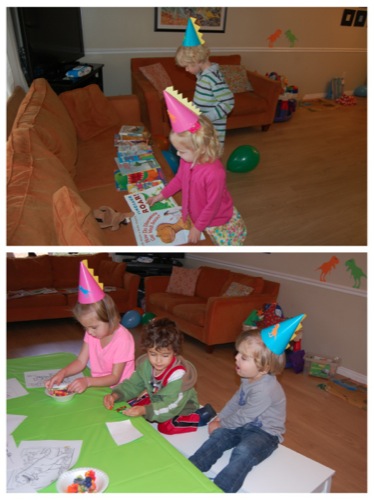 The games consisted of a T-Rex egg hunt, where the eggs were filled with candy and baby dinosaurs. 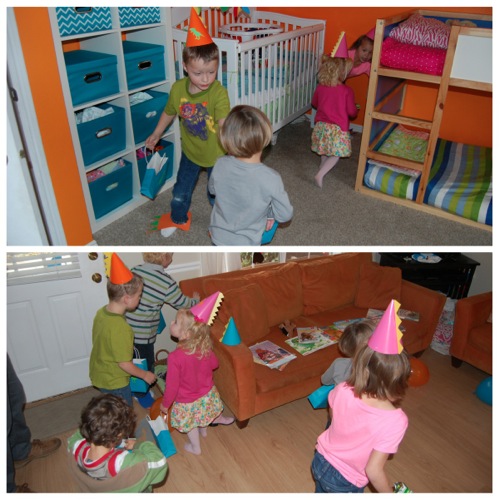 A pull string piñata. This almost didn’t happen, as all we could find was a triceratops, which of course wasn’t going to work. Luckily Miles did not realize that the one he picked was actually a dragon. :) 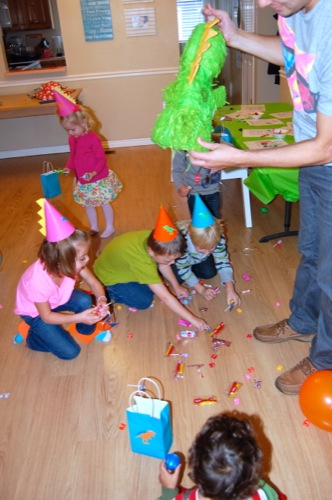 and the older kids did an egg race while Miles and his friend ate all their candy. 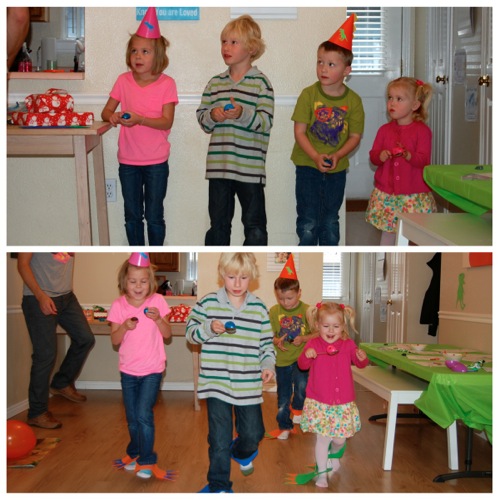 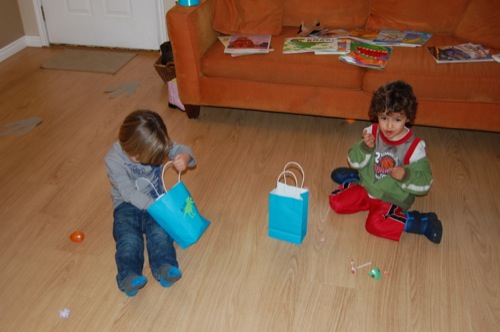 He loved being the center of attention and his favorite present, a box of lucky charms, of course. His friends know him all too well. 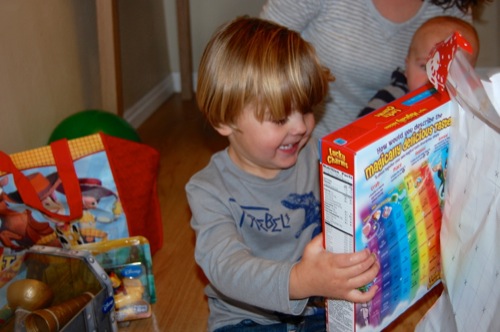 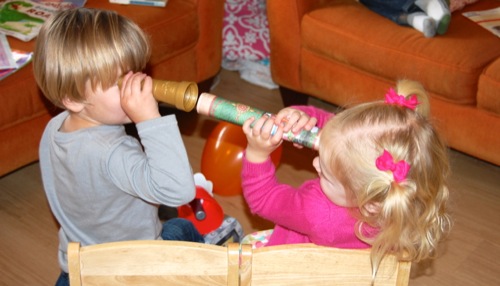 Miles even gave me a hug part way through the party and said, “Thanks for my T-Rex Party Mama!” That is exactly why I love throwing parties. 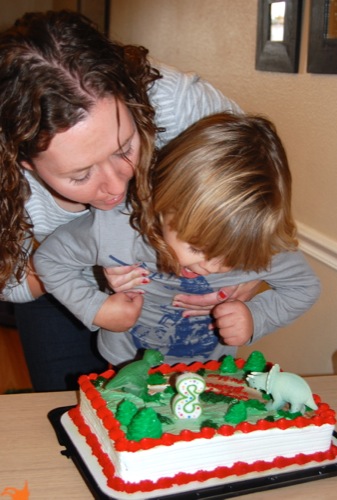 Now it’s only a few months until I get to do a party for this girl! 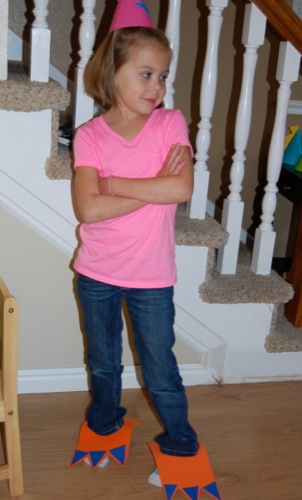