I never think I’ll be ready to leave summer behind, but there’s just something about fall that always convinces me.

We noticed the leaves on the mountains were starting to change color, so we of course had to get a closer look. We took everyone on a hike up Rock Canyon to see the leaves changing for ourselves.

I hadn’t been up there since college, so it was slightly weird to be back with 3 kids in tow. But, I won’t be waiting as long to go back again, it was gorgeous. 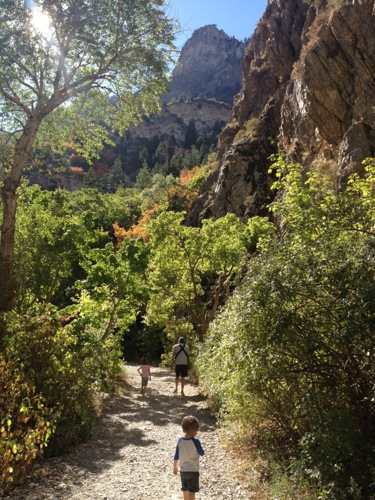 There was lots of shade, plenty of rocks to climb on, caves to hide in, and BYU couples to spy on. Overall there was something for everyone. :) 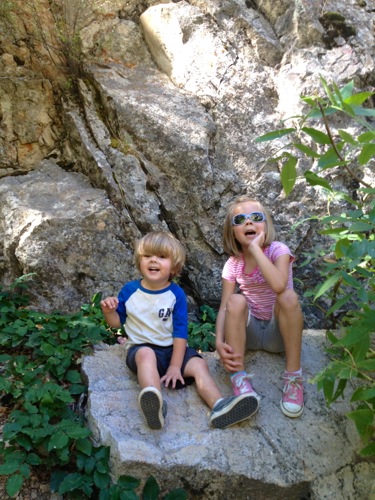 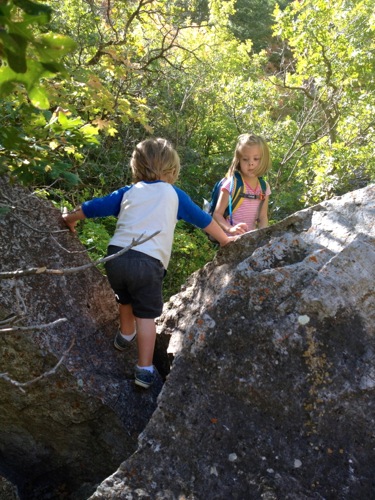 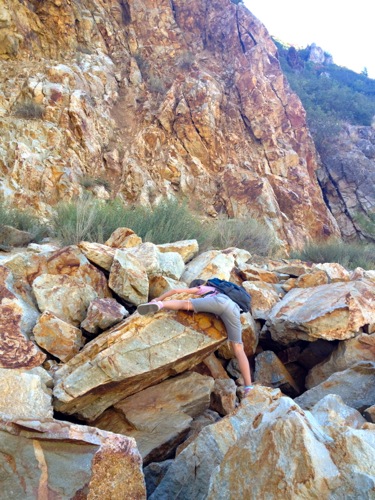 One of our favorite things about fall here though is BYU football. This year we opted out of football season tickets (we got basketball season tickets instead), which has been slightly weird. But, Macey joined Cosmo’s Kid Club, so luckily we ended up with tickets to 2 games anyways. We took Macey and Miles last week, while our amazing neighbor/friend volunteered to take Crew for us. 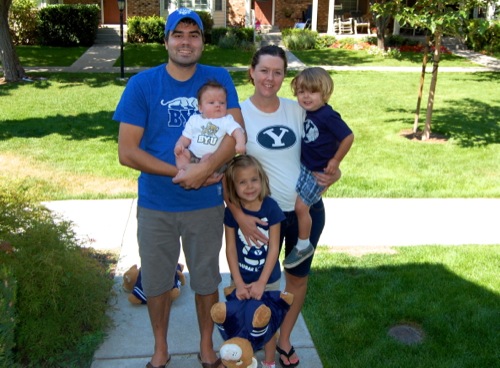 They loved watching the players run onto the field, looking for Cosmo, copying the cheerleaders, and singing the fight song. 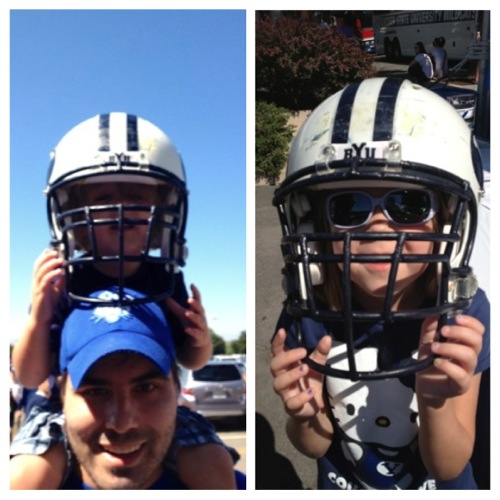 Miles decided though after about 3 plays he’d seen enough football for the day and wanted to come home. Luckily we were only planning on staying for the first half anyways and we were able to entertain him well enough to make it that far. 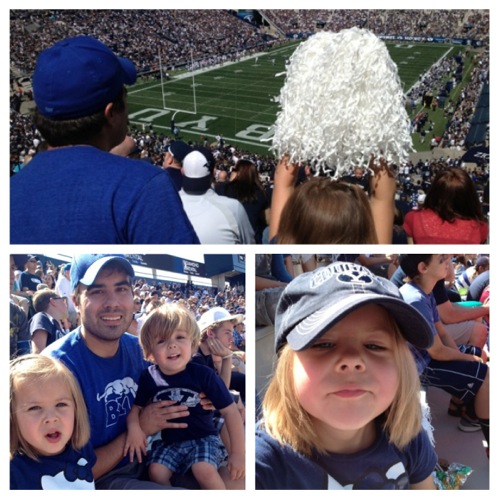 We figure one game a season is enough culture for them, so next game we are bringing adults with our extra tickets. You know, so we can actually watch the game and I don’t have to share my cotton candy.

The best thing about fall coming this year though is the cooler temperatures! I never thought 82 would feel so refreshing. 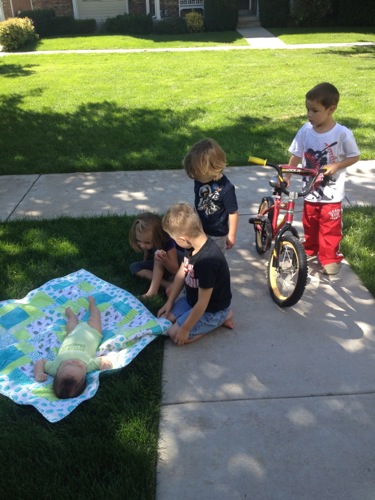 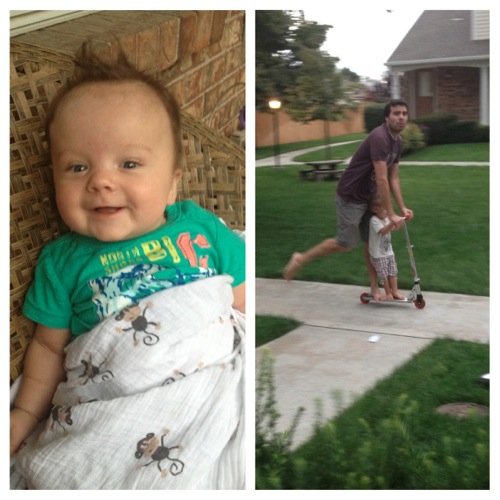 So, for now I am happy to leave summer behind.