Paul turned 30 last week, and I was the only one that had a semi meltdown about that fact. He had no reservations about it whatsoever. Maybe, in a year and a half when I turn 30, I’ll feel the same way? Yeah, I highly doubt that. But, at least I have some time to get used to the idea.

To keep my mind off the fact that he (which also means me) was getting old, I decided to throw him a party. 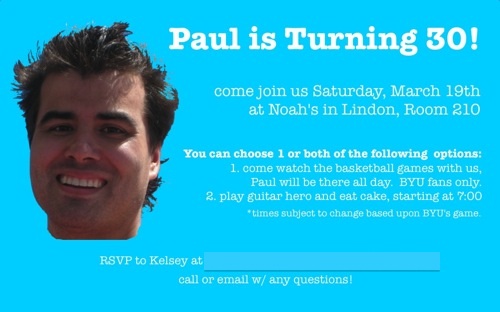 I rented the billiard/theatre room at Noah’s for the entire day. Paul got to play video games on a huge screen, watch basketball on that same huge screen, play pool, eat food, and of course hung out with really cool people from like 10:30 am - 11:30 pm. What more could you ask for? 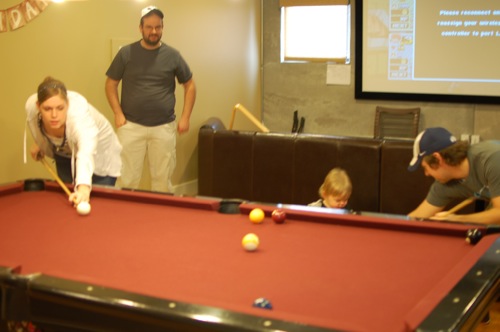 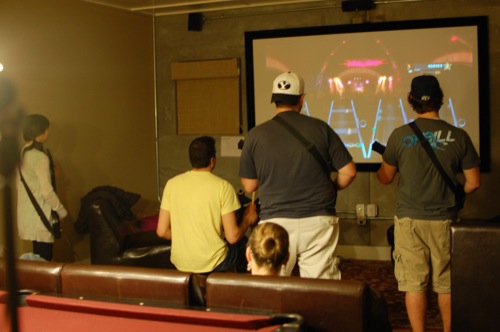 Even though it was hard, I decided to go with no theme, since I figured that was what Paul really would prefer. So, all I did was blow up a few balloons, hang up a banner and get all of his favorite snacks and drinks. Easy and Perfect. 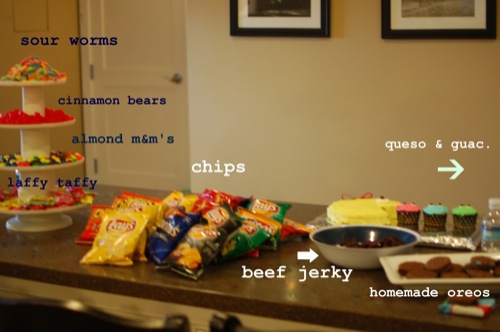 His favorite arcade game is Mrs. Pacman, so I went with that for the cake. It still took me like an hour to make (cake decorating is not my thing), but it was way easier than some of my other ideas. 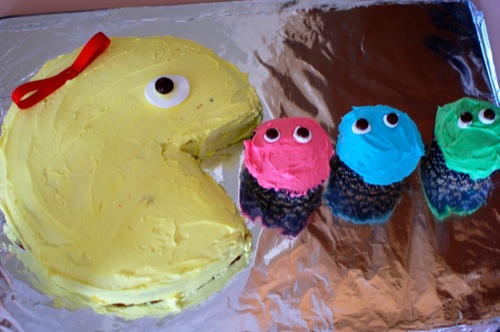 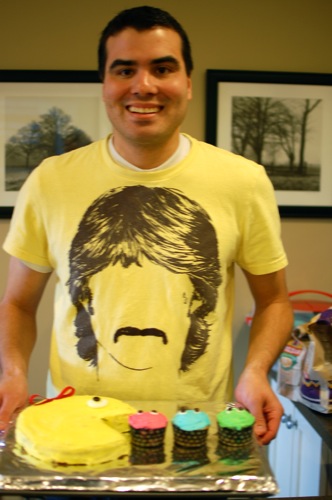 The highlight of the party of course, was getting to watch BYU Jimmerize Gonzaga on the huge 100 inch plus screen. 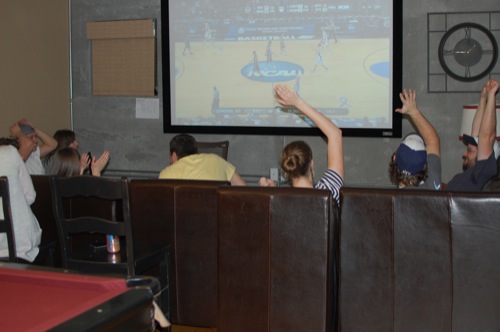 It’s going to be slightly less exciting watching Thursday game on our 40” tv.

Pretty much Paul is the best husband and coolest 30 yr old I know, so I was extremely happy to finally get to do something for him that I knew he would love! He seriously didn’t stop smiling or thanking me all day, which obviously made it well worth the effort. 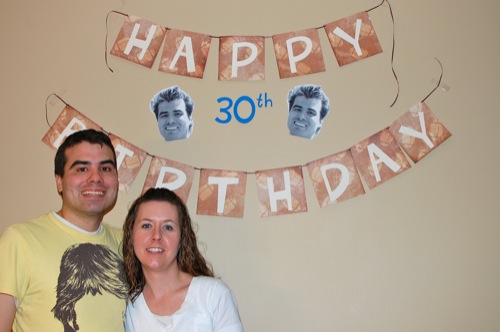