Macey did the Bitty Bruin cheer camp this week and of course loved it. Before going to the first session she insisted she would NOT say “Go Bruins”, only “Go Cougars”, because she claims she is a cougar. We couldn’t argue with her, but she soon forgot her loyalties to BYU and was cheering for the Bruins. 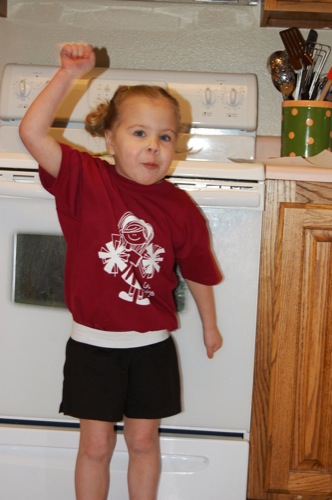 Here she’s doing her “Roll Bruins” cheer. Yes, it’s suppose to be “Go Bruins”, but not according to Macey.

On the night of the big performance she had a moment of hesitation when she was suppose to go sit w/ the other girls to cheer and I got a little worried. But, luckily we were able to find a group of older girls from our ward (church), and she sat on their laps and they kept her happy by sharing their chips. I don’t think she would of gone through with it without them. 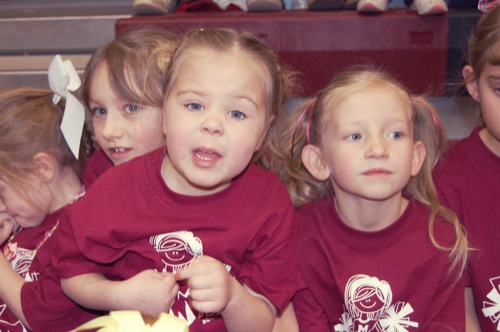 Miles was loving the game too and did lots of dancing on the bleachers. 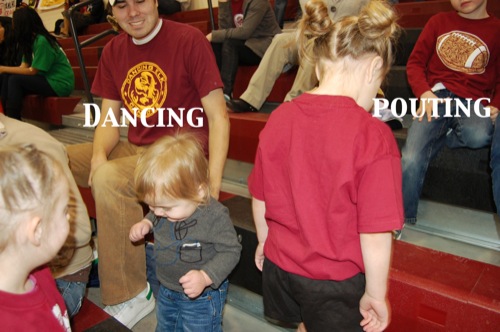 We had some technical difficulties when it came to filming the half time show, so here is a reenactment in pictures. 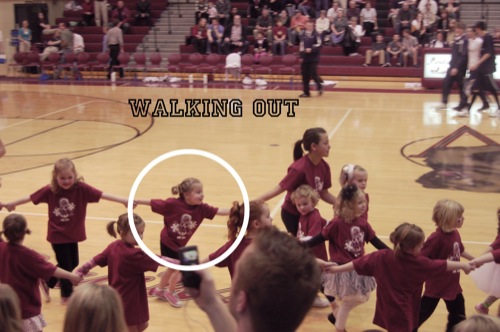 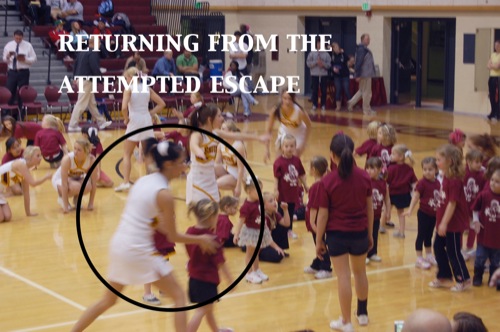 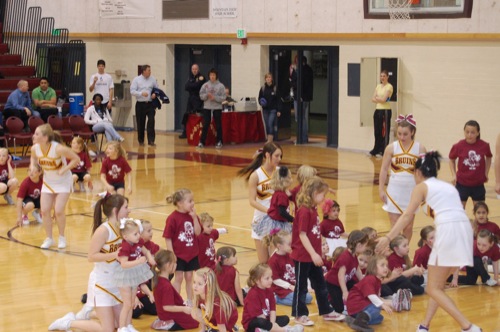 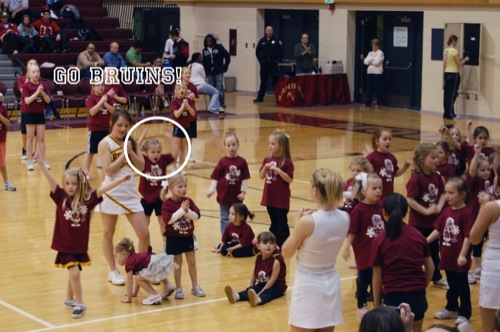 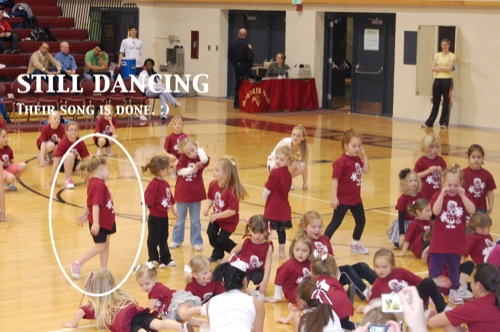 She might not of mastered the choreography, but she had a lot of charisma! She was dancing and twirling away in her own little world. I was pretty sad we missed getting it on tape, but I figure this was only a small introduction of what we’ll see at her dance recital in March.