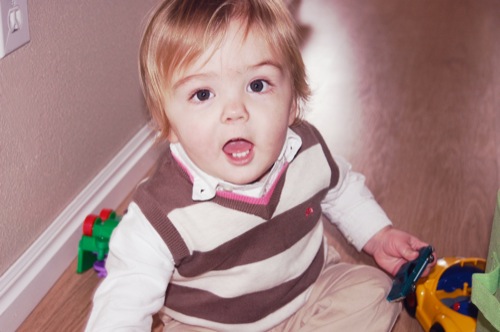 Miles has become quite the trouble maker. Sure, we love him for his craziness. But on days like today, I wonder what it would be like to have the child where no baby gates or child locks are required_(if such a child even exists)_.

He is constantly trying to figure out how to break out of upstairs, 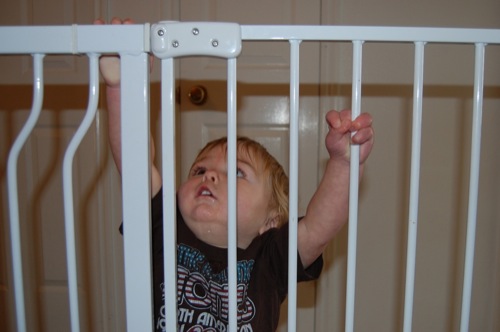 and this is the reaction you get when he has to be contained, whether it’s by his crib, the baby gate, barricades, or a door. 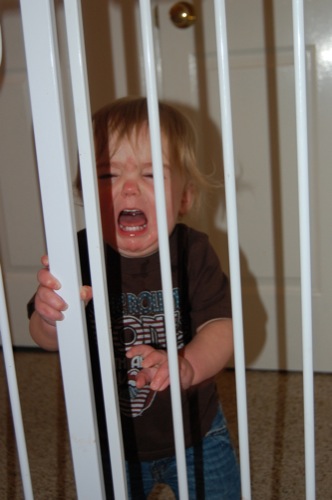 Today I had to lock him upstairs so i could clean up another mess. He was not happy and continued to chuck toys and clothing down the stairs at me.
Here is a small portion of what what made it down: 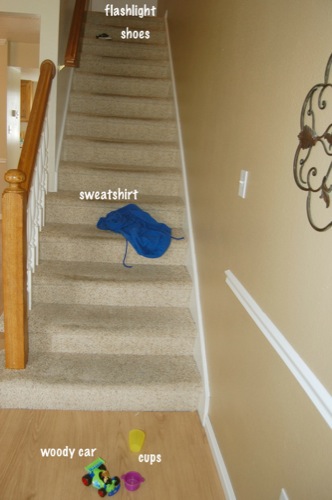 I was busy cleaning up grease though and ignored the protest. Yep, he broke the child lock on a cupboard and got the grease out of the garbage can. He covered the floor, himself, and some of my couch with it.

I am attempting to soak it up with corn starch. Any suggestions? I love these couches, I really did want to cry. 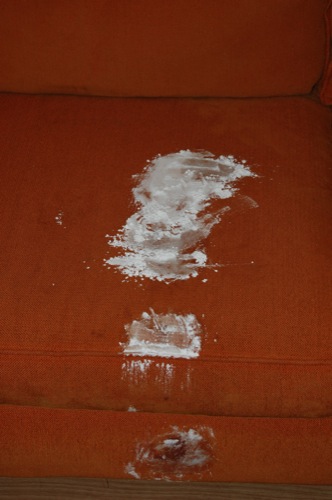 Then when I did what I could to salvaged my beloved orange couches, I had to change his diaper. He proceeded to pull the dirty (yes, that kind of dirty) diaper out from under him and swing it over his head laughing hysterically. I laughed so I wouldn’t cry.

Since I can’t stay mad for long, we played his favorite game of chase once I realized things could be worse. He decided to change the rules though, and when he got in striking distance he would chuck random toys at Macey and I. 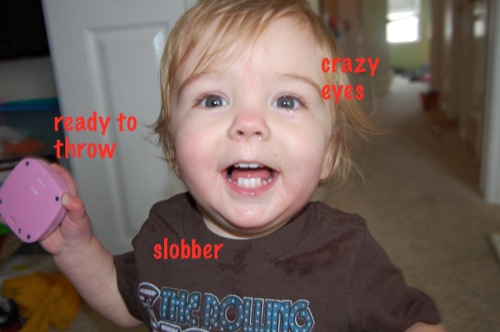 That apparently seemed boring though, because he then decided to ram his head into us, in attempt to knock us down. 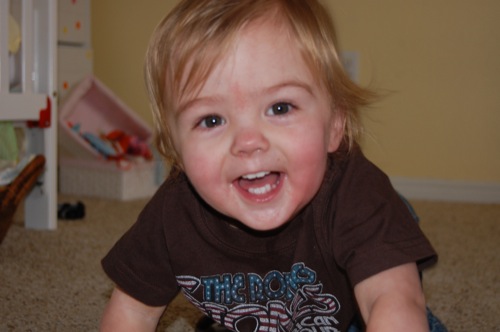 Oh, and this is what happened yesterday when i decided to shower.
I want to note that Macey and I had just cleaned it all up before I got in the shower. 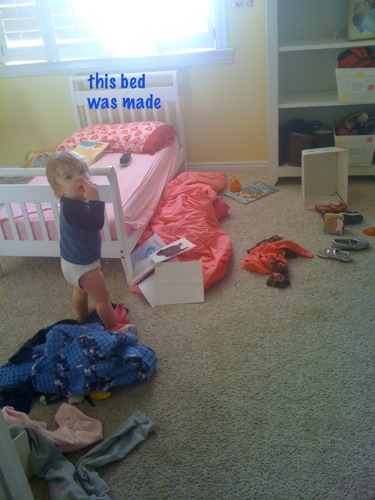 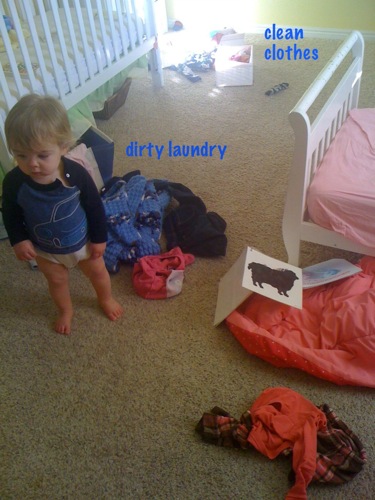 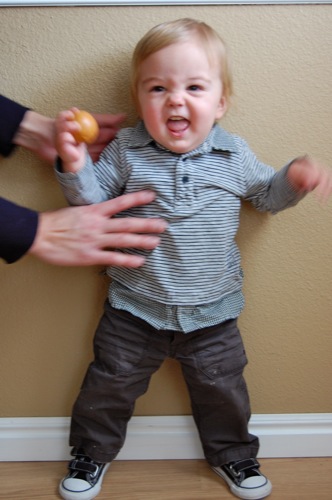