Paul worked his last day at KLAS on Wednesday, it’s crazy he worked there for 5 years! But, he’s ready for something new and is starting that “something new” on Monday.

As such we decided to celebrate, not with a family dinner out at a fancy restaurant, but with our first ever Navasard only vacation. Yes, this was our first vacation without other family or friends! Crazy.

We loaded up and headed down to St. George and then onto Zion National Park.

Can I just say, Zion’s is one of the most relaxing places ever! I don’t know if it was the fact that I wasn’t stressed about keeping others happy and entertained, or that cars aren’t really allowed in the park or that Zion’s is just that beautiful, or maybe it was that we had no schedule whatsoever, but whatever it was I liked it.

Macey and Miles were extremely good sports and Macey didn’t even complain until our last hike of the day. I think it had to do with the fact that we were hiking to the Emerald Pools, but I had to explain they weren’t pools we could swim in. Not good news for a 3 year old. And upon returning to our hotel that evening we found she had an enormous blister on the back of her heel. Poor Girl. 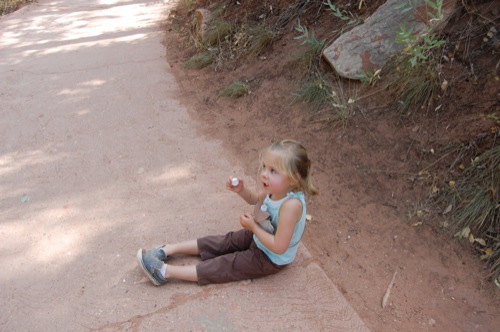 Macey taking a water break in the middle of the trail 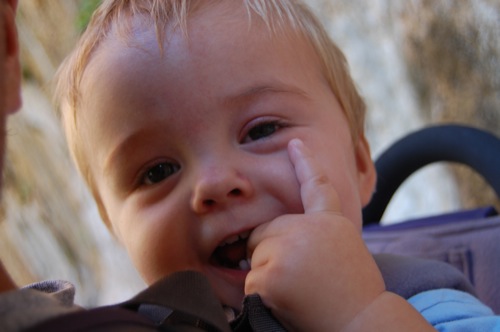 Miles took 2 nice naps in the carrier, happily ate leaves, pulled Paul’s hair, chased chipmunks, and chatted/screamed at anyone who would look his way. He was pretty much in Heaven. 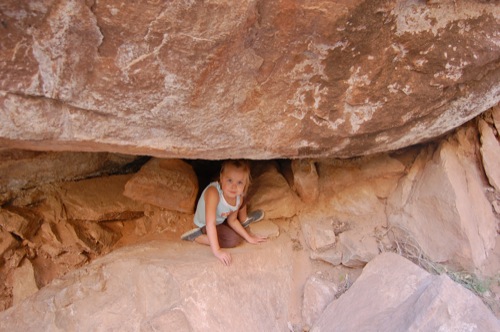 Macey of course found lots of rocks to climb on. When she was hiding here she actually scared two old ladies when they came around the corner. They thought she was a wild animal. Macey thought it was hilarious. 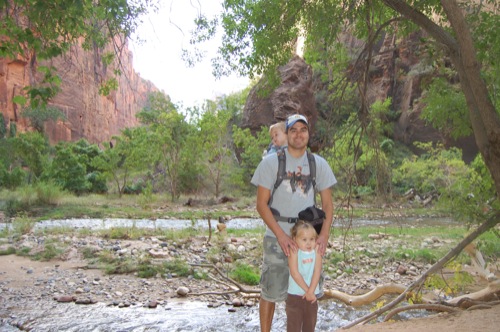 I was expecting more of the same landscape as Arches National Park. I was obviously wrong. Every time we turned a corner I could not get over how beautiful it all was. 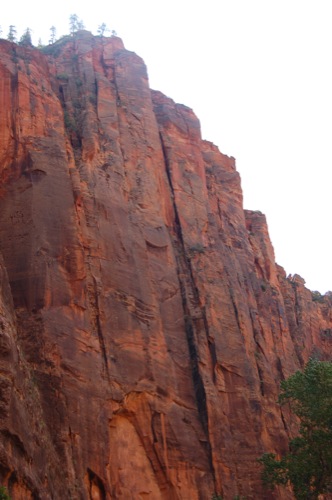 Macey called these the Halloween Rocks. Get it? orange and black. 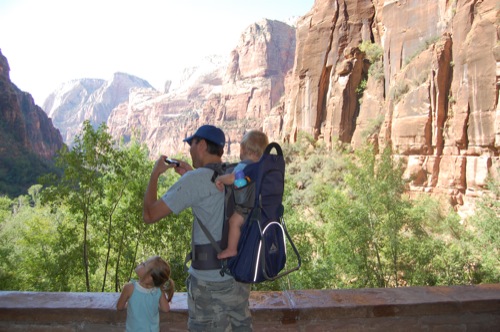 Checking out the view at Weeping Rock. I’m probably the only one that finds this entertaining, but Macey was singing to the rock to try to make him happy. She was quite concerned with why the rock was crying/weeping. I love 3 years old. 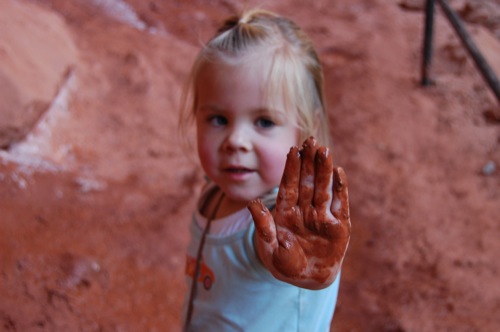 Macey’s favorite parts about the hikes were the sand and mud. She was quite the sight by the end of the day. Good thing we had the hotel pool to get all the dirt off of her. 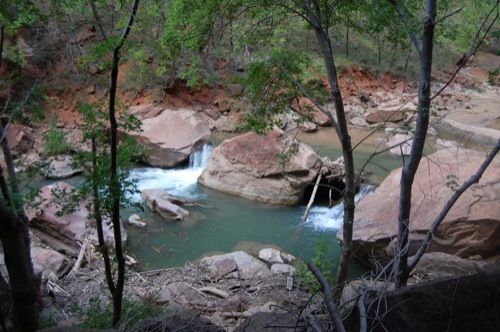 I could of stayed by that river all day. 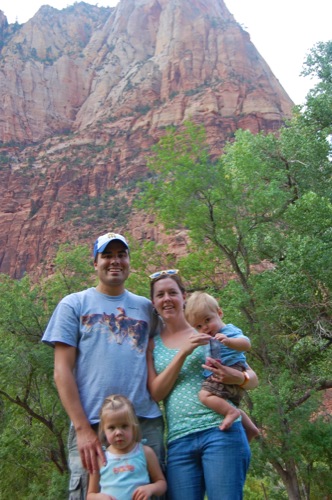 Zion’s, we will most definitely be coming back.

And maybe next time we’ll bring some more people with us.