Paul came home from work yesterday with a surprise for me, WII FIT! 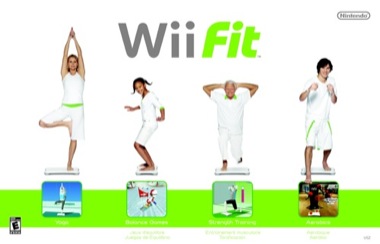 I was of course excited, I had told him I wanted this for my birthday, but that’s in another 4 months. He said he got it for me because I had a bad week. I didn’t think my week was that bad, but obviously I complained alot. opps. It wasn’t my best or worse week, but Macey was extremely opinionated this week (but she is 2 now) and I’ve been feeling a bit gross and chubby since I quit going to the gym (I got sick of it). Obviously I’ve been taking it out on Paul, sorry. :) I think he’s hoping my use of the Wii Fit will help to produce some more endorphins in me and make me happier. I think he’s right!!!

I guess I should have bad weeks more often, they seem to pay off.