Paul and I went to Park City to celebrate our 5 year anniversary and thanks to our friend Trina we got to leave Macey behind. We stayed at a resort in Deer Valley and it made me almost want to become a skier, so I could go there more often. After dinner on Main Street we went back to the resort and had the sweet heated pool all to ourselves. We did lots of tricks on the water-slide and practiced swimming like Michael Phelps. 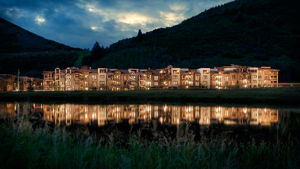 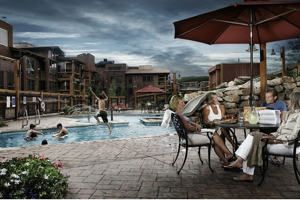 On Saturday we headed up to the Park City Ski Resort. Paul and I decided to race down the Alpine Slide. Paul actually took the early lead, but unfortunately for him he caught up to the guy in front of him about 30 seconds into the ride and this slowed him down considerably. I didn’t catch up to the guy on my track until just a little before the end, so I won by a landslide. The coaster was by far the best though, because we could go fast the entire time. We decided to go in the same sled so we’d go faster and I’m glad we did. I don’t know why I didn’t hear other people screaming, maybe they weren’t pushing all the way forward, but I defiantly got some good screams in. 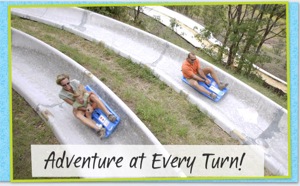 (I stole all these pictures from their websites. Someone, whom I won’t name here, forgot to put the battery in the camera). :(