Aug 27, 2015
Besides the people, the highlight of Pearrygin is the boating activities (with said people). 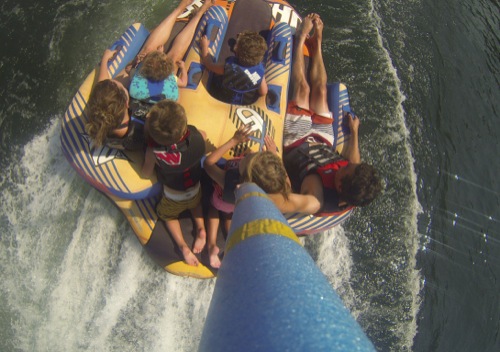 The Gopro has kind of been the best when it comes to behind boat activities, because it allows us to get pictures we normally couldn't.

And capture these kinds of faces. 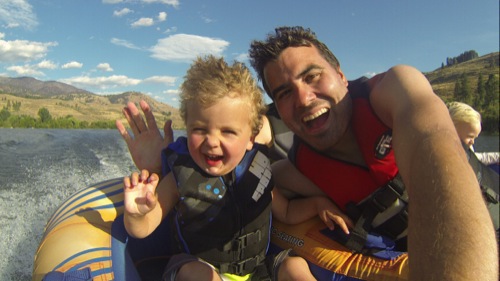 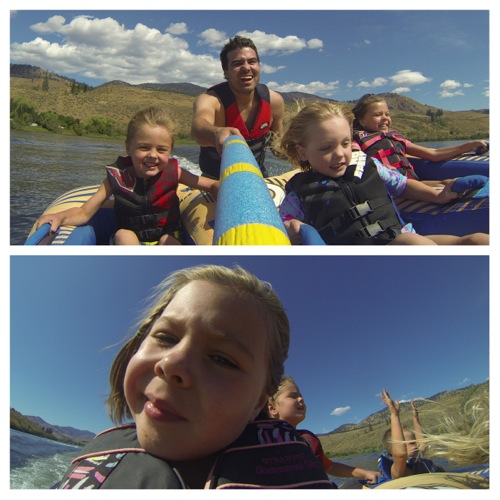 Macey started taking the Gopro on the kid GTX rides and she felt like a big deal.  We found lots of awesome selfies like this on the roll.

Kneeboarding was a very popular activity this year and I believe all the kids 5 and older gave it a try.


Miles wanted to go on the back of Paul's kneeboard, like he did 2 years ago. 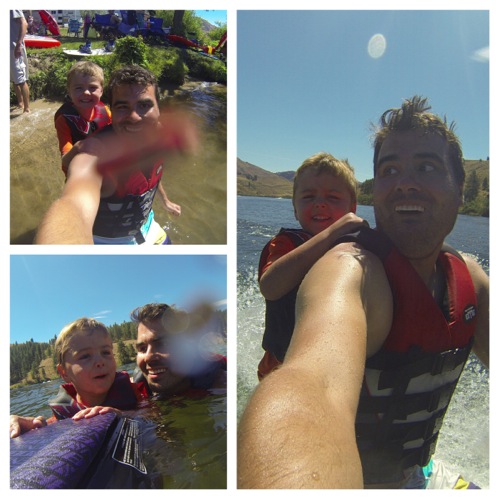 But, it proved not to be as thrilling as he remembered, so he decided to try going on his own kneeboard. 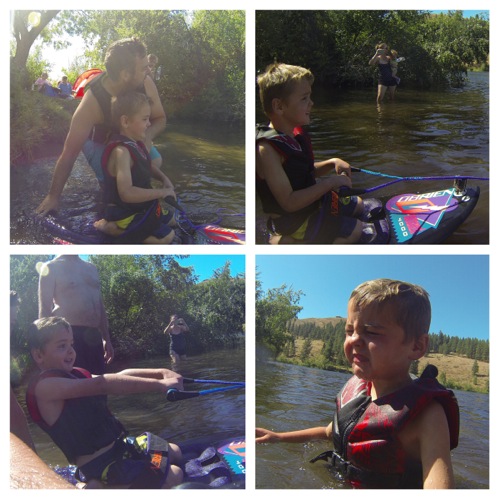 He didn't make it too far on any of his attempts, but I was so proud of him for trying!! 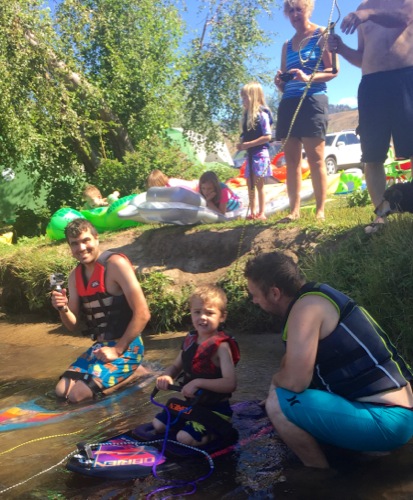 Macey and Owen were the daredevils of this trip.  Trading places on the GTX or double kneeboarding without an adult were just a few of the new things they tried. 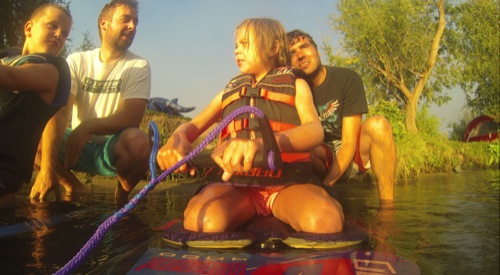 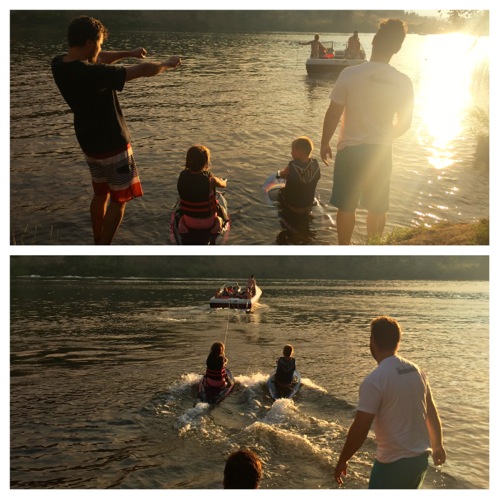 I think Macey will be ready to try 360's on our next Pearrygin trip. 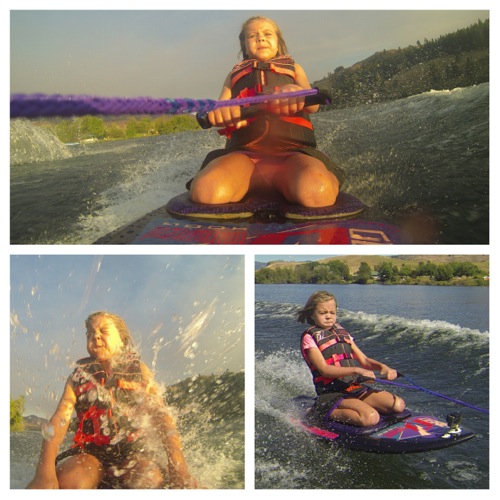 The GTX once again proved to be the favorite mode of behind boat transportation. 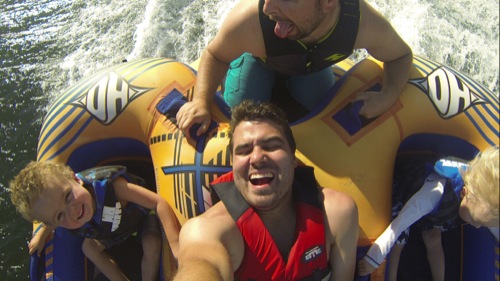 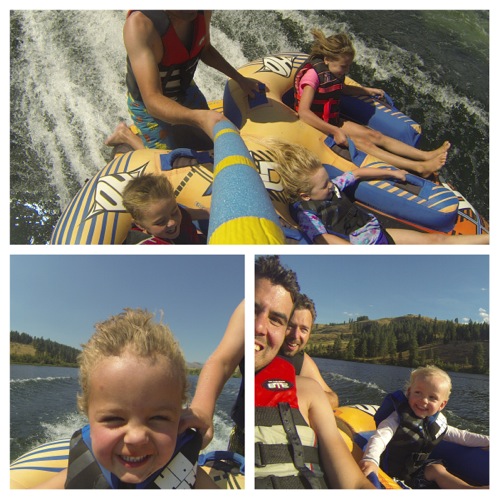 We of course had to get in our family ride. Ruby actually didn't seem to mind too much and actually smiled and laughed a few times. 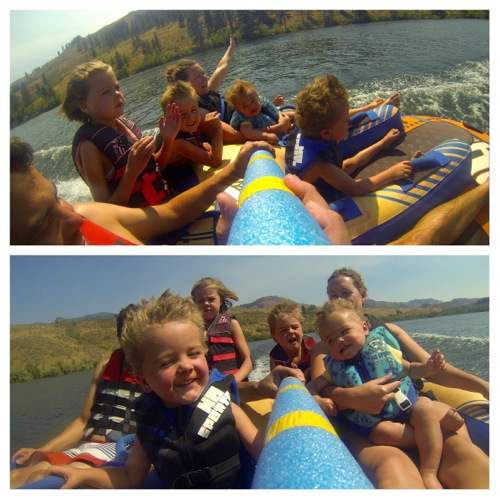 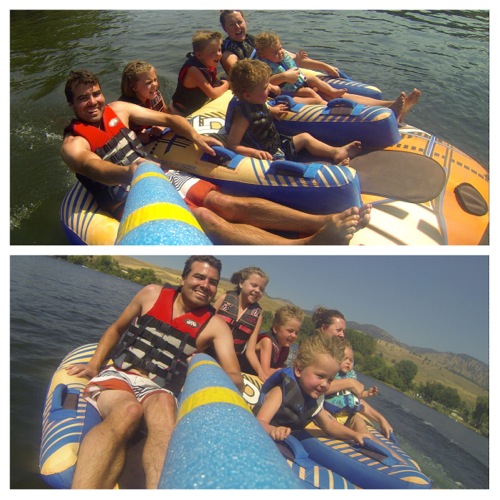 The Rensink's even stopped by for an hour, so we made sure to get the kids on a GTX ride together. 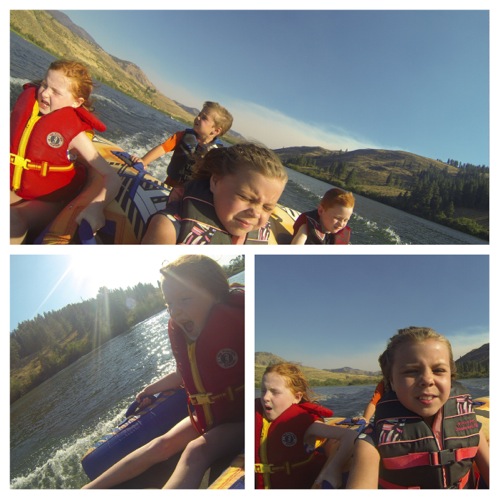 I think it was enough to convince them to come to Pearrygin for more than an hour next time.

We were able to squeeze in a few adult only rides and I haven't laughed like that in a LONG time. 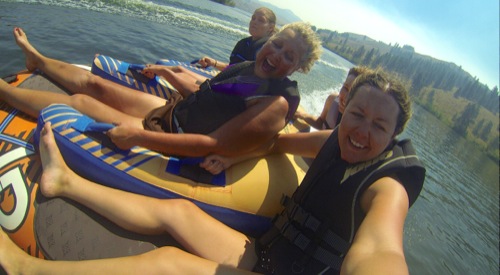 It was good for my soul. 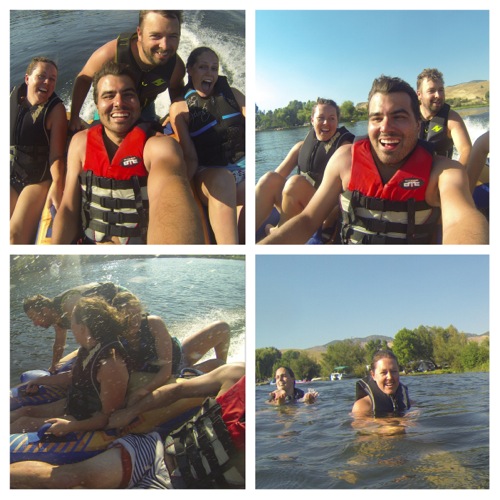 People did more than just ride the GTX and kneeboard, but I don't really have many pictures of that.  But, here's a pic to prove my kids have the coolest grandparents around. 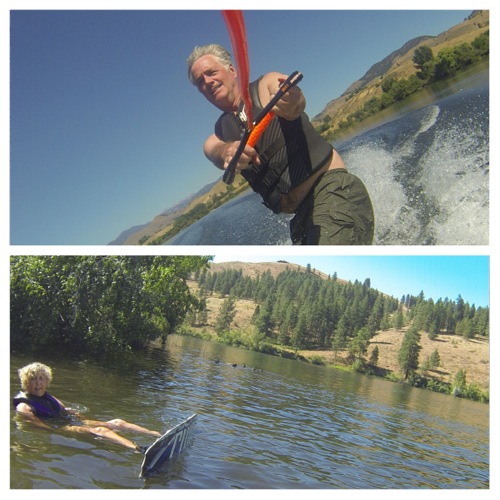 Towards the end of the week, when we'd made sure to get enough use of the blowup animals, I let Paul and Christopher take them behind the boat. 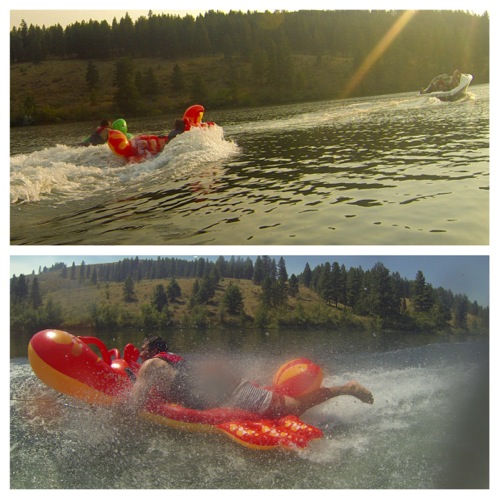 It was extremely entertaining and we became the talk of the campground. 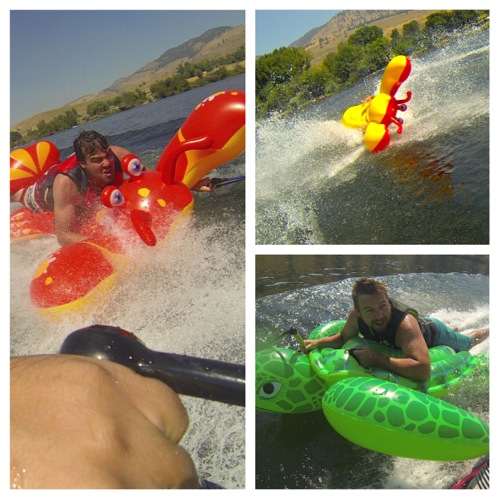 Never a dull moment.  And only the Turtle didn't survive, not too bad.

We also stuck Crew in the boat, ALOT, to keep him out of trouble.  Usually he got a little nap in and was contained for a few moments. 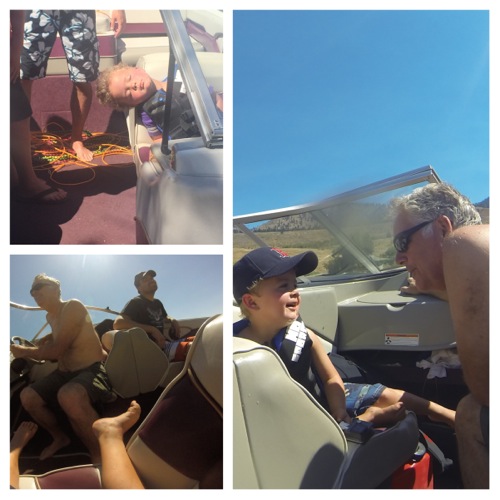 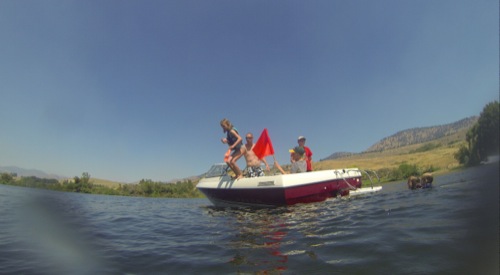 There was of course some sleep deprivation and the late afternoon whineyness from all ages (me included). But, I loved watching my kids making the same memories at Pearrygin that I did.  Pearrygin was the highlight of my year as a kid, and I'm glad it's turning out to be the same for these kids. 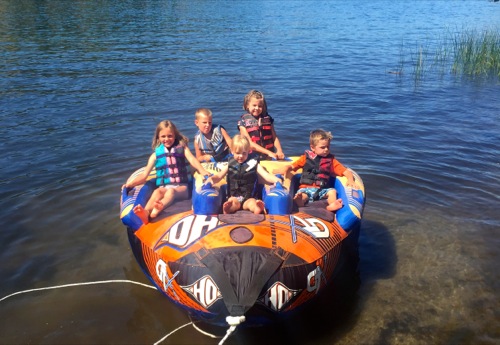 Tags: pearryginsummerboatcousinswashington
JB
We're so glad you could come. This has always been the best times. A lot of good memories for everyone. We will always talk about our Pearrigin trips.
angie
That's pretty cool.